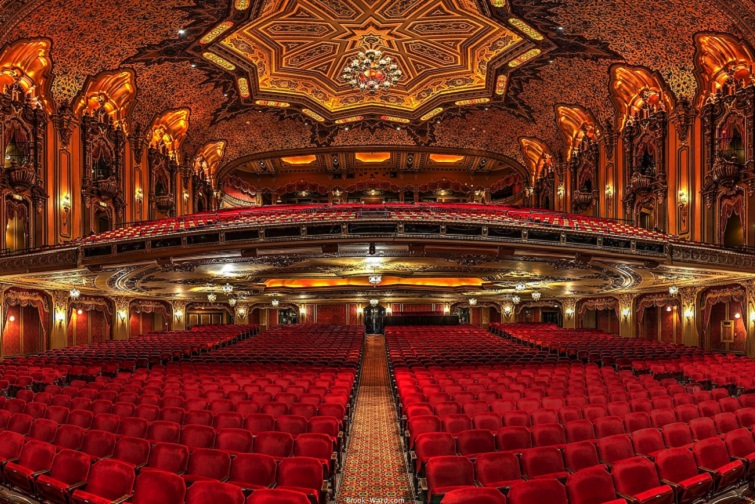 As the years pass, Columbus’ arts community only gets larger and more thriving. Moving away from the visual art realm, we wanted to put a spotlight on the city’s live theatre scene, and to explore the history of some of our favorite venues. Whether you’re looking for laughs, drama, or something for the kids, here are ten places to get your theatre fix in the city. 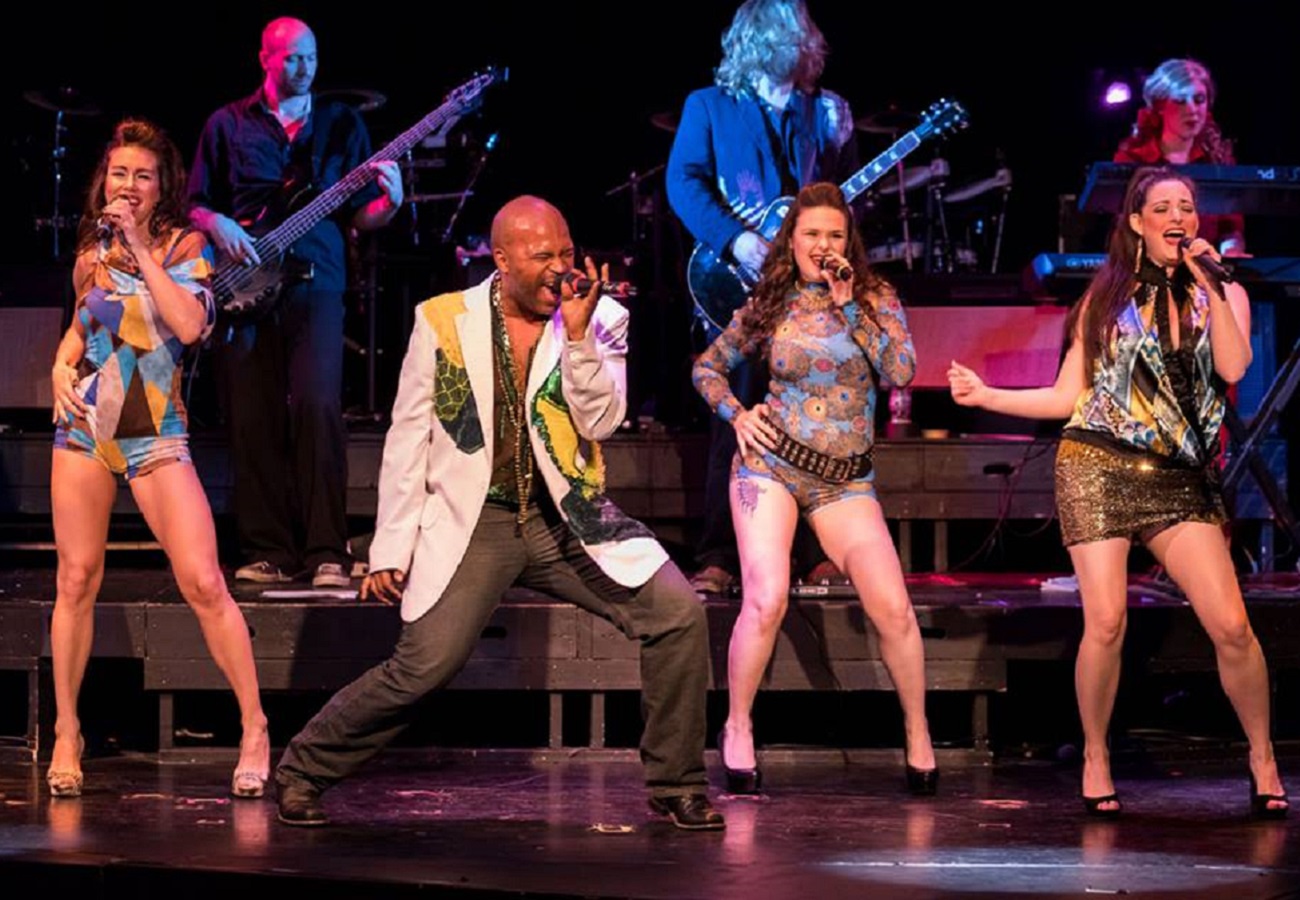 The award-winning nonprofit performance troupe Shadowbox Live is truly an institution for theatre in Columbus, hosting a plethora of original works on evenings and late nights year-round. Established in 1988 as an all-volunteer ensemble, the group has made and relocated their home base at several locations including the Arena District, Downtown, and Easton, until it found its current home in the Brewery District in 2011. The location now includes a main stage, a Backstage Bistro for visiting performers, and also offers food, a bar, and gift shop, all which are troupe member-operated. Shadowbox continues to dazzle audiences with their high-energy, edgy, sexy, self-produced rock operas & musicals, cabaret & dance performances, and sketch comedy shows that are both tickling and tantalizing. More info >> 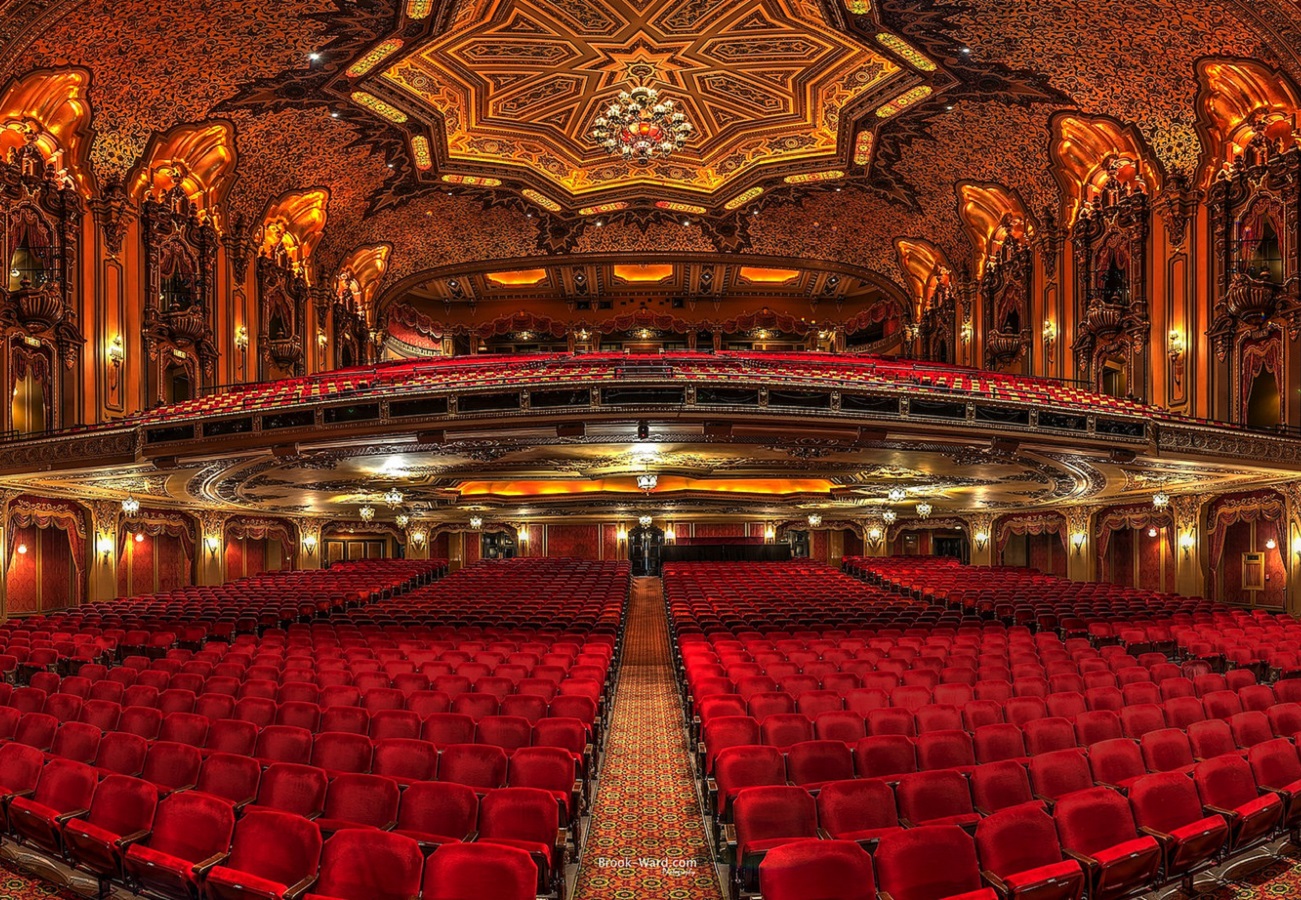 CAPA, the Columbus Association for the Performing Arts, manages a number of local theaters and is known for hosting dozens of original and Broadway shows across the city. The organization was originally founded as an effort to rescue the historic Ohio Theatre, a 1928 million-dollar movie palace that was demolished in 1969. With fundraising efforts, CAPA was able to restore the space, staying true to the original Spanish Boroque design with intricate carvings, red velvet seats and curtains, opulent, gilded ceilings, and a giant chandelier. Since its revitalization, the Ohio Theatre has become home to the Columbus Symphony Orchestra and BalletMet, and hosts over 100 yearly CAPA shows and Broadway plays like Wicked, The Lion King, Hello! Dolly, and many more. More info >> 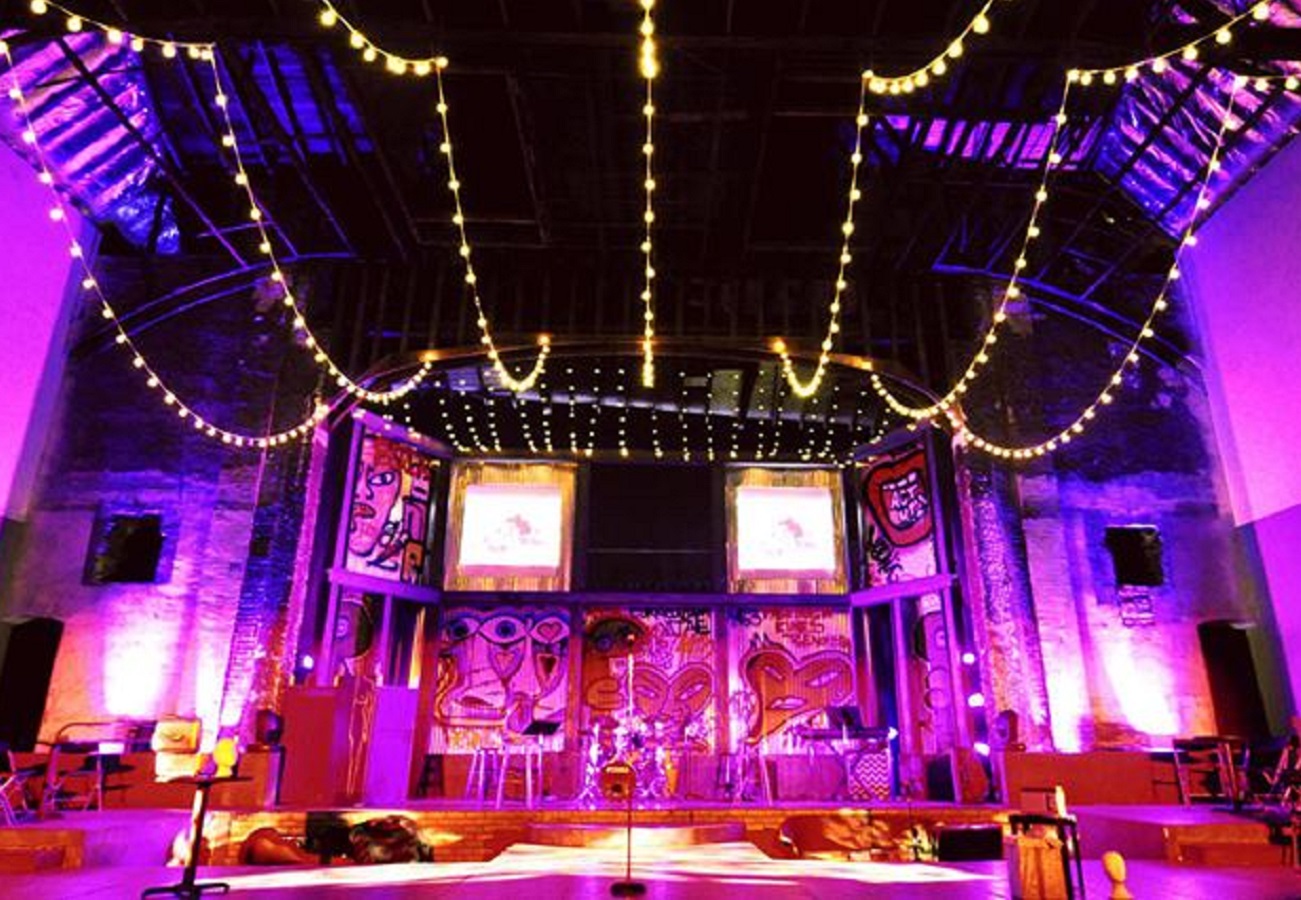 With such a thriving arts scene, it’s no surprise that the Short North also boasts several performance venues, one being the historic Garden Theater, home to the Short North Stage theatre company. The establishment has quite a colorful history, evolving from a vaudeville and movie emporium in the 1920s to a notorious strip club and porn theater by the 1980s. In 1996, the Garden was bought and later sold by a local church, then in 2011 was taken over by the Greater Columbus Arts Council, who provided a grant for long-term renovations on the facility. Today, the 150-seat Garden Theater hosts shows from the Short North Stage and visiting troupes, Broadway classics like Dreamgirls, Hair, and Hedwig and the Angy Inch, and other events like puppet shows, readings, and concerts. It also features an adjacent small-capacity Green Room stage for intimate cabaret and comedy shows, and Ethel’s Lounge, a speakeasy-style cocktail bar. More info >> 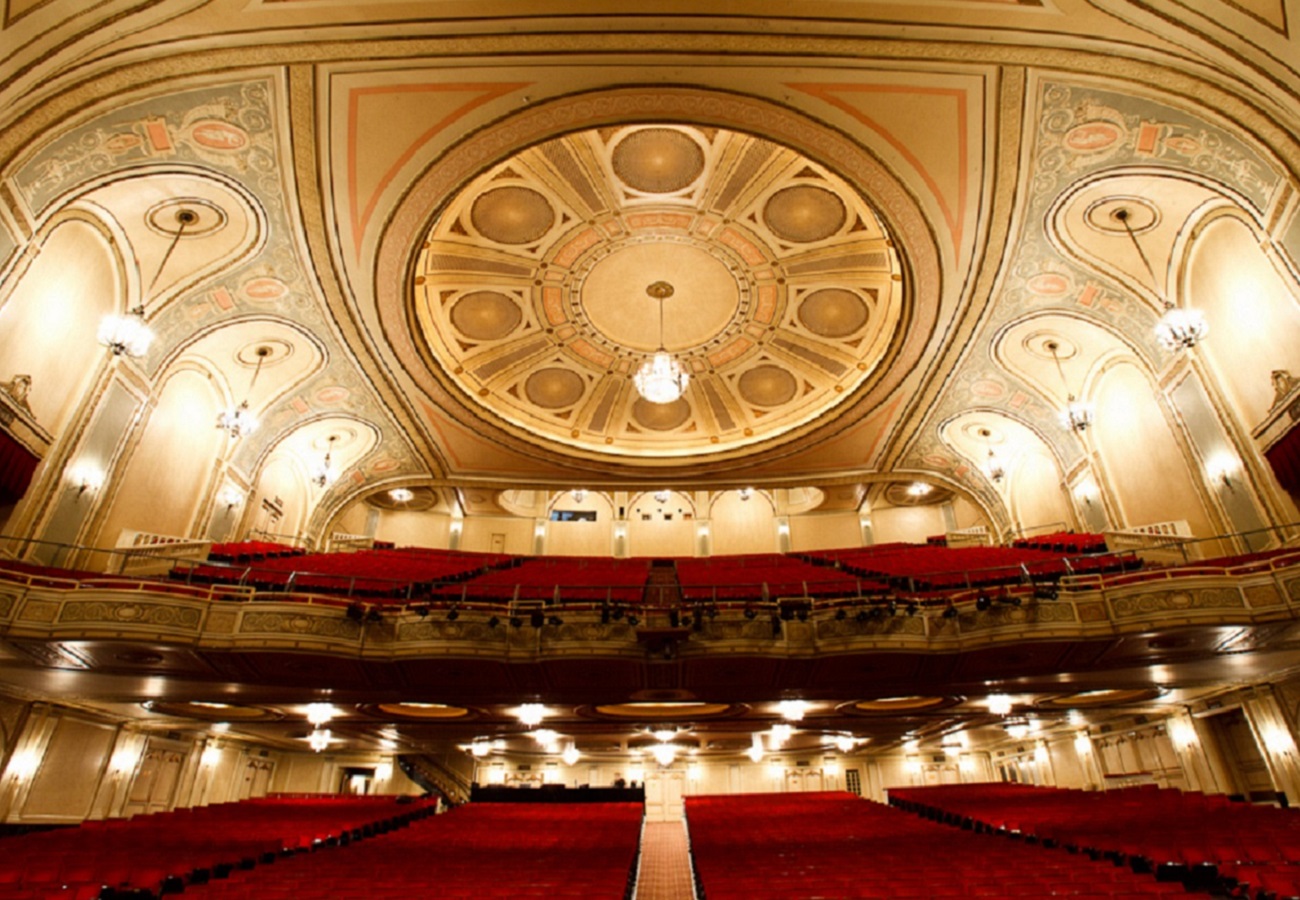 Situated at the base of the LeVeque Tower downtown, the Palace Theatre is another CAPA-owned venue that is a staple for live entertainment. Opened in 1926 as a vaudeville house, the space was designed with particularly excellent acoustics to accommodate performers who had to be heard without electronic amplification. The theatre is also quite visually lush, designed with inspiration from France’s Palace of Versailles. It boasts a grand staircase, fountains and chandeliers, 2,827 seats, and elegantly-carved ceilings, all truly chateau-worthy. The theatre hosts CAPA plays and concerts, Columbus Symphony Orchestra and Jazz Arts Group specials, and Broadway shows. More info >> 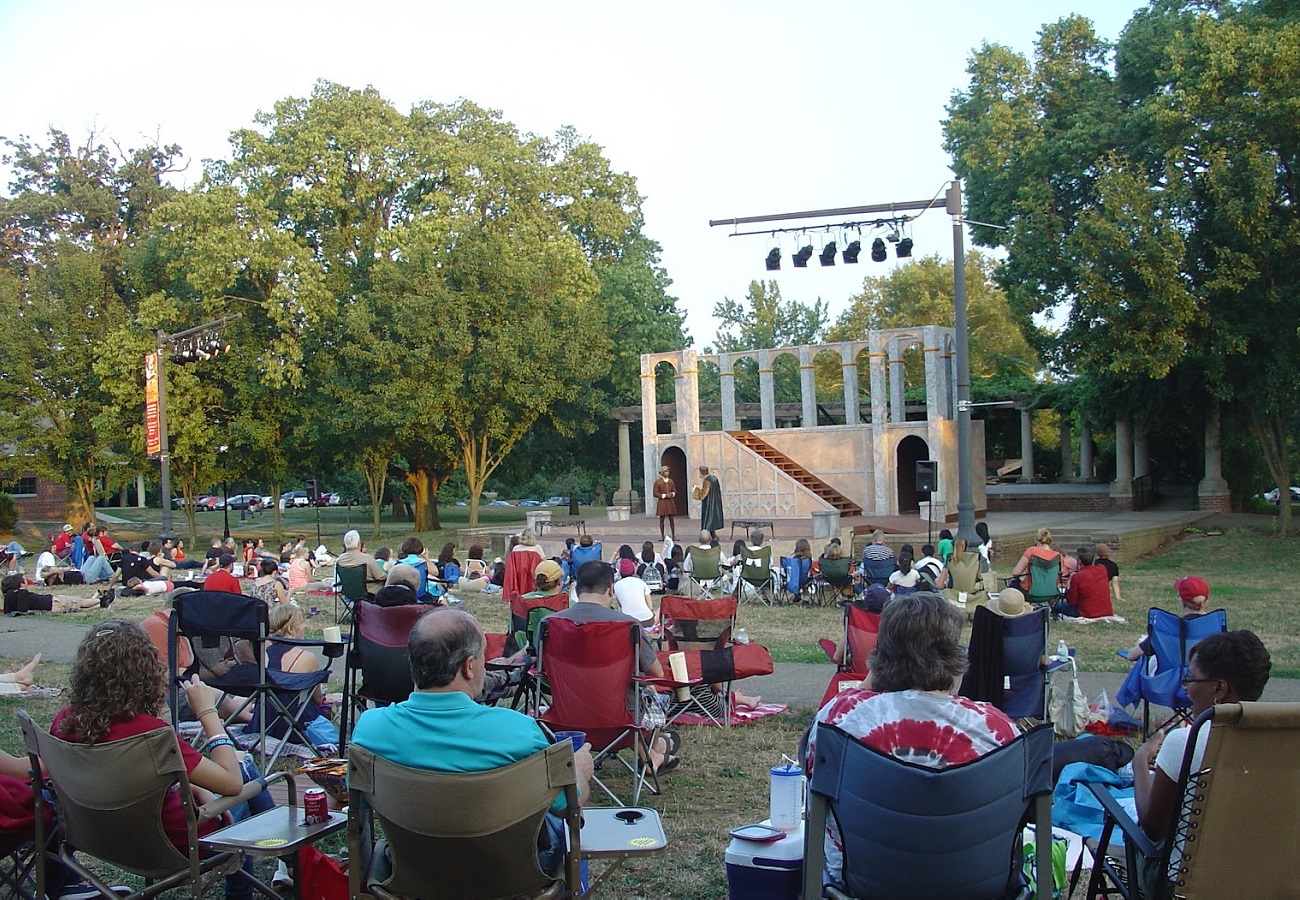 Although fall marks the end of the season for the Actors’ Theatre of Columbus, the group still makes our list for their not-to-miss outdoor shows popular during the warmer months. Since 1982, the group has spent their summers performing tales from Shakespeare and other literature classics on the Amphitheatre Stage at Schiller Park in German Village. Their plays offer a wonderful chance to enjoy some fine entertainment while pulling up a blanket & picnicking in the park. More info >> 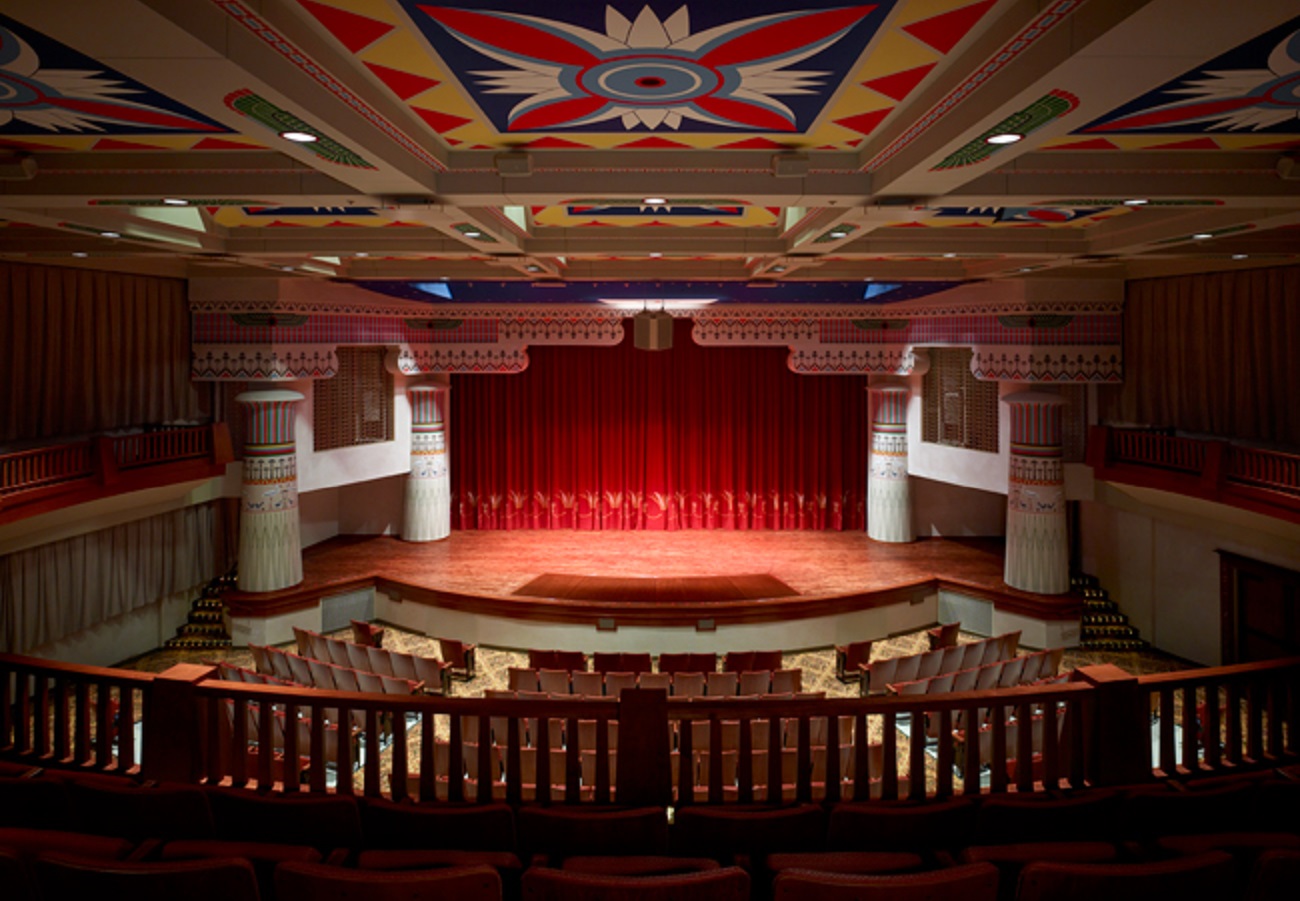 Nestled in the heart of the King-Lincoln District on the east side of Columbus is the Lincoln Theatre, a beloved gem to the neighborhood since 1928 and entry on the National Register of Historic Places. Originally known as the Ogden Theatre and Ballroom, the location was a hotspot for movies and live jazz amongst the area’s affluent African American community in the 1930s & 40s. In ‘60s and ‘70s, heavy highway construction displaced over 10,000 people in the area, leading to the theatre’s closing of three decades, until Mayor Michael B. Coleman began revitalization of King-Lincoln in 2002. CAPA has since taken management over the Lincoln, investing $13 million in renovations to the 566-seat Egyptian Revival-style space. The venue now hosts readings, concerts, and plays with CAPA, Wexner Center, the Lincoln Theatre Association, and other resident and visiting groups and artists. More info >> 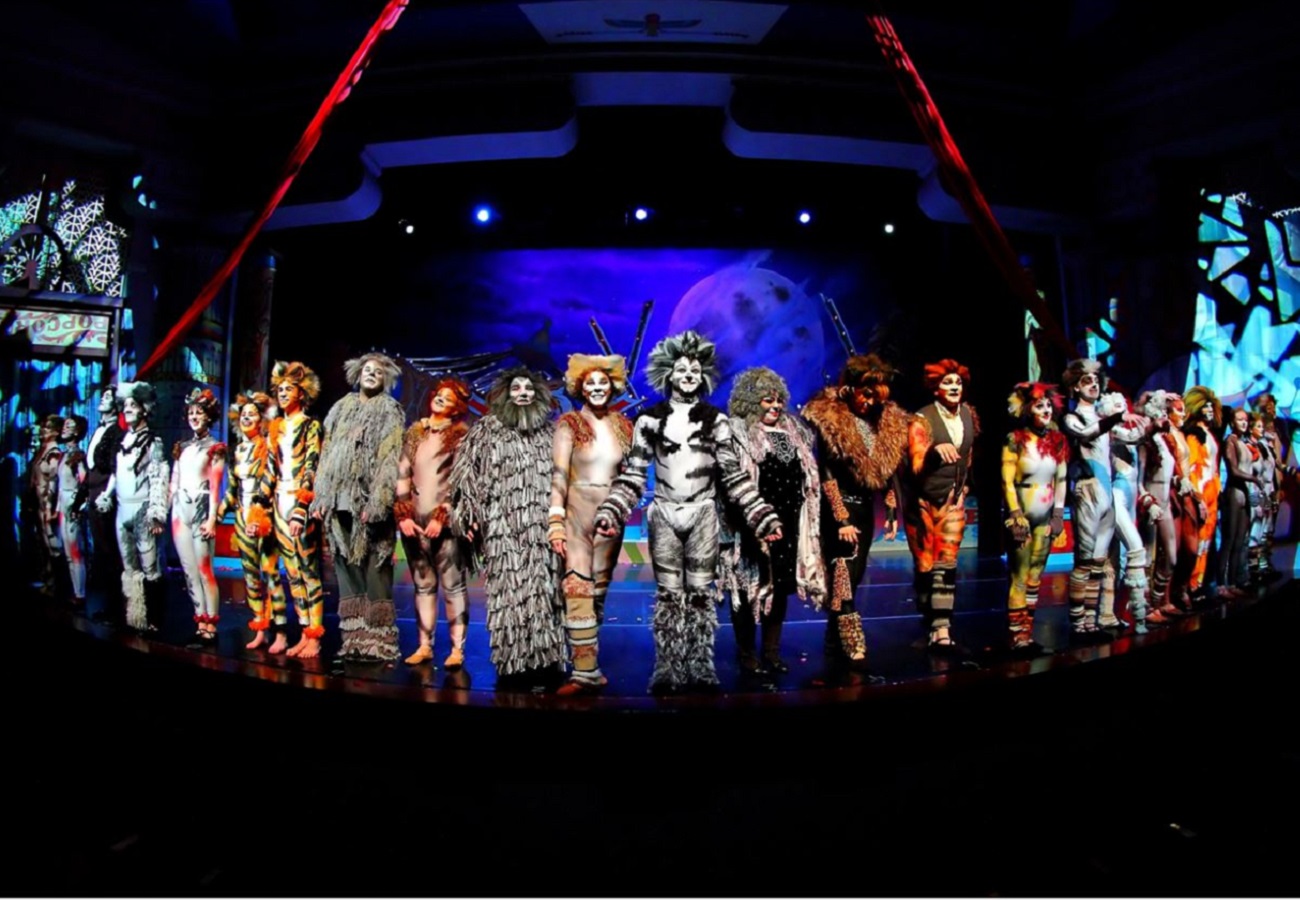 The candy-colored painted exterior of the Columbus Children’s Theatre sits between the bustling nightlife venues that line downtown Park Street. The location has been the go-to for live entertainment for kids of all ages for over 50 years, each month spotlighting one play like The Lion, the Witch & the Wardrobe and Annie. The theatre also hosts touring plays for local schools and other events, education programs for children, and even sensory-friendly performances to accommodate kids with special needs. More info >> 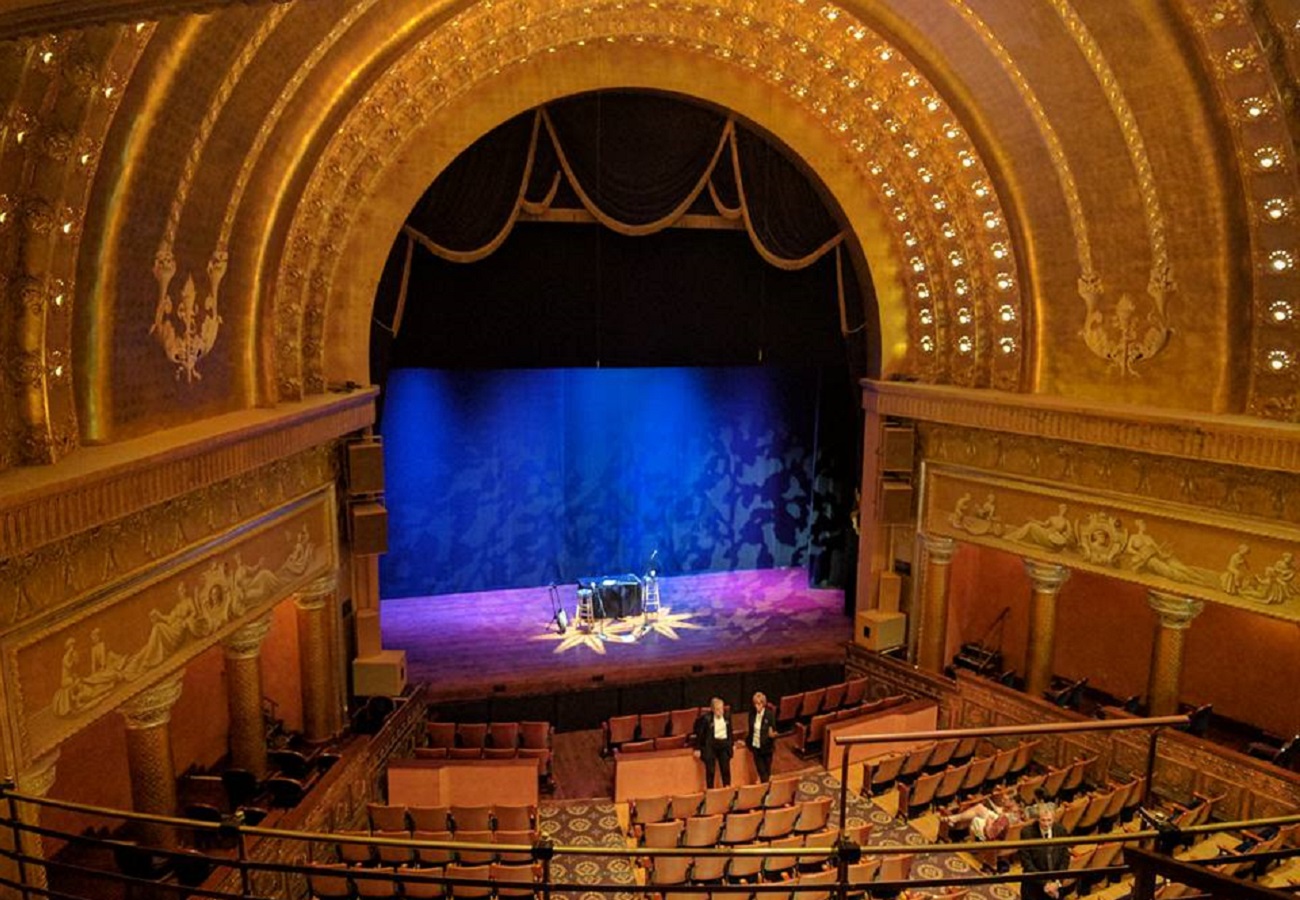 Holding the reputation as the oldest surviving theatre in Central Ohio, the Southern Theatre has been bringing live entertainment to the city since 1896. After fire destroyed 5 downtown theatres in 1889-1893, it was established as the Great Southern Fireproof Hotel and Opera House, one of the first facilities in Columbus to use electricity. The location hosted touring theatrical productions until it was sold and renovated into a full-time movie house by the 1930s, and was later closed, re-bought, and gifted to CAPA by the ‘80s. After a fundraising drive, CAPA spent 14 months restoring the theatre, which now boasts 925 seats, giant blue stage curtains, and stunning golden arched ceilings. It hosts various CAPA concerts and shows and is home to the Columbus Jazz Orchestra, the ProMusica Chamber Orchestra, and Chamber Music Columbus. More info >> 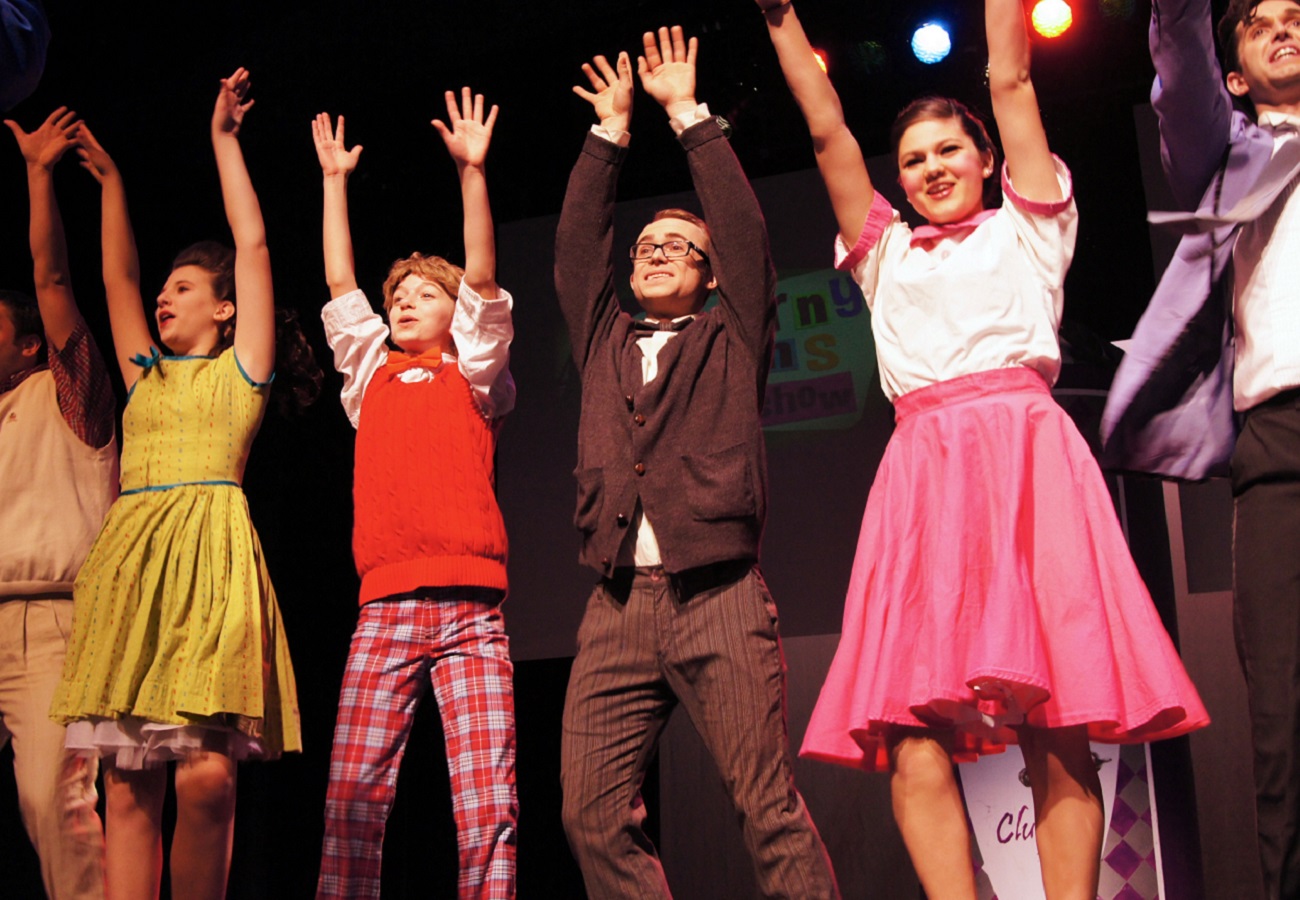 Columbus’ only Actors Equity Association theatre, CATCO, has produced over 200 plays in the community since being founded as a nonprofit in 1986. After years of hosting shows at locations including the YWCA and the Vern Riffe Center, CATCO partnered up with CAPA and eventually merged with what was once the Phoenix Theatre for Children, adding dozens of kids’ education programs and performances to its events calendar. In addition to their spectacular children’s branch, the company also offers dozens of adult-friendly performances of Broadway hits, Tony winners, and works by local and regional playwrights around the year at the Riffe Center studio space. More info >> 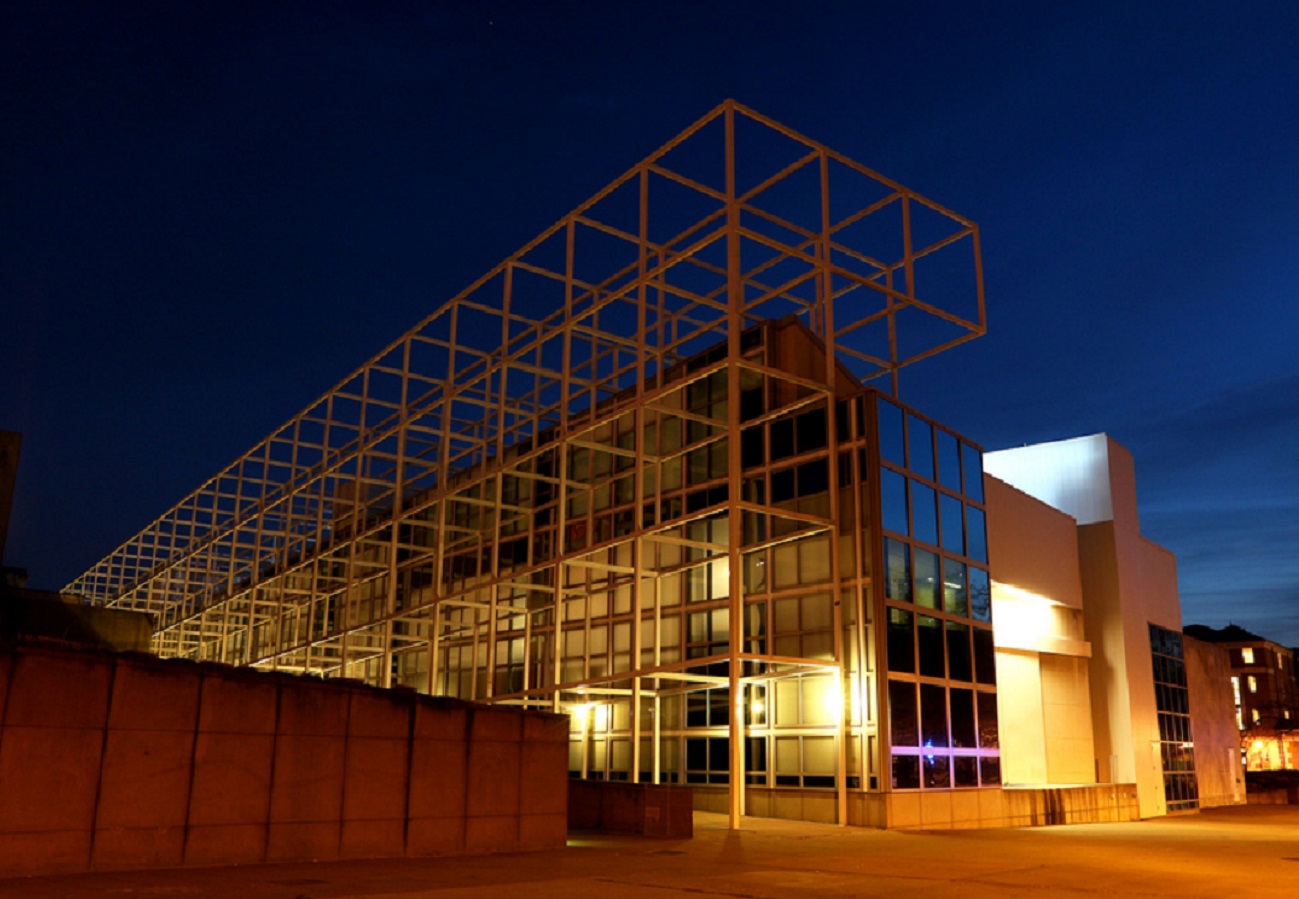 Wexner Center for the Arts

OSU’s Wexner Center for the Arts is a popular spot for all mediums of creativity, hosting visual art exhibitions, film screenings, dance, and theatre performances, and more at their location in the heart of campus. The establishment boasts two stages, one of which is the intimate Performance Space, a “black box”-style room that can be transformed and customized for shows admitting 250-550 attendees. The other is the Mershon Auditorium, which includes 2,500 seats on a main floor and balcony, an orchestra pit and great acoustics, plus full back-house facilities for performers. More info >>