6 Columbus Barcades for Getting Your Game On 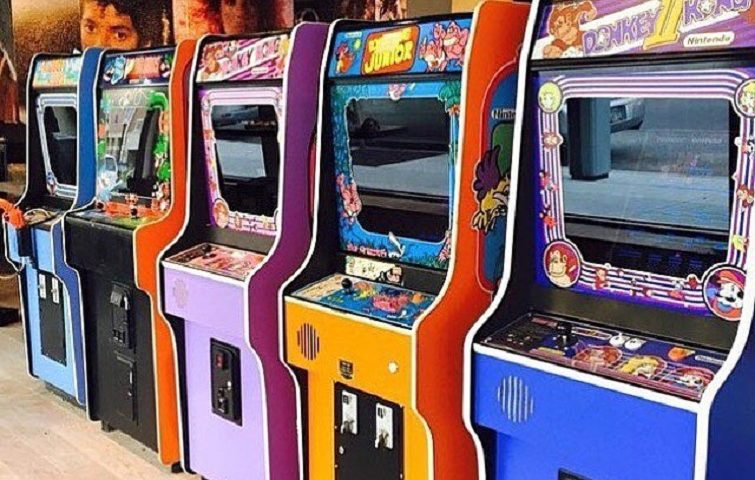 Arcade games and alcohol: a simple yet ingenious pairing that has earned much appreciation in recent years thanks to the sweeping trend of barcades across the country. These gaming and drinking meccas offer a fun, unconventional way to spend a night out, and satisfy patrons’ senses of both nostalgia and amusement. The barcade is no stranger to the folks of Columbus, as the city boasts several hotspots of this variety. Here are a few of our all-time favorites. Game on! 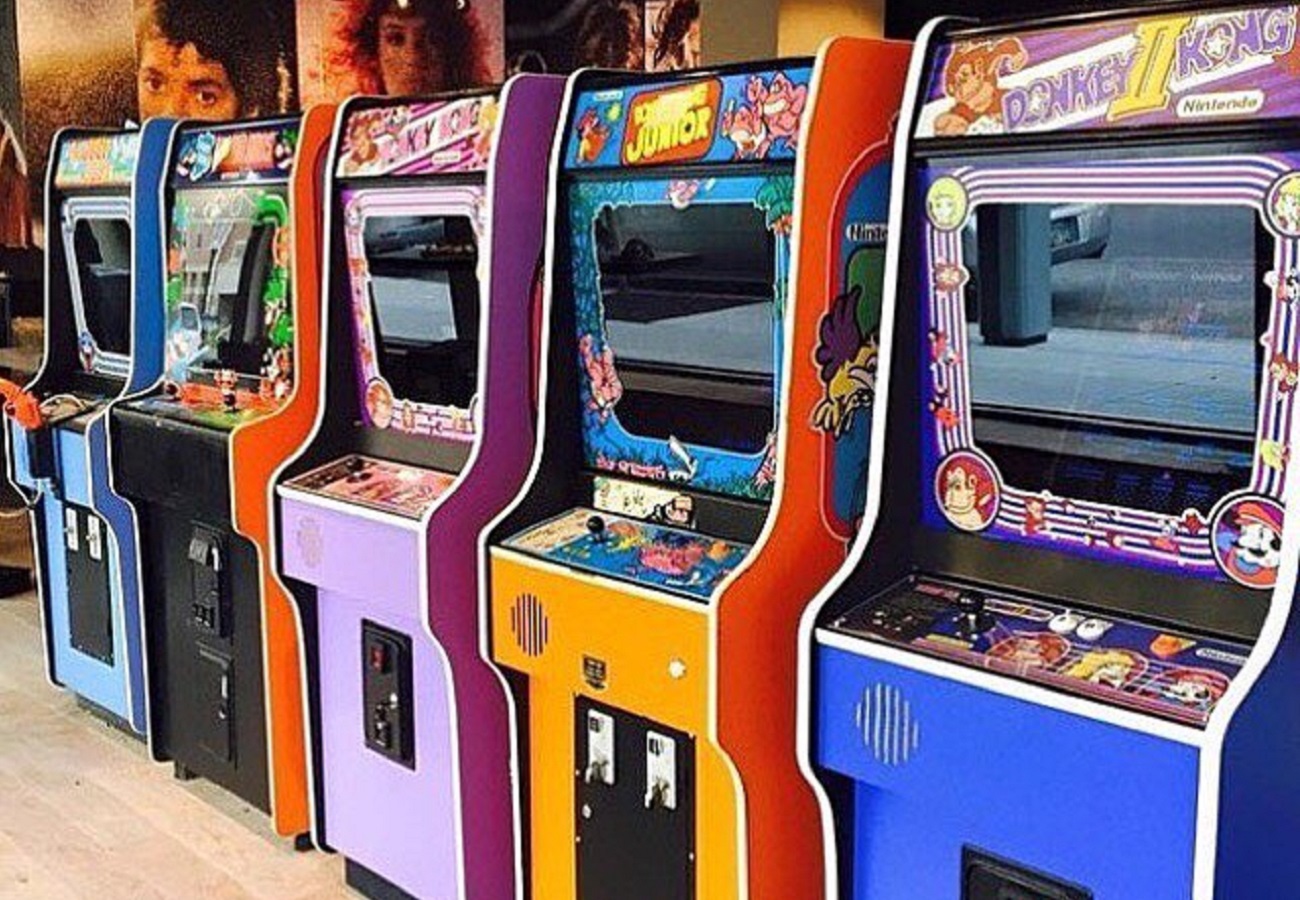 16-Bit was truly one of the first establishments to emerge in Columbus when the barcade trend first caught on. The funky Downtown watering hole often draws large crowds in for its big screen console gaming and collection of over 20 vintage arcade favorites like Pac Man, Donkey Kong, Galaga, and Space Invaders. All are free to play as long as guests enjoy something off the bar menu, which includes nearly 25 pop culture-themed cocktails and lots of craft brews. 16-Bit also allows features an out-front patio space with excellent downtown people-watching, and allows guests to bring in food from neighboring eateries like Dirty Franks & Hadley’s. More info >> 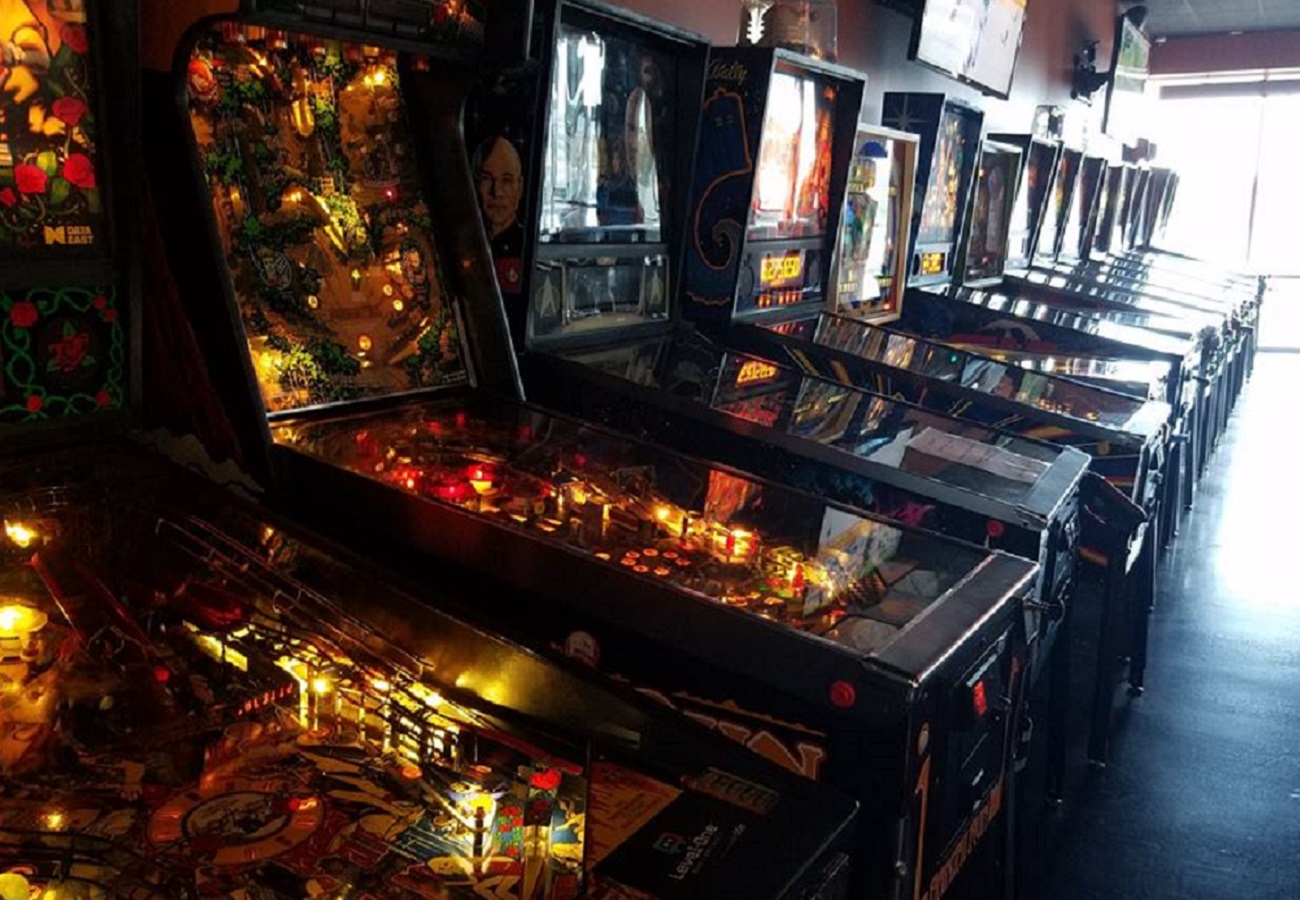 Boasting by far one of the largest collections of games & pinball machines in the city, Level One Bar + Arcade in the Crosswoods area is a hotspot for those who want a vintage arcade experience. With a mostly 1980s theme, the space features skee ball, console games, a plethora of 50-cent pinball machines, and arcade classics like Centipede, Asteroids, and Street Fighter, which are all free to play with drink purchase. Level One’s drink menu is comprised of 24 rotating craft beers on tap, various by-the-bottle brews, and fun signature cocktails. An ideal location for those who want to avoid the larger crowds often found at competing barcades, and a great place to visit after catching a movie at the neighboring Marcus Cinema. More info >>

With a name that actually includes the word “brew,” it’s obvious enough that Brewcadia is truly a beer lover’s barcade. Located in the Arena District by the Convention Center, the bar is owned by and situated just above Barley’s Brewing Company, the city’s oldest continuously operated brewpub. On the menu at Brewcadia are a whopping 40 different craft draught brews from Barley’s and beyond, as well as a variety of cocktails, and pizza & pub snacks. As for the gaming, the location features over 20 arcade games, pinball, skee ball, and a wide variety of board games, including obscure cult favorites and classics like Clue, Battleship, and Yahtzee. More info >> 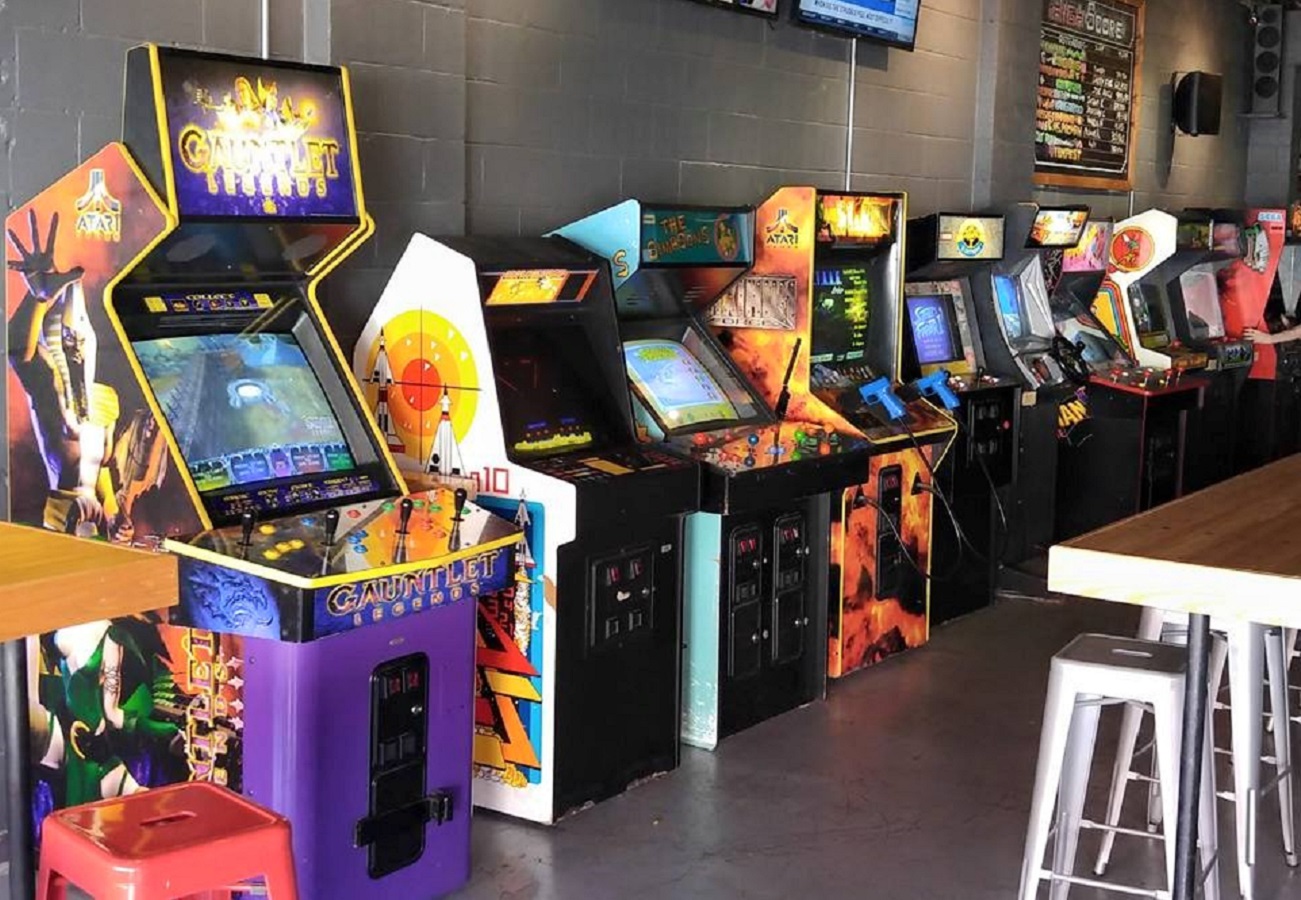 Nestled just between OSU campus & Clintonville is the Old North Arcade, a newer addition to the city opened in 2015 & expanded by the next year. Old North is one of the larger gamer bars in town, with two separate buildings featuring consoles, pinball machines, skee ball, air hockey & foosball tables, and nearly 60 vintage and new school arcade games ranging from Tron to DDR. Both spaces are connected by a large patio, which features a projector screen, cornhole, Twister, and giant Jenga. The bar’s drink menu includes a variety of over 25 gaming-themed cocktails & shooters, and several craft beers on tap. More info >> 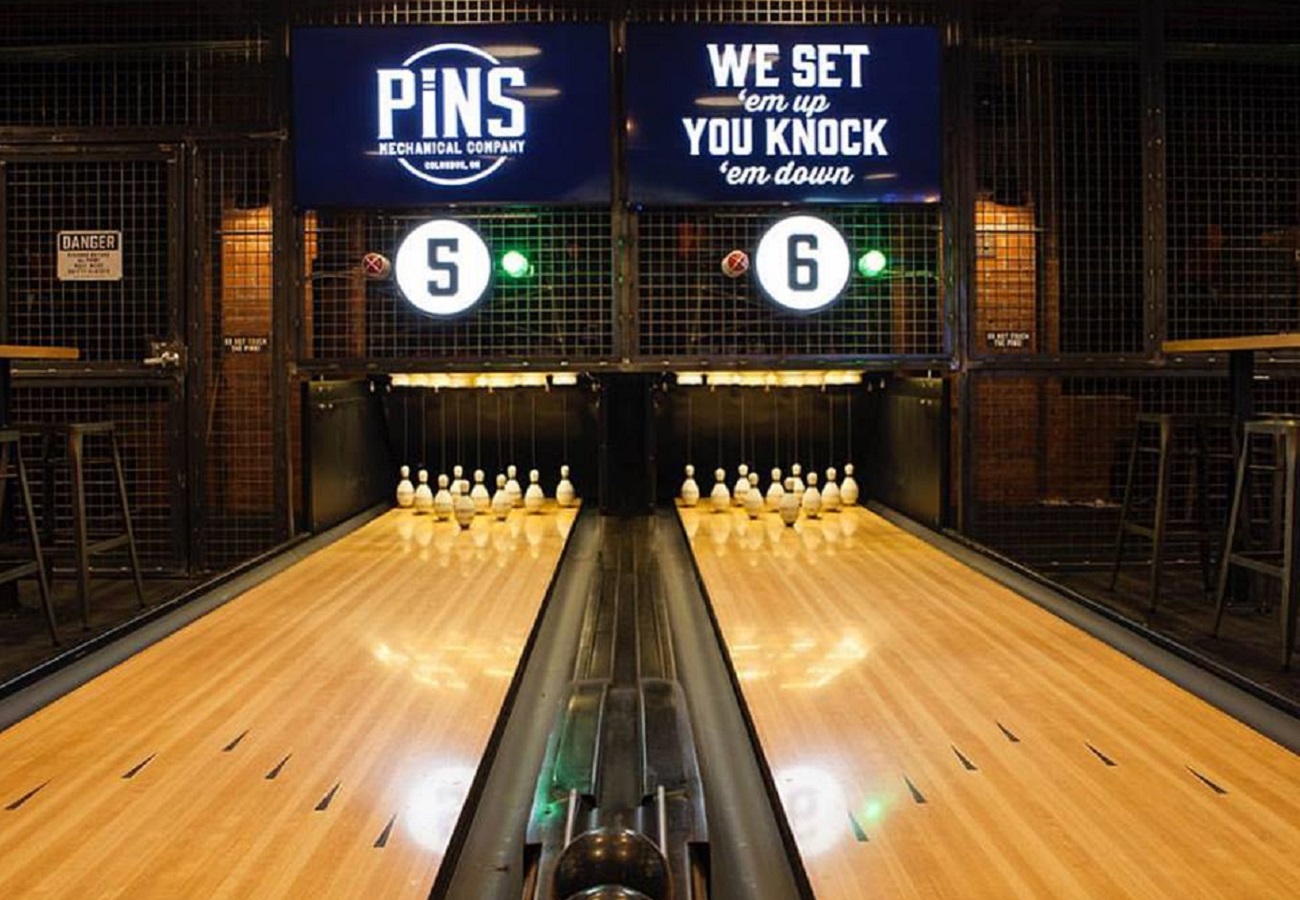 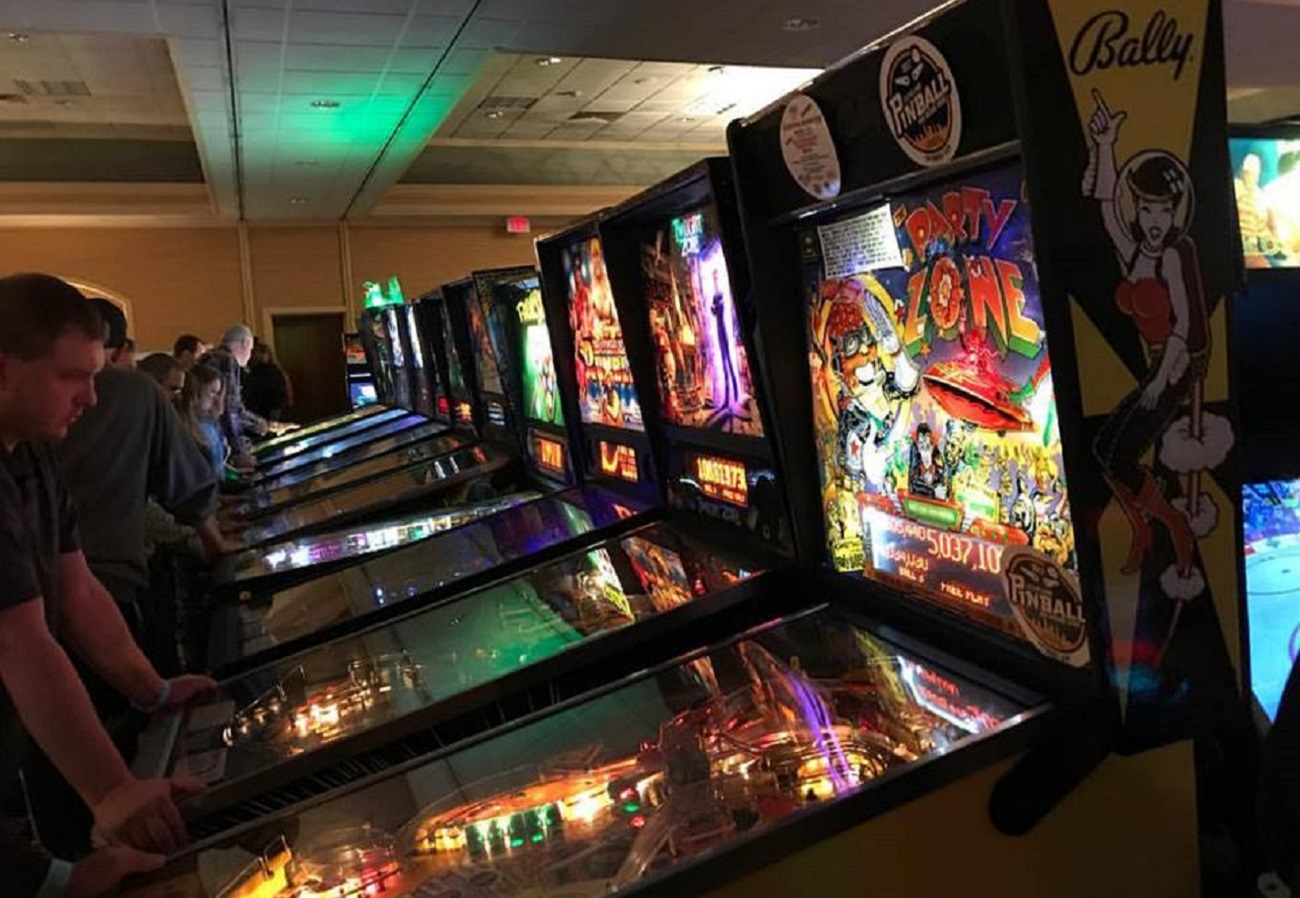 Arcade Super Awesome is another barcade that specializes in providing a truly vintage arcade experience. This location is dedicated to the 80’s & 90’s era of video games, arcade culture, and pinball, of which the space has over 15 machines. Although Super Awesome isn’t a bar in its own, it’s conveniently located just upstairs from one of the city’s best gourmet pizza restaurants, Yellow Brick. Here, guests will find delicious pies, a rotating menu of over 80 craft beers, plus a special cocktail menu just for arcade-goers. More info >>