7 Ways to Get Active Outside the Gym This Winter 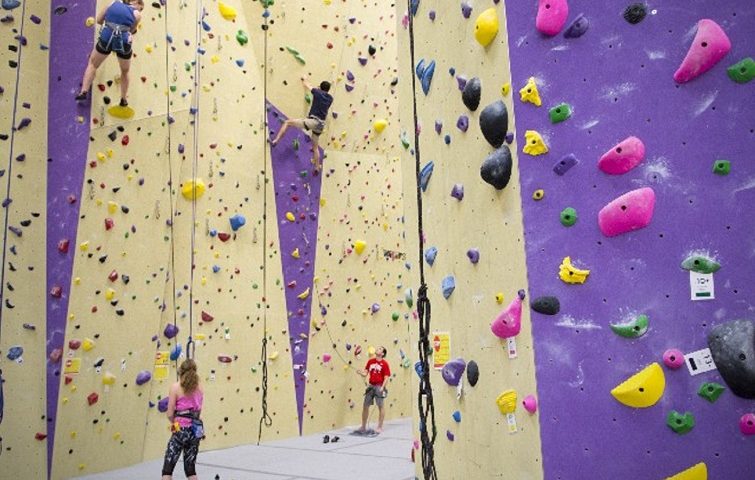 Some of the most common New Year’s resolutions involve physical activity, and often times, a gym membership. Unfortunately, many of us can’t stick to the weight room or the treadmill beyond the month of January. While many people turn to outdoor recreation during warmer months, it can be tough to find unique, fun physical activities outside the gym in the winter. Luckily, Columbus offers plenty of ways to reach your 2018 fitness goals while still having a good time this season. 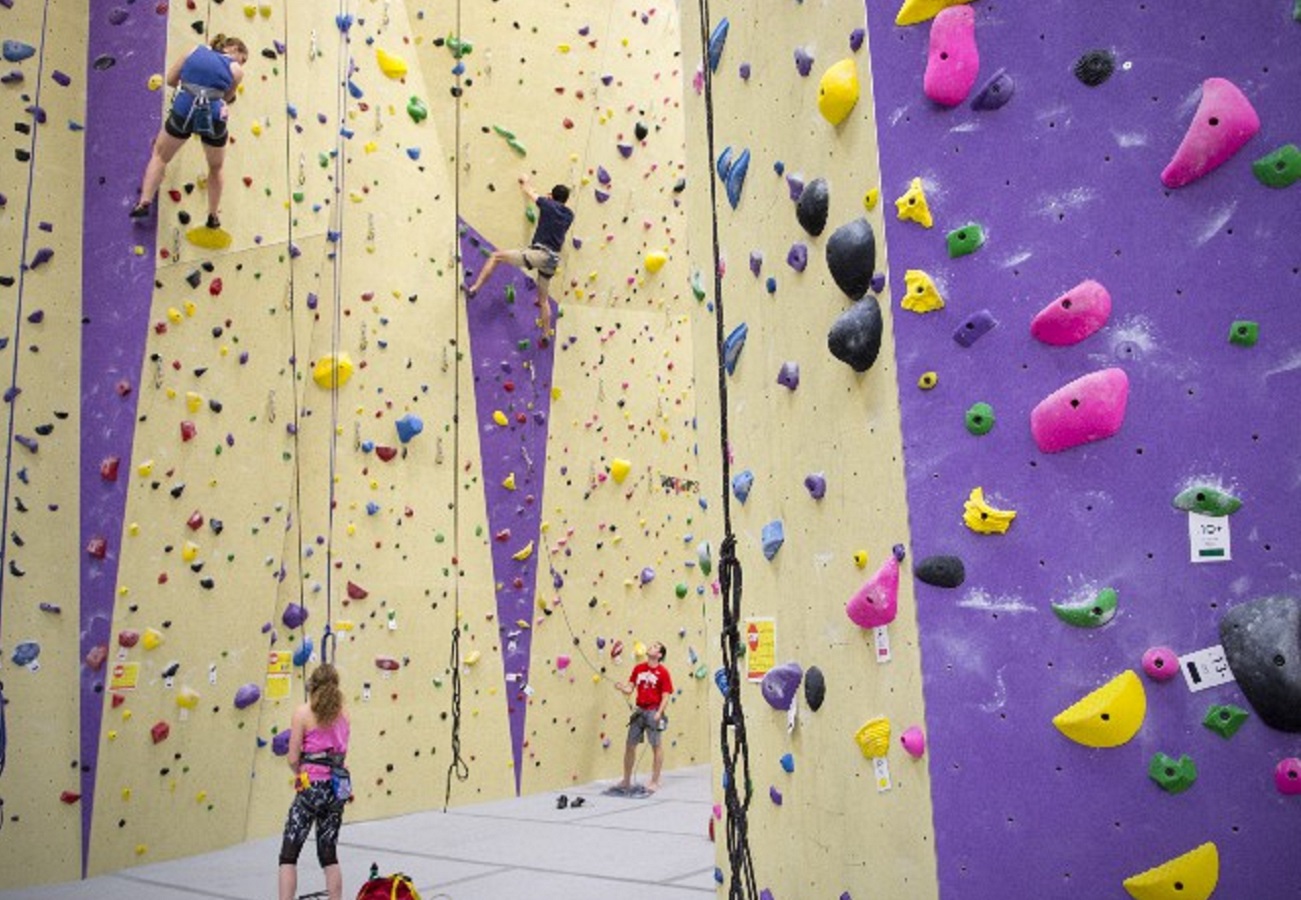 You can literally ascend to your New Year’s goals with the challenging, yet thrilling and mentally stimulating sport of indoor rock climbing. While strapped in to a safety harness & suspended by ropes, climbing requires the strength of your arms, legs, and core to interact with the multitude of protruding holds on your way up the wall. Don’t like heights? Try a bouldering wall, on which you climb horizontally instead of vertically. Head to one of Vertical Adventures’ three climbing centers, Kinetic Climbing & Fitness, OSU’s Tom W. Davis Climbing Center, or the Westerville Community Center to get your grips on this heart-pumping sport. 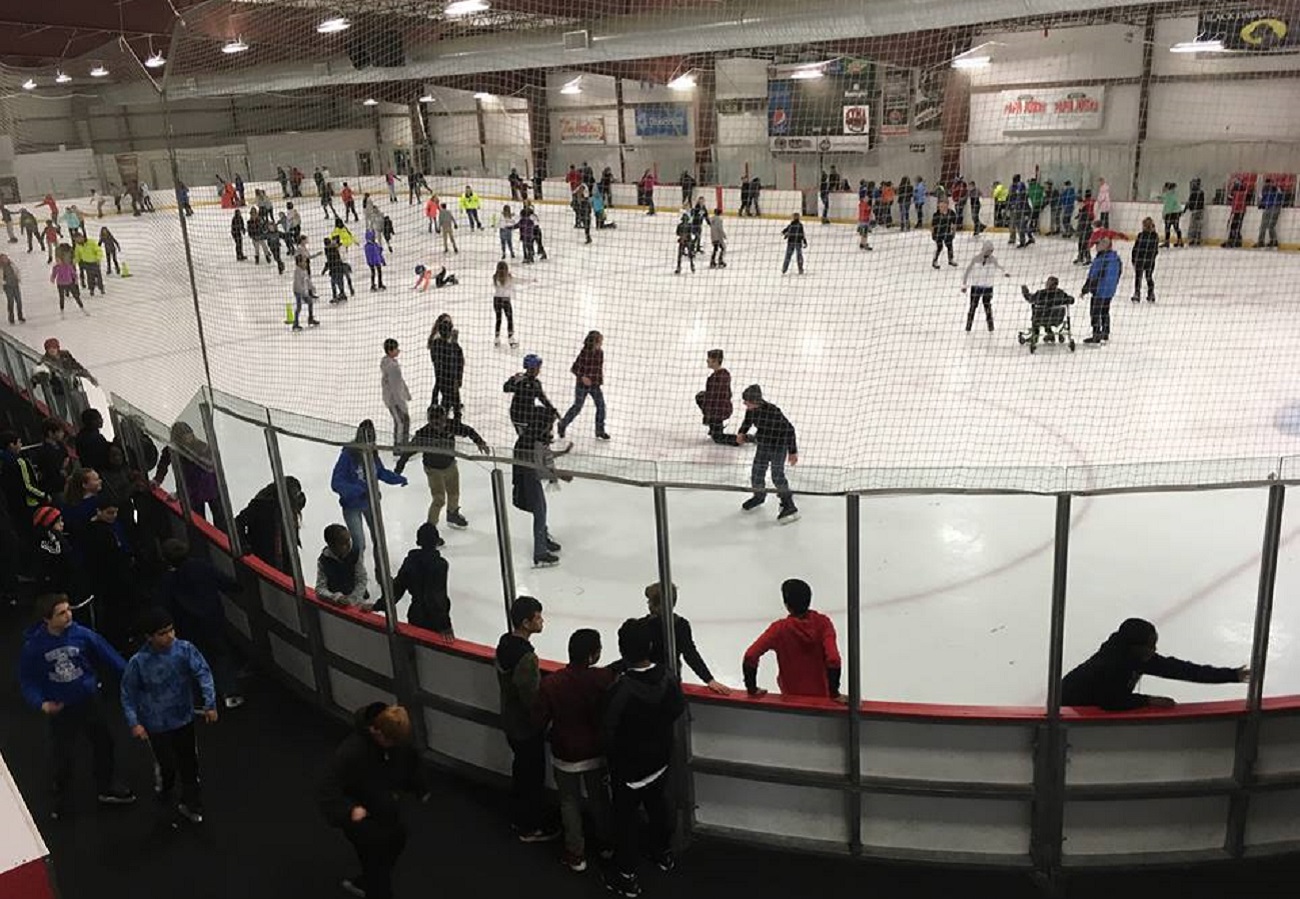 Although you might have to keep your coat & gloves on for this entry on our list, taking to the ice is one of those physical activities that feels especially appropriate during winter. If you’d rather not test the limits of your local frozen pond, there are several rinks around Columbus that host open public skates, figure skating, classes, and hockey programs. These include The Chiller in Dublin, Easton, and Lewis Center, the OSU Ice Rink, and the OhioHealth Ice Haus in the Nationwide Arena. Stay tuned for the annual tradition, the Blue Jackets Winter Park outdoor rink in the Arena District, which will return in February. 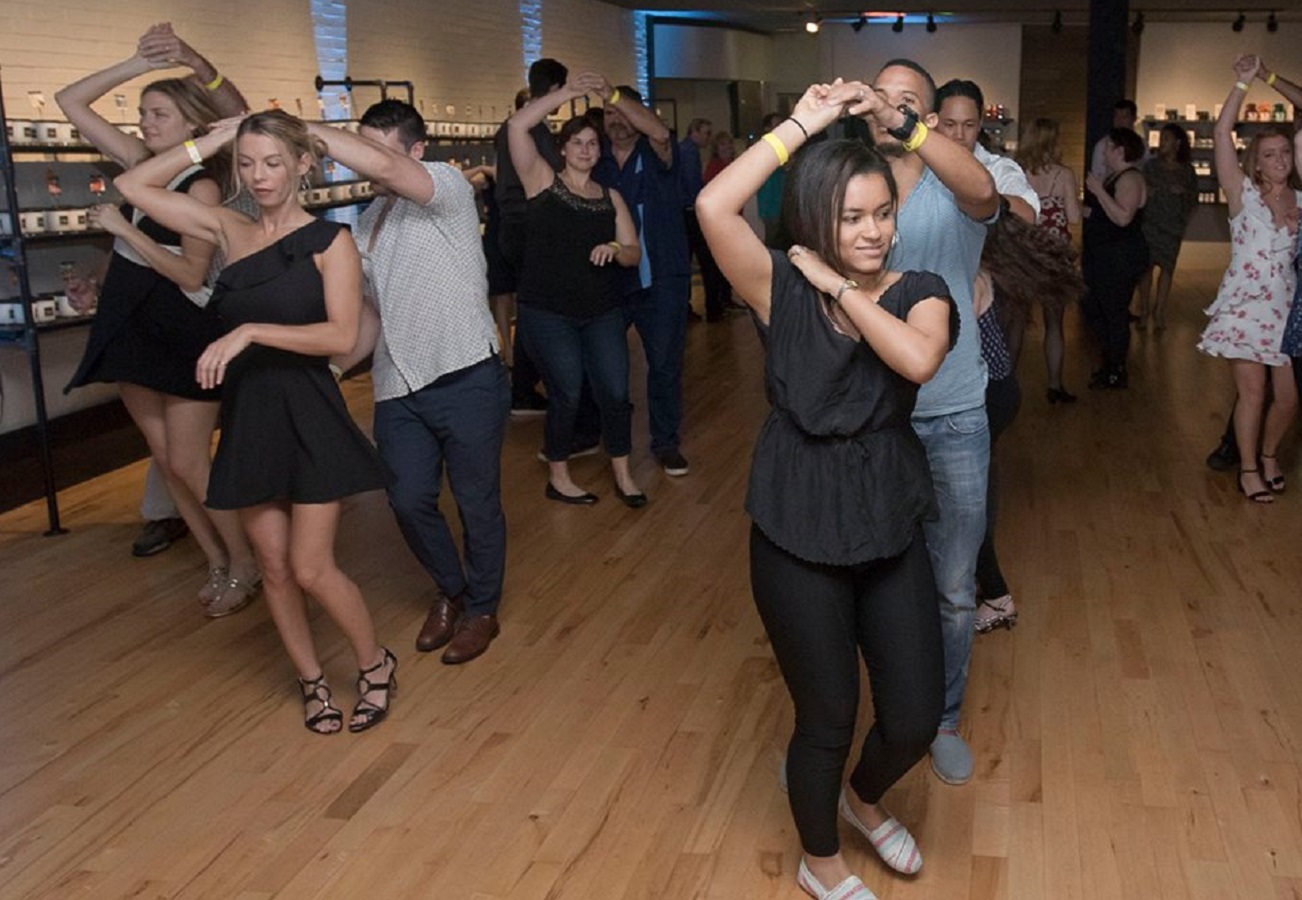 Hitting the dance floor is another easy & fun way to get active during colder months, and Columbus has a thriving scene for group dance. Instead of hitting the clubs next time, we recommend trying one of these high-energy events, which are simple enough for any skill level. Check out Fred Astaire Studios, Danceville, USA, Emerald City Ballroom, or Columbus Dance Centre for everything from Ballroom, Waltz, and Tango to Cha Cha & Rumba. Venture outside the studio and into a local bar or restaurant for an event like Lincoln Street Salsa‘s Saturdays ,  Arepazo’s Latin Dance Tuesdays, Next Level Dance Academy’s Baila Rico Tuesdays at The Boat House, or SwingColumbus’ Swingin Wednesdays at Big Room Bar. Grab your dancing shoes! 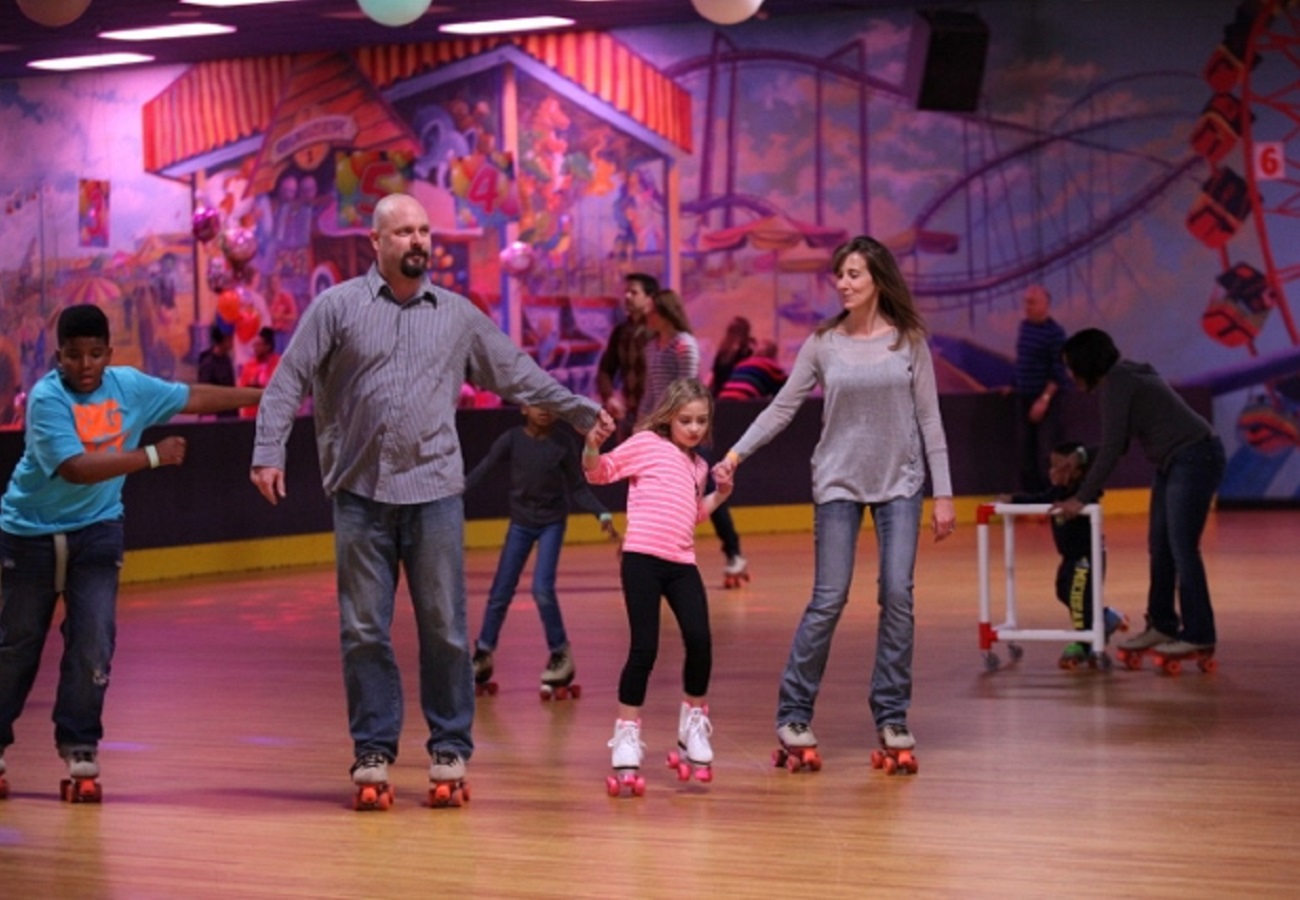 Those who prefer their skates with wheels instead of blades can also get moving while finding shelter from the cold at two indoor roller rinks in town. Both United Skates of America and Skate Zone 71 feature roller and inline skating on their sizable wooden rinks and host live DJs, lessons, glow & themed skates, and even adults-only nights for the 18+ crowd. 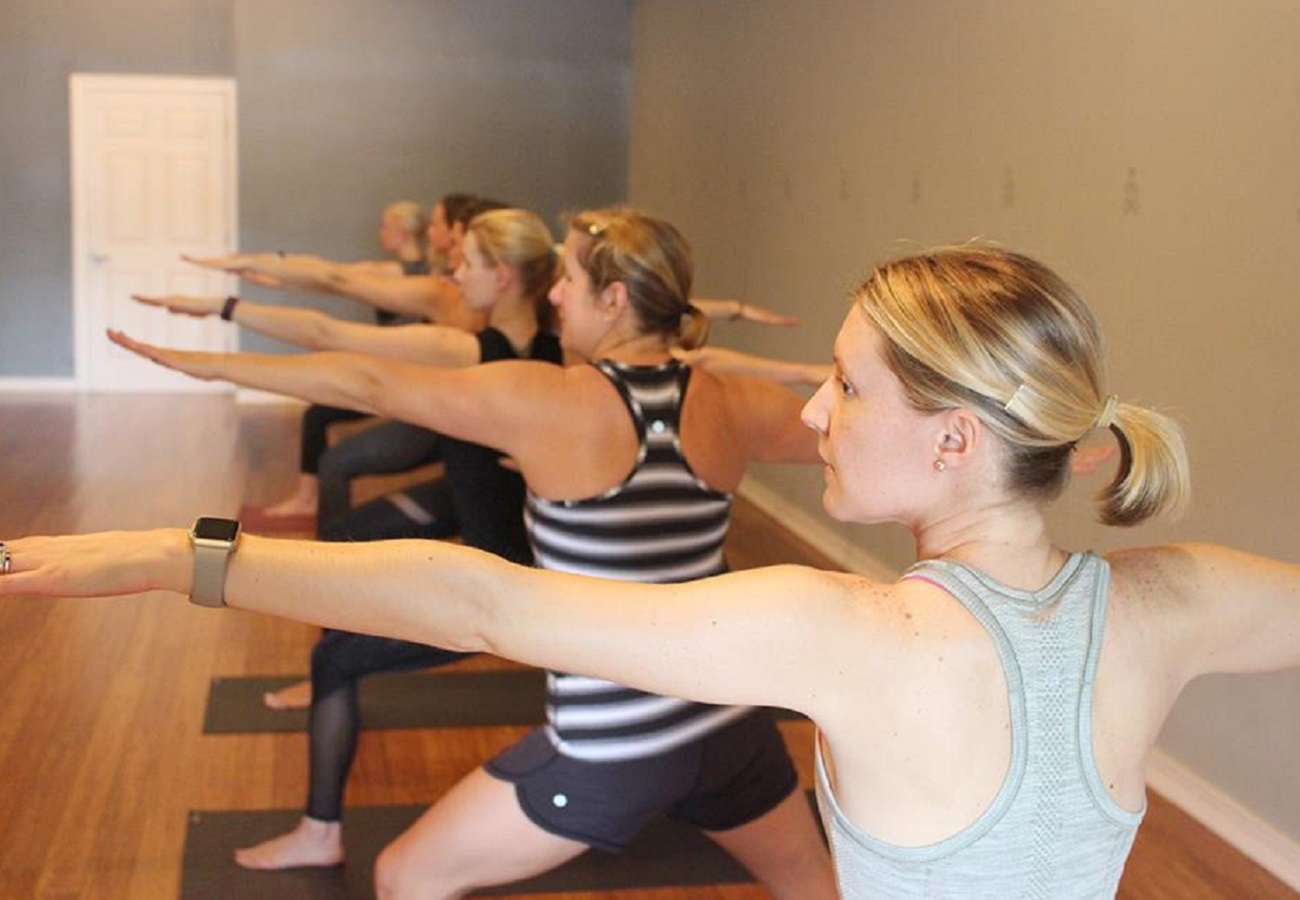 It’s no secret that yoga is an incredibly popular sport, and for good reason. With classes out there for all experience levels, it offers a plethora of both physical and mental health benefits and comes in a variety of types. Whether you’d like to break a sweat with hot yoga, focus your breathing with Vinyasa, or challenge yourself with Ashtanga, studios in neighborhoods across the city provide classes for everyone. Try a local favorite like Yoga on High, Seven Studios, PAI Yoga & Fitness, or Yoga Six, or explore dozens of other options. Here’s a great list of over 20 additional studios in Columbus that can help you find your zen. 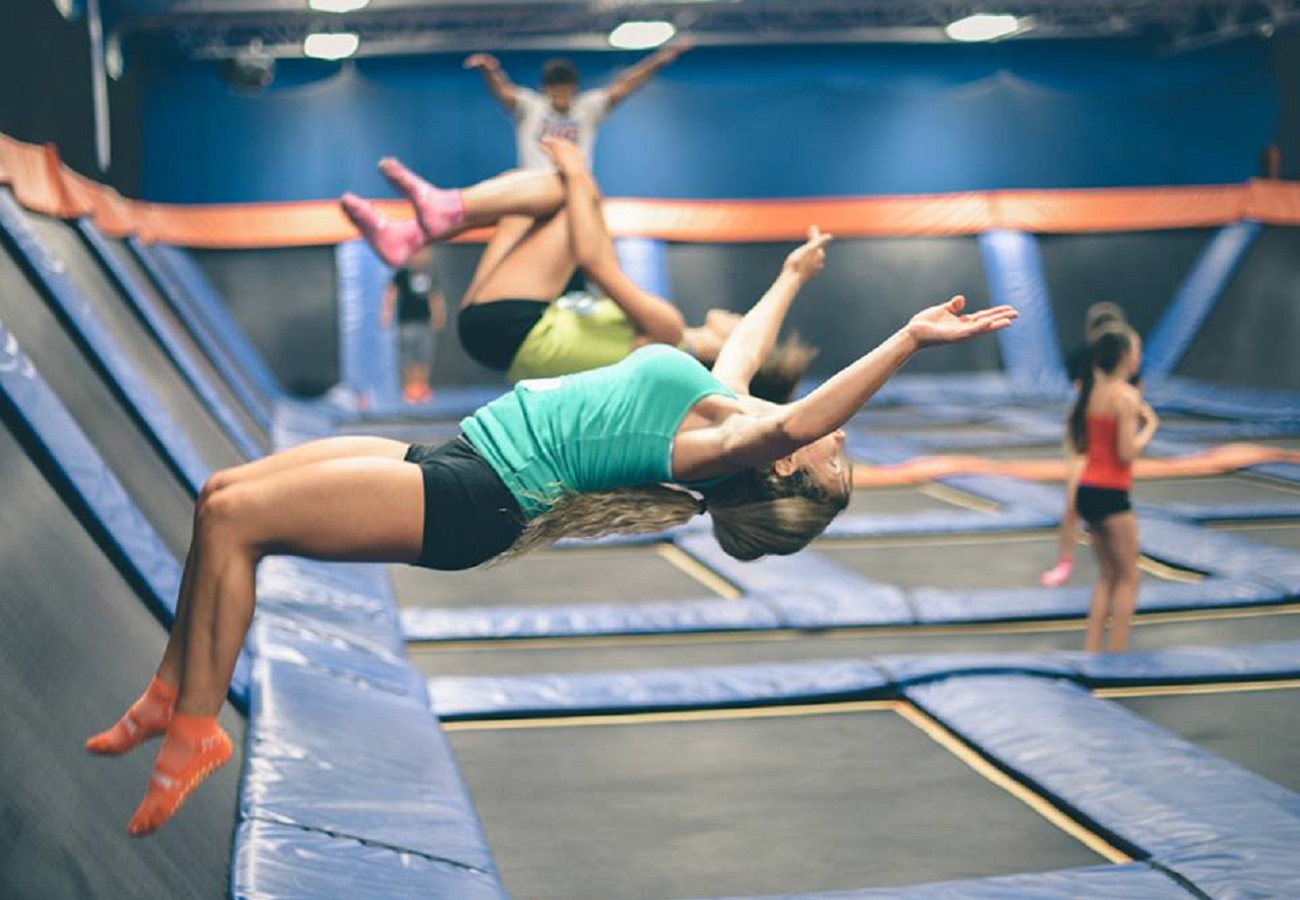 By far one of the most unconventional and amusing indoor rec activities Columbus offers is the trampoline park, which has gained popularity amongst both children and adults around the country in recent years. The floors of these facilities are almost completely made of trampolines and foam pits, giving guests the chance to bounce, fly, and tumble across the room and even up the walls. Check out Lewis Center’s Sky Zone, Hilliard’s Get Air, or or Reynoldsburg’s Trampoline Xtreme for open jumps, plus other events like trampoline exercise classes & dodgeball. You’ll be amazed at what an effective cardio workout you can get just bounding on these contraptions. 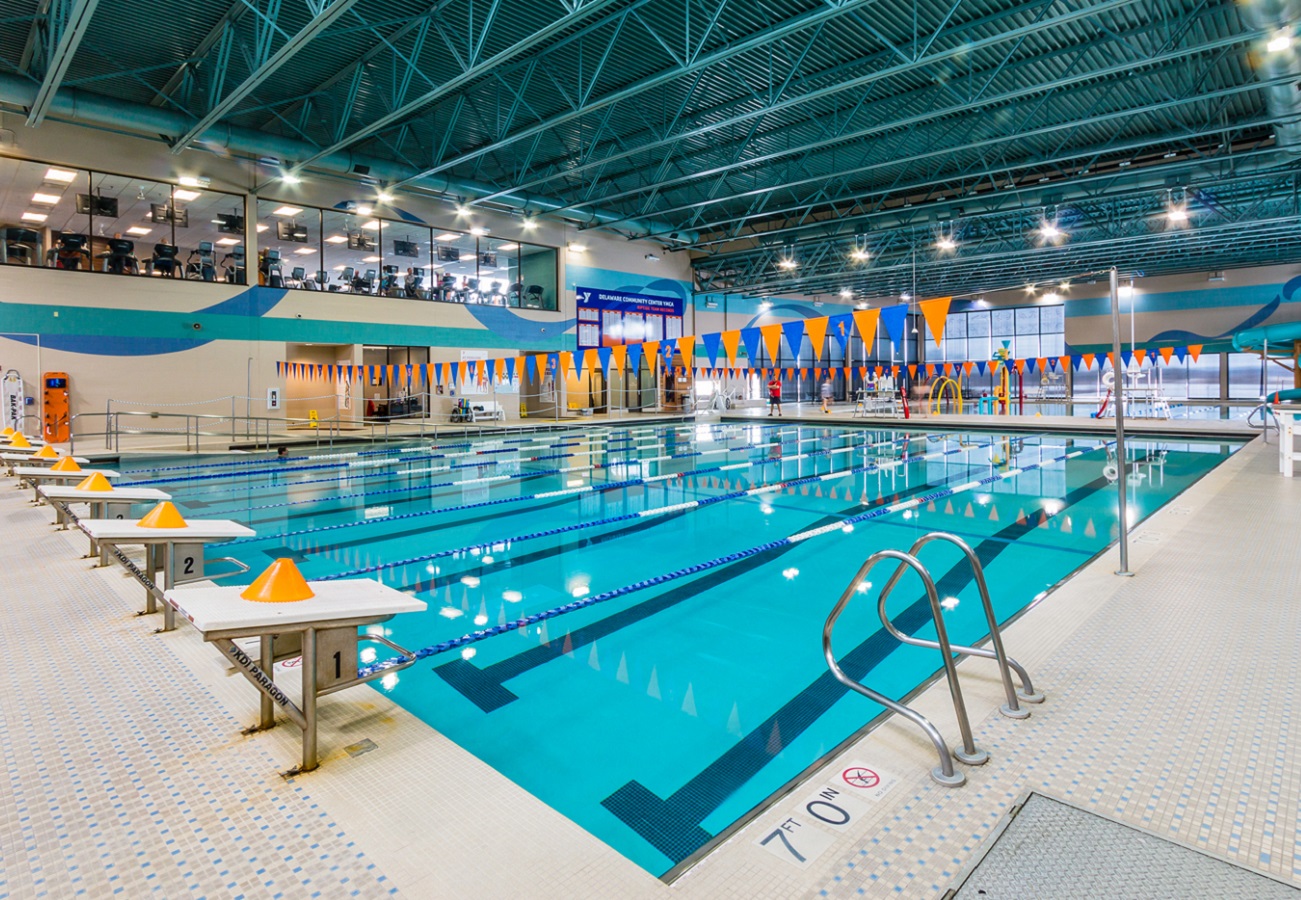 Via YMCA of Central Ohio

Although most people turn to the swimming pool as a way to cool off during summer months, taking a dip can provide an excellent workout and plenty of fun year-round. Columbus boasts several indoor aquatic centers that provide swimming lessons, aerobics, laps, diving, and other fitness programs, plus open swims for community members. Locations include the Recreation & Parks’ department’s Columbus Aquatics Center, OSU’s aquatic facilities, several YMCA of Central Ohio locations, and community rec centers in Dublin, Worthington, and Westerville.

Good luck on your New Year’s fitness resolutions, and don’t forget to have fun while reaching for them!