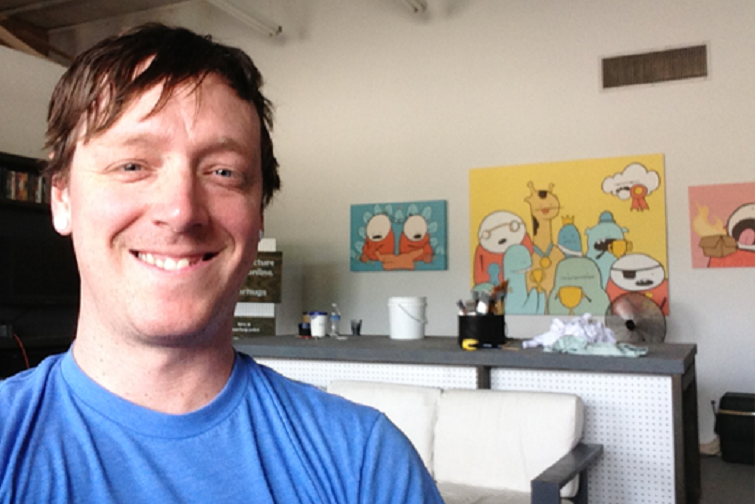 Nothing is quite like a tour of Columbus with Adam Brouillette at the wheel showing newcomers around the city. “I’d say too much and sound like a broken record of why Columbus is awesome. I’d be a nonstop champion of stuff to do in Columbus,” he proclaims.  Some of his favorite places include Dirty Franks and his studio, JunctionView (now Tacocat).

Aside from Brouillette’s own artwork and his dogs, he is passionate about inspiration and “creativity in the city of Columbus.” However, he does run into challenges in work and life. “Judging the book by its cover; misconceptions of me, what I do, the projects I’m involved in… money doesn’t fall into your lap.”

This does not keep him from achieving the success of immense projects. “I started running events, then managing. It was an organic process that resulted in a $10 million dollar fundraising campaign.” He loves the constant change and “the fact that it’s never the same.”

For those unfamiliar with Wonderland Columbus, Brouillette describes it as “a non-profit organization that has been working to create a high end mixed-use creative facility that will allow for a blending of small business entrepreneurs and creative individuals. It will include studios, rehearsal space, exhibition space, performance venue, workshops, retail, restaurant, office, and motion studios.”

A big kid at heart, Brouillette will show people a good time whether he’s making art, walking the dog, playing in his heavy rock band Ride to Ruin, or even an afternoon with Legos.