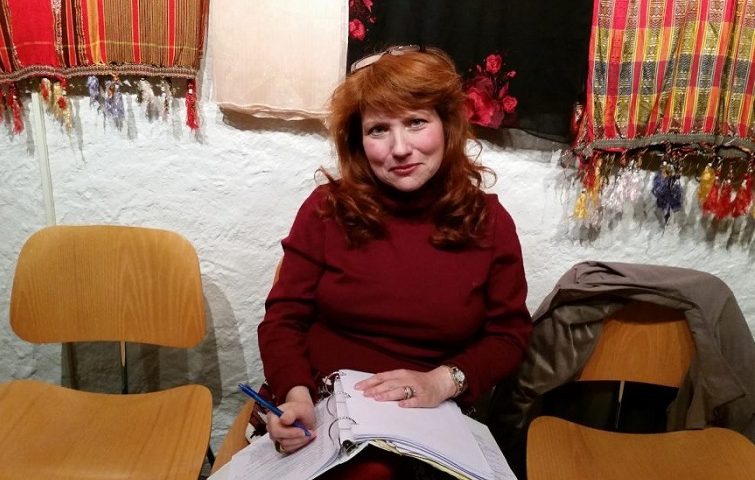 Amy Drake is a well-known local playwright, director and commercial actress. Her plays have been produced throughout the United States. She also pursues the scholarly side of the arts, with an MA (her second!) in the liberal arts. Amy’s play, God Bless Phyllis Schlafly, will be presented in the second annual Conservative Theatre Festival, Jan. 26-28, produced by Stage Right Theatrics. Amy also directed the production. Robert Cooperman, president and founder of Stage Right Theatrics corresponded with Amy for a Q&A.

Robert: When and how did you first become interested in theater?
Amy: I wrote my first play at the age of five and performed it for my kindergarten class. Many years later, my husband and I were spending a long weekend in New York when an idea for a short play came to me. I stayed up all night writing. The next week, I entered the play in a New York theater festival. My play was accepted and produced. I have steadily worked in theater ever since.

Robert: You are a playwright, an author, an actor and a director. Which role do you enjoy the most and why?
Amy: My heart is in playwriting because it gives me the most artistic freedom.

Robert: What advice would you give to new playwrights?
Amy: Seek out playwriting workshops and conferences. When I decided that I was serious about becoming a writer I attended summer programs at the University of Cambridge, the Kenyon (College) Summer Institute and Yale University. The knowledge I gained and connections I made have benefitted me enormously.

Join the Dramatists Guild, an organization which provides superb support, resources and networking opportunities for playwrights. Take advantage of all the services they offer. When I call the DG with a question a real person answers the phone.

Join other professional organizations and volunteer to help with their mission. I am a board member of the International Centre for Women Playwrights and write a column for their monthly newsletter. I have also served as a play reader for competitions.

Write every day. Treat writing like any other job. A really cool job. Determine when is the best writing time for you and stick with it. Set goals and come up with a plan to achieve them. The best way to improve as a playwright is to hear your work out loud. Write with purpose and the intention that the play will be produced.

Seek work in a range of roles with various theaters to understand how a production comes together. You’ll get a very good understanding of what works and what doesn’t. This is why I direct and act, although I’m more focused on doing commercials than on stage acting these days. It’s all good experience. 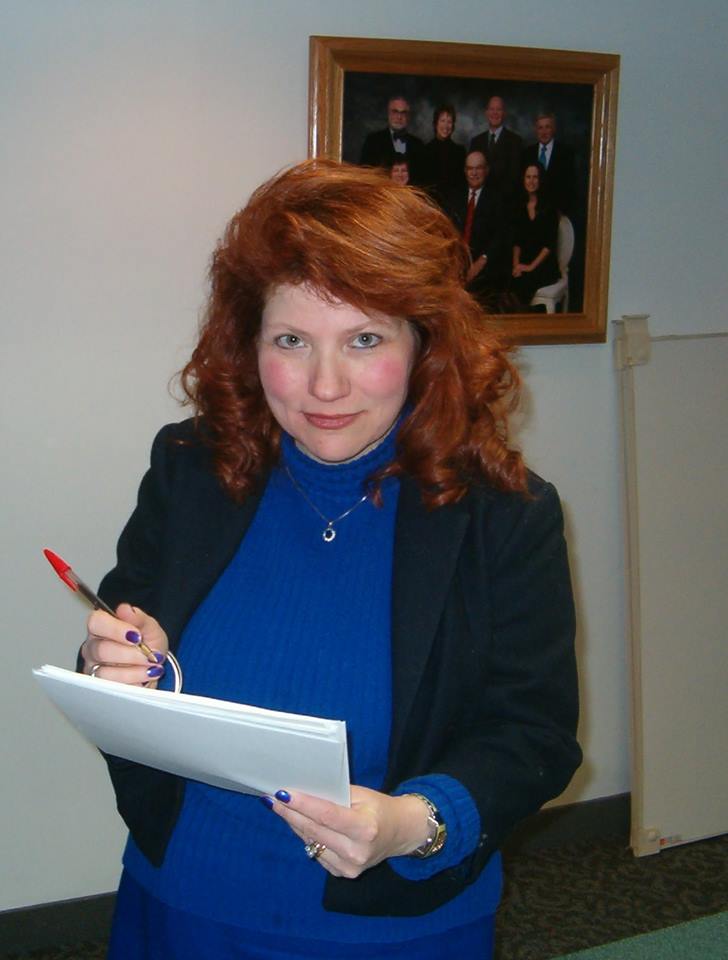 Robert: You recently earned an advanced degree. Tell us a little about that and what it means to you.
Amy: I recently completed a master’s of art degree in liberal studies/English from Ohio Dominican University. It’s actually my second master’s degree. The first is an M.S. in marketing and communication. Both programs were completed with the intention that the skills and knowledge I acquired would help further my theatrical career. Being exposed to works by great writers is inspirational. The key to growing an audience lies in creative marketing. Both degrees have been beneficial.

Robert: What projects are you working on now?
Amy: I was recently approached about writing a play to be performed as a charity event. My topic is a look at the life of St. Margaret of Cortona. She is of particular interest to me because she led an interesting secular life before becoming a nun and later went on to found a hospital.

Robert: What’s the best thing about the Columbus art scene right now?
Amy: That’s a tough question. There are many good shows being produced by companies like the Columbus Opera Project, Madlab and Columbus Civic Theatre, but the politics between some theater companies make the theatrical community very divisive. It is difficult to share resources. On the bright side, the Columbus art scene is primed for growth. I am encouraged by the exciting events taking place in Franklinton and other pockets in the city.