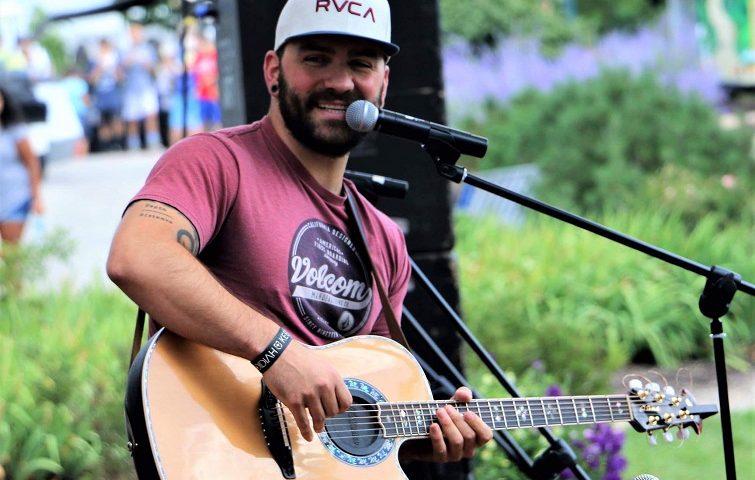 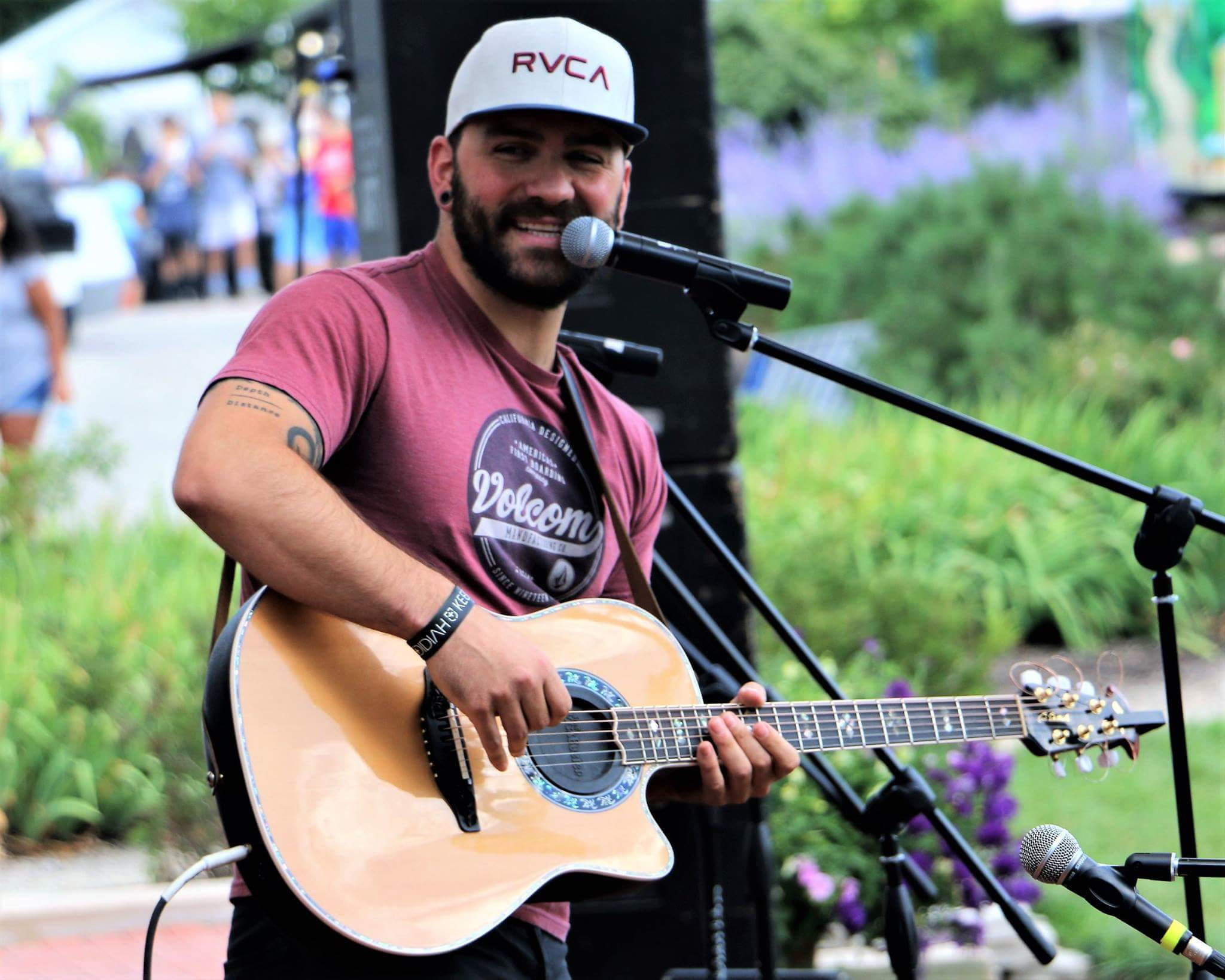 Six years ago, Anthony Mossburg left his stable full-time job to pursue his passion in music. Since then he has produced four albums, played numerous shows around the United States and even broken into the Top 10 on iTunes Singer/Songwriter with his song, “Whiskey and Wine.” See him play among other talented artists at the Columbus Songwriters Association’s 2017 Finale Showcase on Sunday, Dec. 3. This dedicated artist and longtime member of the Columbus Songwriters Association shares some of his latest performances and life lessons with Michelle Holzworth, Lead Writer at CSA.

Michelle: This September you opened for Nick Jonas at the Concert at the Classic. How did that happen, and what was that like?
Anthony: Opening for Nick Jonas was definitely an experience I’ll never forget. I entered a competition through the Columbus Songwriters Association and ended up winning. I have played some really poorly run events in my career, so it was really nice to be treated like a professional at this one and have everything taken care of. Nick was super nice and his entire crew took the time to chat and listen to me play.

Michelle: Whether it was a doubt you faced or a milestone you reached, what experiences helped make you the artist that you are today?
Anthony: There are so many times in my career so far that pop into mind,  times when it’s like, well, maybe I should’ve just stopped or maybe I should’ve done something else, whatever. It’s going to be hard chugging along on this very long road. That’s where the crazy reference came from for my album title. Even if people think I’m crazy, and I’m doing this until I’m 70, and people are like, ‘Man, that guy’s out of his mind,’ I still want to stay committed to it. The struggles and doubts make the successes that much sweeter. One thing I’ve learned is to treat each show like it could be your last, whether there are 5,000 people or three. Play it with the same passion no matter what.

Michelle: You have been a full–time musician for about six years, and have earned several awards and recognitions along the way. Do you have any advice for people who are considering that leap into becoming a full–time musician?
Anthony: Being a musician can be really tough, whether you do it for a living or on the side. The world can be cruel and harsh at times, but just stick to what you know you’re supposed to do and don’t ever give up.

Michelle: We had a great talk about your participation in Columbus Songwriters Association showcases, and how time and time again you’ve placed as a finalist in their Finale. What has kept bringing you back to this big event?
Anthony: The Columbus Songwriters Association has been so incredibly supportive and kind towards me. Any time I can come hang out and play a few songs, I always do. It’s helped out tons — being pushed to think about what people perceive, what people like in a live performance and getting feedback from audience and writers who’ve been around music their whole lives. I’ve been able to do all that, while refining a new CD of songs based on the feedback I’ve received at CSA Showcases.

See Anthony Mossburg play among other talented artists at the Columbus Songwriters Association’s 2017 Finale Showcase on Sunday, Dec. 3. Tickets will be available at ColumbusSongwriters.com.