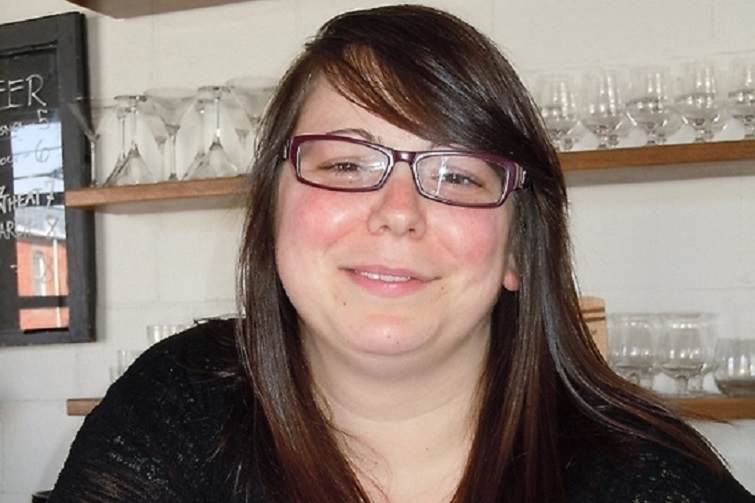 April Kulcsar, Manager of Music, Art and Entertainment at Brother’s Drake Meadery, demonstrates what it truly means to be a supporter of the arts. Kulcsar continuously serves as a liaison between the public and the creative community. She strives to raise awareness for professional artists and musicians who require more than compliments. “Things that are important to me are artist’s rights and the way they are treated and respected. There’s a severe imbalance in the industry at all levels… of artists being screwed over,” Kulcsar lamented. She works to provide the best entertainment she can while treating the entertainers well in return. Kulcsar leads by example. Although she didn’t see herself in the music and booking arena initially, she has developed her talent overtime through the belief and support of those with whom she works. “They wanted me and recognized value in me that I didn’t even recognize I had… I didn’t believe in myself, but they believed in me.”

What would you say about YOUR neighborhood?
What makes it stand out for you? Location. It’s a 4 minute walk to High Street, 10 minute walk to Goodale Park, 15 min walk to North Market/Arena District. It’s also central to Grandview, Downtown, and Clintonville. I can get anywhere in the city limits in a 10-15 minute drive, cabs are under $10 to those areas, Car2Go’s are aplenty. The architecture and the beautiful trees lining the streets; I love Neil Ave in the Spring and Fall.

What other neighborhoods to you frequent and what would you say about them?
I love German Village. The red brick roads remind me of the Cleveland neighborhood in which I grew up. Brown Bag Deli is my favorite sandwich spot, and Pistacia Vera, well, enough said. Favorite Places in Columbus: Short North, Natalie’s Coal Fired Pizza and Music, Newport Music Hall, Columbus Commons, One Line Coffee, and of course Brothers Drake. #1 favorite event in Columbus: I don’t have a #1 favorite, but any events that involve lying on a blanket in a park listening to music on a sunny day is perfect for me (there are many of those!)

If you could have been the inventor of something, what would it be? The microchip.

What inspires you? Possibility inspires me. A white blank page, a dirt plot of land, a blank canvas, an empty stage. We can do anything we think of, and the mind’s capabilities are seemingly endless.

Pastimes: Traveling the country following my favorite bands, connecting with people and making new friends around the world through music; all of this led to beginning my career in music without even knowing it.

(Editor’s note: Since the original publishing date of this article, April has left Brothers Drake and now works mainly with musicians, including being Tour PA for O.A.R.)