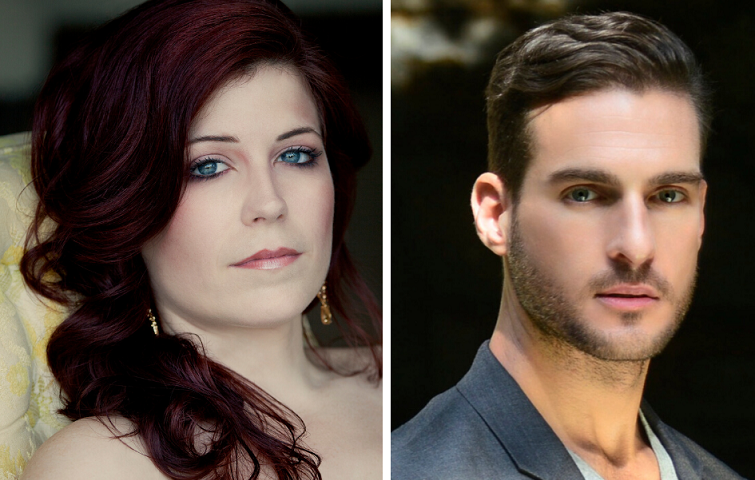 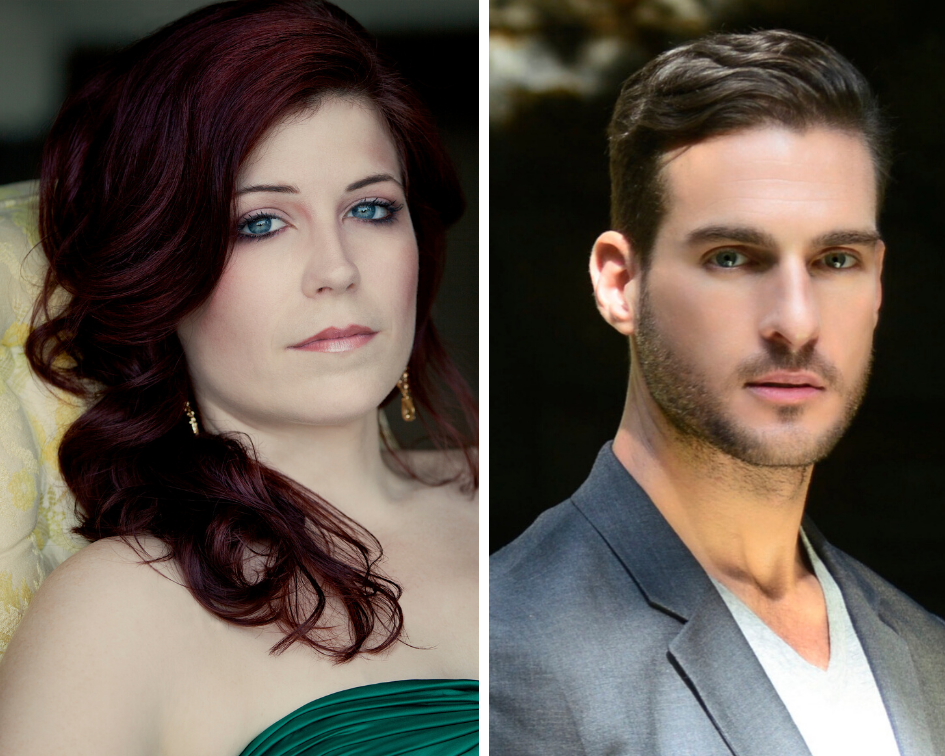 Actors Michael Kelly and Blythe Gaissert may call NYC home, but their roles Opera Columbus’ production “As One” have brought them to Columbus. Kelly studied at Eastman School of Music and at the renowned Juilliard. Gaissert studied at Texas Wesleyan University and then at Cincinnati College Conservatory of Music. Kelly plays “Hannah Before” and Gaissert plays “Hannah After” in As One, which is showing Nov. 8 and 10 at the Southern Theatre. About the production, Gaissert says, “I think that everyone will identify with elements of this person, whether they are transgender, non binary or cisgender. Really I think everyone should see it, but especially those who say they “just don’t get it” about the transgender community.”

Where are you from and what brings you to Columbus?
Michael: I grew up on Long Island in Massapequa, a suburb of NYC. I’m here in Columbus performing a production of Laura Kaminsky, Mark Campbell and Kimberly Reeds chamber opera As One with Opera Columbus.

Blythe: Originally from Beaumont, TX but I consider myself a New Yorker after living there for 15 years. I am in Columbus to perform the role of Hannah After in the chamber opera As One.

Tell us about your love for acting. How and when did you start?
Michael: I began in the arts at age 4 taking ballet lessons. I’ve always taken great joy in performing in many different ways. But I didn’t come to opera until late in high school. The great combination of all the many artistic mediums I came to love through my childhood was an obvious choice. I saw Franco Zeffirelli’s production of La Traviata at the Meteopolitan Opera at age 16 and I fell in immediate love.

Blythe: I started acting as a young child in plays and musicals. Then as I got older, I realized that I had a voice suited to opera. It took me some time to find my niche in contemporary opera, but being a student at CCM when Malcolm Fraser was there helped lead me in that direction, as we did a lot of 20th century work and I really fell in love with it.

Tell us about your role in As One. What is the show about and who should see it?
Michael: I think anyone who loves music and great theater should see this show. As One tells the story of Hannah, a transgender woman. Her transition is at the heart of As One, but more than that it’s a story of self discovery and acceptance. Two singers, a baritone (me) and a mezzo (Blythe Gaissert) play Hannah and represent the two sides of her. I love playing this role because I get to portray one character through many phases of life.

Blythe: I play the role of Hannah After, but really I play just HANNAH. Sometimes I am before, sometimes during, and sometimes after. We both are one person but just representing various aspects of that person. As One is a beautiful story of one person’s journey to self discovery and acceptance. It is important to say that like any work of art, it doesn’t represent every person’s story, but I think that everyone will identify with elements of this person, whether they are transgender, non binary or cisgender. Really I think everyone should see it, but especially those who say they “just don’t get it” about the transgender community.

How would you describe or what have you heard about the music and arts scene in Columbus?
Michael: I’ve never been to Columbus before. I’m very excited to discover the city and all it has to offer as I’ve heard great things. Opera Columbus has a stellar reputation, particularly for its strengths as a woman run organization. I also have heard about the wonderful and sizeable LGBTQ community in Columbus. I’m particularly thrilled to bring this story to the community as I have found that As One helps communities of all sizes to grow into a place of better understanding and empathy.

Blythe: When I was in school, everything that was cool and innovative in the arts scene in Ohio was happening in Columbus! I gather that it is much the same now!

What gets you up in the morning? And what gets you through the workweek?
Michael: What’s a work week?! It’s more of a work life for me. I get out of bed every morning excited to continue to be creative in all the many ways this business directs me. I enjoy following my nose and taking on inspiring and challenging projects.

Blythe: Honestly? Two things: my husband and 2 young sons, and feeling like I am doing work that might make even a small difference in creating more compassion in the world that so desperately needs it! We are so fortunate as artists to have a platform in which to create things that not only allow us to express ourselves, but to help others understand something about themselves or others that they may not otherwise have the opportunity to.

What advice would you give to other aspiring artists/musicians?
Michael: Success is not just about talent. It’s about the network of artists you bring into your creative orbit, the work you out in, and your flexibility about where and how you make your art. If you stay true to your vision but with a open mind and heart you can go very far.

Blythe: Know your strengths, and your weaknesses and accept them. Turn off the negative self talk and just be who you are and be in the moment. There is beauty in imperfection, you just have to frame it right! I think these things apply to life in general.

What do you do to unwind?
Michael: I love to exercise. Yoga and strength training are essential to my wellbeing. I also find that connections with family and friends is paramount. And wine… wine helps.

Blythe: I love to knit, cook, watch British crime drama, paint, and most of all hang out with my kids Ian and Walker.

If someone were to ask you what the “pulse” of Columbus is, what would you tell them?
Michael: Its people!

Blythe: I think it is actually the diversity within the cultural aspects of the city.

See Michael Kelly and Blythe Gaissert in As One, running Nov. 8th and 10th at the Southern Theatre