Brian Wagner Guides Others Toward a Greater Vision in Life 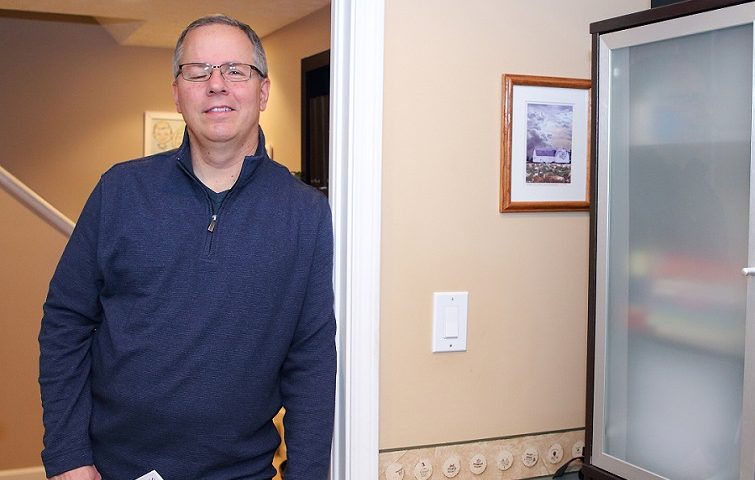 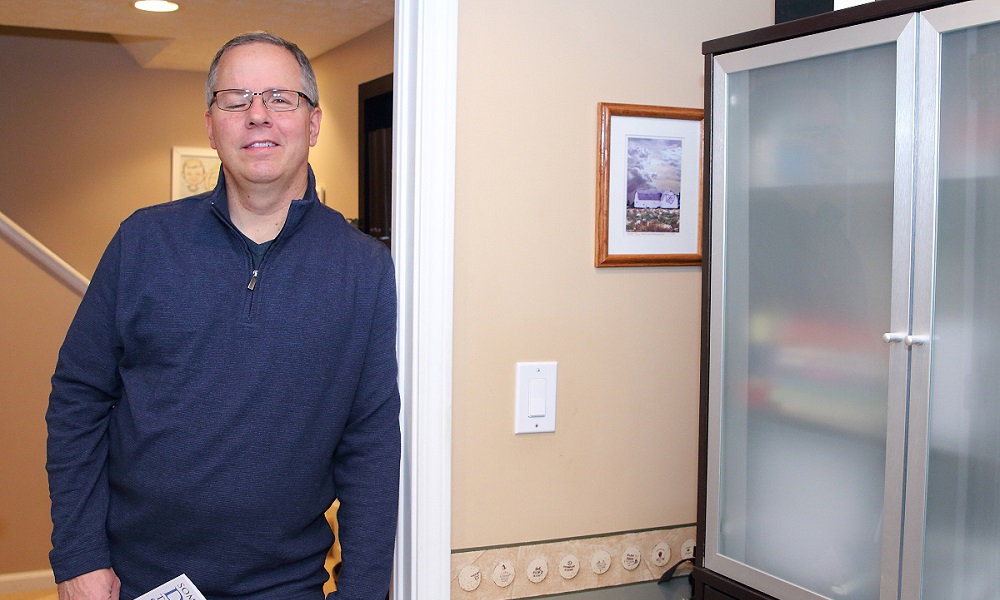 Brian Wagner is a symbol of hope and inspiration. After moving to Columbus in 1995 with his family, he became fascinated with the community and the pulse of the city – and the Buckeyes of course. Sixteen years later, his life changed forever when he became blind. After multiple surgeries, Brian can finally drive and gives his precious time to children struggling with blindness and diseases. He is a speaker, a coach, author of Sometimes It Does Take a Brain Surgeon, and CEO of A Radical Vision, his self-made business. Brian also serves as the After-School Program Coordinator at the Ohio State School for the Blind.

Where are you from, and what brought you to Columbus? I’m originally from the cornfields of Northwest Ohio: Wayne, specifically. Ironically, it is also 10 miles from where my wife grew up. After I graduated from the University of Toledo, I moved to Chicago where my wife had recently been promoted. In 1995, when we had our first child, we both knew that we wanted to have our kids grow up closer to family. Fortunately, the company I was with was opening a new office in Columbus. My wife went to Ohio State and I’ve always had an obsession with Franklin County and the Buckeyes. The decision to move here was easy.

What has led you to where you are today? While going to college, I worked at United Parcel Service working the night shift in Maumee. After I graduated with a degree in engineering and moved to Chicago, I was a shipping and receiving manager and eventually became an IT project manager. This is the job that I had when we moved to Columbus and led me to join Sarcom in 1998. Overall, my time at Sarcom was cloudy. However, there were many silver linings. I was introduced to people like Rye D’Orazio, Jeff Sopp and Bill Brown. All of them had a dramatic effect on the trajectory of my career and life. After a couple years at Sarcom, I was approached by a childhood family friend to join IBM as a Client Rep. At last, I was salesman. This was my dream job. I was successful in the role and eventually left IBM to join Mainline Information Systems, an IBM Business Partner.

Then on March 4th of 2011 my life changed forever. I woke up that morning and was blind. After brain surgery and multiple eye procedures, a portion of my sight has returned. Just enough for me to drive. During the time that I was blind, I knew that if I could persevere and overcome, it was important that I help others do the same thing. The next 5 years were spent working for the wrong companies and serving the wrong people. Then in 2016, my last corporate employer left me and the decision was easy. “A Radical Vision” was launched.

How has that affected you personally and professionally? My mission in life has changed to one that is much more motivating: both to me and other people. Now, my time is spent inspiring others in any way that I can. Morning hours are spent on speech craft with my own speaking coach and promoting my speaking business with my marketing coach.

I serve on the board of directors for the Ohio chapter of the National Speakers Association, as well as Area Director for Toastmasters and as a member of three Toastmaster clubs. This service is a part of what gets me through the week.

The real joy from my day is from 2-7PM, when I work at the Ohio State School for the Blind as the After-school Program Coordinator. It’s a job that I never wanted, but wouldn’t trade for anything. It started with a chance meeting that I resisted and ended up exposing me and my misconceptions. You might even call them blind spots, just like what I help others to identify.

What advice or mentors have helped guide you along the way? There’s no way I could reduce it down to any one piece of advice. It’s been almost eight years since my surgery and there have many coaches and mentors involved in this process. My coach for the past 5 years has been Kary Oberbrunner. Without him, I’m not sure where I’d be. The others that have helped shape me include Rye D’Orazio, Jeff Sopp, Bill Brown, Ken Neff, John Rue, Chet Scott, Mark Tremayne, Brian Lidle, David Crone, Patrick Donadio and Jim Canterucci.

What do you do to unwind? Unwinding usually includes spending time with my family. Sometimes that means watching a movie or TV show with my wife. Other times it means talking with my kids, whether it’s over the phone or over a meal. That’s a little more difficult with all three of them in colleges across the state.

If you could have a superpower, what would it be? My superpower would be to make everyone smile.

What do you want your legacy to be? Hopefully my legacy will be one that enables giving people the ability to serve other people by helping them to see life as it is. That means helping people embrace their own personal blindness to achieve a greater vision for their live. The process of going from blindness to sight and toward vision would continue on.

Tell us about a couple of community initiatives you’re most passionate about: 1) Creating a platform for people to understand what The Ohio State School for the Blind can offer children with particular needs. 2) Serving families of kids with life-threatening illnesses through the non-profit organization, A Kid Again.

If someone were to ask you what the “pulse” of Columbus is, what would you tell them? The pulse of Columbus is 200 beats a minute, if you want it to be. If you don’t, you can make it whatever you want – there are so many options. This is a great place to be starting out or to raise a family.