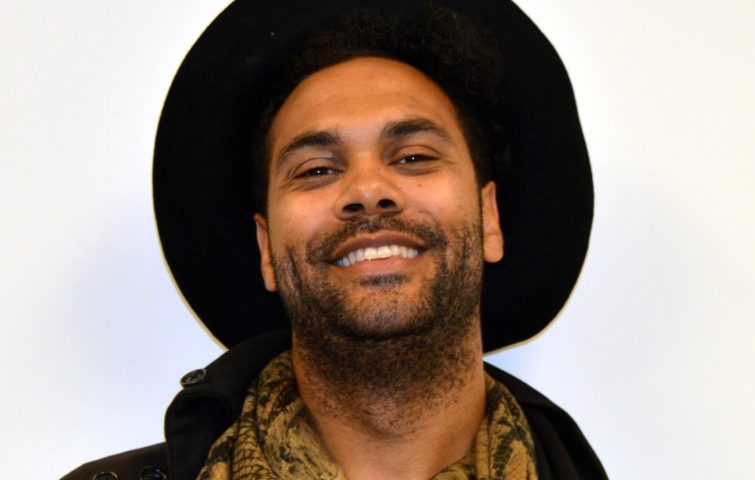 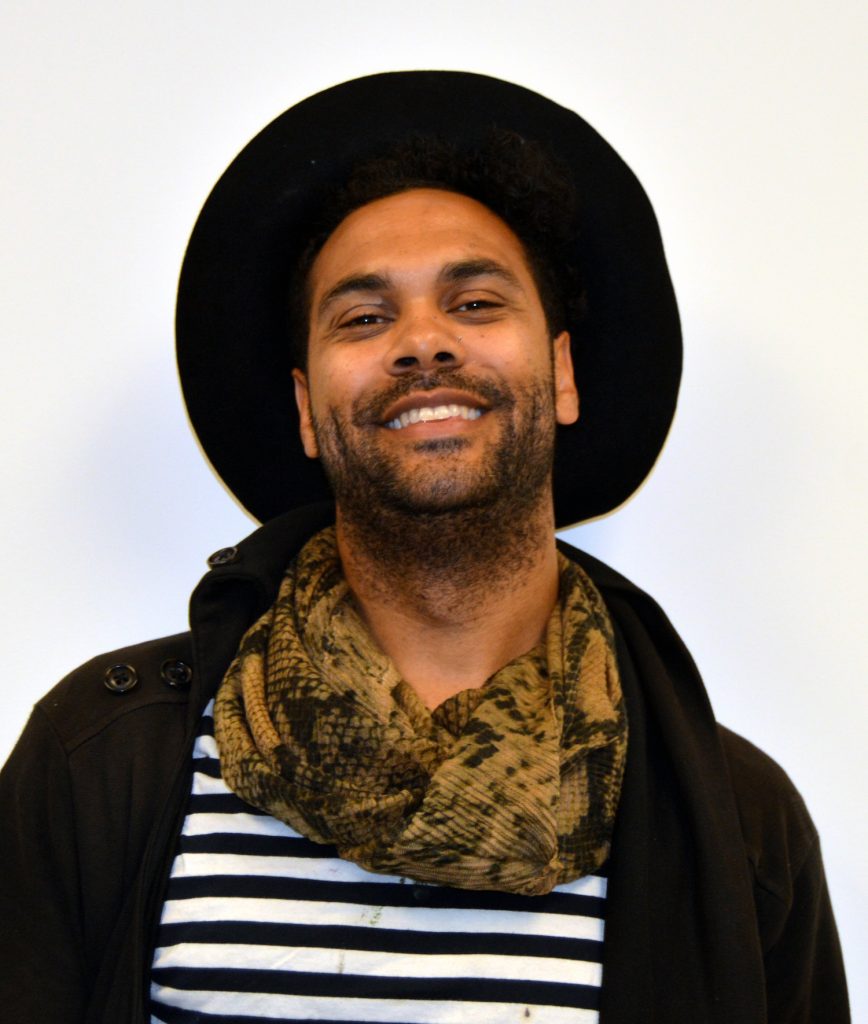 Bryan Christopher Moss is a Columbus-based artist known for his painting and work in comics. He will open his studio to the public on Sept. 29-30 during Columbus Open Studio & Stage (COSS). That weekend, over 30 Columbus artists will welcome guests to tour their studios and demonstrate their work. Guests can also get a preview of the participating artists’ work now at the COSS preview exhibition at the Main Library’s Carnegie Gallery, on view through Sept. 29. We caught up with him to chat about his influences and what he’ll be doing over the COSS weekend.

Nick: How long have you been creating, and how do you describe your work?
Bryan: I make art as a means to connect with people and as a learning tool in education. I began taking summer art classes at Schiller Park when I was six. My mentor, Lori Aumiller, showed me the ropes of navigating the fine arts and gave me my foundations to pursue them. This allowed me the ability to work within a studio making art. From this point on I continued with the arts. I began working professionally as a teenager. I’ve been immersed in the arts my entire life. 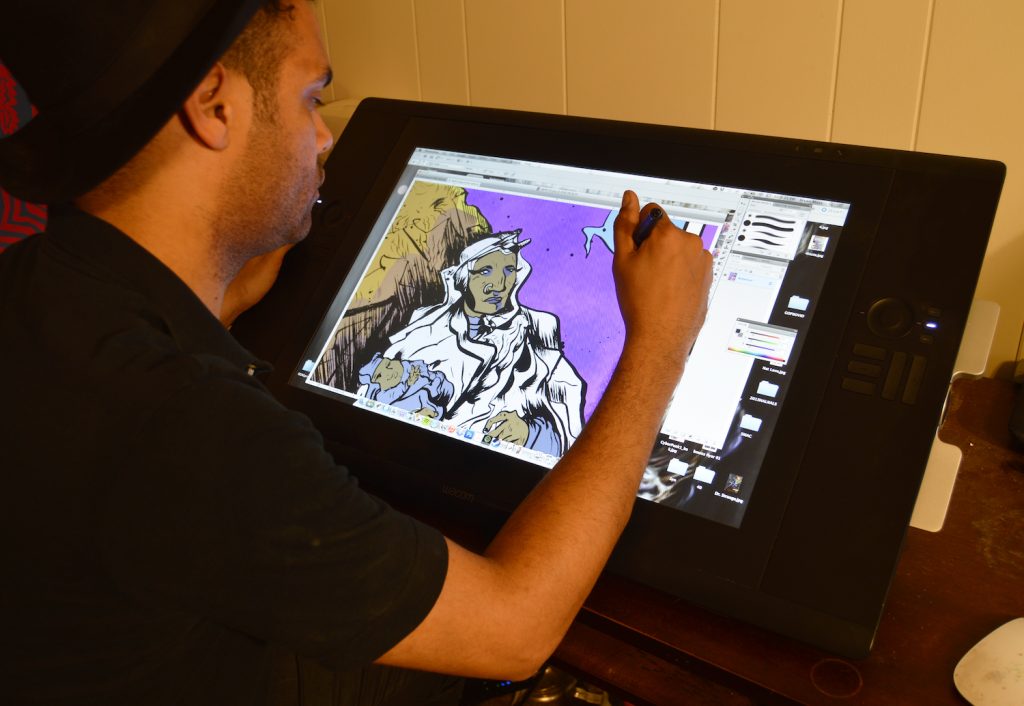 Nick: Is there a particular piece you’re most proud of?
Bryan: Currently, it’s my wild African dog painting. If I reflect upon my body of work, however, I’m most proud of Rita’s Dream (my comic book). Another would be my Bart-Pope painting. It’s a painting of the infamous conversational piece of Pope Innocent X. It has Bart Simpson’s head in place of the Pope’s. It’s playful and adds to the dialogue that Velázquez started.

Nick: Who are some of your greatest influences?
Bryan: Goya, Picasso, Velázquez, Guston, Alice Neel and Paula Rego. 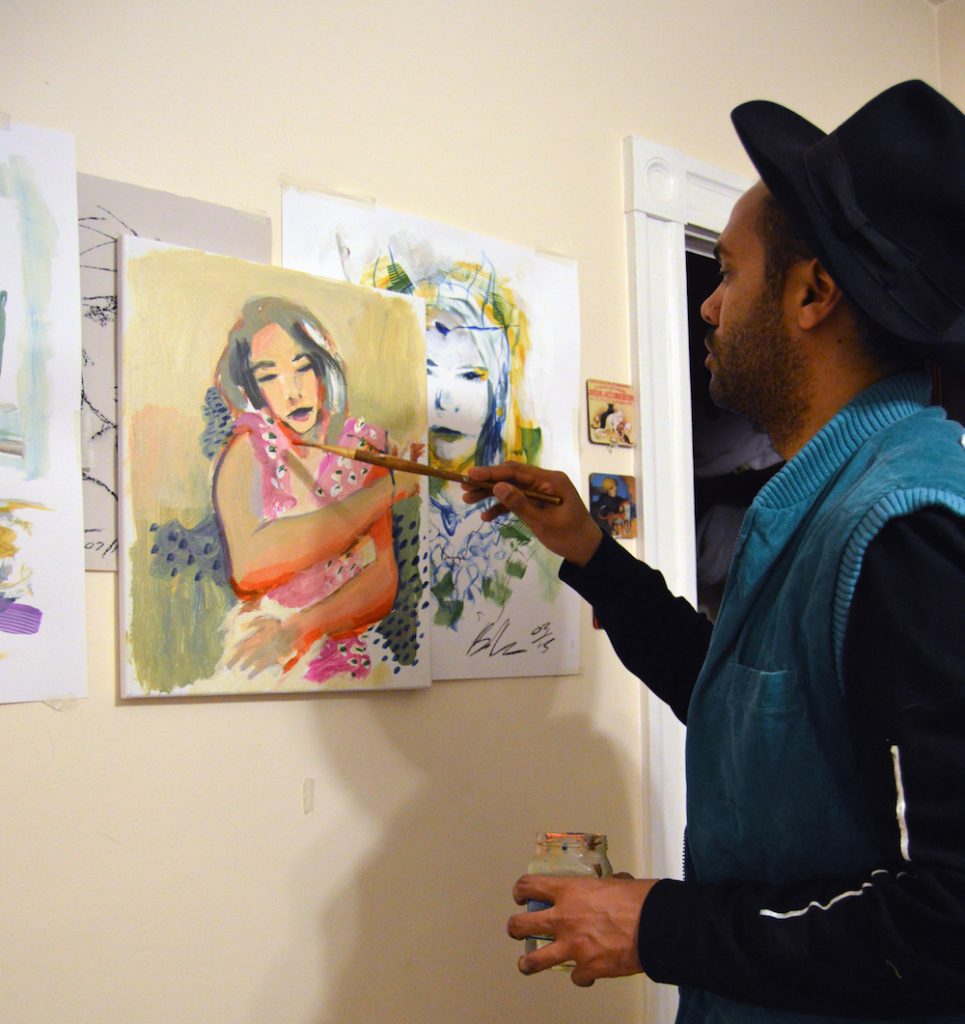 Nick: This is your first time presenting at COSS, correct? How are you feeling about welcoming guests to your studio?
Bryan: Yes! It is! I’m extremely nervous and mildly uncomfortable, honestly. A lot of my work is personal so there’s a vulnerability that comes with opening my space. Regardless, it’s going to be good for me.

Nick: What are you planning to showcase or demonstrate over the COSS weekend?
Bryan: Hakim Callwood and I will be doing painting and illustration demos. We’ll be conducting participatory paintings, as well. 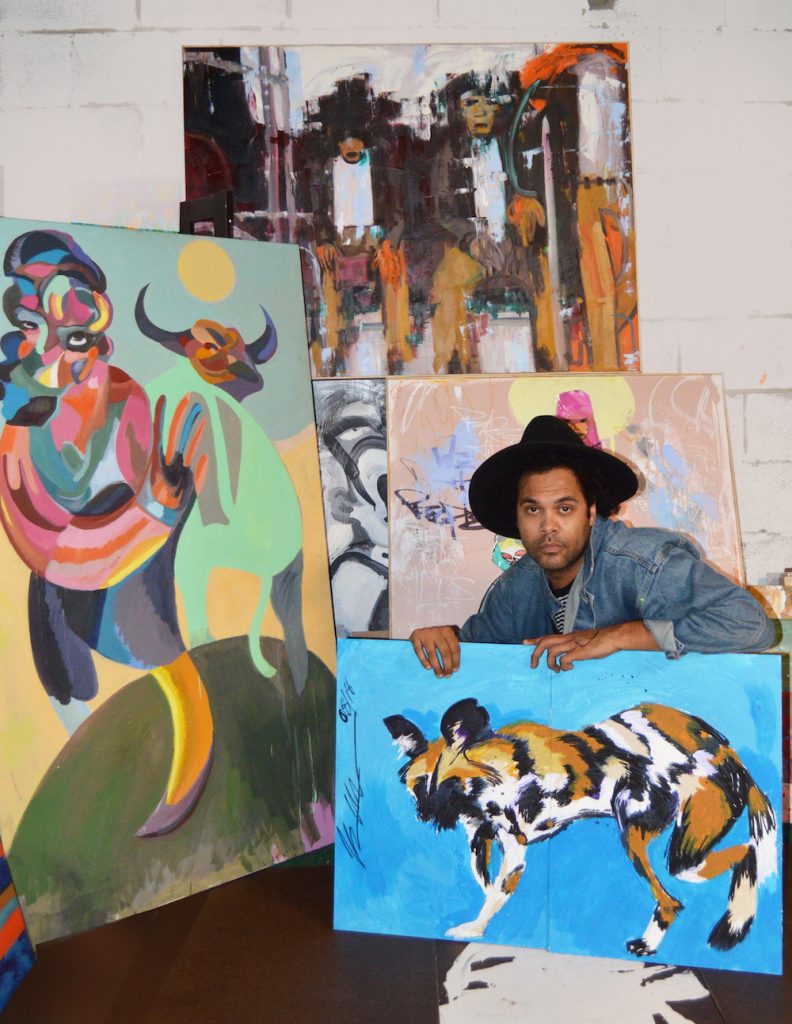 Nick: What’s your favorite thing about the Columbus arts scene right now?
Bryan: It’s prolific, positive and all the artists are having a lot of fun with it. It’s such a community!

Nick: If you could have dinner with anyone — alive or dead — who would it be, and why?
Bryan: Paula Rego. The painter. It would be super cute and we would take selfies together! I’m fascinated by her approach and subject matter. It’s very dark but very playful. It’s macabre but not sinister. I’d definitely be picking her brain in that regard!

Visit Bryan and other Columbus artists in their studios on Sept. 29-30 during Columbus Open Studio & Stage (COSS). Purchase your tour maps and schedule backstage theater tours at columbusopenstudioandstage.com!