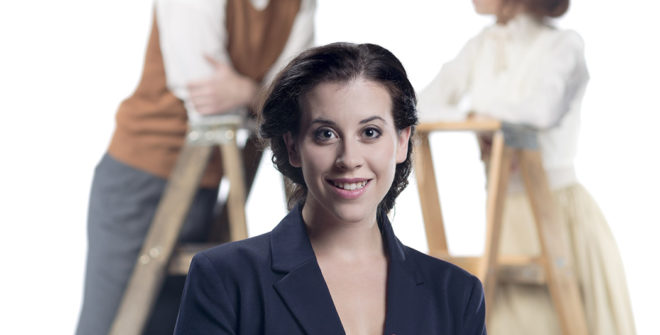 Carolyn Demanelis has worked nationally in New York, Los Angeles, D.C., Virginia, Denver, Chicago and internationally in London. Carolyn is originally from Cleveland, and moved to Columbus in August 2018. She holds her MFA in acting from the University of Virginia and BA in theatre from the University of Notre Dame. We sat down with Carolyn in anticipation of her role as Ashley, The Manicurist in Evolution Theatre’s production of The Vultures (May 22 — June 1), a modern, comedic, gay spin on the haunted house/mystery genre.

Scott: Describe your art and your creative process.
Carolyn: In my acting, I always seek the truth of the character within the story, and I try to shape that character into a recognizable, believable and vulnerable person. I begin with the text, move to the emotional life and then usually the vocal and physical fall into place like gears finding their lock in a machine. Sanford Meisner said that, “acting is behaving under imaginary circumstances,” and the key is how hard can you believe?

Scott: How do you recharge and refine your artistic process?
Carolyn: I have been a theatre teacher and professor for about six years, and I honestly learn so much about acting from my students. From kindergarten to undergraduates, new actors bring so much discovery to the work and they remind you to be loose, let choices happen and have fun, because it really is the best job.

Scott: How long have you been acting, and what is the most important thing you’ve learned about yourself along the way?
Carolyn: I have been acting professionally for about 11 years, around the United States and abroad. I have had years full of amazing experiences, performances and people, and Columbus is no exception. It is hard to pick one lesson, but I think you need to bring kindness everywhere you go — kindness towards actors, directors, designers, crew and yourself. Being kind to yourself can be challenging in this field, and once you learn to be kind and forgive yourself for mistakes, that is when true art can emerge. 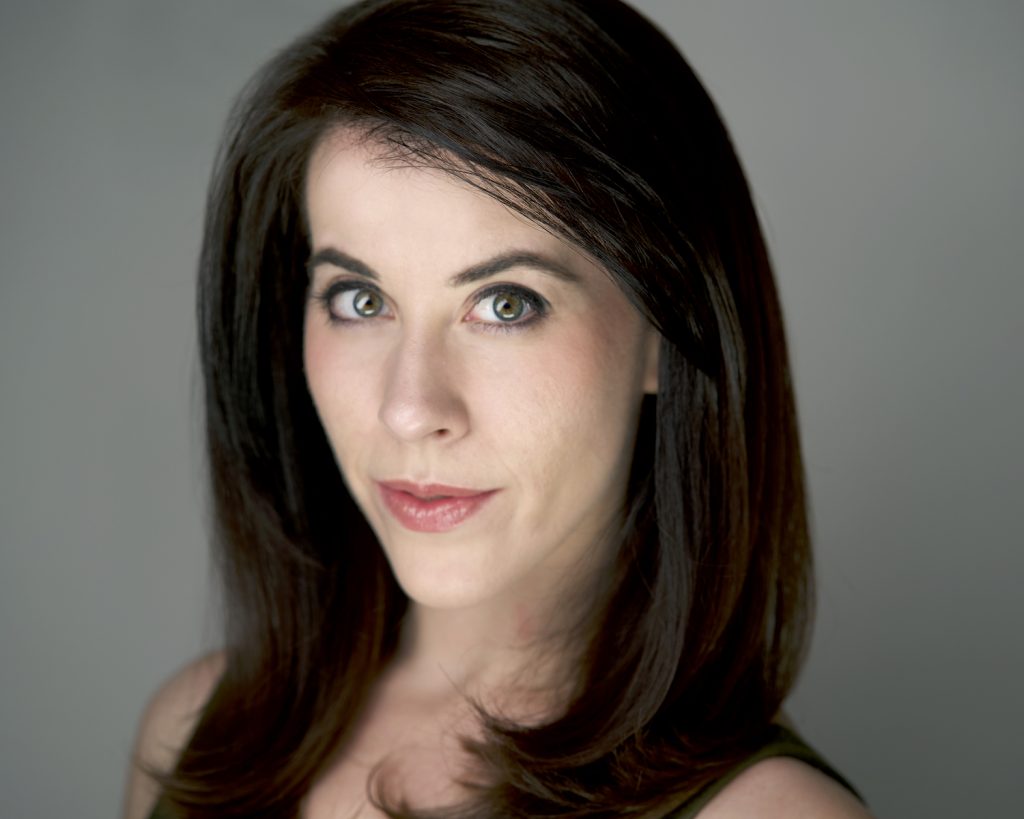 Scott: What role are you most proud of?
Carolyn: I have two: Alma in Summer & Smoke by Tennessee Williams at Virginia Repertory Theatre and The Pilot in Grounded by George Brant at Red Herring Productions. Both are completely different characters with their own truths and vulnerabilities, and both just an immense joy to play.

Scott: What’s the best advice you’ve been given?
Carolyn: “Always go a little further into the water than you feel you’re capable of being, when you don’t feel that your feet are quite touching the bottom, you’re just about in the right place to do something exciting.” David Bowie said this, but a good friend reminded me of the quote recently and it holds true. You grow in the space that is uncomfortable and in the space that scares you, because it has the most to teach you about your place in the world and the stories you should be telling.

Scott: What’s the best advice you feel you can give?
Carolyn: Find something that brings you joy everyday. My one today was watching a two-year-old yell in joy at the butter shelf at Trader Joe’s.