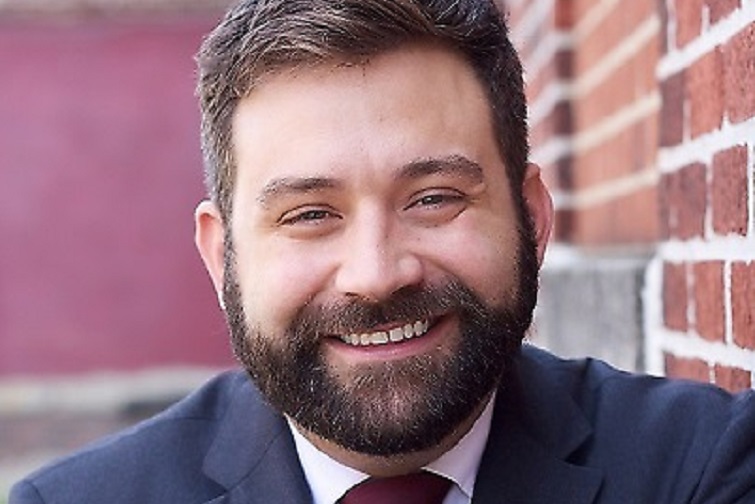 As Associate Publisher and Director of Marketing and Business Development at Outlook Media, and Publisher of Outlook Ohio and High Street Neighborhoods magazines, Chad Paul Frye sure stays busy. Frye thoroughly enjoys living in Columbus due to its air of collaboration and genuine support of ideas. “We’re a culture of ‘yes.’ The thing that sets us apart is that other people have passion for another person’s ideas here. It’s collaborative.” Frye gains his inspiration from his family, from which business-minded people span multiple generations. “My grandmother was an executive at a plastics company, and if there’s anybody I’ve tried to model my habits after, [it’s her].” Frye follows some of his grandmother’s advice to this day: “Don’t be afraid to tell people no. ‘No’ is a great word; it brings closure. It’s ‘maybe’ that brings ambiguity.” He is genuinely inspired by the future of Columbus, grateful to serve a part in the success of the Columbus region among entrepreneurs and innovators. “What inspires me is this critical mass that we have in this community where everyone works in tandem, where everyone works together to make this a great city in the Midwest. That devotion to Columbus as a city makes me want to get up in the morning and do my part to contribute.”

What would you say about your neighborhood?
Victorian Village is perfect if you want all the fun of the Short North, but sometimes need to feel a little disconnected from the hubbub. I’ve lived a few different places in town, but I keep coming back. Vic Village, I wish I knew how to quit you.

What other neighborhoods do you frequent and what would you say about them?
I grew up in Upper Arlington, so it’s always going to have a special place in my heart – UA Fourth of July is a trip. I love German Village, Old Worthington, and I am a huge fan of Bexley. I also really like where Olde Towne East is headed. Columbus is so lucky to have such great, restored historic neighborhoods.

Top Three Places in Columbus:
1. Rigsby’s bar on a Monday for oysters and wine.
2. The Southern Theatre – the acoustics are perfect, it’s beautiful, and it’s the official home of my favorite arts organization, Opera Columbus.
3. Muse Gallery in German Village.

Favorite local event:
Pride. There’s nothing like seething masses of LGBT folks to get the blood pumping. It’s just incredible that in the center of Ohio, rather inexplicably, one of the largest Pride festivals in the nation has popped up. I love seeing our readers all together in one place, I love seeing my community come together to celebrate, and in the interest of full disclosure, I love a booze-cocktail. There, I said it. Secret’s out.

If you could have been the inventor of something, what would it be? Obviously the Cornballer from Arrested Development.

What inspires you?
I am inspired by Columbus’ people. It’s just incredible what we have going on here. We are collaborative, and open, and intelligent, and artistic, and we have a great sense of Columbus’ destiny. We are talking about where we want to be in ten, twenty, even one-hundred years and it isn’t just lip-service. As the Mayor is fond of saying, “We don’t have mountains, and we don’t have water, but we have us”. In the grand scheme of things, I’ll take us any day.

Pastimes:
In an interview I was once called a “one-man stimulus package for the Columbus food and beverage industry”, and I liked that. I am a big foodie, film buff, and I love the arts (fine, performing, etc).