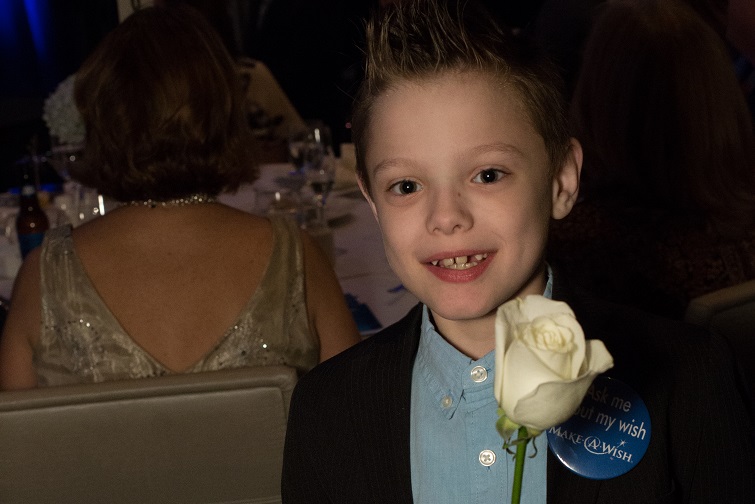 Chris Greicius was just 7 years old, but he had already decided on becoming a police officer when he grew up.

The only problem was the “growing up” part. It would be a privilege denied to him by leukemia. The year was 1980. Chris’s mother, Linda Pauling, wouldn’t let this cold truth prevent her son from making his dream a reality. And she so she reached out to her cop friends for help.

It was just going to be a ride in a police helicopter. But it soon ballooned from there; Chris was able to be become an officer for a day. The little boy was given a uniform and a badge; he was even able to write tickets. It was a dream come true for the young soul.  He died a week later . . . but not before his story found its way into national headlines. Linda was suddenly fielding calls from strangers around the nation who wanted to do the same thing for other sick children. Her son’s life had heartbreakingly ended . . . but something wonderful was just beginning. The Make-A-Wish Foundation was incorporated a few years later by the very same group who had granted Chris’s wish. They emptied the change from their pockets and totaled it up; they had $37. It would be the balance of their first bank account.

Fast forward to present day. Make-A-Wish Ohio, Kentucky & Indiana grants more than 750 wishes every year and is the biggest of the national organization’s 62 chapters. Wishes are granted across the globe in more than 30 nations.

“We raise money today that we’ll spend tomorrow on wishes for kids with life-threatening medical conditions,” said Bridget Tharp, a development officer who fundraises in Central Ohio for Make-A-Wish Make-A-Wish Ohio, Kentucky & Indiana. Tharp described what these children decide when presented with the possibility of a dream coming true.

Young professionals can definitely get involved.