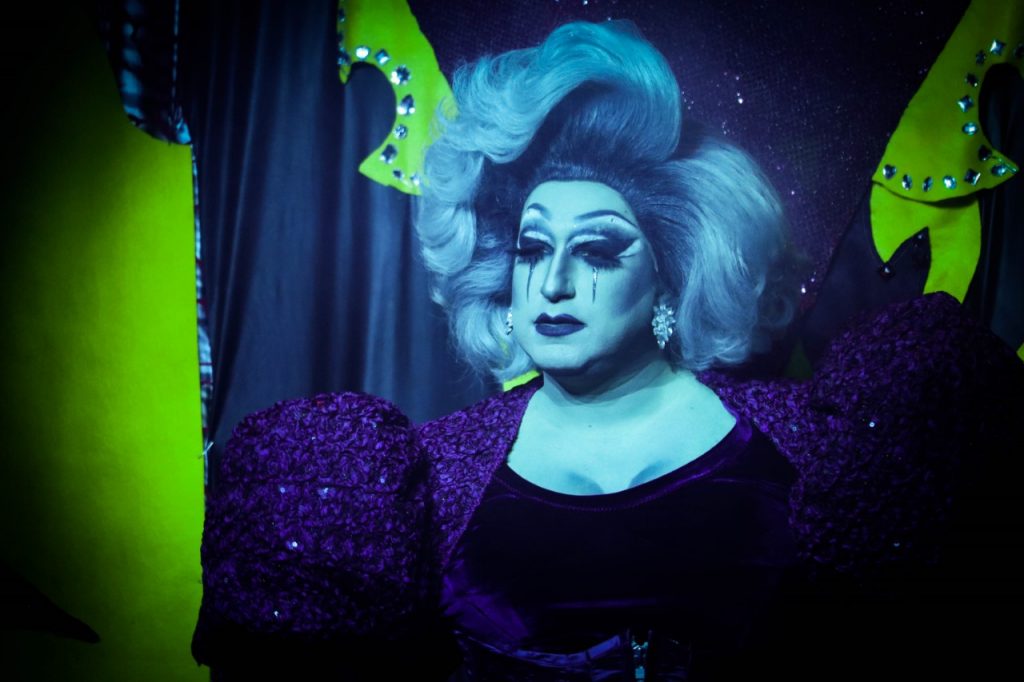 On Sunday, June 9, the final day of the Columbus Arts Festival, the ABC6 Bicentennial Stage welcomes Pride! at the Fest presented by Stonewall Columbus. The free performances honor the 50th anniversary of the Stonewall Riots and kicks off Columbus’ Pride week. Hosted by Virginia West, performances include the Columbus Gay Men’s Chorus, Capital Pride Band of Columbus, singer-songwriter Kelly Vaughn and Flaggots Ohio flag corps. We caught up with Chris Equizi, creator and performer behind Virginia West, about his inspirations, the origins of Virginia West and the evolving drag scene.

Nick: How did you originally create Virginia West?
Chris: Virginia West was created on June 19, 1998! I was a server/bartender at Union Station Video Cafe and for our one-year anniversary party we did an employee turnabout show where all the employees dressed and performed in drag. I was so nervous. I remember thinking afterwards that I would most likely never do it again. I am blessed to have two “drag mothers,” Blossom and Maria Garrison, who guided me and pushed me to do it. Now here I am 21 years later and loving it!

Nick: What is a defining characteristic of the house of West?
Chris: The House of West is known for trying to be helpful to our community. We have been so fortunate to have the best audiences that truly care about our mission of helping others. Combined as a family, we have raised over two million dollars for local and national charities ranging from Mozaic to Pets Without Parents to the Muscular Dystrophy Association. I also like to think we have fabulous legs. 😉 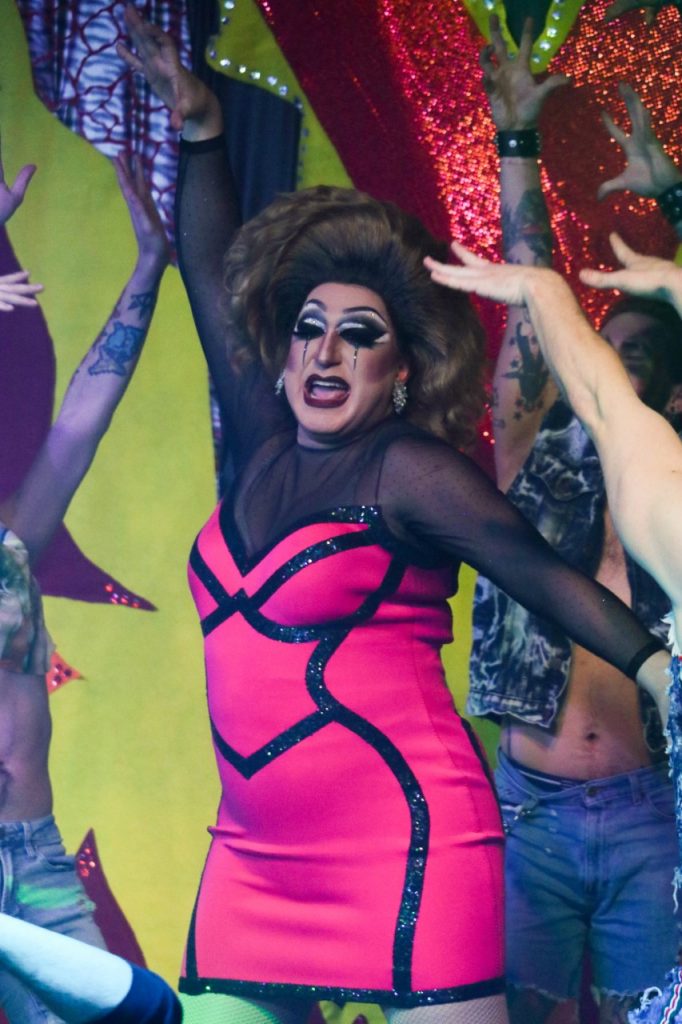 Nick: From where or whom do you draw inspiration?
Chris: I grew up with an older brother and sister who always listened to music in the late 80’s on blast. I remember my brother screaming Madonna songs while my sister was jamming to Bon Jovi and Cameo, so Virginia is a blend of all those musical genres. I love music that I can feel something to, so I tend to do a lot of Pink and rock music. I grew up in drag in the early 2000s, so a lot of my inspiration comes from the “old school’ drag pageant scene. Drag evolves, so I am continuously trying to evolve with it by learning from the new generations of drag queens and kings as well.

Nick: When you mentor new drag queens, what do you think is the most important piece of advice for them to embrace?
Chris: Be authentically you. Drag is art, therefore make your art what you want and believe it to be. There are so many different types and aesthetics of drag and every one of them is valid. I love watching a beautiful female illusionist on stage just the same as I do watching an incredible entertainer who is blurring gender lines or an entertainer who is pushing boundaries and doing performance art. Also, be kind to people and help others whose voices aren’t being heard. Always use your voice for good.

Nick: How do you recharge or relax?
Chris: I love to travel. I am a skier so I love to travel to Lake Tahoe and Banff to hit the slopes. Vegas is my favorite place for a quick trip to re-energize. Other than traveling, I get recharged by hanging out with my family, husband and dogs as well as spending time with my West Family. Other than that, I try to get a quick nap in here and there, too!

Nick: What do you have planned for the Pride! at the Fest performances during the Arts Festival?
Chris: Myself and the West Family will be doing a mini version of what we do for our production shows. I will also have some other incredible entertainers from the Columbus drag scene as well! It will be family-friendly and a fabulous time!

Nick: What’s the best thing about the Columbus arts scene right now?
Chris: The Columbus arts scene is blowing up and I couldn’t be happier! I am so proud of my daughter and best friend Nina West for showing the world the incredible Columbus drag scene and how we do it on RuPaul’s Drag Race. The art scene here is so diverse. We have incredibly brilliant artists changing the scene here, including Briden Schueren, Michael Bush, Mariah Ward and Christian Cimoroni, who are some of my favorites. Our scene here inspires me to be and do better.

Nick: Where else can audiences see Virginia West?
Chris: You can catch Virginia West hosting the Stonewall Columbus Gay Pride Parade on Saturday, June 15! She will also be hosting all the Pride events at Axis Nightclub and Union Cafe. You can catch her Wednesday nights hosting Wednesday’s Are A Drag at Union Cafe at 11 p.m. and weekends at Axis Nightclub! Make sure to come up and say hello!

See Equizi performing as Virginia West at Pride! at the Fest on Sunday, June 9, closing day of the Columbus Arts Festival. The Festival runs June 7-9 on the downtown riverfront, and will feature more than 260 visual artists, five stages of performances, food and drink, kid’s activities and more.