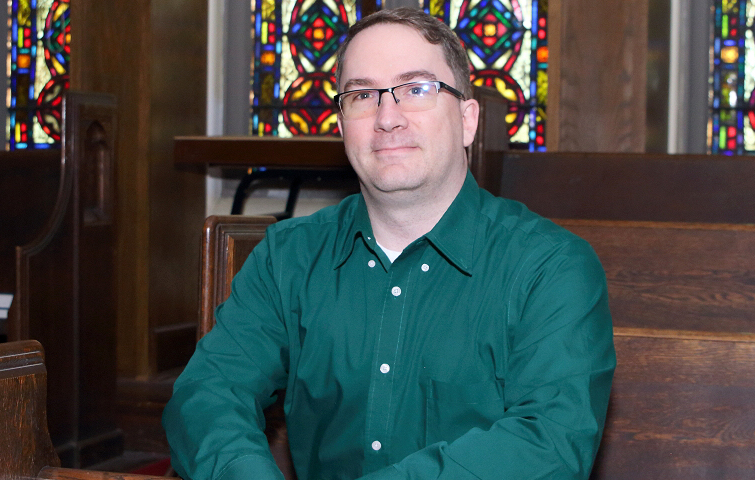 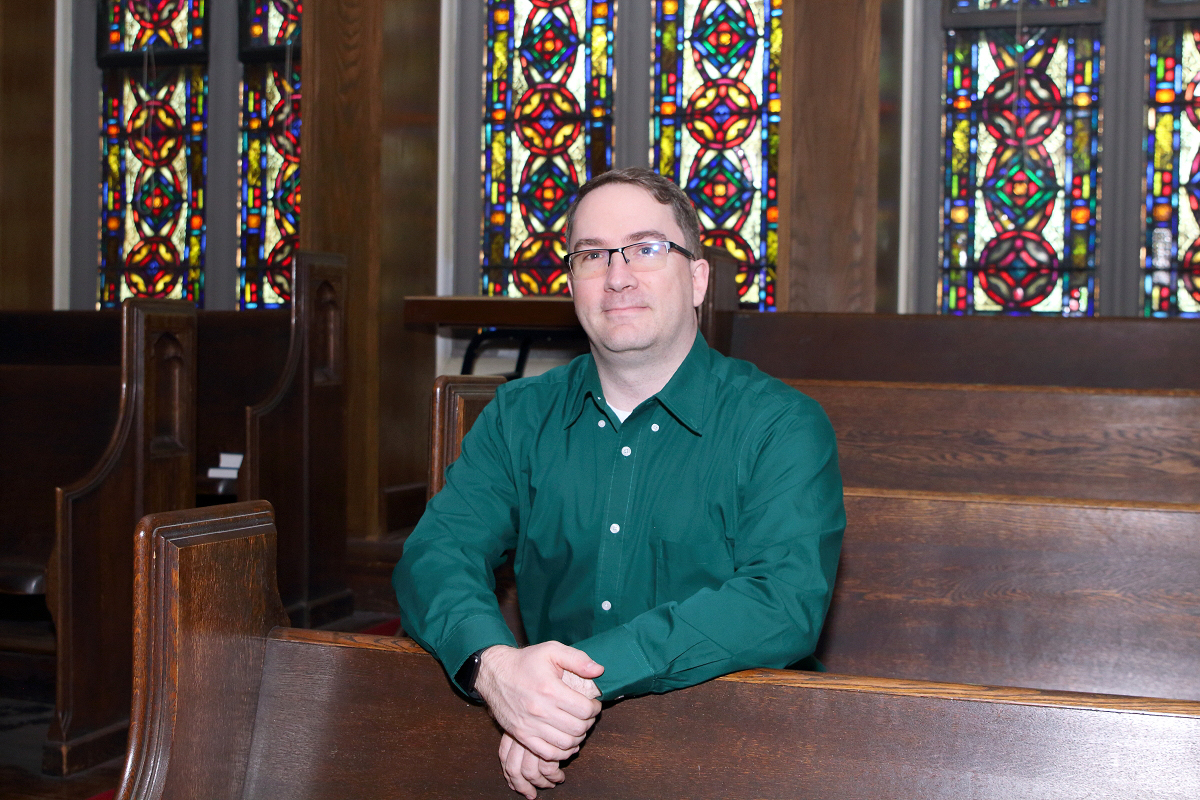 by Barbara Ford, Singer with the Magpie Consort

Christopher Dent is in his third season as Artistic Director of The Magpie Consort, a small vocal ensemble focusing on early music. He is also Director of Music at Indianola Presbyterian Church and Chorus Master for Opera Project Columbus. He is currently preparing the Consort for their spring concert series, Sacred and Profane, a collaboration with Cecily Ensemble, May 1, 4 and 5.

Barbara: You started out as a trumpet major as an undergrad. What drew you to choral conducting?
Christopher: I have had the opportunity to sing in choirs (my mother was our small church choir director) since I was young, but trumpet was my primary musical focus. While I was an undergraduate student, I started directing a small church choir in Zanesville. I guess that was where I really fell in love with choral music.

Barbara: What do you find the most challenging about directing a small vocal ensemble?
Christopher: Ensuring harmony and balance within the group. It can be challenging to find the right placement for each voice within the group to create the best sound. But this is also one of the biggest joys: finding your ensemble voice.

Barbara: I know that you hold several choral conducting positions, but what are some of your other guilty pleasures?
Christopher: I’m a big sports fan. I’ve been a life-long Cincinnati Reds fan and a Columbus Blue Jackets fan since the start of the franchise. I love being able to attend games with my wife and son. About three years ago, I started cooking, and that has become a means of relaxation for me, too. I like finding new recipes and exploring how to pair foods.

Barbara: You live in Grove City and are very fond of that community. What drew you to that part of Central Ohio?
Christopher: Grove City still has a small-town feel. Its thriving downtown area is reminiscent of the towns I grew up in. And it seemed like a great place for us to move to when we wanted to be closer to family. 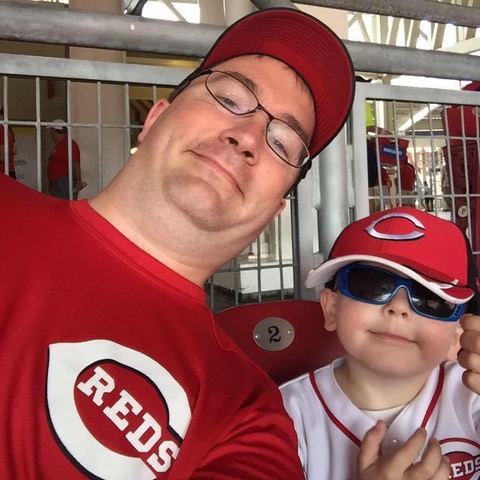 Barbara: How did this collaboration with Cecily come about?
Christopher: A member of Clintonville Woman’s Club met you, one of our singers, at a Village in the Ville event and, remembering that she was a musician, approached her with the idea. She had one condition, of course, that Cecily be a major part of the event.  We thought it would be a good fit.