Columbus Coffee Trail: 8 Places To Get Started On Your Caffeine Quest 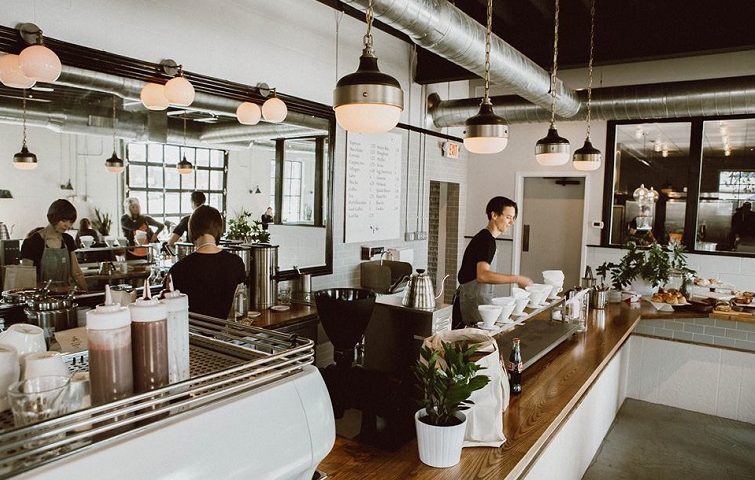 Columbus has one of the most diverse and vibrant coffee scenes in the Midwest. Many local shops have begun to focus on small-batch roasts and hand-crafted specialty coffee while also supporting the farmers who cultivate their beans along with giving back to social justice causes. The Columbus Coffee Trail features 17 participating venues. Collecting stamps from four of them will get you a Columbus coffee experience T-shirt, and making it to all 17 earns you a free travel mug. To get you started, here are eight places to explore the city while satisfying your need for caffeine. 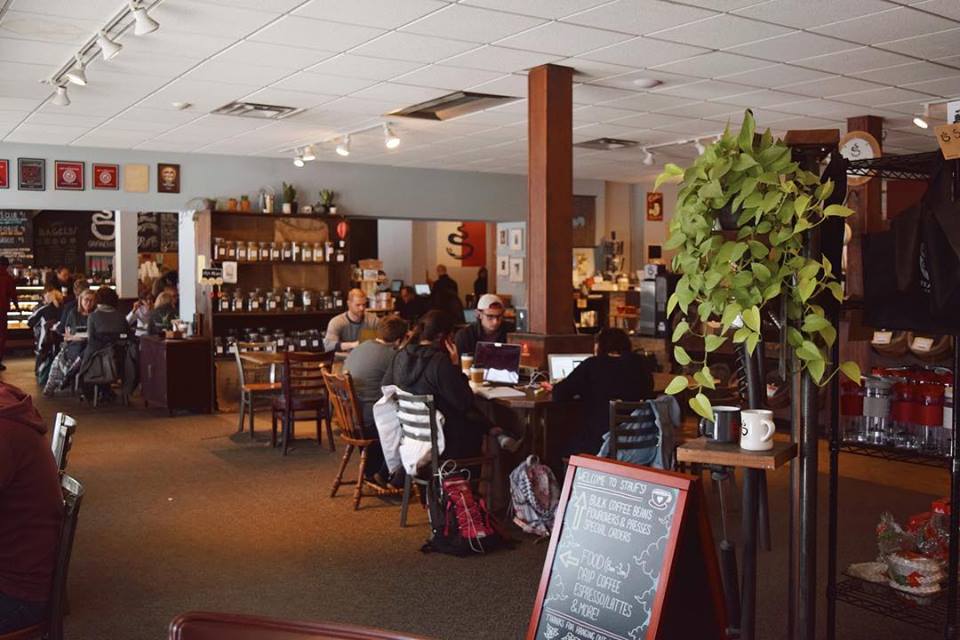 Since they began roasting coffee in central Ohio in 1988, Stauf’s has grown over time to a total of five locations in Grandview, German Village, North Market, Franklinton, and the discovery district. In addition to their small-batch, hand-roasted coffee beans and unique blends of tea, the Grandview location has a kitchen that serves a variety of breakfast and lunch options including omelets, avocado toast, and signature wraps and sandwiches. If you’re looking for a hand-made pour over or French press, the baristas will be more than happy to help you choose from among dozens of types of coffee beans to make just the right cup for you. 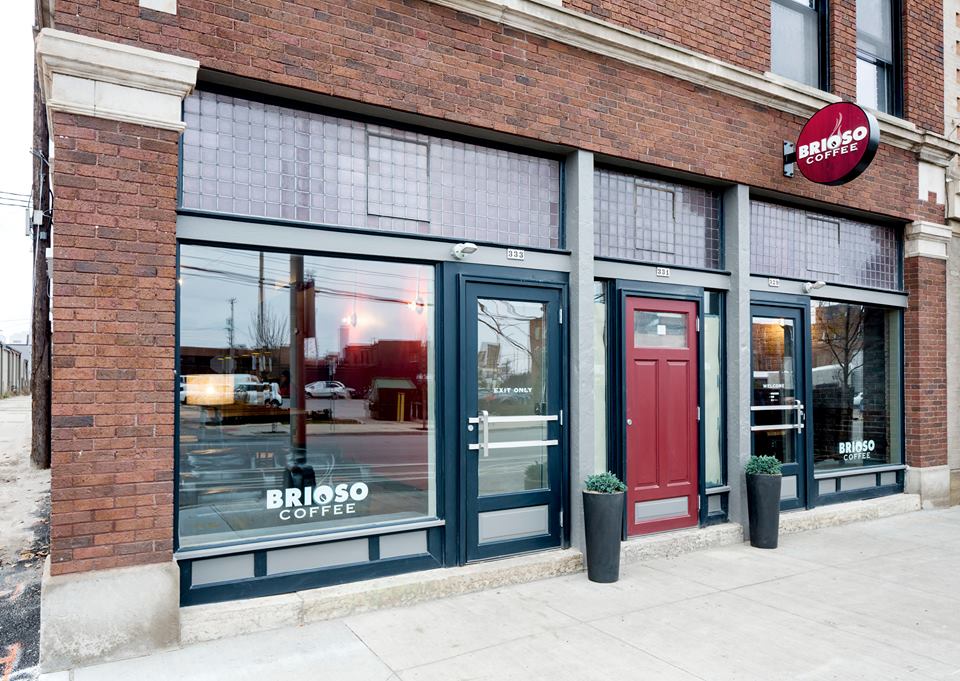 Originally founded in 2001, Brioso Coffee now has two downtown locations within half a mile of each other at 14 E Gay St and 329 E Long St. It’s easy to tell that the staff – whom they proudly refer to as family – is dedicated to their mission to “spread the value and rarity of a truly special coffee experience.” You’ll find everything from nitro cold brew to house-made chai and even some seasonal items like their espresso sparkling lemonade. For those in need of an afternoon pick-me-up, Brioso offers a happy hour from 2 to 4 pm on weekdays. 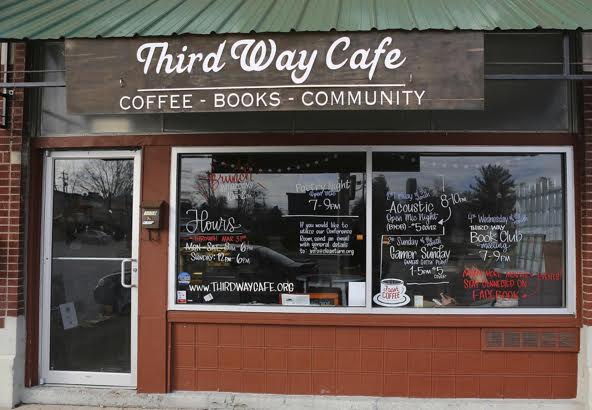 A relatively new addition to the trail, Third Way opened in December 2017 at 3058 W Broad St as a venture of CleanTurn Enterprises. The intention was to create a home away from home where people could come together with diverse perspectives and collectively find “a third way.” The shop promotes the learning and personal development of incarcerated individuals, donating one book to an Ohio prison for every two books purchased from their book store; and collaborating with Coffee Crafters Academy, which supports inmates learning to work as baristas and finding employment upon their release. 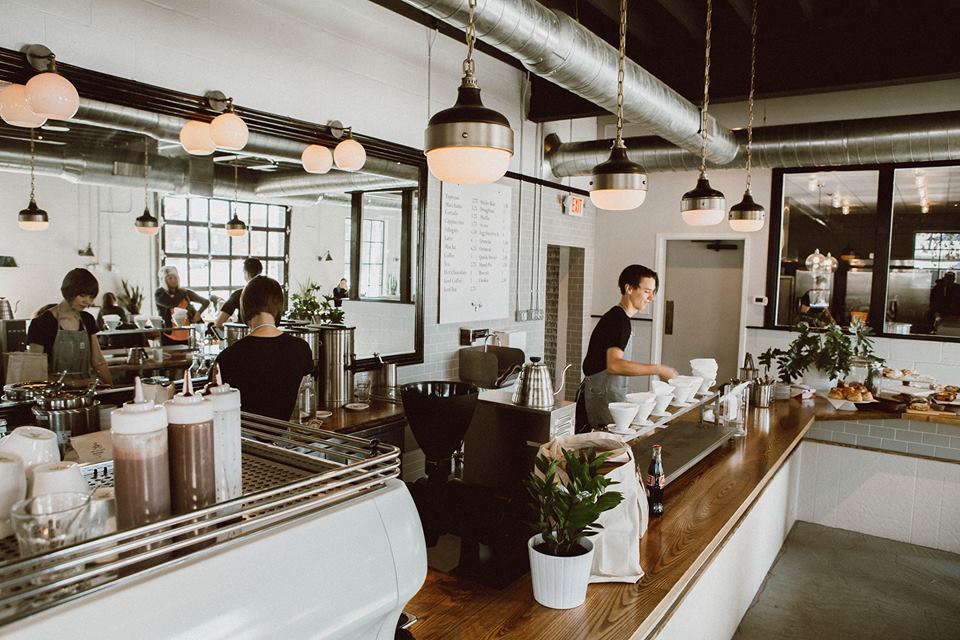 Fox in the Snow Cafe

Rustic-style baked goods are treasured just as much as hand-crafted drinks at each of the three Fox in the Snow cafes in Italian Village, German Village, and New Albany. The first location became an instant hit when it opened in 2015 out of a renovated mason garage on Fourth Street. Owners Lauren Culley and Jeff Excell drew inspiration from their time in New York to create an open environment that would foster connection and conversation. The pastries on display don’t have any labels to identify them, inviting customers to ask questions and open a dialogue with their server when deciding what to order. You won’t want to miss their famous souffled egg sandwich or their New Orleans iced coffee. 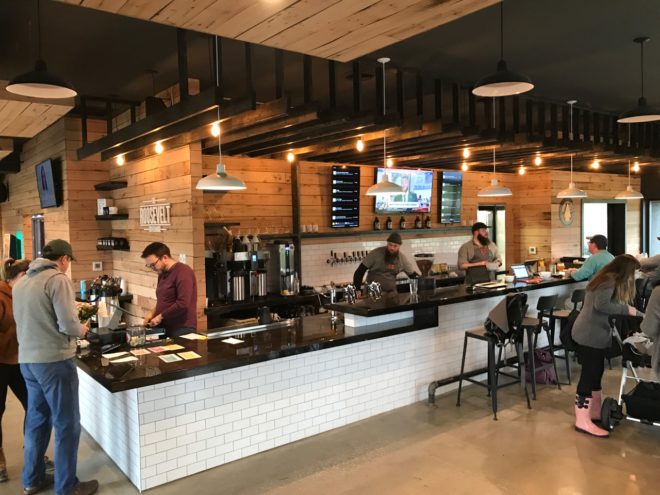 Via Breakfast with Nick

The main studio of The Roosevelt Coffeehouse is in the discovery district of downtown Columbus and the corner of 6th St and Long St. Filled with natural light, the coffee bar features rotating pour over options, seasonal specialties, and baked goods from local partners such as Destination Donuts. True to their simple motto of “love, justice, coffee,” the Roosevelt is a non-profit committed to ending hunger, unclean water, and human trafficking. In 2018, the company donated over $30,000 and impacted a total of nearly 12,000 people, so you can be sure when you visit the studio that you are caffeinating for a cause. 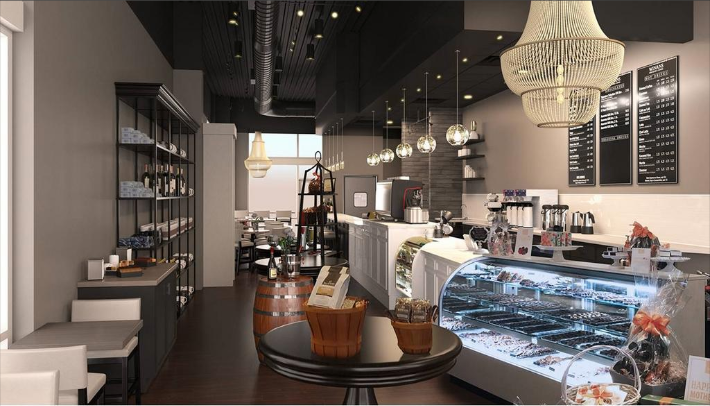 Winans traces their origins back across four generations of family ownership beginning in the early 1900s. What started as a pastry shop in Bryan, Ohio has since transformed into a crafter of premium chocolates and coffees with almost 20 locations across the state. Although there are a total of four in Columbus, the two participating in the coffee trail can be found downtown and in German Village. While sipping your favorite style of coffee, you can purchase individual chocolates or assorted gift boxes ranging from four pieces all the way up to four pounds. 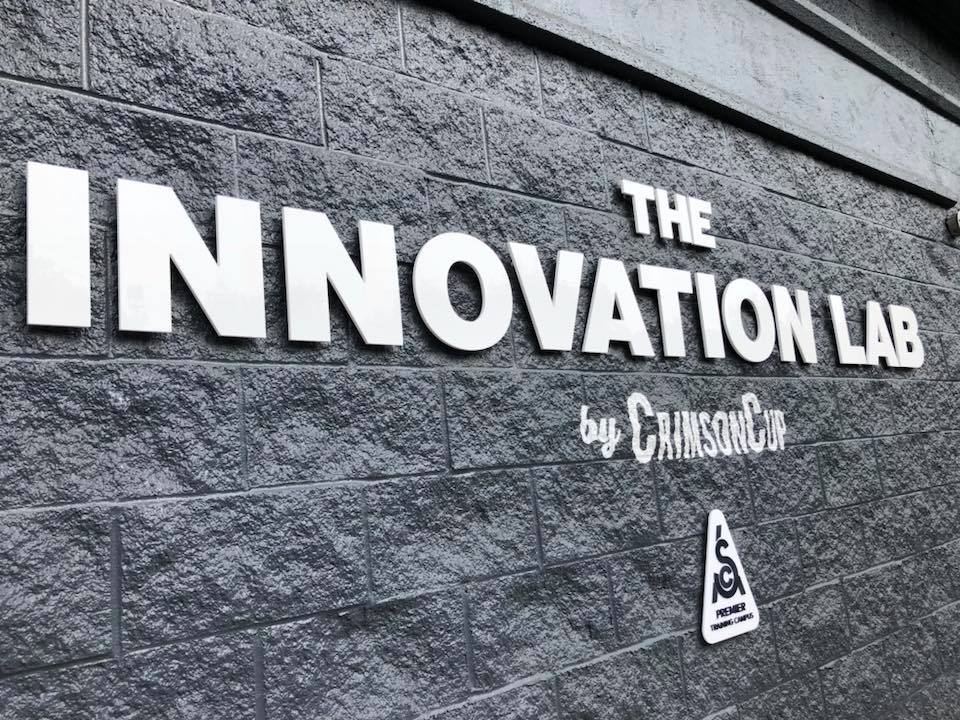 Greg Ubert, a Columbus native educated at Harvard, made the decision to walk away from the high-profile computer software career he had thought he wanted. His passion for specialty coffee and his desire for a more engaging work life, a fun work environment, and a culture of giving led him to found Crimson Cup Coffee & Tea in 1991. In addition to making “handcrafted awesome coffee,” Crimson Cup supports small businesses by offering a completely free education and consultation program for those interested in starting their own independent coffee house. 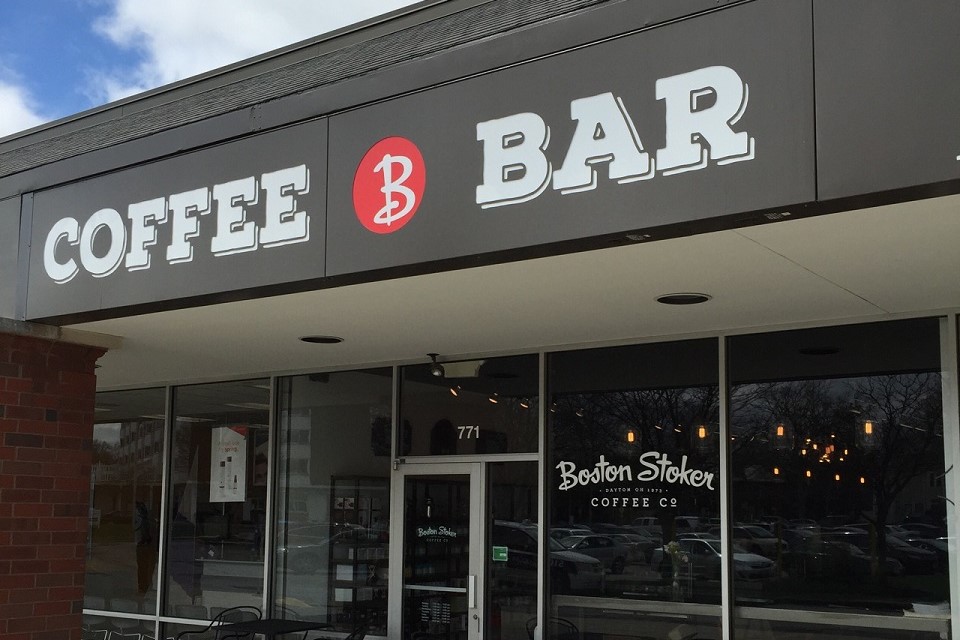 Via Breakfast with Nick

Originally founded in Englewood, OH in 1973 as a pipe and tobacco shop, the Columbus Boston Stoker can be found in Victorian Village on Neil Ave. At first, specialty coffee was introduced to encourage customers to stay in the store, and the growing demand for their coffee beans gradually transformed the operation into the small-batch, high-volume roaster it is today. Still a family-owned business, Boston Stoker focuses on direct relationships with farmers who cultivate the best quality coffee around the world.