Columbus on the Green: 6 Local Parks to Visit This Season 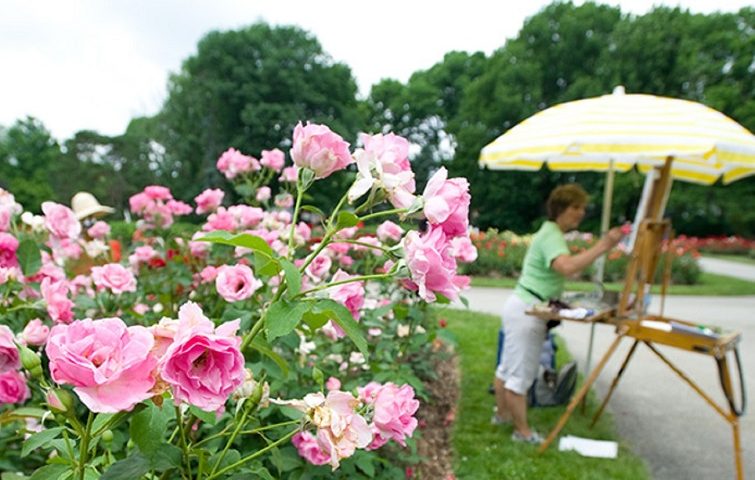 Congratulations! You survived another harrowing Ohio winter! No better way to bask in the spring and summer sunshine than to spend some time outdoors in one of the city’s many scenic parks. Whether you prefer to lounge under the trees, stroll amongst the gardens, or get active on a bike path or b-ball court, the city’s many parks offer something for everyone. Here are a few of our favorites to explore in the coming seasons. 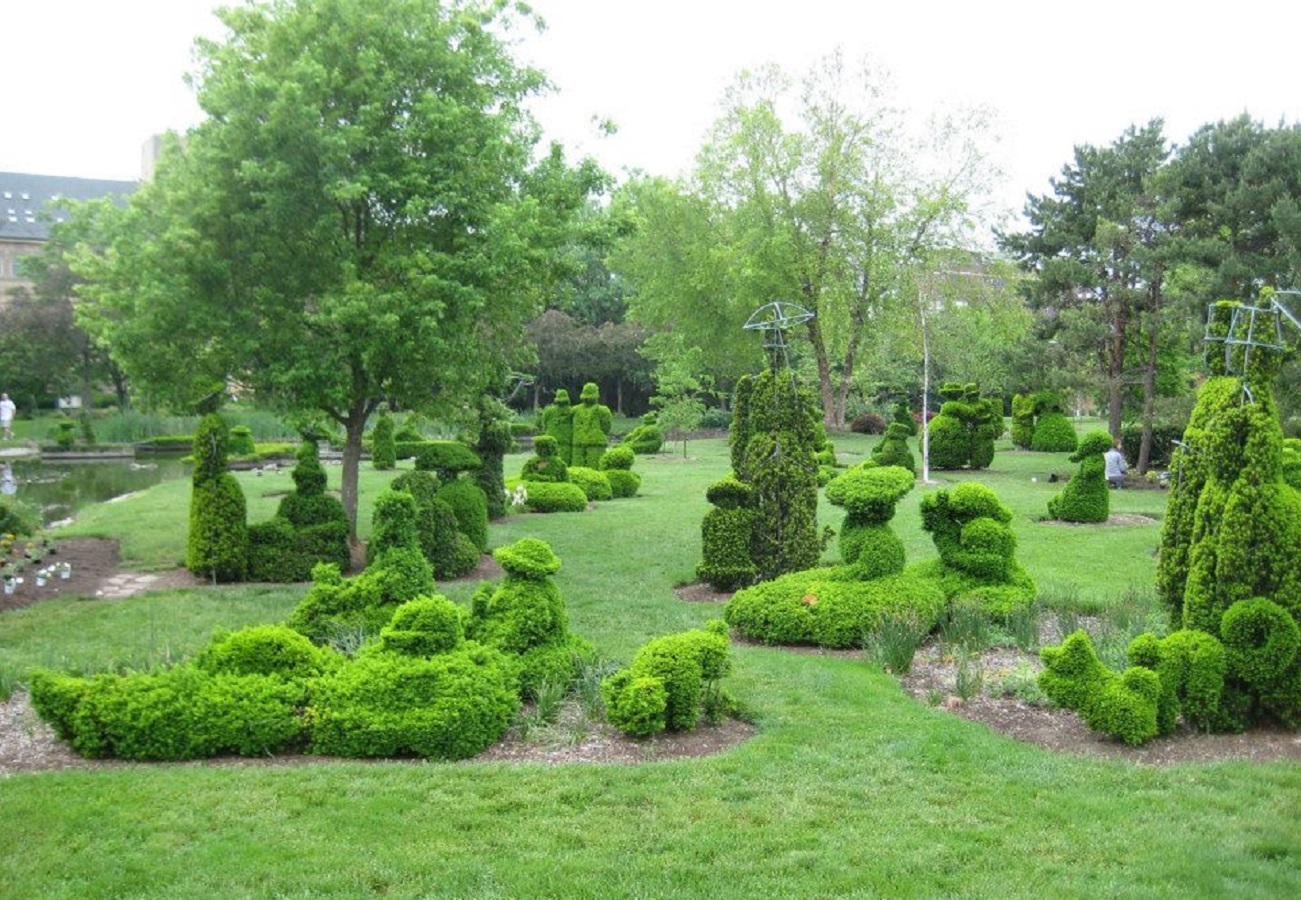 Strolling through Downtown’s Topiary Park is like stepping into a classic landscape painting-or a scene from “Edward Scissorhands.” The lush green space is home to a series of giant yew topiaries meant to interpret Georges Seurat’s iconic pointillism painting “A Sunday Afternoon on the Isle of Grand Jatte.” The famous piece is brought to life with 54 12-foot tall human figures, eight boats, and even several animals, which all of which make this park a destination for wonder & whimsy. 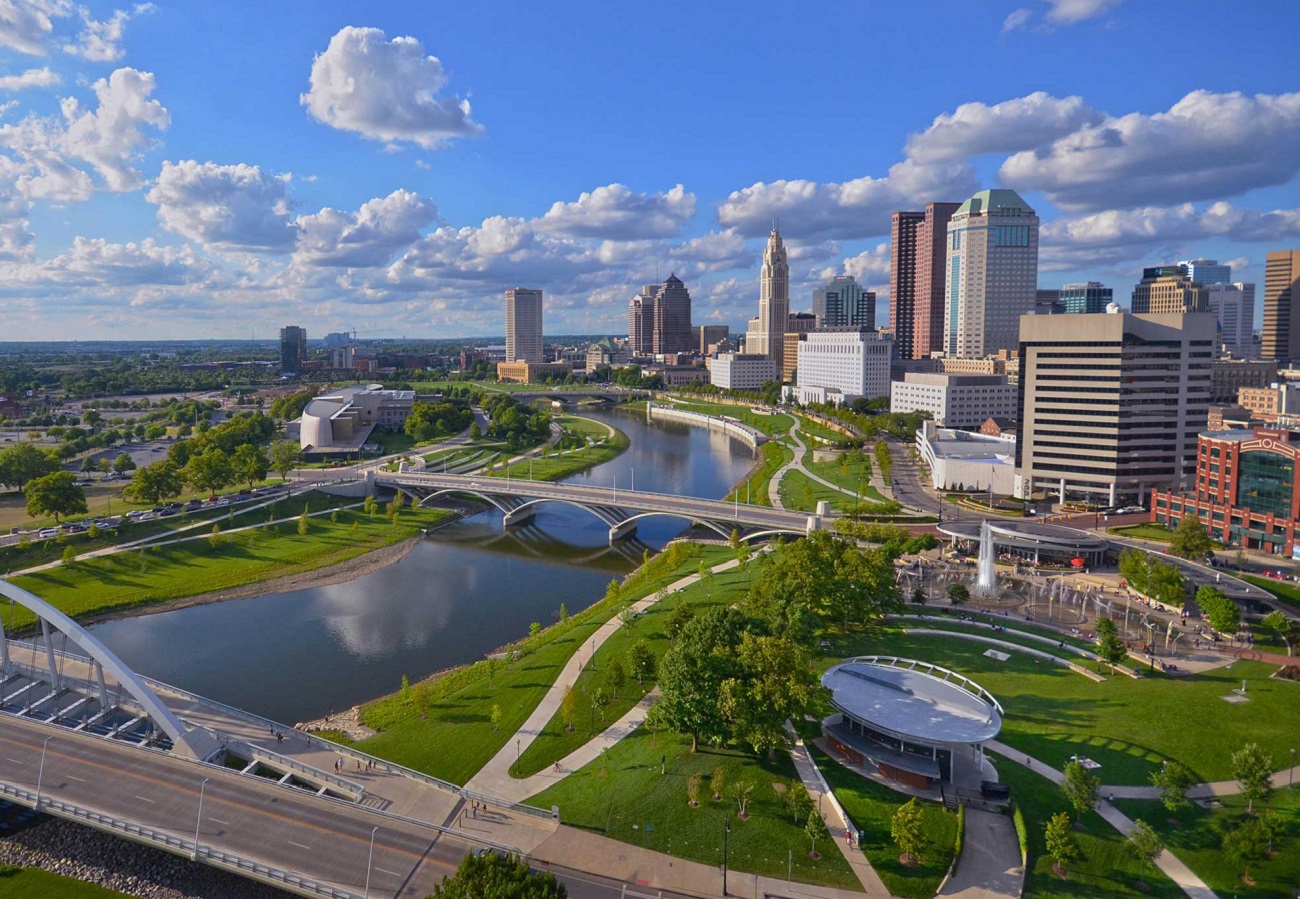 The Scioto Mile Parks straddle the Scioto River downtown, connected by a series of bike trails & waterside promenades with wonderful views of the city skyline. Highlights of these green spaces include a large amphitheater, LED light displays, and public art in Genoa Park, giant sculptural water fountains, an event pavilion, & a fine restaurant in Bicentennial Park, memorials & monuments in Battelle Riverfront Park, a climbing wall, boating & fishing, & other outdoor rec in the Scioto Audobon Park, and much more. This area is also home to some of the city’s best annual events, including the Columbus Arts Festival, the Pride Festival, and the Jazz & Rib Fest. 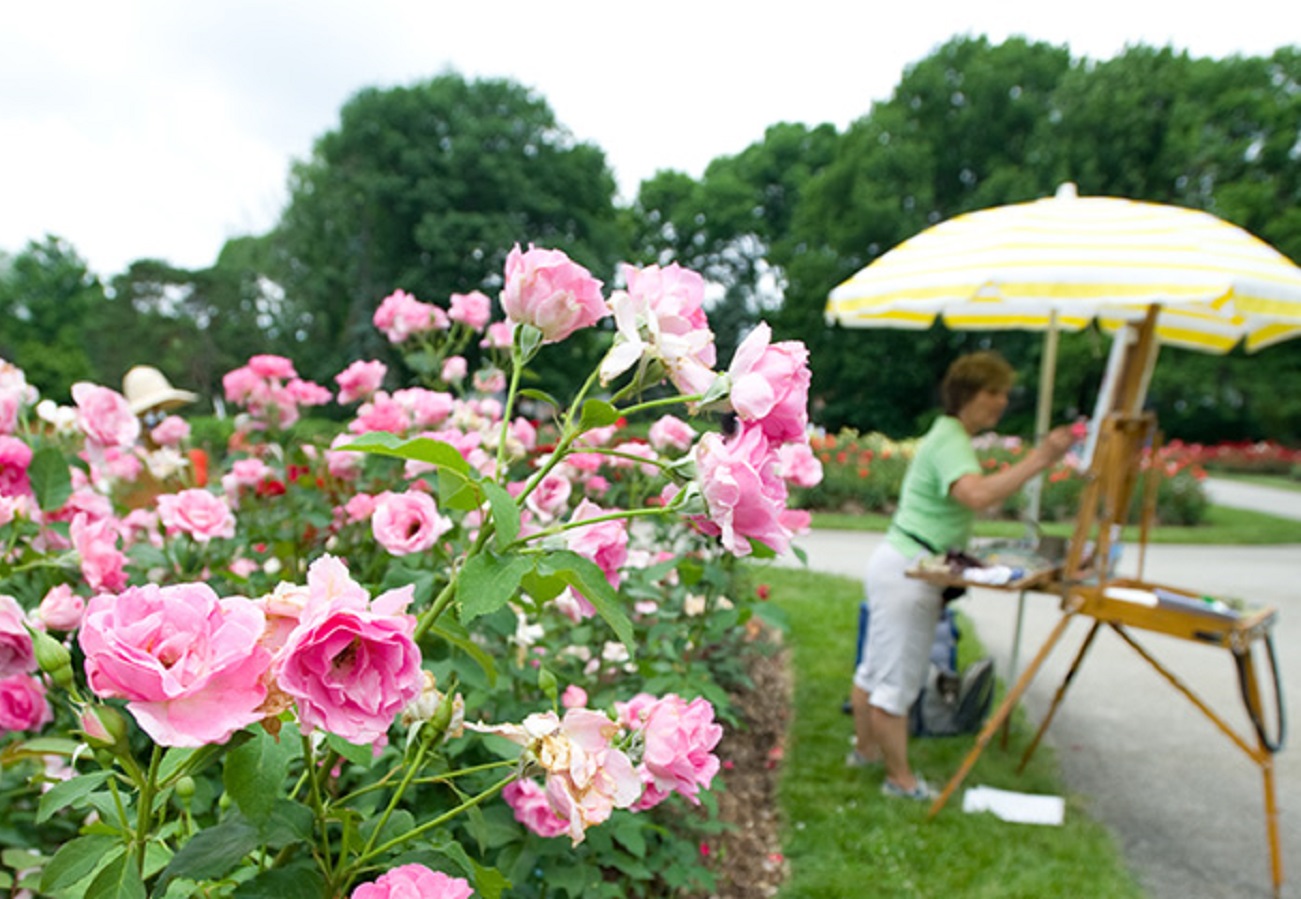 Via Park of Roses

Clintonville’s Park of Roses is best for visiting during late May through September, when its namesake flora is in bloom. Created in 1953, the park features 13 acres of lavish gardens, which have grown to boast over 12,000 rose blooms of more than 400 varieties, as well as hundreds of species of other perennial flowers, herbs, shrubs, and other plants. The award-winning park also hosts frequent volunteer & community events, and serves as a popular wedding venue. 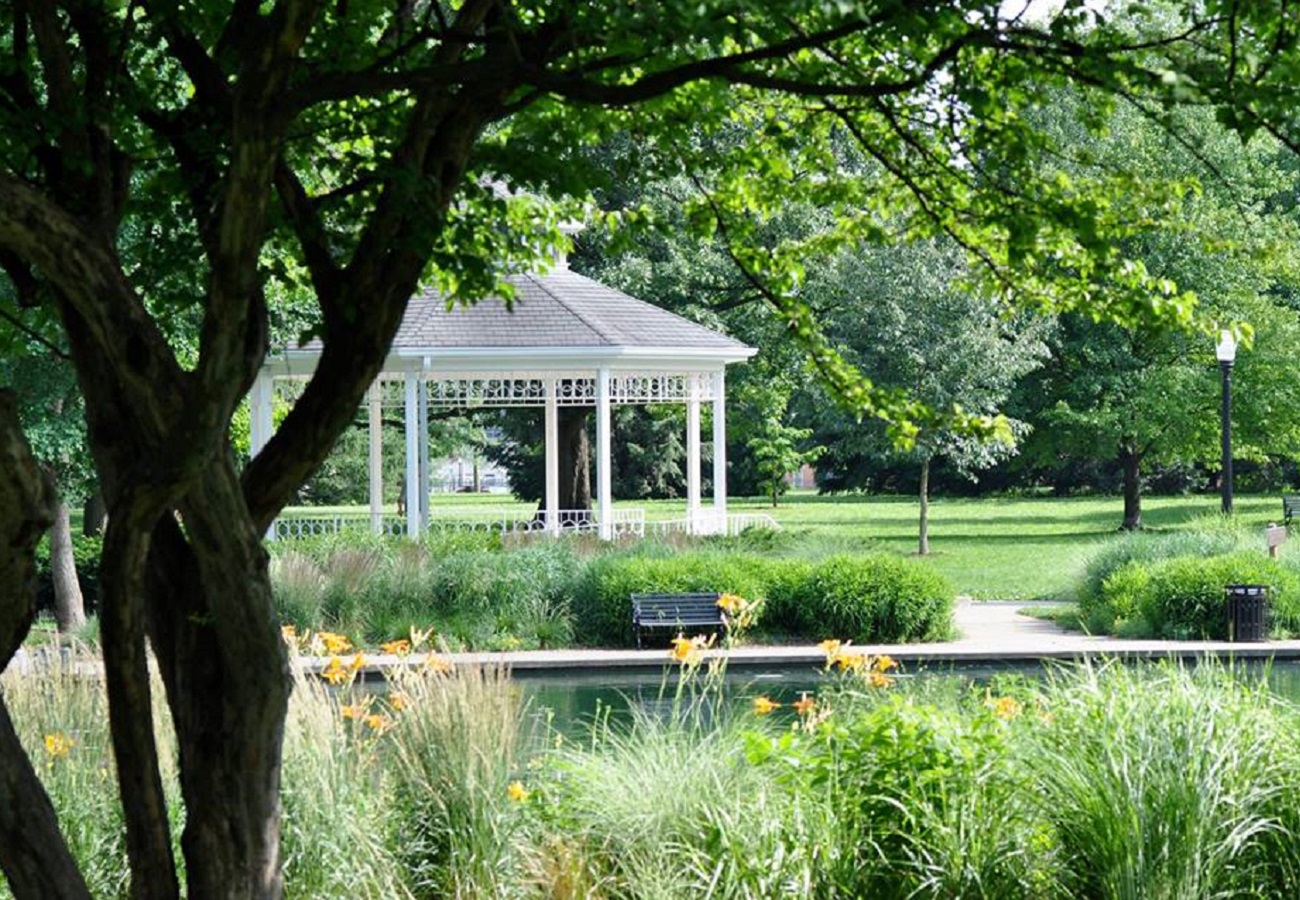 Having been established in 1868, Goodale Park is the oldest in Columbus, and amongst the oldest in the country. The 32-acre greenspace sits central to Victorian Village, the Short North, & Park Street/Arena Districts and features a thriving collection of over 700 trees in over 500 varieties. Goodale’s amenities include a pond with fountains, gardens, a gazebo, tennis & basketball courts, and playground, and not to mention, some of the best Pokemon Go gameplay in town. The park is also home to many year-round volunteer events, and annual celebrations like Comfest and the Goodale Park Music Series. 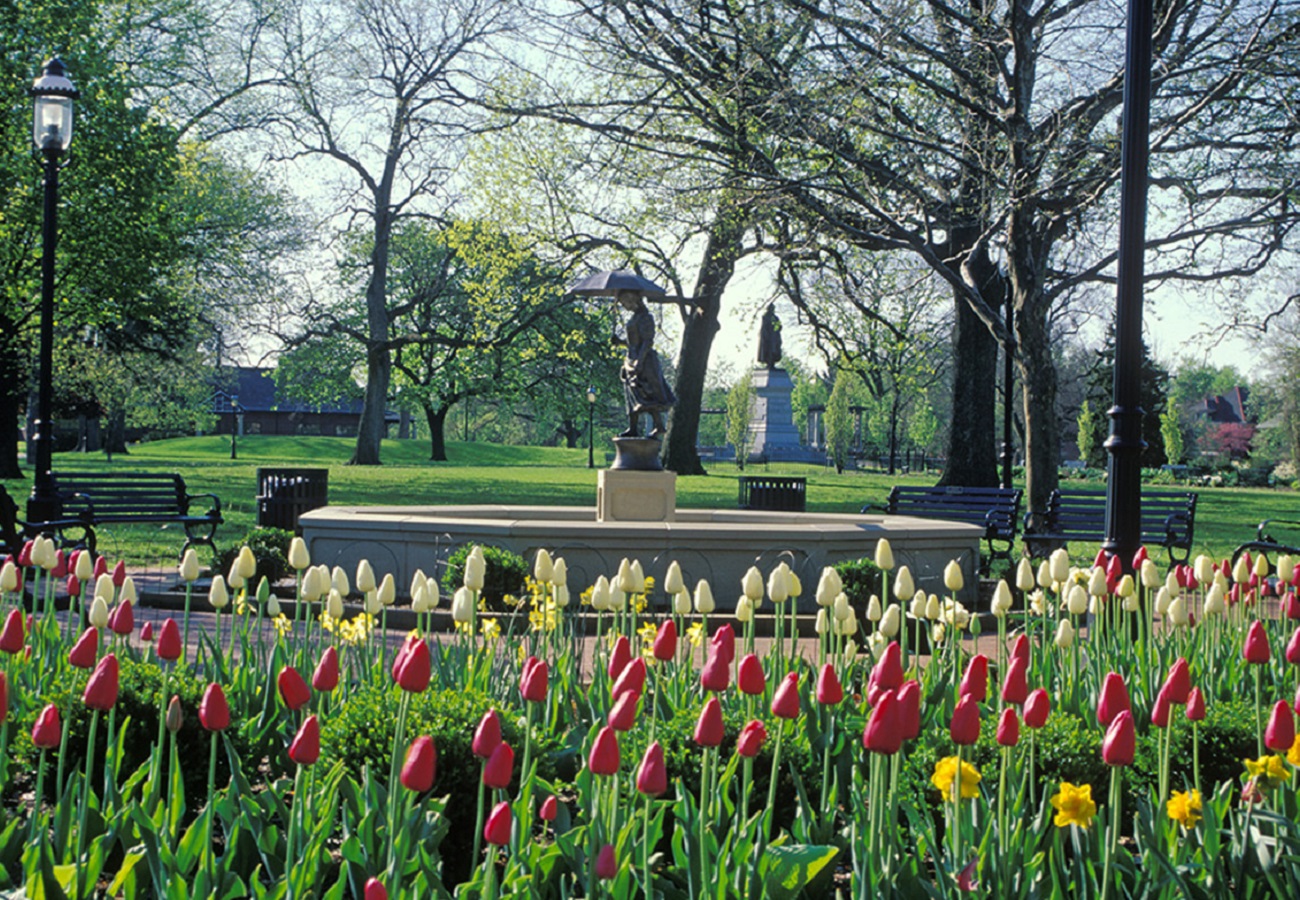 Although it’s not as large as some of the entries on this list, German Village’s Schiller Park still deserves mention as a spring & summer hotspot. The cozy space has always been a hub for community events since its establishment in the 1800s, and is especially popular today for hosting live outdoor performances from the Actors’ Theatre of Columbus on its Amphitheatre Stage during the warm seasons. Also in the scenic 23-acre park, one can find fountains, a fishing pond, statues & monuments, flower gardens, a gazebo, basketball & tennis courts, athletic fields, and a playground. 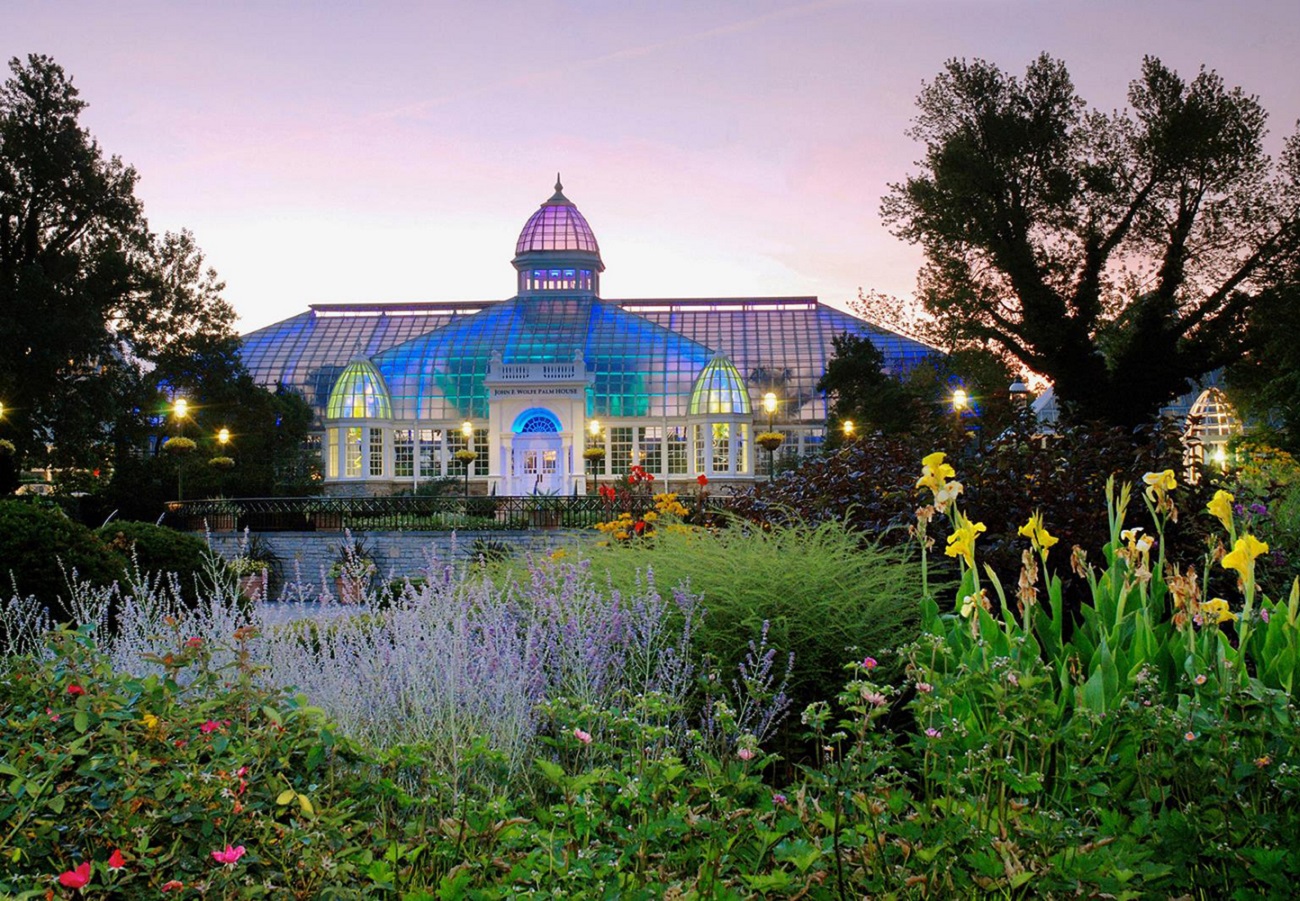 Via Zanesville Museum of Art

After operating as a county fairground in the 1800s, the expansive Franklin Park resides on the city’s East Side and is best known for its spectacular Franklin Park Conservatory. Built in 1895 and used as a zoo until the 1990s, the Conservatory is now a hub for botany & horticulture. The space is home to several gardens & exhibits containing over 400 plant species from around the globe, plus art pieces & galleries, and hundreds of butterflies during warm seasons. Franklin Park also features lush trees, a scenic pond, playground, and walking trails, and frequently hosts community events including the annual Asian Festival.