Columbus on Vinyl: A Guide to the Area’s Best Record Stores 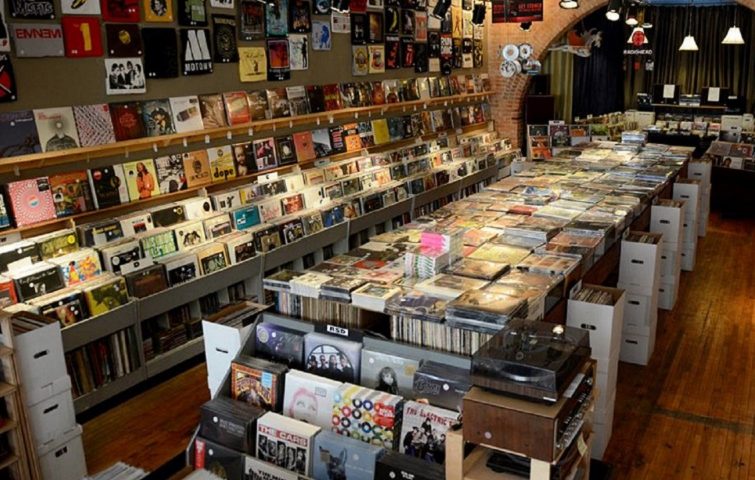 It’s no secret that vinyl records have made a comeback in recent years, a trend which shows no sign of slowing down anytime soon. In a city as rich in arts & culture as Columbus, there are several places for both novices and collectors to get their fill of music on wax. Here are six local record stores that continue to please all types of audiences with their offerings. 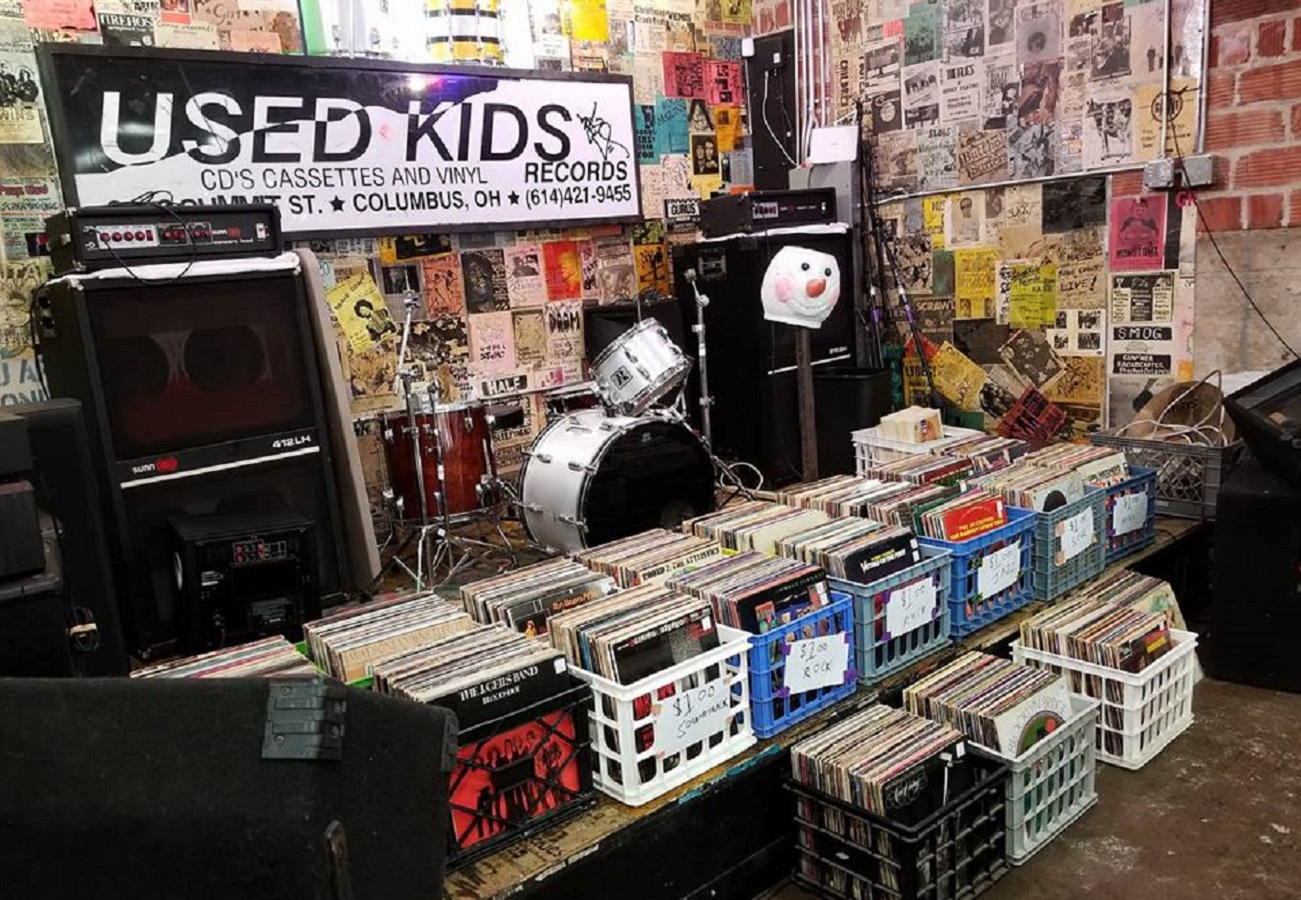 Since 1986, Used Kids Records has gained the reputation of being one of the city’s all-time best locations for new & used vinyl. Originally located on OSU campus, it survived a fire in 2001, which forced a move to its second-story spot up a set of band sticker & concert poster-plastered stairs just off High St. The store has since upgraded, moving to its new 2,500 square-foot location in the Old North neighborhood in 2016. Used Kids continues to please every taste profile with thousands of records and CDs spanning genres from classical & jazz to punk rock & hip-hop. It also includes a small performance space which frequently hosts local musical acts. More info » 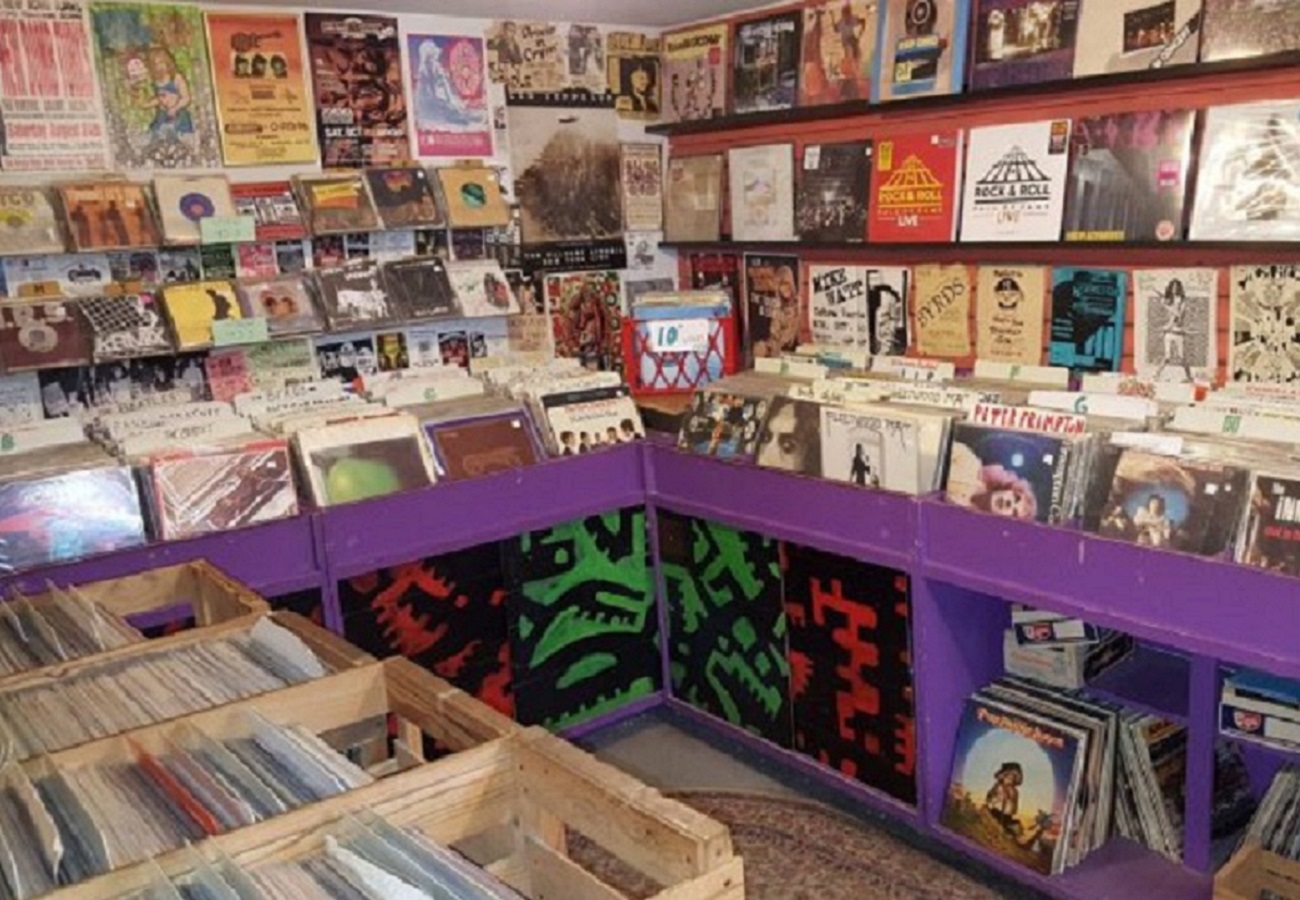 With a storefront that appears as any other Clintonville home, Lost Weekend Records has been catering to music-lovers and collectors since 2003. The shop’s owner, Kyle has built a spectacular reputation with his dedication to creating an inviting, welcoming, and customer service-heavy environment, showing a great level passion and knowledgeability for music and going the extra mile for shoppers. Lost Weekend boasts several rooms choc-full of vinyl, cassettes, and CDs of all genres, DVDs & VHS tapes, books, and pop culture memorabilia, and hosts events like record swaps and live music year-round. More info » 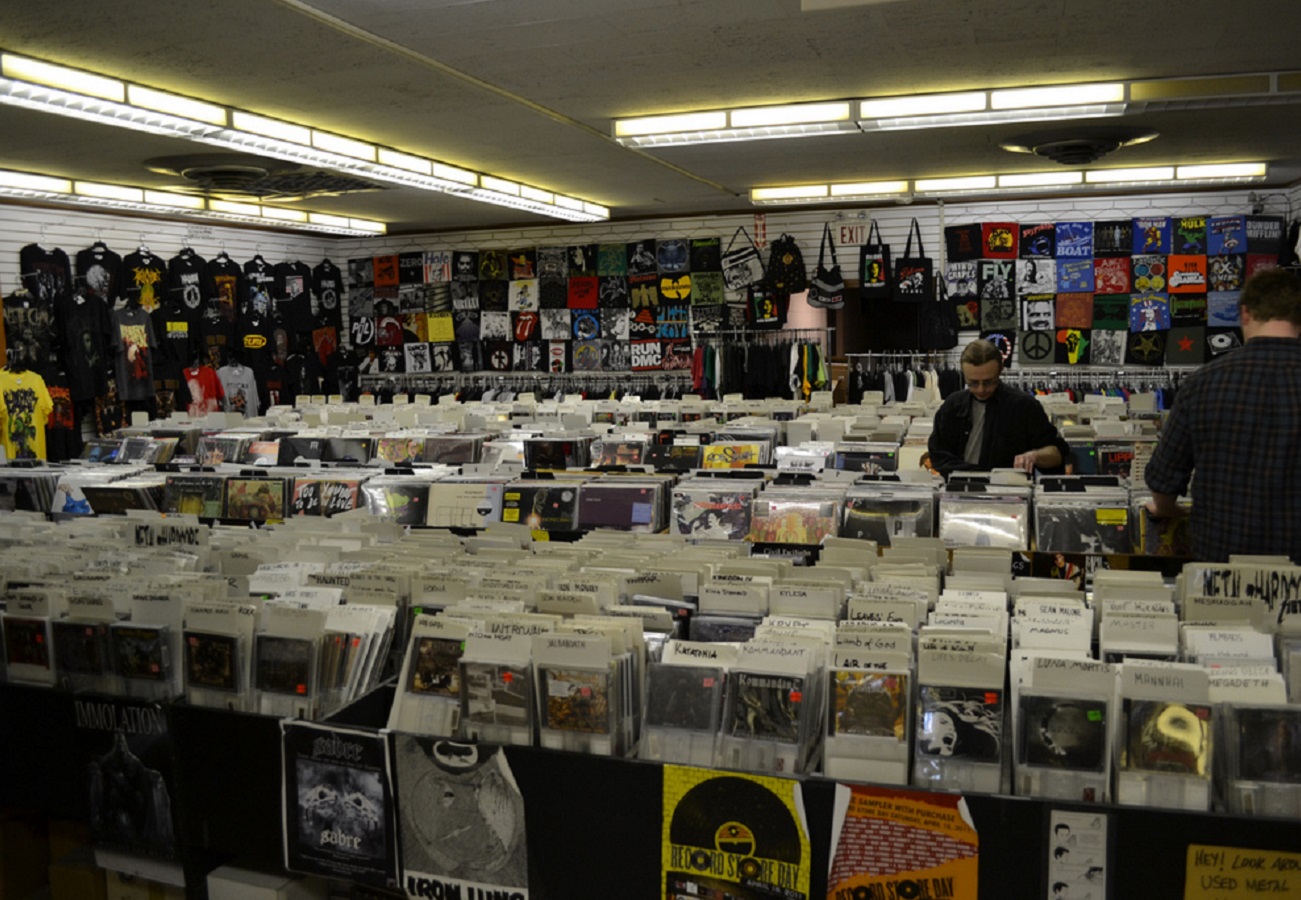 Magnolia Thunderpussy is the oldest record store in the city, having been established in 1969. With a location next to another Columbus music staple, Skully’s Music Diner, the store bursts at the seams with pop culture. In addition to thousands of vinyl records in the hip-hop, metal, rock, pop, and other genre categories, Magnolia offers a wide selection of CDs & DVDs, hundreds of band t-shirts, patches & buttons, posters, and other memorabilia. More info » 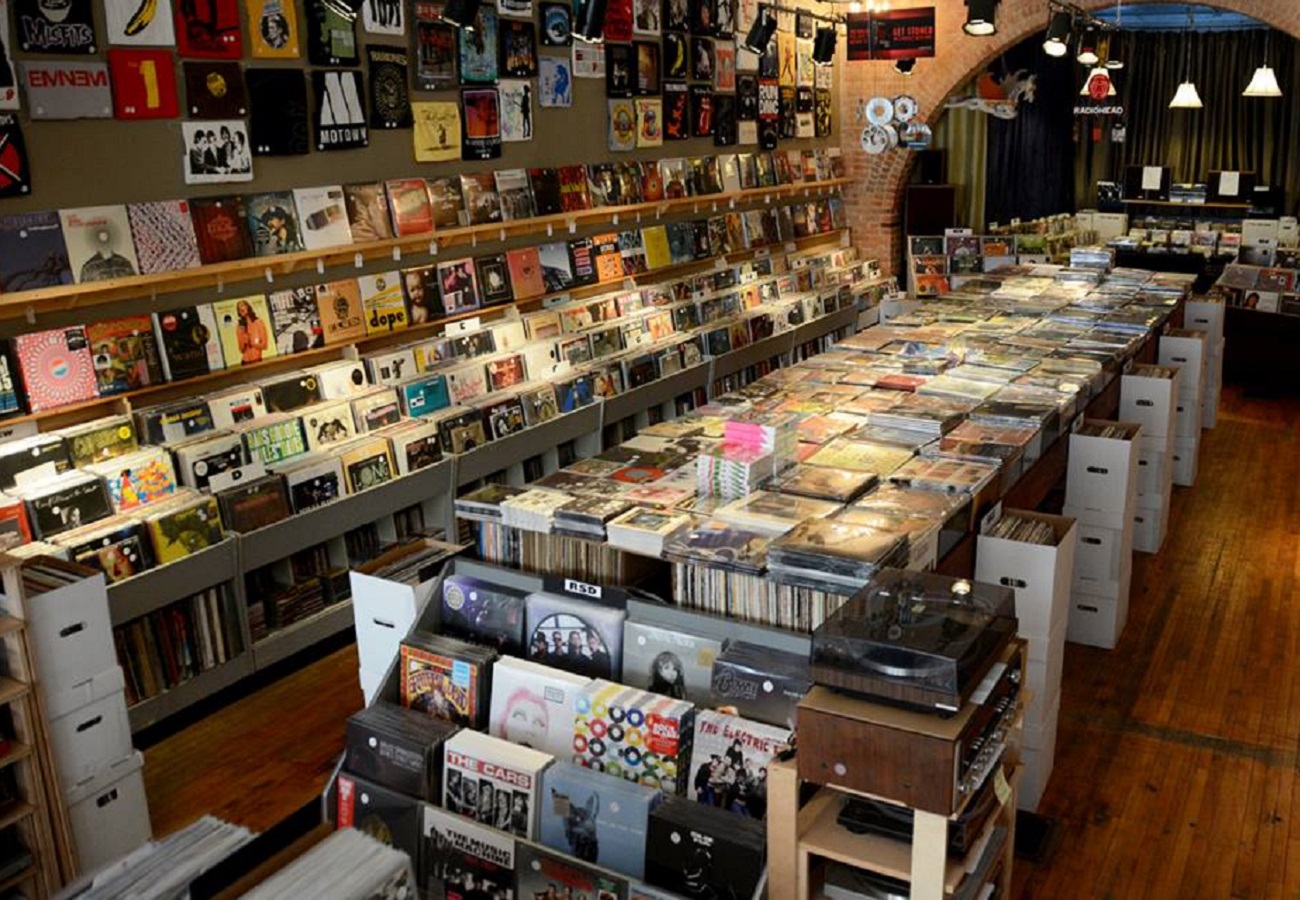 The University District’s Records Per Minute is another location that has earned a reputation for above-and-beyond customer service. The shop’s owner, Steve has worked in the business for over 20 years, and is known for his knowledge & enthusiasm for music and keen sense of what’s buzzing in the vinyl collecting community, constantly rotating his selection to fit customer’s needs. His curated collection boasts over 50,000 records in one of the most genre-spanning arrangements in the city, many of which are priced at just $2. The store also includes used CDs and top-of-the-line audio equipment. More info » 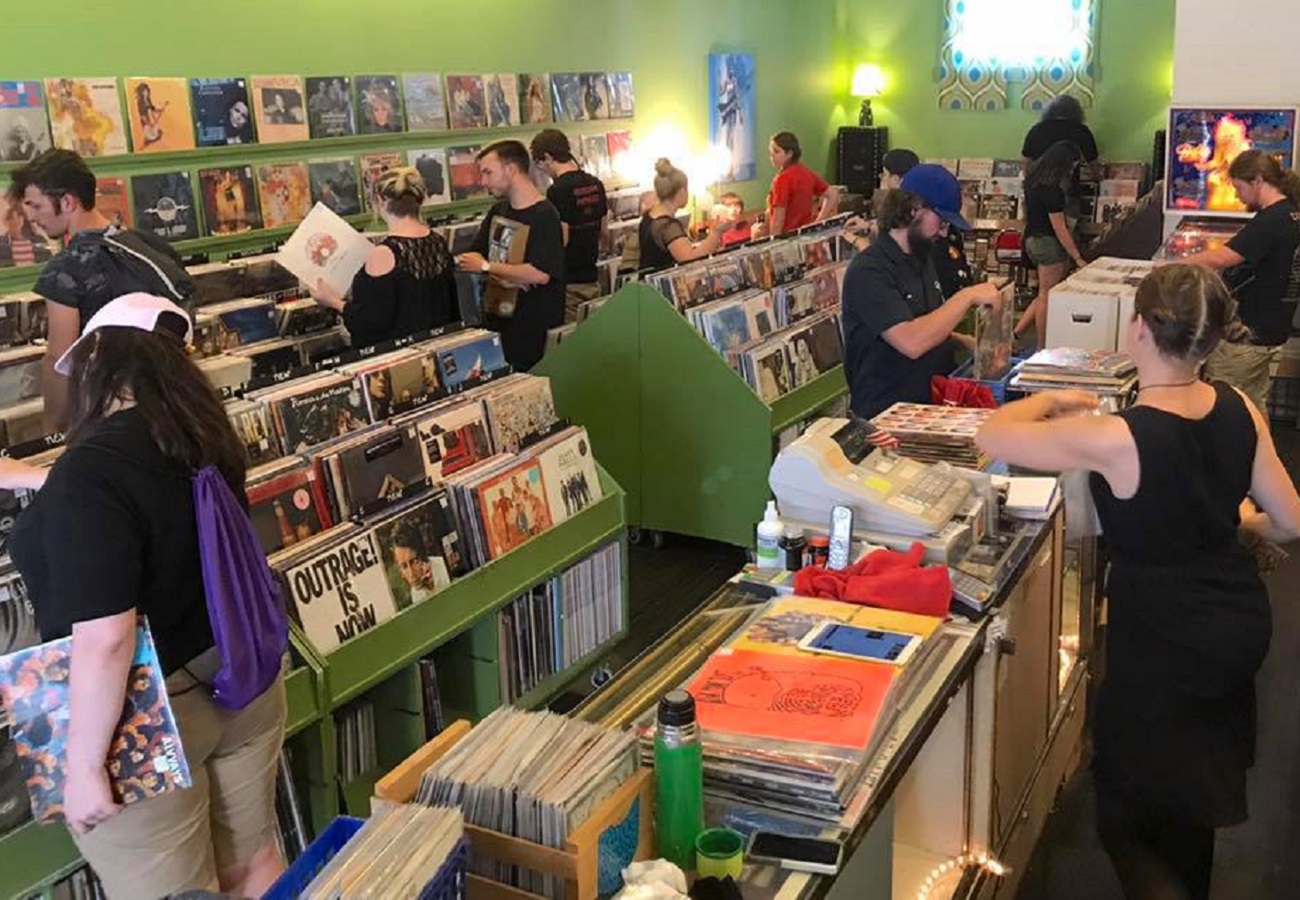 Nestled Downtown in close proximity to local favorite hangouts like Pins Mechanical Co, Wolf’s Ridge Brewing, and Elevator is Spoonful Records, which opened its doors in 2010. This location offers new and used vinyl from all eras in genres like rock, punk, jazz, metal, and indie, collector LPs and 45s, and audio equipment suitable for both seasoned collectors and novices. People love Spoonful for its diverse selection, $1 sale events, and its owners, who have earned a reputation of great service, knowledgeability, and dedication to building relationships with those who come to buy or sell records. More info » 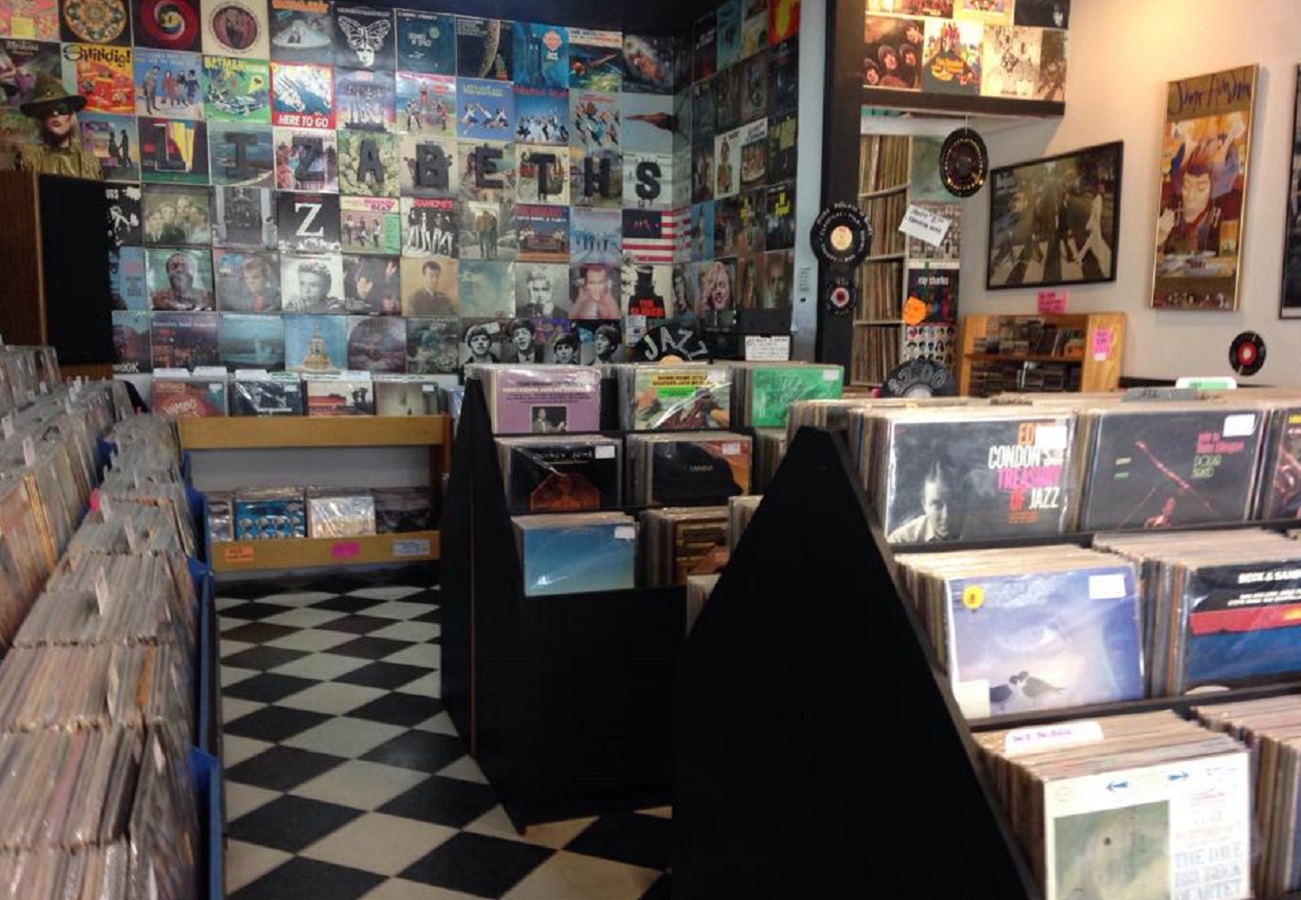 The family-owned Elizabeth’s Records resides in Clintonville neighboring a vintage store, tattoo shop, and Studio 35 Cinema, charming collectors with its humble store space, great prices, and excellent service since 2009. This location specializes in used & classic vinyl in genres including jazz, rock, soul, and more, all of which are carefully picked for quality and stocked frequently. The shop also hosts several events year round, including dollar sales and their Turntable Clinics, where shoppers can bring their players in for check-up & repairs. More info »

Next time you feel the itch to expand your precious music collection, skip Amazon in favor of one of these local, independent shops. You won’t be disappointed in the treasures you might discover!