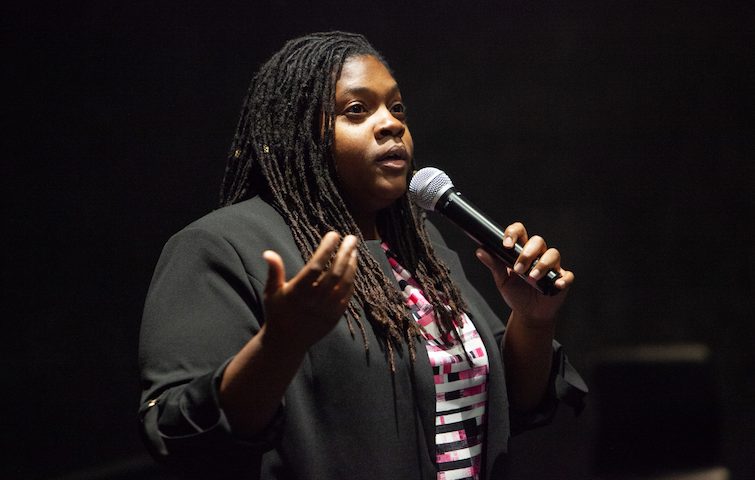 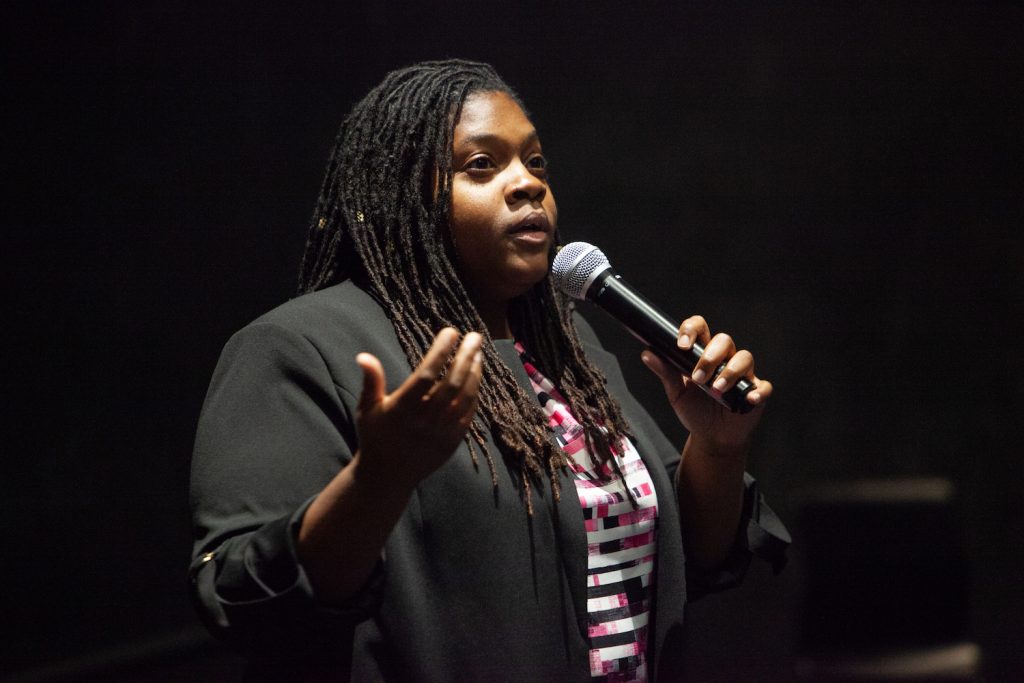 Cristyn Steward is the founder and CEO of the Columbus Black International Film Festival. Her debut film, Chocolate and Lace, a short-story-turned-short-film tackling society’s ideas about love and sex, premiered at the Gateway Film Center in 2010 as a double bill alongside her second film, Success It Sucks/Too Much Stress, an autobiographical experimental short about life after college. In 2016, Don’t Cover Your Tracks was officially selected to several film festivals around the country. Cristyn just finished working as assistant director on web series “We Fight We Love” with Artis Creative and Meeks Media. In the fall she will direct her first short film since 2015. We sat down with to chat as she gears up for the third-annual film festival from Aug. 22-25, themed “Infinity, Our Blackness is Timeless.”

Keya: Tell us about yourself. How long have you been a filmmaker?
Cristyn: I have been making films for about 10 or so years. I made my first film in 2010. I have worked on a couple feature films with Awalkonwater Ent, Holy Hustle and A Family Affair. Earlier this year, I wrapped on a web series. It premiere Aug. 21, so I am super excited about that, too.

Keya: What is the best part of your work?
Cristyn: Over the past three years my filmmaking goals have changed to include more exhibition and more curating. I love research and learning about all the Black independent cinema that is out in the world. I am also in love with the idea of celebrating Black filmmakers.

Keya: Why did you develop the Columbus Black International Film Festival (CBIFF)?
Cristyn: There was a need in the Columbus film community, due to the lack of Black narratives present in the film festivals in Columbus. But we are here to change all of that.

Keya: How can the community get involved with CBIFF?
Cristyn: Volunteer, volunteer, volunteer! Submit your films and scripts. Support your local Black filmmakers and creatives. Come to the film festival and see what all the hype is about. 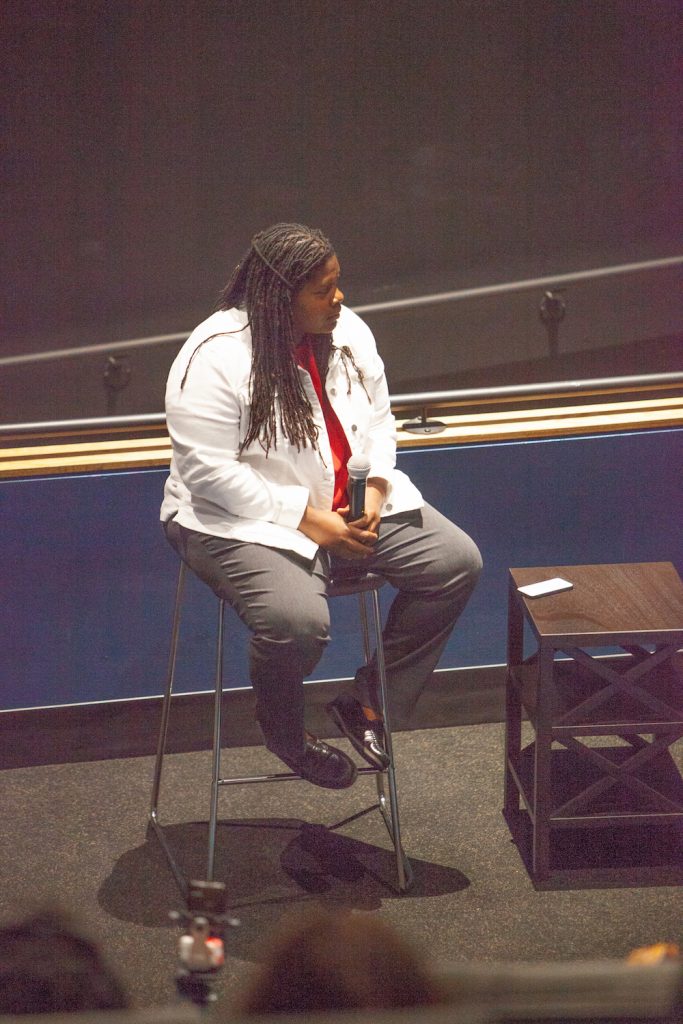 Keya: Can you speak about some of the films you’ll be showing?
Cristyn: We are screening the restoration of Hyenas at the Wexner Center for the Arts our opening night. We have several films from all over the globe, sci-fi from West Africa, LGBTQ experimental film from Brazil. We are finally screening Rafiki, which I am personally excited about. We don’t get the opportunity to screen or share with audiences Black love in this capacity. Queer, black and unapologetic.

Keya: What do you hope to achieve with CBIFF?
Cristyn: Community. And pushing Black film to the front of the line. Celebrating Black narratives.

Keya: What is the long-term vision for the festival? Do you partner with other companies and events in the city?
Cristyn: Long term, there are many things. Being the go-to organization for Black filmmakers in this city is one. We partner with several organizations and companies in Columbus. Like you of course, Black Chick Media, but also Wexner Center for the Arts, Greater Columbus Arts Council, Ohio Arts Council, Equitas Health, Equality Ohio, Trans Ohio, Artis Creative, Meeks Media, Nicolette Cinemagraphics, CandiRain Productions, Maroon Arts Group. I hope I am not leaving one out. CBIFF loves the community.

Keya: How does one survive as a creative in a city like Columbus? Are spaces and sources needed specifically for Black creatives to thrive?
Cristyn: Survival is definitely of the fittest in this city; we are still finding our identity and spaces that will soon truly cultivate creatives. We have spaces that exist but it’s not as diverse as it can be. We need more exposure to an array of mediums and different perspectives. I believe there are spaces that are necessary for a Black creative to thrive, as well as community and support. We need to break out of our comfort zones and collaborate. Easier said than done, I guess.

Keya: If you could meet anyone in the world dead or alive, who would it be, and what would you say?
Cristyn: Hmm… this changes pretty often. Toni Morrison, she embodied so many qualities as a Black woman and as a writer that I see in myself but also aspire to, her work ethic and talent is definitely unparalleled.  I would ask her to share her “lost” writings.

Keya: Define yourself in one word.
Cristyn: Passionate!

The Columbus Black International Film Festival returns Aug. 22-25, with screenings, workshops and other events at the Wexner Center for the Arts and the Hyatt Regency Columbus. Get tickets at columbusbiff.com.