David J. Glover on Theater Directing and His Process 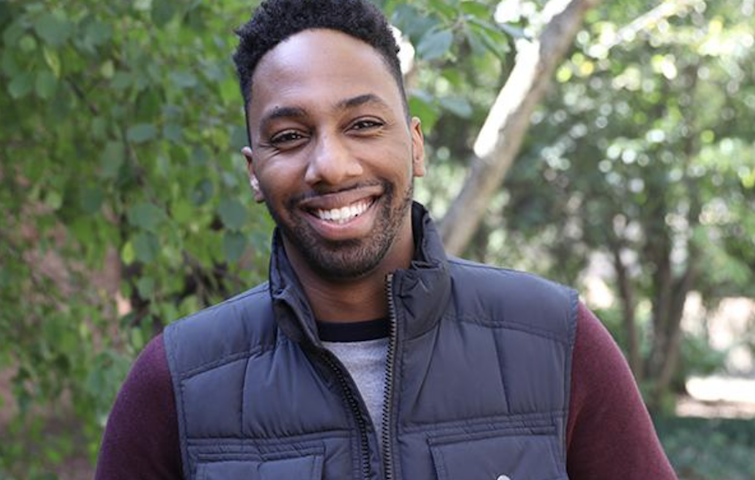 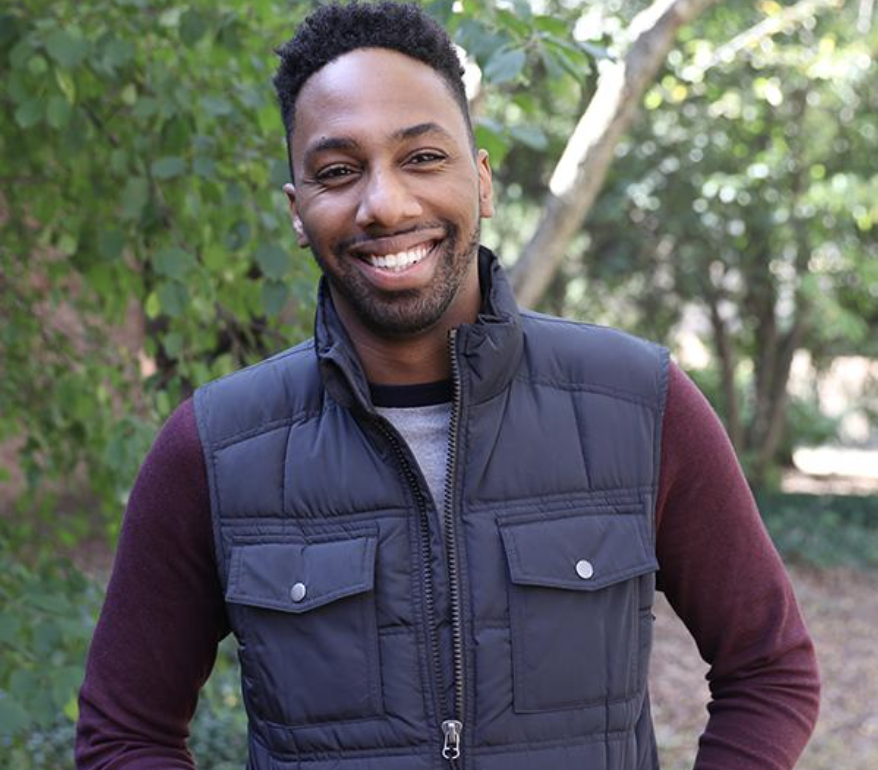 By Scott Vezdos, director of marketing and development for Actors’ Theatre of Columbus

Actors’ Theatre of Columbus continues its 2022 summer season, with Charles Dickens’ A Tale of Two Cities. We sat down with director David J. Glover. David is an actor, director and teaching artist from the Columbus area, including his role as the dean of students and director of theater arts at the Wellington School.

Scott: Describe your art and your creative process.
David: Oh, that’s hard. In general, I guess I often start with trying to get good people to be around in the process, experienced technicians and super talented actors. After that, it’s all about reading, followed by a great deal of general exploration, throwing a lot of spaghetti at the wall and seeing what sticks. Rehearsal is all about making choices and finding the ones that move you most or help tell that story in the most influential/compelling way. Also, part of the process is making many mistakes and being okay with it. I hate to sound snotty, but I think it’s hard to put a process on being creative or making theater. I think it has to be a little messy; that’s what makes it fun.

Scott: How do you recharge and/or refine your artistic process?
David: I find the best way to recharge or refine my process is to work with a diverse group of artists and work in different areas of theater. I like acting and directing and being on a run crew or working as a customer; you get to see all sides of putting a show together. You pick up new skills with experience, either being in production or taking a class or watching theater and discussing it. Artists have to be theater students (constantly learning/experiencing/digesting) to do compelling work continually. 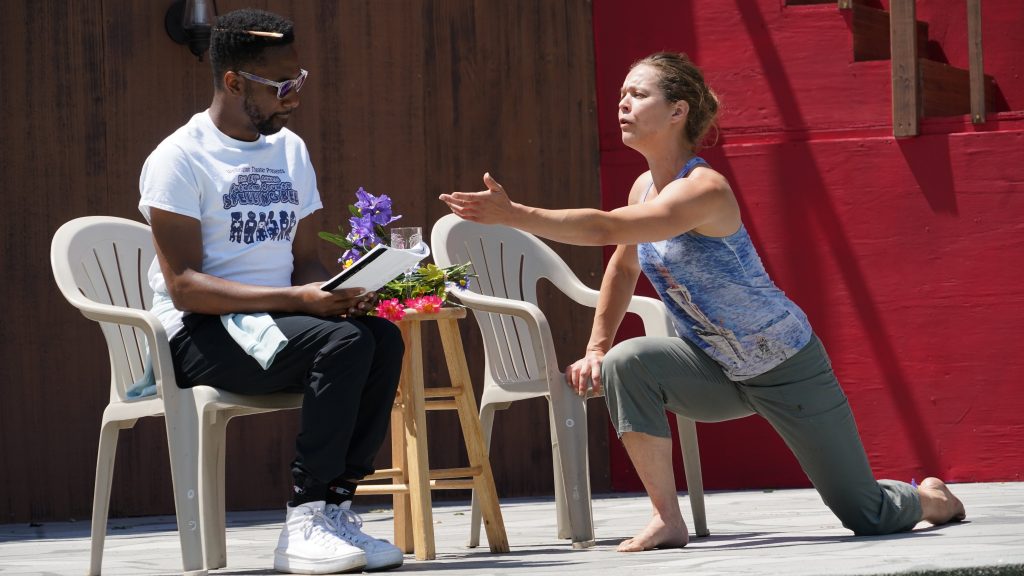 Scott: How long have you been acting/directing, and what is the most important thing you’ve learned about yourself along the way?
David: I have been acting since the sixth grade, when my music teacher cast me in a small role in our school’s production of The Little Match Girl at Eastmoor Middle School. I’ve been directing now for 11 years, and the most important thing that I’ve learned about myself is that I need kind, thoughtful people willing to be vulnerable in the rehearsal room to be most successful.

Scott: What’s the difference between acting and directing, and do you have a preference?
David: The significant difference for me is as an actor; you are often most concerned with connecting with your character and making sure you’re giving a grounded and believable performance. As a director, it’s now your job to make sure you’re telling the full story with your actors and the technical elements. Make sure to pull out the best bits and pieces and make sure they fit together.

Scott: What production or role are you most proud of?
David: Hands-down I am most proud of the 2018 Available Light Theater production of An Octoroon by Brandon Jacob Jenkins. I had a considerable task playing three very diverse roles that challenged me in different ways. But at the end of the day, it’s one of the most challenging/best experiences I’ve ever had on stage.

Scott: What’s the best advice you’ve been given?
David: Oh, there are so many gems, but I think what comes to mind at the moment is to find something that you enjoy doing even when it’s hard. If joy is never present, ditch it. 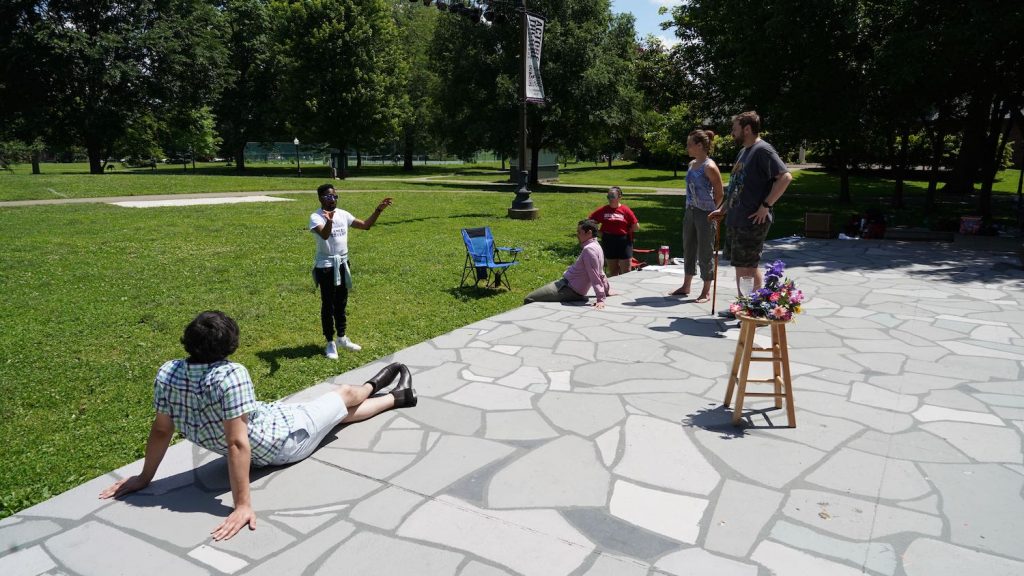 Scott: What’s the best advice you feel you can give?
David: Woof. Ummmm… You can always keep learning and improving.

Scott: Describe one of your favorite moments working with Actors’ Theatre.
David: Can I cheat and give you two?

The first was watching the cast of The African Company Presents Richard III (2021) finish its opening night performance to thunderous applause. They earned every second of it.

And second, I’m currently living it in the rehearsal room with the cast and crew of A Tale of Two Cities. They are a lot of fun, breathing new life into a classic, and putting in a lot of work, and the rehearsal room is a joy to be in and the highlights of my week. It takes me back to the first time I read the book in high school.

This article is brought to you by Art Makes Columbus/Columbus Makes Art, an initiative of the Greater Columbus Arts Council to raise the visibility of Columbus-based artists. Learn more at ColumbusMakesArt.com.