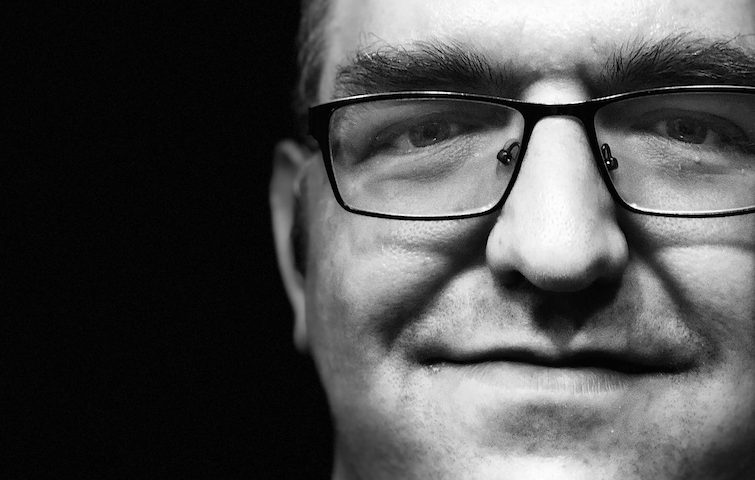 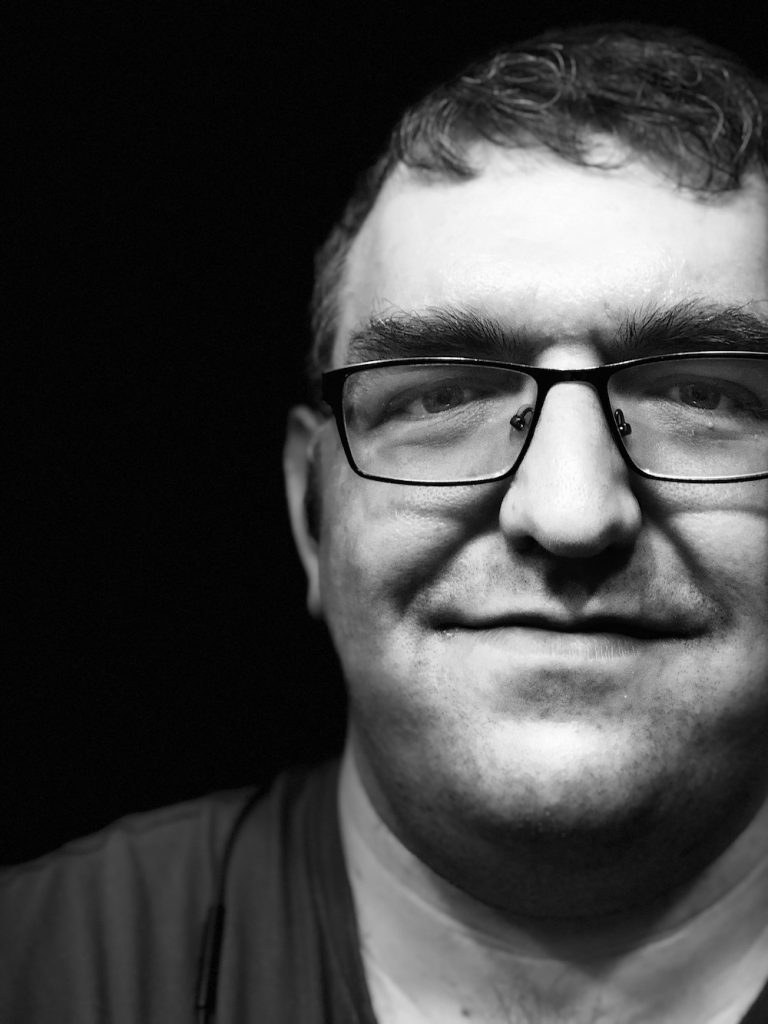 Artists all over the world have been vastly affected by the COVID-19 pandemic and many are reaching for alternative methods to continue producing their craft. At the heart of most performance is sound, and a good sound designer/engineer is an absolute must whether live or virtual. Otterbein University Theatre & Dance is lucky to have the talent of Doc Davis, officially Light and Sound Supervisor and resident Sound Designer, at the helm. Doc exudes passion for his art as you’ll see in this Q&A. You can hear his work in Otterbein’s upcoming dance concert The Wild Within, streaming Nov. 19-22.

Elizabeth: When people ask, how do you describe your occupation?
Doc: As a sound designer for theater, I augment the audience’s feelings of a production by offering sound that complements and reinforces the emotions that the performers onstage are imbuing within the audience. And as a sound engineer my job is to ensure that the performance happening onstage is not hindered by any acoustic roadblocks (such as the audience not being able to hear the performers).

Elizabeth: Is there any part of your work that makes you “geek out” the most?
Doc: Probably the most I ever “geeked out” as a sound designer was being able to use something personal in a project. For the show Big Fish there is a scene with an ultrasound machine, and my wife was pregnant with our twins around the time of the production. I was able to take a recording with my phone of one of my girl’s heartbeats at an ultrasound session and use that in the ultrasound scene in the show. I will continue to tell Emma (my firstborn) that she made her on-stage debut prior to even being born! 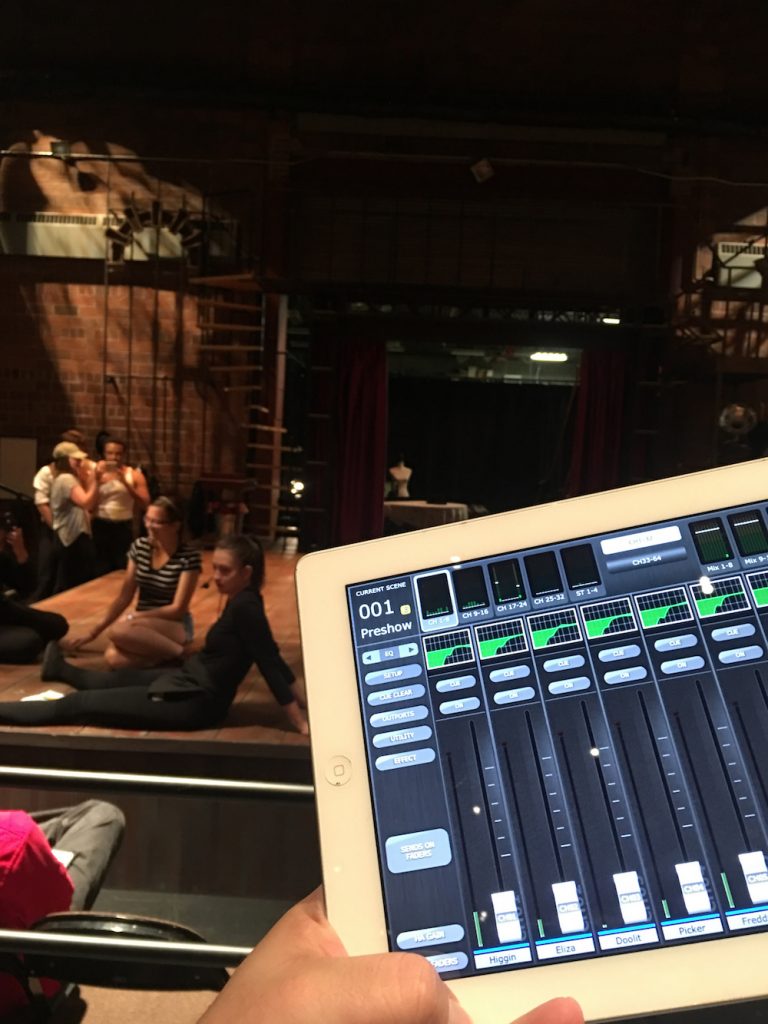 Elizabeth: If you could attend any concert you wanted (bands dead or alive, and babysitter provided) what would it be?
Doc: I’m a total sucker for grunge and post-rock (as it’s what I grew up with) so I’d say one of Nirvana’s early concerts (prior to recording Nevermind). Other contenders include any concert at CBGB between 1975-1979, Jeff Buckley at Sin-é coffeehouse, and, of course, Woodstock 69. As far as currently-alive bands, I really liked Muse’s Simulation Theory concert film.

Elizabeth: Since you aren’t in the actual theater much these days, what does your workspace look like?
Doc: Since my daughters were born two years ago, my “studio” space has moved to the basement. I have my computer setup on a small desk consisting of a Mac Mini, two screens (one 27” and one 42”), an audio interface (Scarlett 8i6) with a generic microphone for video conferencing. I typically use my DSLR (Canon T5) as my “webcam” using some open-source software. While working, I usually keep my laptop, a MacBook Pro, attached to the network to offload some computing power. I’ve also got a couple of RAID hard drive enclosures totaling about 10TB for overflow storage and a CD drive (to help rip my CD collection – I have a collection of around 700 music CDs.) I have a couple of Event ASP-8 studio monitors that I use for mixing/mastering work in addition to my collection of five pairs of headphones (I primarily use my purple AT-M50x headphones for monitoring). I also have a turntable for my vinyl collection and some artwork from former and current students around, in addition to a few Star Wars bobbleheads, led (of course) by Baby Yoda.

You can hear Doc’s work in almost every Otterbein Theatre & Dance production, most notably in the upcoming dance concert, The Wild Within, which will be available for scheduled streaming Nov. 19-22. More information about this and other department productions can be found at www.otterbein.edu/drama or by calling the Box Office: 614-823-1109.