Elizabeth Brown is Helping to Develop Our Growing City 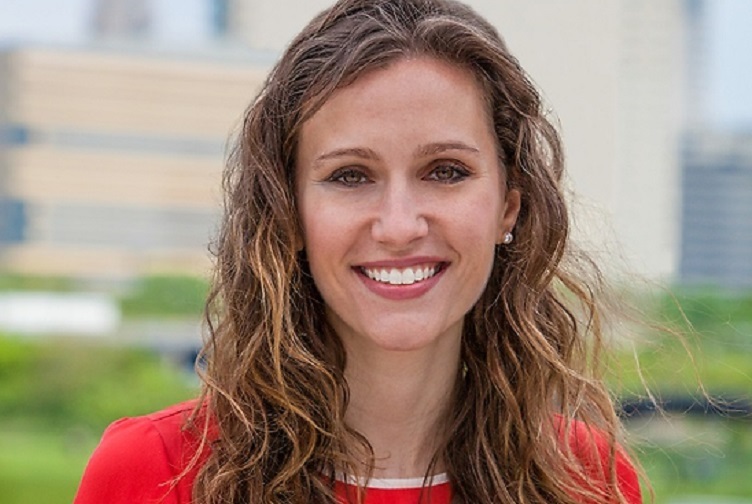 Elizabeth Brown has gone from the fast-paced campaign environment to the slower, long-term planning side as the Downtown Development Manager for the City of Columbus. Her experience has led her to work with major players on behalf of Downtown Columbus, but Brown has found that she is not alone in working to fulfill its potential. “We have an incredible group of stakeholders who care about downtown and work to create a better downtown. It’s been a real thrill,” she said. Learning to plan for the future has been the most exciting part for Brown because it is such a different time frame than the brevity of campaigning. “We talk in five, 10, 25, 50 year returns. It is such a long term prospect to think about how we grow our region. How do we make decisions now that are going to pay off long term for when my kids are around?” Brown’s work is for the benefit of the future of one of Columbus’ brightest neighborhoods.

What would you say about your neighborhood? What makes it stand out for you?
Moving back to my home state five-plus years ago, I knew I needed to live in this unique neighborhood I like to call the best square mile in Ohio – even in the Midwest. My favorite time of year in the Short North is just when the season starts to change to spring because right outside my front door the neighborhood jumps to life. Businesses prop open their doors, families flock to Goodale Park, street art takes on a new character in the sunlight, and our sidewalks hum with visitors, residents, and revelers.

What other neighborhoods do you frequent and what would you say about them?
I’m a big Downtown advocate – and not just because it’s my job. The growth of the downtown district has been incredible over the last decade. That growth is more than just fun (and it IS fun: the Columbus Commons, the funky business district on South Fourth, the transformation south of Broad and along the river, Gay Street’s energy and vigor); it’s also critically important because the vitality of our downtown has outsize impact on the success and future of our region as a whole.

Top three places to go in Columbus:
Basi Italia‘s patio, Huntington Park, and the long stretch of independent retailers in the Short North.

If you could have been the inventor of something, what would it be?
Something that already exists? Nutella. Something that doesn’t exist? A commonsense redistricting system that represents Ohio’s diversity rather than drags us to the Right. I think at this point that would count as an invention!

What inspires you? Good writing, my family, and the legacy of progress and leadership in America.

Pastimes: Reading, playing sous chef to my fiancé’s fantastic cooking, and finding time for food and drinks with friends.

(Editor’s Note: Since the original publishing date of this article, Elizabeth has been elected for Columbus City Council)