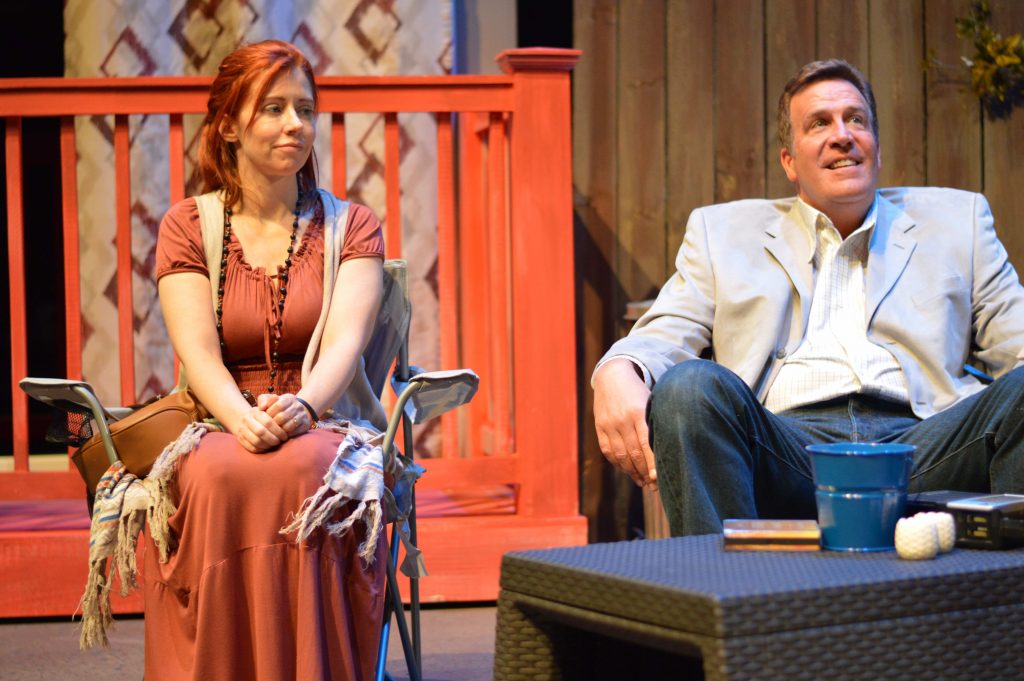 Ella Palardi is performing in her first role at CATCO as Jennifer Jones in Will Enos’ The Realistic Joneses, running through March 25. She took time recently to talk about her work as a radio host, love of improv and performing as an actor and how all three crafts enhance her work.

Sarah: In addition to acting, you are a radio host at Kool 101.7 FM. Which came first, broadcasting or acting?
Ella: The acting bug hit me first when I was two years old. My older sister was in a production of The Music Man. After the show she got to go to McDonald’s with the cast and I had to go home and go to bed. That’s when I decided to get into theater.

Sarah: What was your path to theater?
Ella: After putting on storybook dramatic recreations with neighborhood kids, I went on to take classes at Columbus Children’s Theatre, where I performed in some productions. In high school, I attended Fort Hayes School for Performing Arts before going to The American Academy of Dramatic Arts in New York City. I still take lots of classes in acting and improv. You’re never done learning!

Sarah: How has your work as an on-air radio personality affected your acting – and vice versa?
Ella: Both acting and radio require you to read your audience and connect with them. They are both a form of storytelling. Radio has taught me to get to the point faster. This has helped me tighten beats and moments on stage and not be too self-indulgent with pauses! 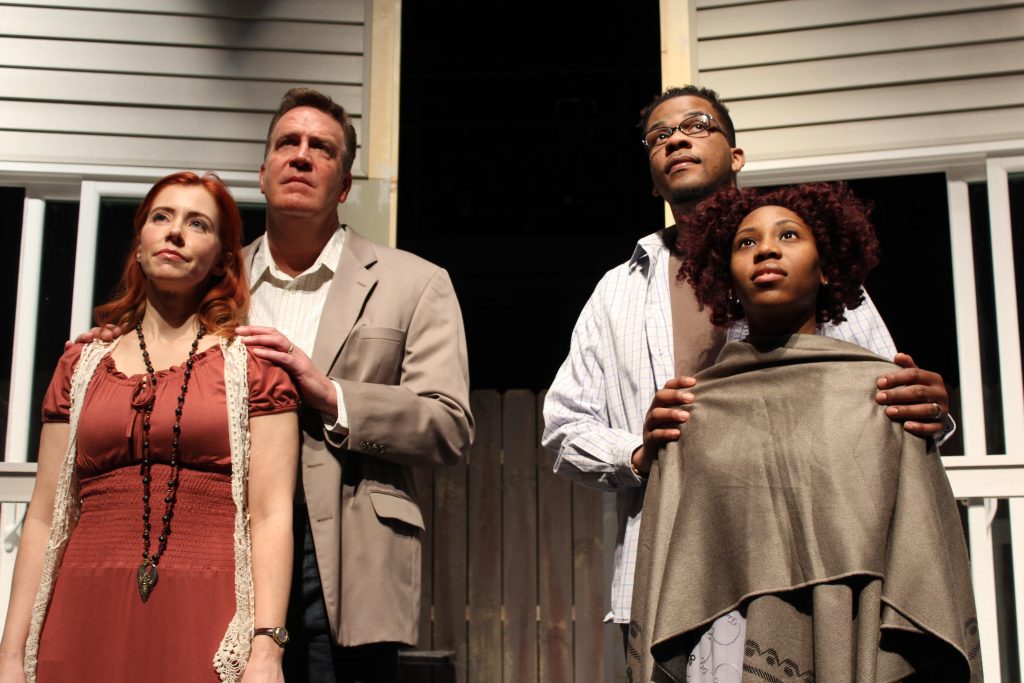 Sarah: You also do improv. Which do you prefer, acting or improv?
Ella: I really love the balance of both. I tend to be cast in more dramatic roles, which I love, but it’s so nice to just go be silly and laugh a lot with the improv.

Sarah: What are the similarities/differences?
Ella: They both require you to trust the people you are on stage with and have each other’s backs. You also have to let go of self-judgment and inhibition in both. When I’ve been really immersed in theater, improv is a fun chance to just be completely in the moment with nothing planned or memorized ahead of time, but then improv can be scary when you don’t have lines written out for you ahead of time.

Sarah: Why did you audition for The Realistic Joneses?
Ella: I fell in love with the script the first time I read it. I could identify in some way with every one of the characters, so I knew audiences would as well. I love telling stories that the audience can really connect with. 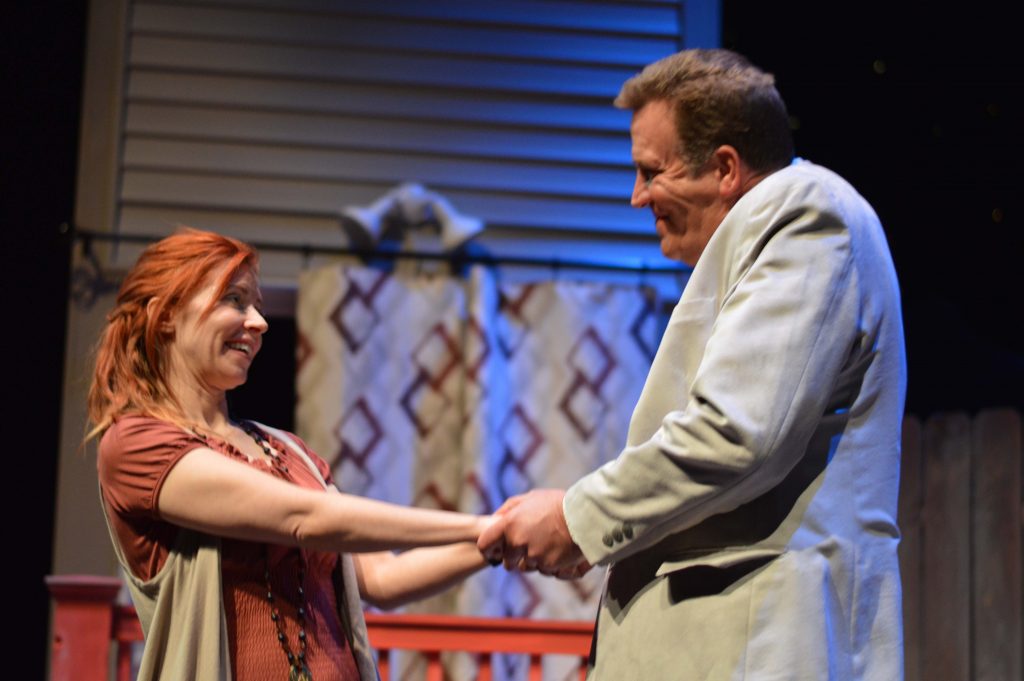 Sarah: What do you hope audiences will take away from the show?
Ella: I hope they will say, “Hey, I’ve been through something like that,” or “I’ve felt that way before,” and they will feel a little less alone in that when they leave the theater. I think those experiences connect us as humans.

Sarah: What’s the best thing about the Columbus arts scene?
Ella: It is thriving! You hear a lot of things like “Columbus is a sports town,” or “the arts are dying.” Well, I took some time away from the arts scene here and when I came back I was shocked to find it had multiplied tenfold. This city is full of talented, passionate artists who aren’t going to stop telling their stories. We are more diverse than ever, and we have more to say than ever before.

Sarah: Do you hope to do more theater in the future?
Ella: Oh, I certainly hope so! But in addition to acting I would also like to branch out and do more playwriting and directing. Even if there are far fewer post-show McDonald’s outings than I was expecting.

The Realistic Joneses will be performed in the Studio One Theatre, Riffe Center, 77 S. High St., through March 25. Tickets and details at http://catco.org/shows/2017-2018/the-realistic-joneses