Finding peace in the process: the art of Terry Norman 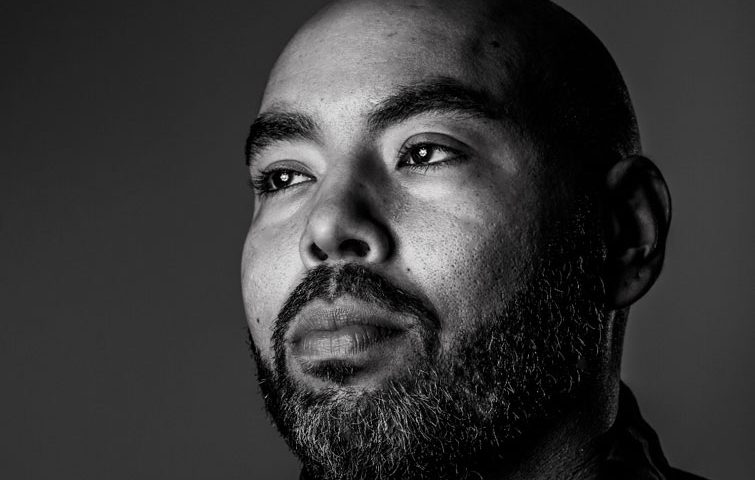 Terry Norman is a self-taught artist who works most notably with charcoal and pastels creating detailed portraits with a photographic-level of intensity. His solo exhibition opens April 15, 2022 at Streetlight Guild. 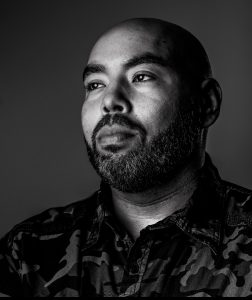 Scott: You’re a self-taught artist, but your technical skill is very high end, very photorealistic and clean. Are you able to do that because you practiced so much, found good instruction, or because of natural ability?

Terry: I would say that it is a combination of natural skill, practice and research. I have always been pretty good at drawing what I saw, but also turned to YouTube, the internet and drawing books to learn what I didn’t know. As I continued to do more, I learned different ways of getting types of textures down with the charcoal and how light would play a role in creating more of a 3D look. I taught myself how to process and put down on paper what my eyes saw and put that into simple shapes and shades to produce a realistic effect.

Scott: The subjects in your work have a wide range, from celebrities to fictional characters. How does a subject catch your eye, and is catching your eye enough to get you to sit down and draw them?

Terry: I would draw people that I grew up listening to or enjoyed watching on TV. Sometimes the look of a picture can really say so much about that person and really give you the essence of them. Those are the types of pictures that grab my attention. Pictures that give a feeling of who that person is. Also, with me doing them basically for practice and as a learning tool, I would see things in the pictures that I wanted to figure out how to draw, like hats or the texture in a piece of clothing or hair or maybe just how the eyes speak to me in a certain way. I like to challenge myself to see if I can draw it or not, and learned to be patient enough to sit and take my time no matter how long it took.

Scott: There is a lot of hip hop in your catalog. Do you have any influences on your work, artistic or otherwise?

Terry: I listen to a lot of music, with a range from hip hop, which I grew up on, to just about everything else. People would be surprised at what I’m listening to sometimes in my earphones while I draw. It can get pretty random. I grew up with hip hop from The Sugarhill Gang to what’s hot now, so I would say I get a lot of influence from that because it’s normally what’s playing the most when I draw. But it’s not possible for me to name one person.

Scott: You’ve sold work to a variety of buyers across the country. Do any of those sales stand out to you?

Terry: One of my collectors has five of my pieces; what he calls “Powerful Black Influencers” hanging in his home in Pennsylvania. It’s pretty special seeing all of those hanging together and knowing the powerful impact those people have had.

Scott: How does the Columbus art community feed what you do?

A collage of portraits by Terry Norman.

Terry: I do what I do strictly off the love I have with being creative in different ways. Along this journey I have met some really talented people in the city with a range of all kinds of artistic abilities. I see what they do and it motivates me to just be creative. I also like to help the ones that don’t get as much exposure, trying to help the city see what they also have to offer to the art community. I think Columbus is full of talent and full of so many people pushing their creativity level to the max. I just think more doors should be open so that their talent can be exposed.

Scott: Do you have any rituals for working? What does your process look like? Do you use a dedicated space?

Terry: I pretty much draw at home on my art table most of the time. Depending on how I feel about the picture I will either freehand the sketch or do a simple grid to get a perfect placement of things. I pop in some earphones, turn on the GoPro (I make timelapse videos), have a nice cold beverage to sip on, and I just go to work. It’s a stress relieving and relaxing thing for me, so I can get lost for hours at a time in it.

Scott: When you draw portraits, where do you start?

Terry: I start with the eyes. Eyes are so unique and really tell a lot about a person. Plus it’s one of the darkest areas on the face to me, so I can go dark with the charcoal and work out from there moving to shape the nose, then moving to the hairline, which is also a dark area. From there I’m kind of all over the picture, back and forth, building it up slowly until I’m happy with the skin and how the shape of the face is forming. It’s a really slow process for me overall because I never rush. A single face normally takes me 25-35 hours depending on the amount of detail and texture that I’m trying to get. I normally have to make myself stop because I could just keep working on them forever, seeing things I could fix or feel I could do better. But once I sign it, I know I’m done with it and will not work on it anymore.

Scott: Why do you do what you do? Is it a calling, a love, or just something you’ve discovered you can do? Is that an either/or question at all?

Terry: I make art because I love to be creative. I don’t restrict myself to one kind of art, I do all kinds of things to push my creative brain. I am somewhat of a perfectionist at doing things so I’m always pushing myself to do the best I can do. I like for people to know that if they ask me to do something that I’m going to try and put my all into it. With the charcoal drawings, painted shoes or just anything that I put my artistic touch to. I’m going do it because I love to do it and it’s a peaceful place for me.

The Art of Terry Norman is up at Streetlight Gallery April 15 through June 18. The opening reception is 7-9 p.m., April 15. Regular gallery hours are Noon-3 p.m. Saturday and Sunday. Learn more about Streetlight Guild at StreetlightGuild.org.