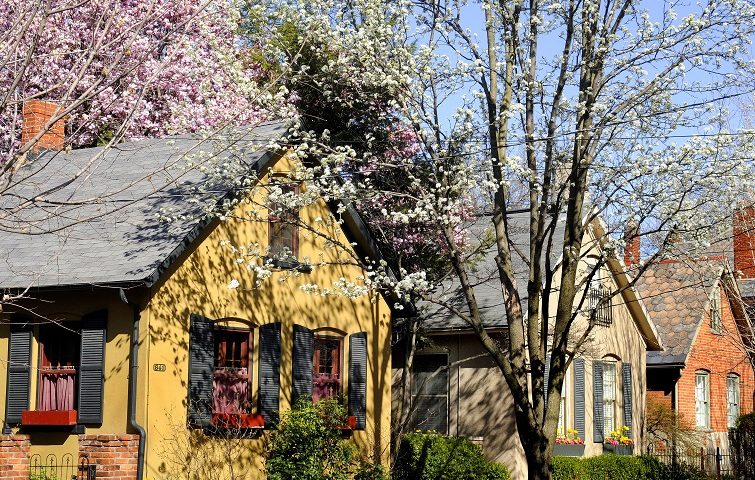 A highway bridge over I-70 is all that separates the German Village Historic District from downtown Columbus and all of the amenities residents can take advantage of is as simple as a quick free-ride on the CBUS (COTA’s free circulator bus)! People walk to their destinations, park on the street (or take CoGo or car2go), and live life at a very pedestrian level. As one of The New York Times’ top real estate markets for pedestrian-friendly, urban neighborhoods, the neighborhood is extremely dense, with mere inches often separating neighboring structures. German Village is notably different because its appearance has changed so little since its birth.

Who wouldn’t want to take their lunch break at some of the city’s top eateries, or spend a coffee break out wandering two city parks? German Village is privileged to be home to the city’s second oldest city park, Schiller Park, and the beautiful pocket-sized oasis called Frank Fetch Park.

It is a preeminent historic district, listed on the National Register of Historic Places since 1974. In 2006, German Village was made a Preserve America Community by the White House. And in 2011 it was designated one of the country’s 10 Great Neighborhoods, recognized by the American Planning Association.