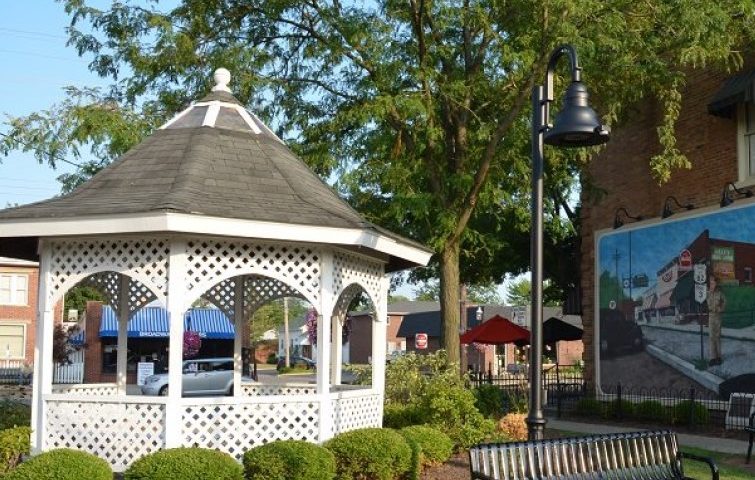 The Grove City area, located eight miles southwest of Columbus, boasts a diverse population of more than 41,000 residents. Just a 15-minute drive from downtown Columbus, it’s the ideal suburb for young professionals who crave local involvement along with big city amenities. With a quaint downtown area and consistent expansion, Grove City will be one of the top places to work and live in Central Ohio in the next decade.

Grove City is home to several large companies including Walmart Distribution, T. Marzetti, Tosoh America, and FedEx Ground. Serviced by five major roadways, Grove City is accessible from all areas of Ohio. The I-71/St. Rte. 665 interchange boasts a five-lane bridge to benefit commuters as well as local businesses. The Historic Town Center in downtown Grove City is home to many businesses that have been here for decades and new businesses are constantly opening on thriving Stringtown Road.

Have lunch on the patio at The Garden Cafe, a modern café that serves food as well as craft beer and wine. Keep walking and stop in for a beer at Plank’s on Broadway, one of Grove City’s oldest restaurants. Try a wine flight at Plum Run Winery. On a nice day, take a trip to The Gardens at Gantz or travel a few miles south to Eldorado Scioto Downs, Ohio’s first racino.

The Wine and Arts Festival draws more than 30,000 to Grove City Town Center in June. Neighborhood events to explore include Arts in the Alley and the Winter Lights Holiday Celebration. The Little Theatre Off Broadway is a small theatre located in the heart of downtown Grove City that puts on six fantastic shows a year as well as acting classes for kids.