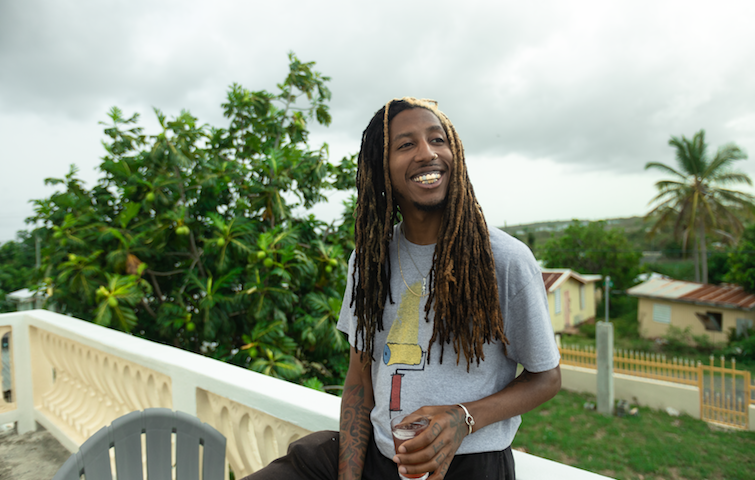 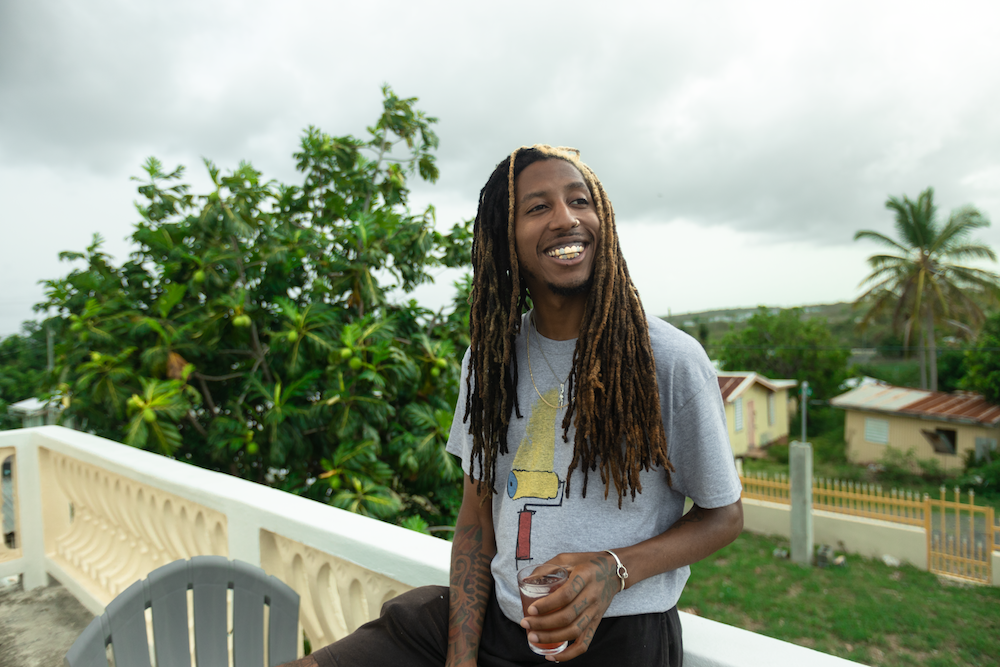 By Lauren Emond, manager of community engagement at Columbus Museum of Art

Hakim Callwood is a Columbus-raised artist who specializes in illustration, design, teaching and painting. Since becoming a full-time artist in 2017, Hakim has dedicated much of his time and effort to the Columbus community who has continuously supported him. Through gallery shows, live paintings, collaborations with local businesses and sports teams, and various murals around the city, Hakim has been not only a presence but an innovator in the Columbus art scene.

He is known for his many commissioned paintings, his full-length comic book and his newest project, Tour de Mural. I caught up with Hakim after his live paint feature at Columbus Museum of Art’s BAM Thursdays.

Lauren: In 2020, you did a virtual mural tour of all your art in the community. In 2021, you created a new web series called Tour de Mural and took the tour to new communities, adding new voices and creating new art. Recent episodes have featured Cleveland, Fort Wayne and your hometown of St. Croix. How have these different experiences shaped you as an artist?
Hakim: Me and Ted Cadillac, the videographer and co-creator of the tours, came up with the concept for the tours after meeting on Twitter and working on some projects. We successfully made the first tour of murals and it had great response. But I wanted to make something more about other people and places instead of just me, so it evolved into the Tour de Mural. Meeting these people and traveling has open my eyes and heart in a way I didn’t expect. It’s made me stronger as an artist by the workload alone, but it’s also been humbling seeing other artists’ amazing work throughout every stop on the tour. I know the project will keep evolving and in the future I’d like to use this as an opportunity to highlight more artists.

Lauren: You doing some live painting at BAM Thursdays at CMA this Thursday, July 1. What do you love most about live painting?
Hakim: The best part of live painting is interacting with the audience. Sometimes people can be intimidated by the stereotype of “art needs to be in a show with white walls and wearing suits and dresses.” However, that’s not how I feel at all, and I can show someone better than I can tell them by making a piece in front their eyes. 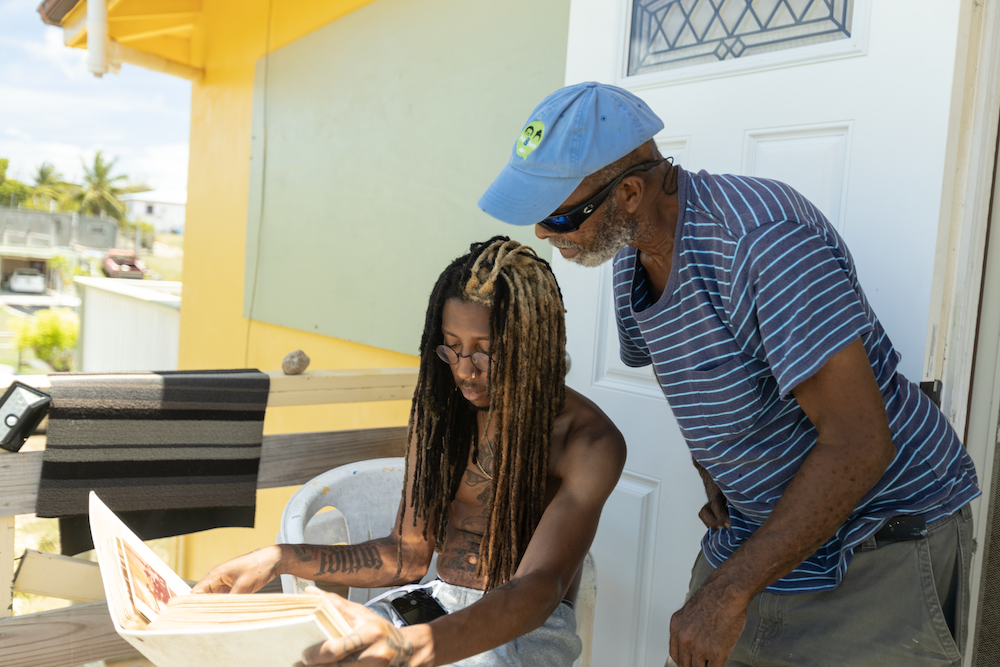 Lauren: Who has influenced you most as an artist?
Hakim: My biggest influence as an artist is my mentor Bryan Moss. Working with him I learned so much, from art history to art being more than just drawing, like how you carry yourself. More than anything he taught me to keep having fun and trying new things.

Lauren: Tell us about your upcoming creative projects.
Hakim: The two biggest projects I have going on right now are making my character I created, Spaceboy, into a cartoon series and the Tour de Mural. Both are different than my usual work and very challenging. Besides that, now that the world is opening back up I need to get back in my community and teach more. I’d love to teach adults who want to tap into their creative side they may have forgotten about.

Lauren: What is the best thing about the Columbus art scene right now?
Hakim: The best thing about the art scene in Columbus is that a lot of us are like family. Even if we don’t actively work together we’ve seen each other grow, and in my experience there’s been a lot of support. For a long time I was the young artist on the scene but now that I’m getting a little older I’m excited to see what the next generation does and how I can help them.

Lauren: Where can people find your work?
Hakim: You can find my work on social media @HakimsArtNStuff and more about the tour at tourdemural.com or on YouTube. Also, you can find Ted Cadillac on Instagram @TedCadillac.

Experience artists creating live every week at Columbus Museum of Art’s BAM Thursdays and keep up with Hakim’s tour at tourdemural.com.