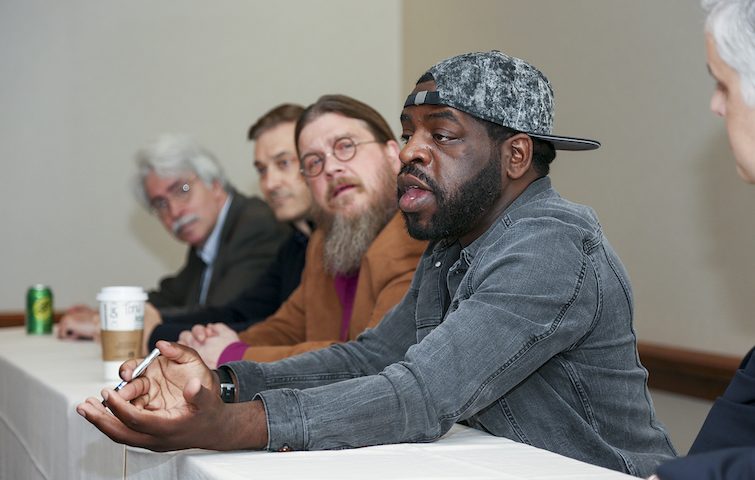 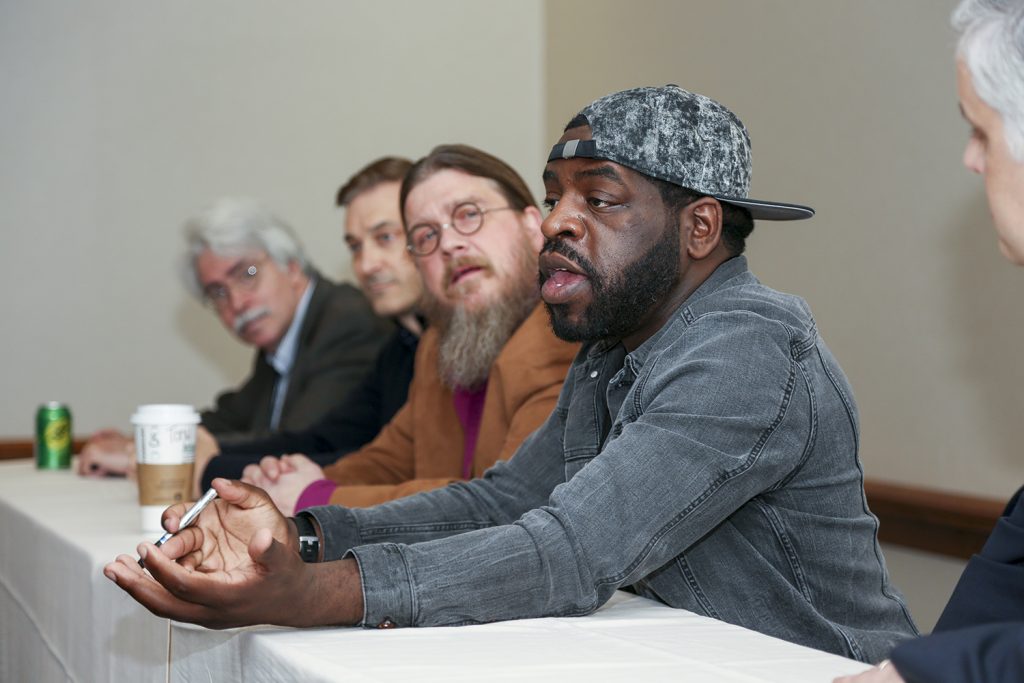 One of the most celebrated and influential writers of today is Columbus poet, essayist and cultural critic Hanif Abdurraqib. In just a few years, his prose and poetry have landed him on numerous best-of lists and earned accolades, including the 2020 Ohioana Book Award for his second collection of poetry, A Fortune for Your Disaster. Abdurraqib’s devoted base of more than 90,000 on Twitter (@NifMuhammad) avidly follow his daily comments and observations on ice cream, Grandpa’s Cheese Barn, soccer, his passion for social justice, and most of all, his love of his home town. We’ve asked several of his Columbus and Ohio colleagues to share their perspective on what makes Abdurraqib’s voice so unique, and why he is as loved by his fellow writers as much as he is by the public.

Kari Gunter-Seymour, appointed in May 2020 by Governor DeWine as Ohio’s third Poet Laureate:
I met Hanif Abdurraqib a few years back at a fund-raising event for the Perkins Observatory in Delaware, where we were both scheduled to read. I was an unknown poet. I was nervous. I was told Hanif was flying in from the west coast and was set to arrive minutes before show time. Next thing I know, I am ushered from the green room into the sanctuary and seated beside Hanif Abdurraqib, the Hanif Abdurraqib! Maybe he noticed my hands shaking, or could hear my rapid intakes of breath, but in any case, he turned to me, visibly exhausted from his flight and struck up a conversation, one which I soon realized was meant to put me at ease. And he smiled, not with his mouth, but with his eyes. We have spoken on a few other occasions since then, including a visit he made to my home base, Athens, to read for my ongoing poetry series Spoken & Heard. Hanif is a thoughtful man of words and opinions, a man of hope at a time when hope is hard to come by. I have watched in awe his steady climb to stardom and let me tell you, he is one of the most humble rock stars you will ever meet. Columbus–and all of Ohio–is so lucky to have Hanif Abdurraqib. 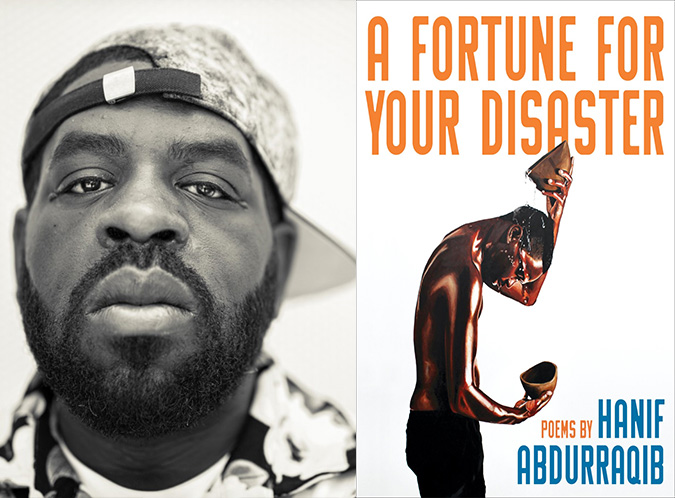 Scott Woods is a former President of Poetry Slam, Inc., and is the founder of the Writers Block Poetry series and the Streetlight Guild, a performing arts nonprofit. His writing has appeared in a variety of publications and been heard on National Public Radio:
The work of Hanif Abdurraqib is larger than the space he occupies as a person, artist and citizen. That peculiar geometry exists because of all the things that can be said about his work, the overwhelming value at play is compassion. He consistently and broadly goes out of his way to provide access and opportunities for both artists and activists. He shares his powerful stories and insights over many books and articles, which, at his level of craft would be more than enough; but goes further, choosing to share the light his many accomplishments confer upon him with others. His stewardship propels and holds up dozens of other voices, acting as the ignition key for the numerous careers, and providing the fuel for many movements and platforms. He does not believe in mere representation; he believes in agency. He does all of this while staying humble, keeping a keen eye on where he comes from and drawing strength from that past in a way that allows all of us to focus on the future.

Rachel Wiley is a performer, poet, feminist and fat positive activist from Columbus. She won the 2019 Ohioana Readers’ Choice Book Award for her collection, Nothing is Okay, published by Button Poetry, for whom Abdurraqib is Poetry Editor:

I have never met anyone who loves Columbus, Ohio as much as Hanif. The way Hanif loves this city is the same way he writes about anything politely and adeptly showing us what we might overlook or take for granted.

Marcus Jackson, winner of 2019’s Ohioana Poetry Book Award for his collection, Pardon My Heart, who teaches creative writing in the MFA program at The Ohio State University:

Hanif, across literary genres, brings to the page a remarkable aptitude for exploring grief, joy and sectors of all emotions in between. Whether entering these sectors through cultural analysis, spontaneous observation or linguistic adventure, Hanif’s work carries an energy composed equally of intellectualism, earnestness and justice. 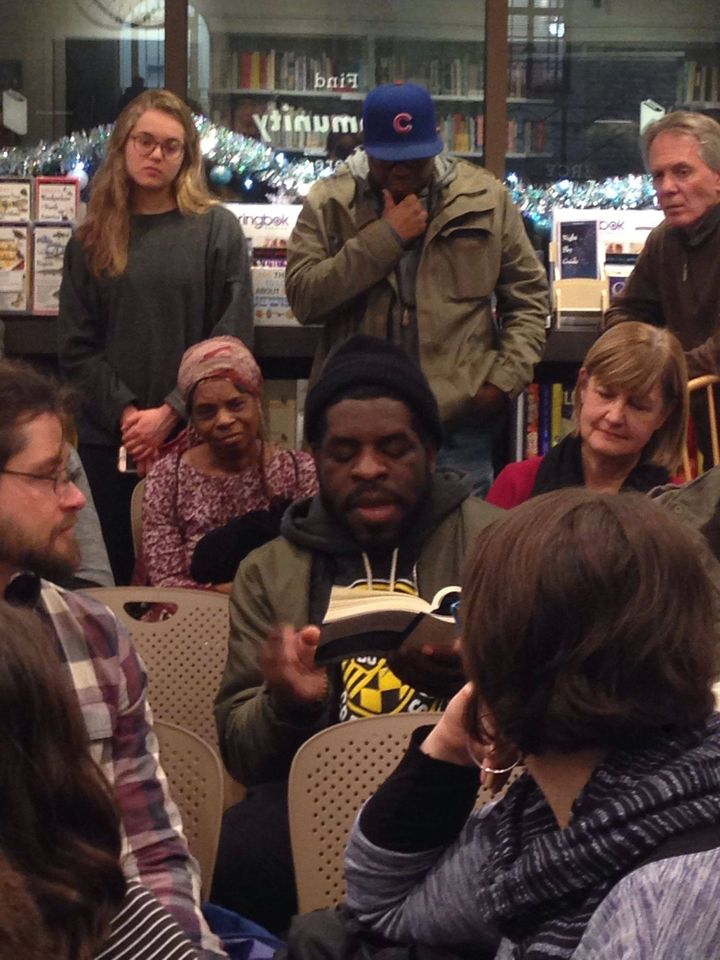 Linda Kass, author of the historical novels A Ritchie Boy and Tasa’s Song, and founder and owner of Gramercy Books Bexley:
Hanif Abdurraqib is one of the most talented and original voices in the country. His distinctive lens brings poignancy, wonder and magnetism to everything he writes.

Hanif was Gramercy Books’ very first featured Poetry Night artist in February of 2017. He read from his first book of poems that night, The Crown Ain’t Worth Much, and the standing room only audience was captivated. How could you not be? His cool sneakers, the way he wore his cap half backwards, his energy contagious.

Hanif returned twice more to Gramercy, later that year in November to launch his debut collection of essays, They Can’t Kill Us Until They Kill Us, and again in March of 2019 to join poet Ross Gay in an event we called “An Evening of Delight,” not just because Gay’s first book of prose was called The Book of Delights, but also because of the joyful experience all of us always had in Hanif’s charismatic presence. His third book was out then, Go Ahead in The Rain: Notes to a Tribe Called Quest—inventive and personal.

As a writer and a bookseller, I am so thrilled that Ohioana Library is recognizing and celebrating Hanif Abdurraqib for his second poetry collection, A Fortune for Your Disaster. Hanif is a writer of breadth and depth who inspires, celebrates and enthuses us all. Yes, there is quite a large literary community cheering him on.