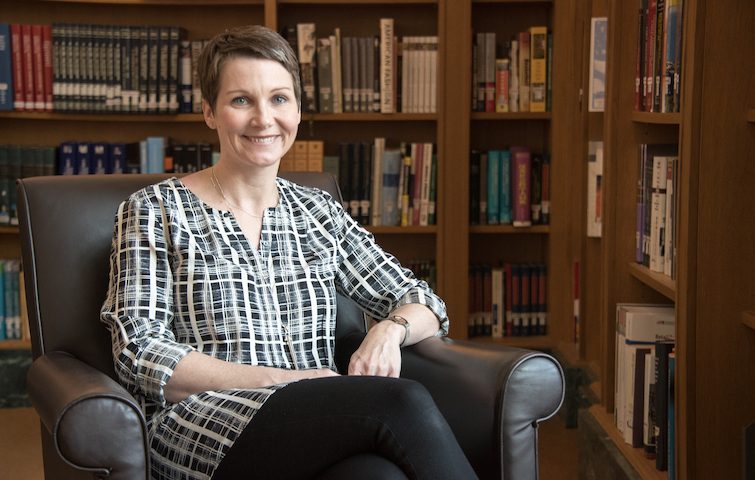 Author Maggie Smith in the library at The Ohio State University. Shot 02/17/16 in Columbus, Ohio by Meghan Ralston 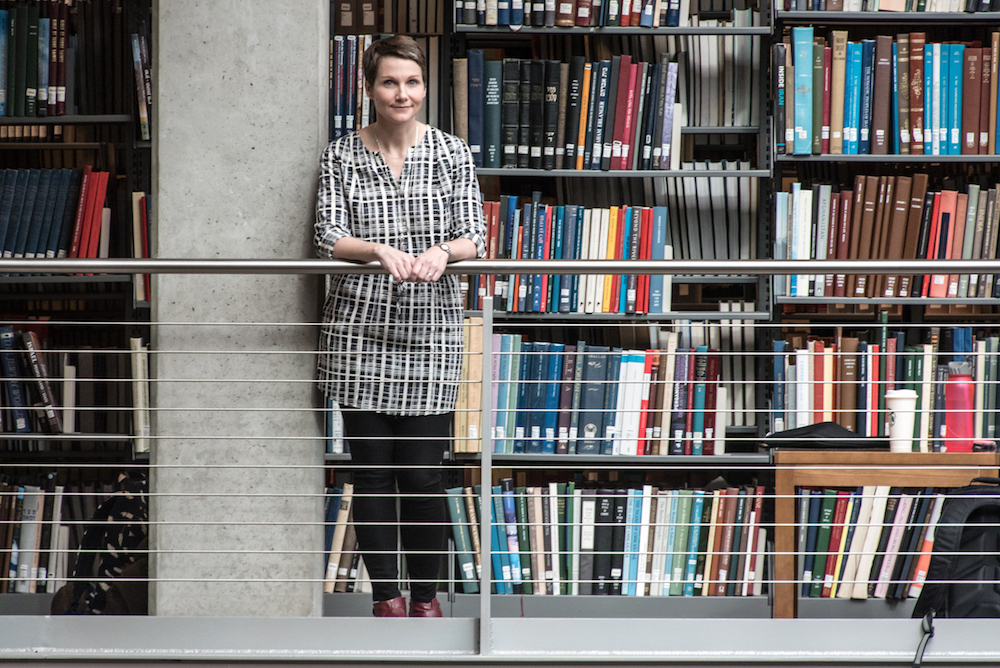 Maggie Smith is Columbus-based poet who is the author of three books of poetry: Good Bones, The Well Speaks of Its Own Poison and Lamp of the Body. In 2016 her poem “Good Bones” went viral internationally and has been translated into nearly a dozen languages. Public Radio International called it “the official poem of 2016.” Her new book, Keep Moving: Notes on Loss, Creativity, and Change, is forthcoming in May 2020 from One Signal/Simon & Schuster. The book grew out of a year of posting daily notes to herself on social media. We checked in with her about

Nick: I understand that you’ve had a difficult year — how did you channel that into your writing?
Maggie: I consider myself a poet first and foremost. When my marriage began to unravel, I wrote poems, but I also began working on a few essays, the first of which appeared in the New York Times. I began writing and tweeting daily notes-to-self (@maggiesmithpoet) as a way to pep-talk myself, stay grounded and press forward through that time.

Nick: As you sent these notes to yourself out via social media, what happened? How did people respond?
Maggie: I posted the first note-to-self in October of 2018, and the next day I posted another one, and soon it became part of my morning ritual. At first it didn’t occur to me that these daily posts would be useful to anyone else. But again and again, I heard from people experiencing a wide variety of changes—divorce, the death of a loved one, a job loss or change in career, a bad break-up, a move, chronic illness, a struggle to get (or stay) sober. And so I kept writing them, for me and for anyone else who might find them useful. 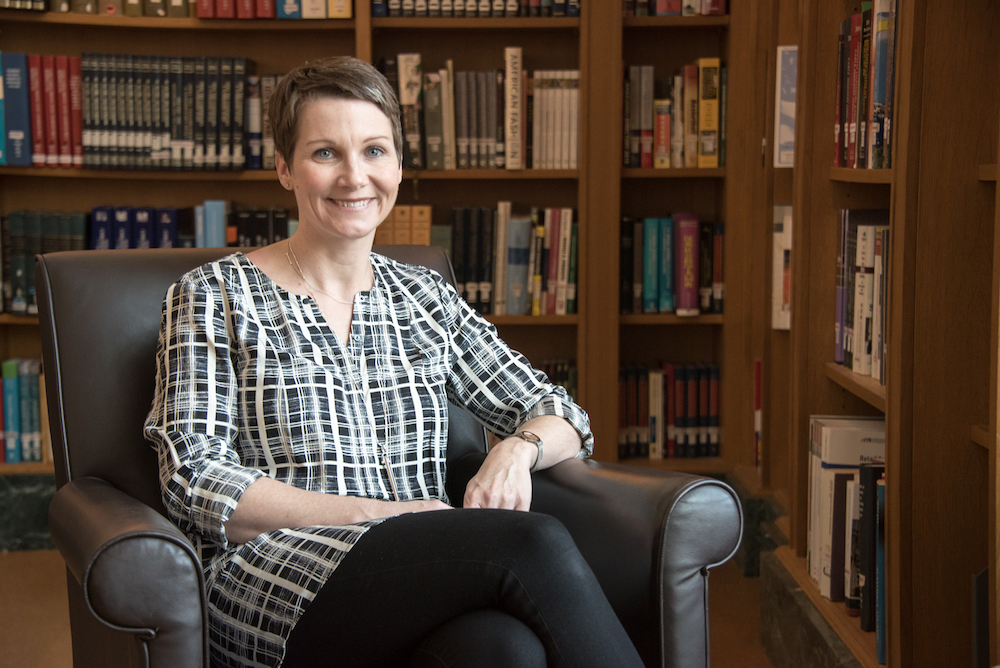 Nick: What was the most surprising response that you received?
Maggie: I’ve lived in Columbus, Ohio, all my life. I work from home as a freelance writer and editor. My life is small—“contained” might be the word—in this regard, but it feels big and wide in others because of where my poems, and now these posts, get to travel. It floors me when strangers I admire—the actors and musicians and writers whose work has made my life better—reach out to me about my work. Yes, I was slack-jawed the first time Lin-Manuel Miranda shared one of my posts. But honestly, the most surprising response has been my own. I started writing these for me, and I’ve found the act of writing them each day—the commitment to it—transformative.

Nick: At what point did your “notes to self” turn into a book idea?
Maggie: I certainly didn’t plan on ever having these posts in print, but in comments and DMs, people kept saying they should be collected in book form. Some said they wrote down my quotes each day or kept screen-shots of them all. So after a discussion with a friend of mine who writes nonfiction—and a phone call with her literary agent, who’s now my agent—I was determined to at least try. It was a whirlwind month between that phone call and the book Keep Moving finding a home. 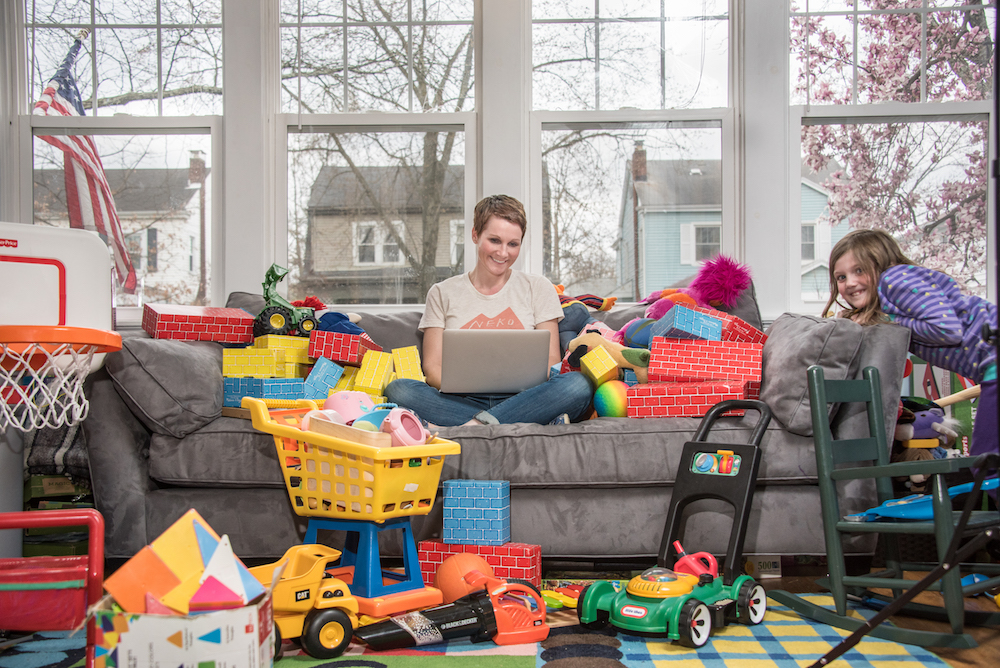 Nick: What are you looking forward to in 2020?
Maggie: So many things! I expect the year to be challenging and full of adventure. This past year I’ve felt like I’ve had one foot in a previous life and one foot in the next one, teetering between the past and the future, and so I’m looking forward to being present and all-in. Keep Moving: Notes on Loss, Creativity, and Change will be released on May 5, 2020. I’ll be traveling in support of that book and also to read from Good Bones, my most recent book of poems. And while some of the unexpected things that have happened in the past have been difficult, I’m looking forward to more of the unexpected in 2020. Some of the best parts of life are the ones you don’t see coming.

Nick: What is on your current playlist?
Maggie: I listen to music almost constantly—in my house, my car or in my headphones. I have been listening to a lot of different things lately: Yoke Lore, Metric, Michael Kiwanuka, Jenny Lewis, Deep Sea Diver, Bon Iver, The National, Beirut, Sharon Van Etten.

Follow Maggie’s daily notes to self at @maggiesmithpoet on Twitter, and look for Keep Moving: Notes on Loss, Creativity, and Change in May of 2020. Learn more about her work at www.maggiesmithpoet.com and at https://www.columbusmakesart.com/stories/maggie-smith.