Janet Chen Lives to Inspire Others with Art 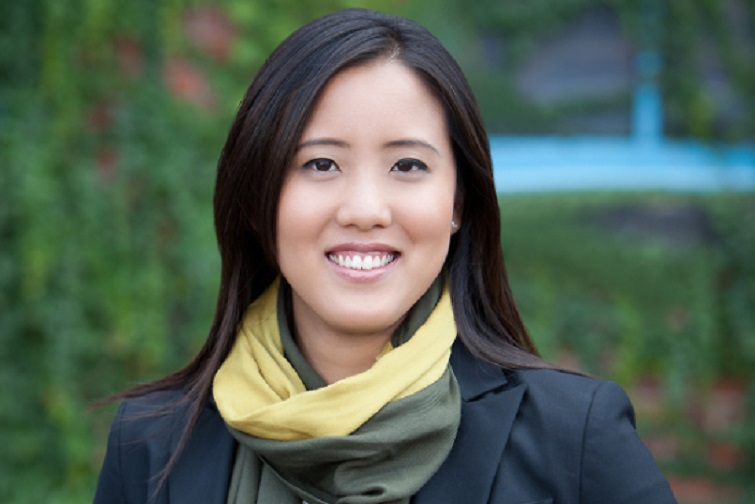 From her childhood to a career, Janet Chen’s life’s passion and life’s work has always been intertwined. As the Executive Director of ProMusica Chamber Orchestra, Janet lives to inspire others with art.

“It’s in my blood; it’s my personality. A lot of creative people or entrepreneurs have the natural drive to make the community a better place and bring a product for people to enjoy. My background has always been to deliver something, and that’s the main motivator. It’s innate at this point in time, but I think a part of it is also seeing people around you that enjoy something they’ve been a part of and it makes you want to continue,” Janet said. “Seeing them enjoy a concert and seeing kids gain that experience that maybe they wouldn’t have – that emotional feedback motivates me to find different ways to be creative, reach out to others, do what I love and have loved since day one.”

Born in Cincinnati, but raised in Taipei, Taiwan from the age of 7 to the beginning of college, Janet played piano and flute, which led her back to Ohio to pursue music at Oberlin College. She transitioned into orchestral music at the University of Cincinnati. After receiving her Master’s and performing in orchestras – several with solo opportunities – Janet moved back to Taiwan. There she was a member of the Taipei Symphony Orchestra, where she was the Assistant Flutist for three years. She loved every minute of it.

An interest in how orchestras were organized encouraged Janet to move back to the United States. She spent a year teaching, doing auditions, and gaining experience in arts administration. ProMusica brought Janet to Columbus when the organization had an opening to lead the Education and Production department. She was accepted, and three years later became the Executive Director.

Although it is rare for her to get the chance to play now, Janet loves to be behind the scenes and watching a performance that she helped create.

Living off Riverside Drive, Janet resides in the “best of three worlds;” it’s the City of Columbus with an Upper Arlington zip code and Hilliard City Schools. Getting to her downtown office within 15 minutes and to the Griggs Reservoir in 10 minutes allows Janet and her fiancé the opportunity to go with the flow.

Along with the Columbus Arts Festival and Columbus Clippers baseball games, seeing different artists at Short North Gallery Hop, and being around different types of people at Comfest are some of Janet’s favorite local events. Naturally, Janet adores ProMusica performances – especially the free summer concerts at the Franklin Park Conservatory in front of Palm House.

When hosting out of town guests, Janet always takes them to Northstar Cafe, drives through German Village and the Short North, and likes to visit Hocking Hills too.

“I am passionate about giving arts and cultural groups a personality by bringing awareness to artists and the creative people who live here, and what they do for Columbus. I believe that Columbus is a sexy city with a creative balance.”