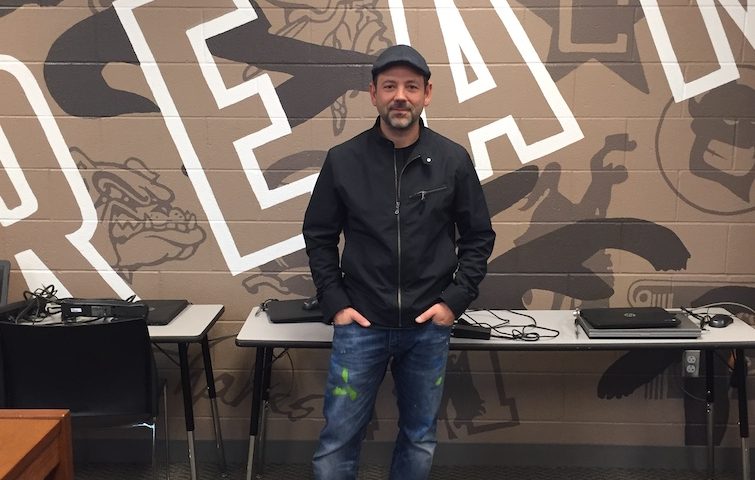 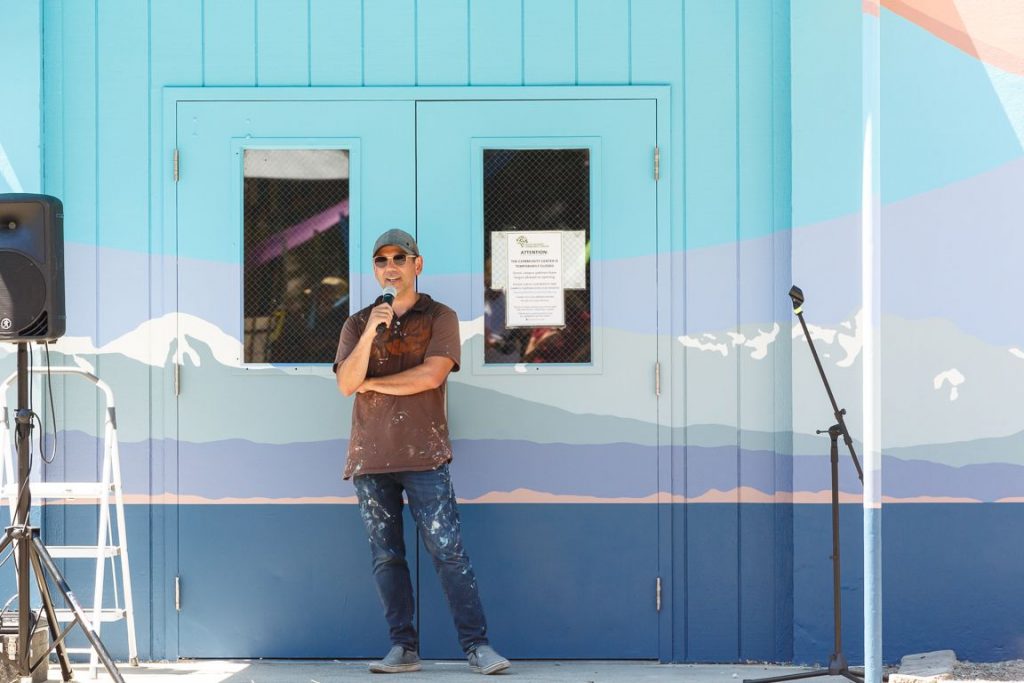 By Danny Peterson, executive director of the Hilltop Arts Collective

Jeremy Jarvis has been a professional muralist and painter for more than 20 years, mostly in Columbus after graduating from CCAD. He’s the lead artist for the Hilltop’s ARtsway cohort, a mural-tech mentorship program for high school students, which takes place in four Columbus neighborhoods through July and August.

Danny: How do you describe your art?
Jeremy: With my art, I try to use bright colors and use lots of contrast, which really catches your eye; that’s the visual aspect of it. I also want my art to tell some type of narrative or story. I like to use a lot of fonts and wording in my art to give the viewer a starting point. When they look at the mural, or look at the piece, it might give them a reference point to understand what the rest of the mural is about. And of course, I would like each piece of work that I do to speak for itself. I’ll always have my interpretation of what the mural means to me, but I like it to speak different things to different people as well. 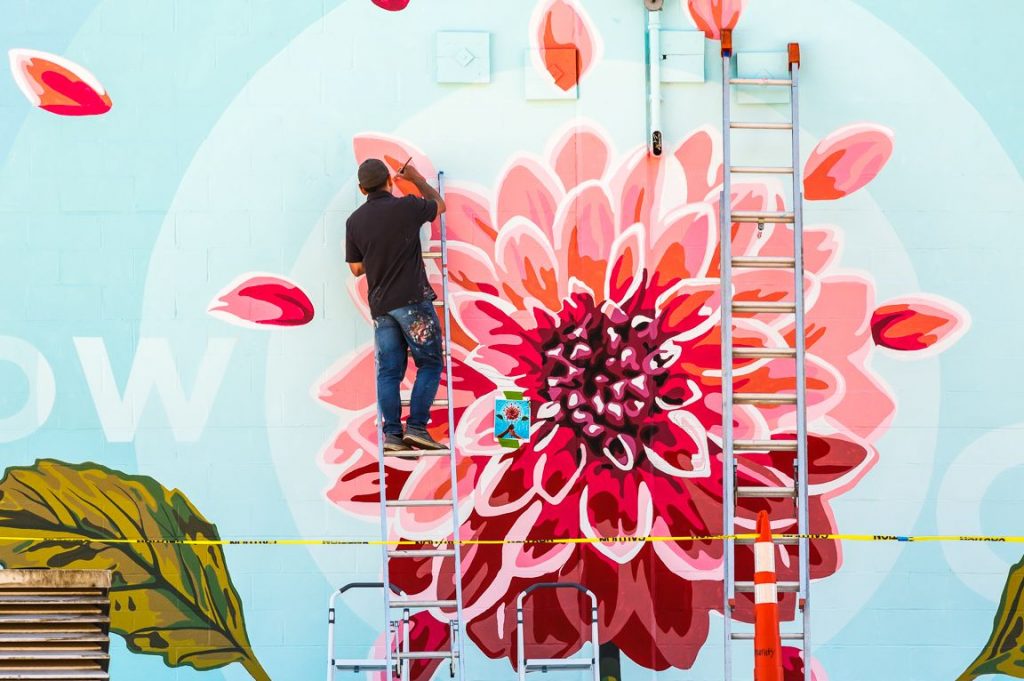 Danny: What inspires you to create?
Jeremy: I think art has the ability to speak to people and to communicate ideas with communities and neighborhoods, and different groups of people. I think just that ability to have some kind of voice like that visually — maybe someone walks by the piece and sees themselves in the work — that’s something I’m after. I love for someone to see themselves included in a piece of work, or represented in a piece of work. 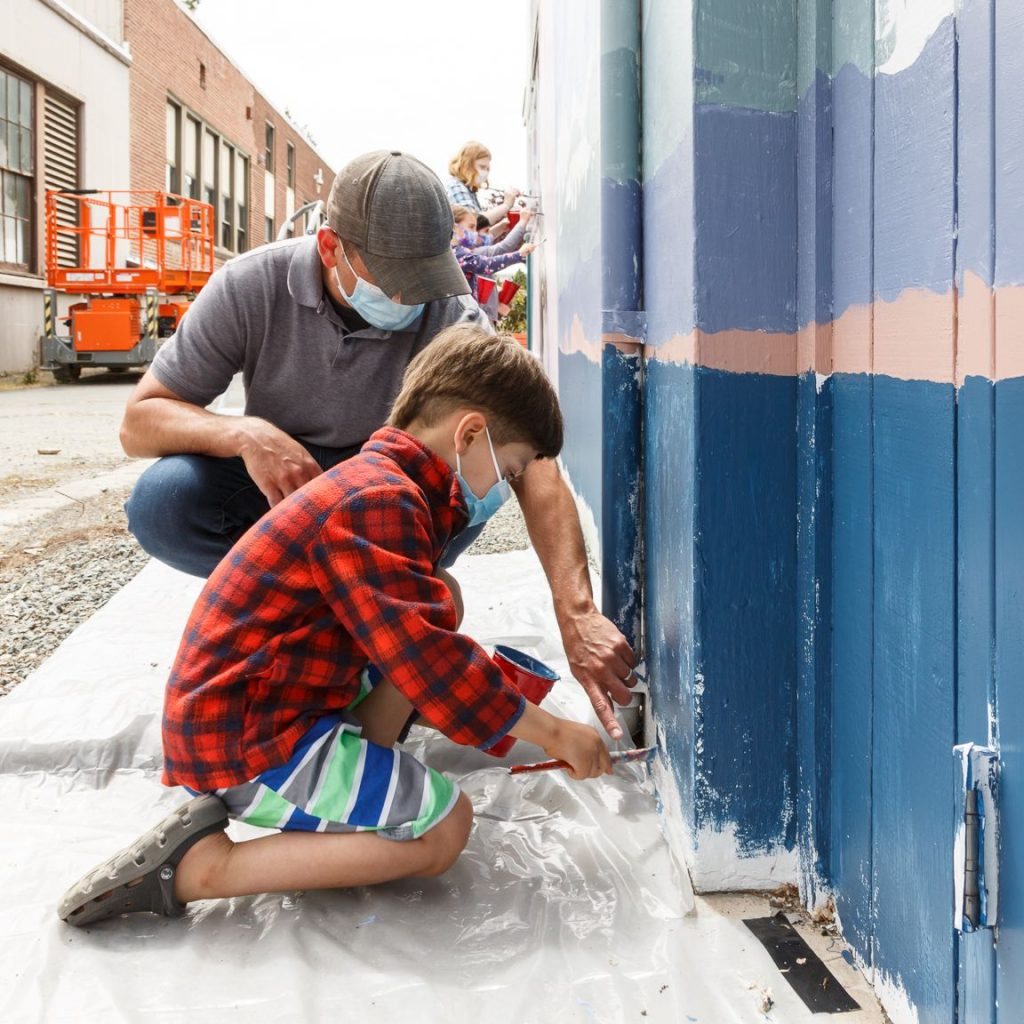 Danny: Tell me about The Harmony Project, and what it’s been like to work with them on murals?
Jeremy: The Harmony Project has been really important in my life. I’ve been working with them for more than a decade now. One of the great aspects of working with them is that I’ll get to work with the community a lot, including people of all different backgrounds from around Columbus who come out to be a part of the murals. It’s a really nice time to get to know people, and break down barriers. There have definitely been assumptions turned over because of the conversations and realizations people have through spending all that time together painting murals. It’s almost like it opens people up to be able to talk; sometimes it feels like something magical is going on.

Danny: That dual purpose has to be intentional, right?
Jeremy: Yeah, I think so. In a way, they’re setting it up this way: “We’re doing this mural so we can come together, so we can be together, so we can create something beautiful” for this or that community, and maybe because they prime it that way, people come in looking for that experience, and maybe feeling more open to sharing their stories with others. I know I’ve changed as a person just being part of that organization for so long, and being able to create murals for them. 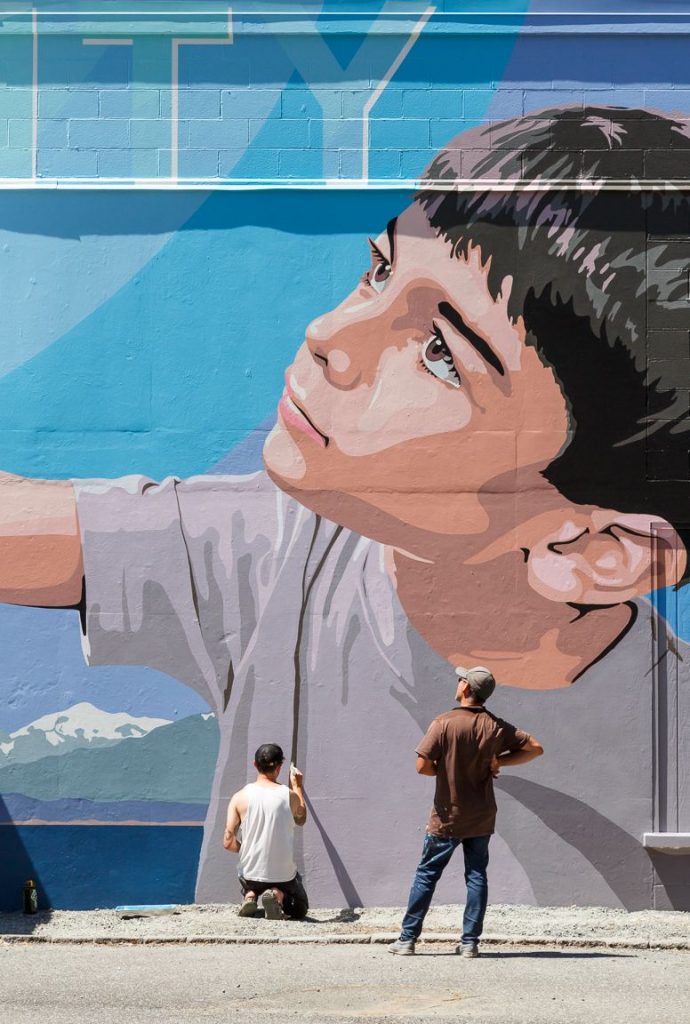 Danny: What’s the best thing about the Columbus arts scene right now?
Jeremy: I follow a lot of Columbus artists, and it’s awesome to see everyone working, and working on great projects in all different parts of the city. I love seeing that different neighborhoods, different cities throughout central Ohio are picking up steam on mural programs and art programs. Before, I really had to look around for murals; it felt like you could name them on your hand. It’s exciting to see murals pop up everywhere, so I think the best part about the arts in Columbus is seeing that it’s not just one area that is creating artwork, but it’s a lot of different neighborhoods for a lot of different reasons, and that the money for those projects is coming from all kinds of sources – that’s a great sign.

Hilltop Arts Collective is a nonprofit organization dedicated to bringing art to, and promoting the arts within the Hilltop. It is facilitating the Hilltop’s ARtsway cohort, which will include a mural at 3059 W. Broad St.