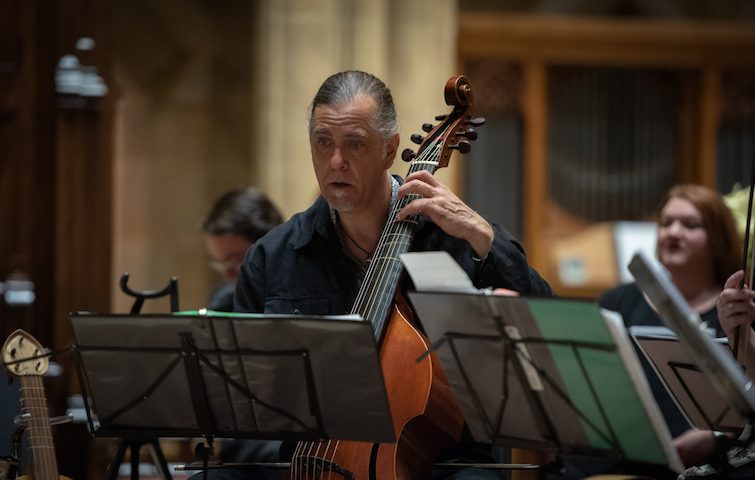 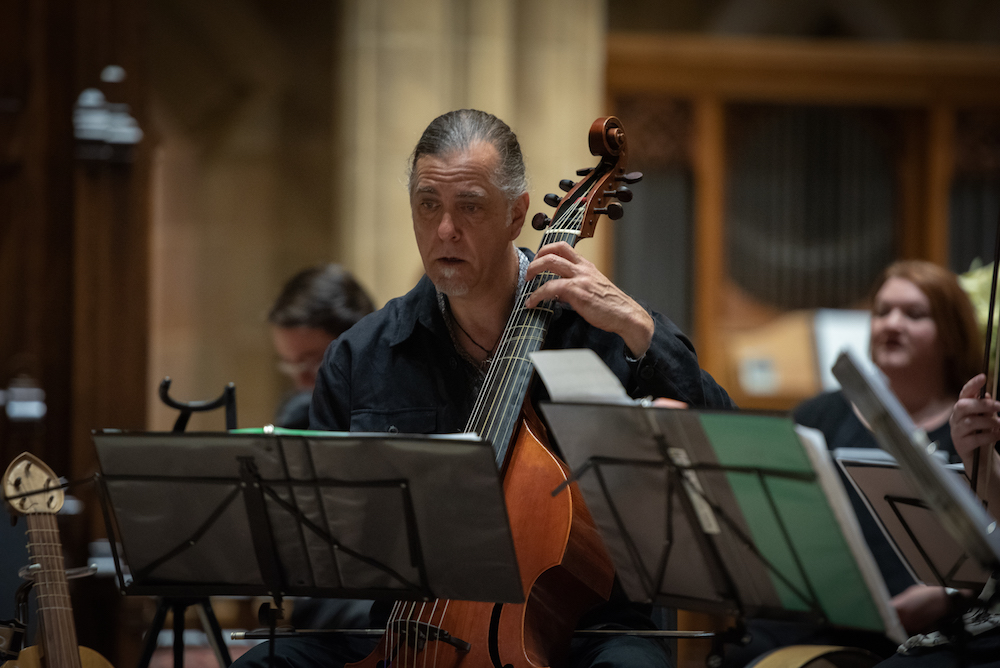 Sarah Hixon, program director of Early Music in Columbus, caught up with Jim Bates, the creative director of local historical music ensemble The Early Interval. The ensemble will be performing Twelfth Night: Journey to the New World on Jan. 7, 2022.

Sarah: How did you become the director of The Early Interval?
Jim: I moved to Columbus in 2001 and one of the first people to reach out to me was Ben Bechtel, a builder of historic instruments and viol player. We hit it off musically and personally and once he figured out I had experience other early music instruments, he introduced me to Ron Cook, founder of The Early Interval, and Ron invited me to a rehearsal. I began playing regularly with them in 2002. I continued enjoying performing with the group and when the last two founding members of the ensemble “retired,” it fell to me to lead the group if it was going to continue.

Sarah: What has it been like leading The Early Interval?
Jim: The ensemble had been continuously active for 40 years when I took over the leadership. At its core, the group had always had a contingent of recorder players, and this was not the case moving forward. I felt that by adding a violin to the group we could function like a baroque group with viola da gamba and theorbo continuo, recorder, violin and voice. I like to refer to my role in the group as “Creative Director.” The title of Music Director seems like a very top down way to run a group. I want everyone to feel like they have a hand in the process. 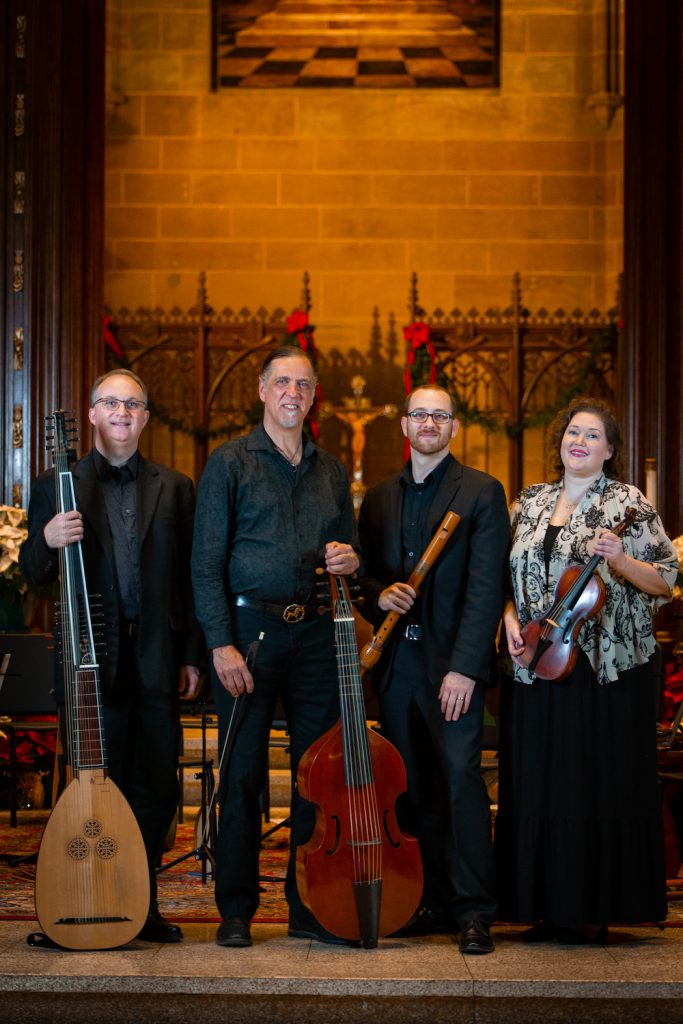 Sarah: What is your favorite memory or concert experience with The Early Interval?
Jim: In the last few years we have tried some unique collaborations. For one of our Twelfth Night concerts we teamed up with Wolf’s Ridge Brewing and Brother’s Drake Meadery. A special Twelfth Night braggot ale was brewed and we performed at those locations as part of our mission to attract new audiences to early music.

We have also performed a couple times at Club Diversity in German Village. Those concerts were costumed, and I must say our “Werewolves, Wigs and Whatnot” concert was a fun one to create and present. One of the singers we enjoy working with is Liz McConnaughey. And she was singing a revenge aria on that program, and I wanted her to sing it rather seductively while wielding a large kitchen knife. She was a bit fearful of accidentally cutting herself in the performance even after I dulled the knife as much as possible. So, she wanted to switch it out for a far less imposing letter opener. Moments before the concert began we happened onto a very large axe in our dressing room… don’t ask questions… and she totally embraced it. Swinging the axe over her shoulder she let loose a marvelous and intimidating performance.

Sarah: Tell me about your upcoming concert, “Journey to the New World.”
Jim: “Journey to the New World” is going to be so much fun, for us AND the audience. A good measure of the inspiration for this program comes from the need for performing arts groups to embrace more diverse music and composers. That becomes a bit tricky with the genre of early music, because you can’t really perform Carnatic music or music from Chinese traditions, because it ceases to be ‘early music.’

But there are so many stories to be told with early music, partly because much of the music was created during the Age of Discovery. So naturally the music moved around the globe, and it became an important touchstone with the cultures it came in contact with, and subsequently the European music often changed because of that intermingling. Some of the music we will be performing was created for the great cathedrals established in the New World, such as in Mexico and Bolivia.

Sarah: What’s something you wish others knew about your art form?
Jim: Early Music is a very approachable type of music and embraces a wide-range of styles. The music can be quite simple and folk-like in sound, but it can also be quite gloriously complex. For those that enjoy history, the connection of the music to aspects of history make for a deeper connection and enhances the concert experience. Some people just like seeing and hearing cool and unusual instruments not typically heard in the concert hall today. Audiences always enjoy coming to the stage at intermission or afterwards and finding out more about our instruments.

Sarah: What’s the best thing about the Columbus art scene right now?
Jim: You cannot ignore the effect that the pandemic has had. Every musician and every arts organization has had to completely retool in order to reach audiences and stay in the public’s mind. This has been absolutely enormous. All of our performances last season were filmed, and so we missed the thrill of the live performance. The Early Interval is looking forward to connecting with our beloved audience members again.

I think the best thing about Columbus’ arts scene right now is that more and more groups are bringing their performances to unusual venues and creating more collaborations of all types. This only results in the arts being more a part of the community fabric, rather than sitting apart on some erudite pedestal to be admired. I think right now more than ever, musicians are ready to roll up their sleeves and engage with their community.

See Jim and The Early Interval performing Twelfth Night: Journey to the New World on Jan. 7, 2022.