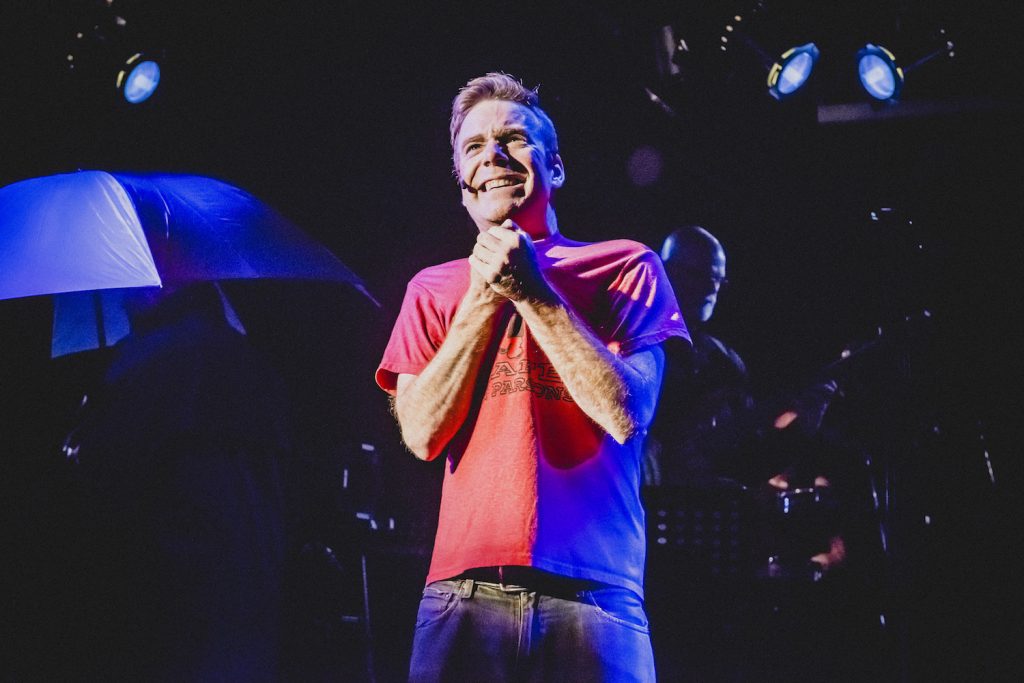 John Boyd was drawn to Columbus because of its inviting arts scene with plenty of opportunities. His latest theatrical endeavor is Shadowbox Live’s hit musical F#(k Cancer where he portrays Logan — an 18-year-old college student recently diagnosed with Lymphoma. The self-identified “meta-performer” lets us shine a spotlight on his life as a theatric performer, and what it means to not only tackle such a sensitive subject in his latest role, but portray it in a gritty, Shadowbox Live-kind of way.

Audrey: How did you find your way into musical theater?
John: I was four years old when I saw my mom perform on stage at church in The St. John’s Passion Play. That is when I fell in love with theater. I auditioned for the show the following year and I’ve been performing ever since.

Audrey: You’ve had experience working in commercials and other performance platforms. Why is theater so important to you?
John: I would always prefer doing live theater. People’s reactions give me a rush. F#(k Cancer, specifically, has given people a release. If I know I made someone’s day a little better because of my live performance, that’s everything to me.

Audrey: Aside from acting, what else do you like to do within the realm of arts?
John: I love to sing, and I enjoy drawing. I’ve actually designed some tattoos. I also enjoy writing and video editing and production — all of which I’m getting involved with on the Shadowbox Live team.

Audrey: What is the best thing about the Columbus arts scene right now?
John: Columbus has a great stand-up comedy scene. I love living in an area where people open up their space for others to come in and share their talents. It’s not like that anywhere else.

Audrey: How does F#(k Cancer compare to other shows you’ve been a part of?
John: There is absolutely nothing like it. There are happy moments, sad moments and you will cry. It’s uplifting, yet serious — one of the best shows I’ve ever been a part of. I wish I could share this show with everyone.