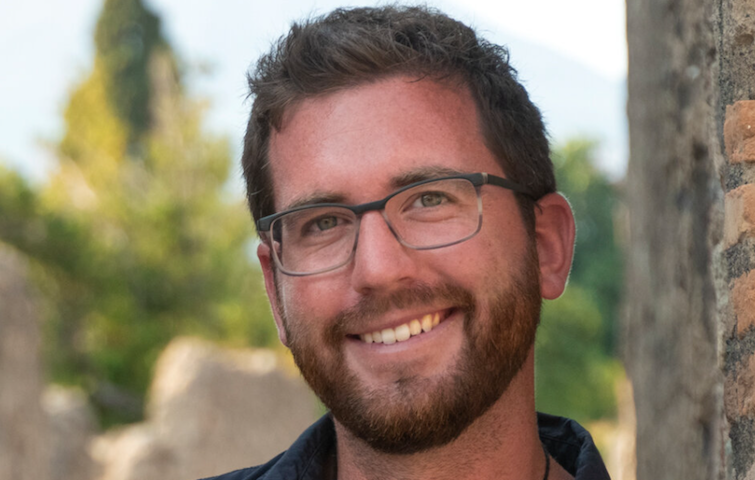 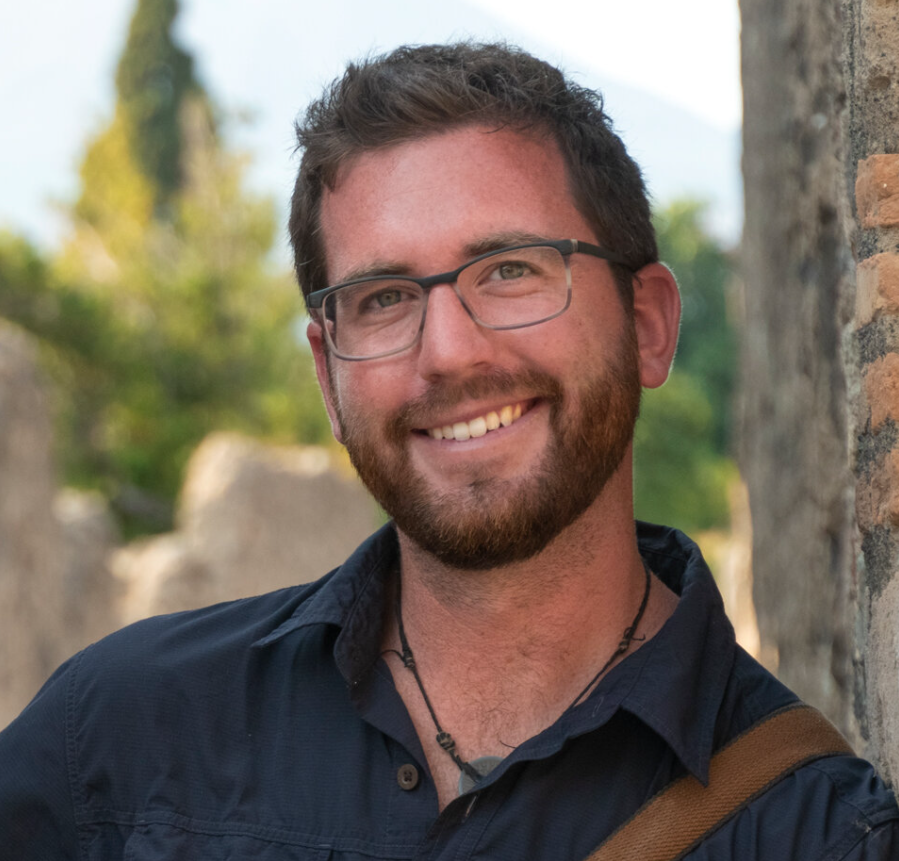 By Paige Dempsey, program intern at the McConnell Arts Center

Justin Grubb is a filmmaker, photographer, writer, naturalist and co-founder of the film production company, Running Wild Media. His exhibition, Conservation Through a Lens, is on display at McConnell Arts Center now through Sept. 2. Justin will host a screening of the documentary Resilience: The Story of the American Red Wolf followed by a short lecture on Tuesday, Aug. 10.

Paige: How would you describe your job to others?
Justin: I have a very exciting job that combines a lot of different career fields like communication, biology, art, science and wilderness skills into one package called science communication. My focus is on wildlife and conservation stories, as well as the delivery of those stories to the right audience to make an impact. My intent is to convey hopeful stories that spark wonder, passion and excitement in people so they can feel empowered to protect the natural world. 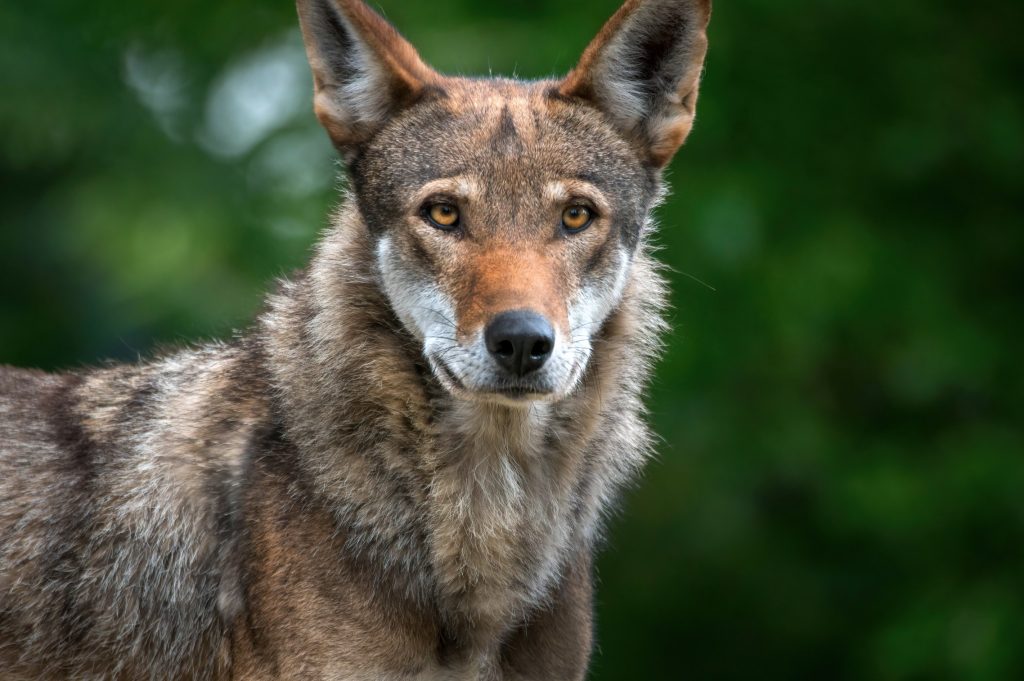 To gather these stories, I am very fortunate to be able to travel to many incredible ecosystems to highlight animals with extreme conservation challenges along with the people and communities working to protect them. When I go on a field expedition, much of my time is spent with the conservation team collecting data, looking for wildlife and interviewing researchers and members of the community to learn about their relationship with nature. In some cases, I will be out in the field for weeks looking for elusive wildlife. Once I collect enough media, I will package it into various outlets such as films, online or magazine articles, photo exhibitions, education programs, social media campaigns and more. I have worked with various outlets such as National Geographic, BBC, PBS, National Wildlife Magazine, and worked with many incredible organizations like Planet Indonesia, The California Academy of Sciences and the Conservation Measures partnership.

Paige: How did you get your start in wildlife photography?
Justin: I started doing wildlife photography when I was very little. My family would go on vacation in Florida to visit my grandparents and I would always take the family camera and wander around my grandparent’s house taking photos of lizards, snakes and frogs. I felt a connection to the animals I photographed and it gave me a tremendous opportunity to observe and learn about the natural world around me. I most enjoyed being able to share those moments with others through photography so they could see the animals I had encountered like I had. I went on to study wildlife biology and then became a biologist for several years. In doing so, I married my work with photography to show people what was going on in the field. 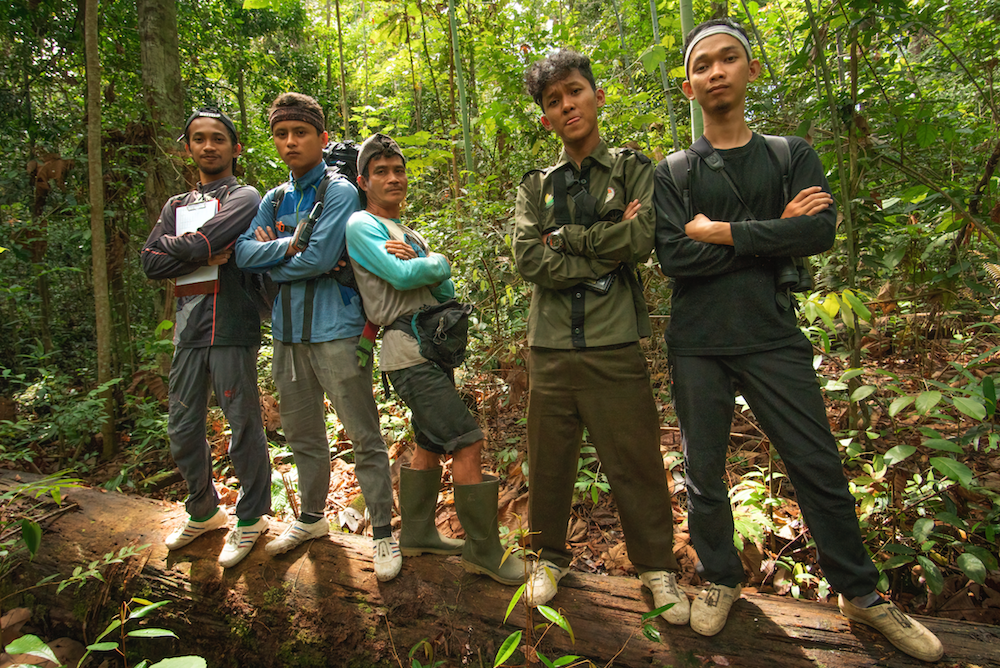 Paige: What led you to create the exhibition Conservation Through a Lens?
Justin: I was interested in creating an experience for people to interact with the multimedia elements from my various expeditions in a new and exciting way. I have also always been interested in printmaking and I feel photos truly come to life once they are printed and presented in a gallery. The exhibition is intended to give people a chance to learn about conservation stories from around the world and reflect on how the stories can be applied locally. I also wanted to create an exhibition that went beyond just photos on a wall and create a platform to build a community around interactivity and wildlife. The exhibition featured media that goes beyond the photos such as additional videos, sounds and a participatory art activity.

Paige: What does photography do for conservation that other efforts can’t achieve?
Justin: Wildlife photography offers a great way for people to experience a single snapshot of a moment in an animal’s life. Whether it is a certain behavior, an interaction with a researcher or something that is a threat to the animal, the viewer has an opportunity to see the world through that animal’s eyes.

Photography is a powerful tool because of its ability to reach a large audience and its tendency to satisfy the part of the human brain that longs for stories. Photography elicits an emotional connection to the subject of the image, challenging the people to learn more, if done properly. This interaction with the medium is often instantaneous but leaves a lasting impression on the viewer that may one day change the course of life for any given species or habitat. Since conservation is more about human behavior than anything, using photography to share stories to make change is one of the most powerful conservation strategies out there. 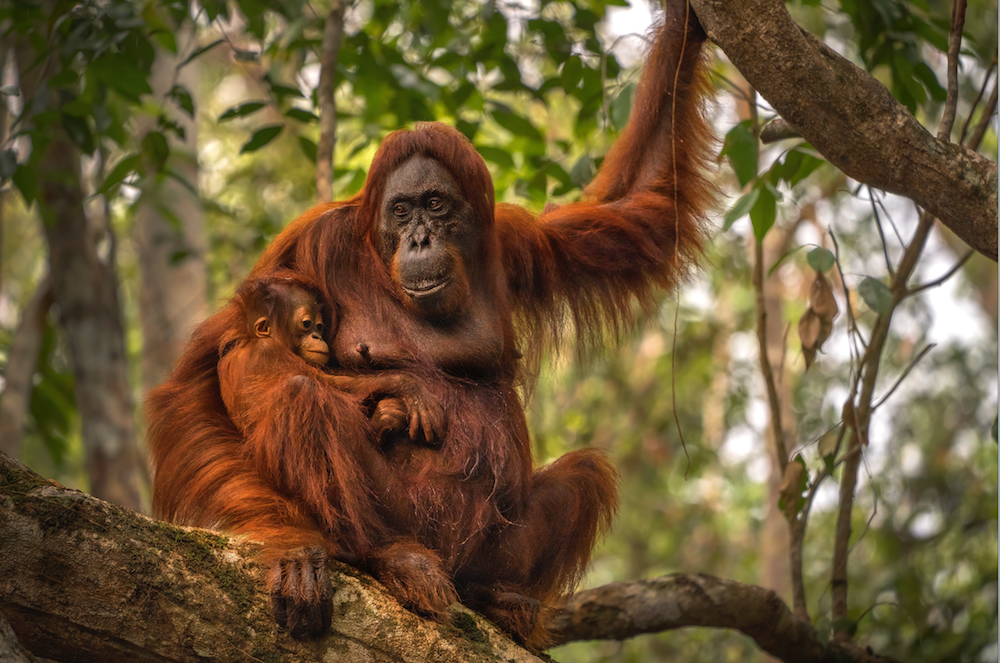 Paige: What’s the most rewarding shot you’ve ever taken?
Justin: One of the most rewarding shots I have ever taken is of a helmeted hornbill. This is a large species of bird that lives in the forests of Southeast Asia and is one of the largest hornbill species in the world. It is also the only hornbill with a solid casque on top of its head. The males use this casque to aerial joust one another for the right to breed. This casque is also popular in the illegal wildlife trade, making this bird species a target for poaching. Because of this, the helmeted hornbill is critically endangered and is very hard to find. In 2018, I teamed up with a group called Planet Indonesia through the Emerging Wildlife Conservation Leaders program and helped establish ranger patrols to protect hornbill habitat in West Borneo. After a short period of time, hornbills began nesting in the newly protected forest and after many attempts, I was able to film several for the first time last month. I have been wanting to see this animal in the wild for years, and was finally able to get my photo after considerable effort protecting its habitat and sitting in the forest in a blind for a week.

Paige: What is one of your craziest stories from being in the field?
Justin: One of my favorite wildlife encounters took place in Yellowstone earlier this year in the dead of winter. My film partner and I went out in the middle of the moonlit night in search of wildlife. As we happened upon a bison carcass, we used a specialized night camera to look around to see if there were any animals nearby. While scanning, we found a pack of wolves hanging out by the carcass. We sat quietly and after a few moments, they hopped up and started eating on the carcass. It was awe-inspiring being out in the middle of the night with a full pack of wolves in one of the last great wildernesses of North America. In the stillness of the night, we could hear the jaws crunching on bones and the ripping of skin as they feasted on the poor bison.

See Justin’s work at Conservation Through a Lens at McConnell Arts Center through Sept. 2, and catch a documentary screening and lecture from him on Tuesday, Aug. 10.