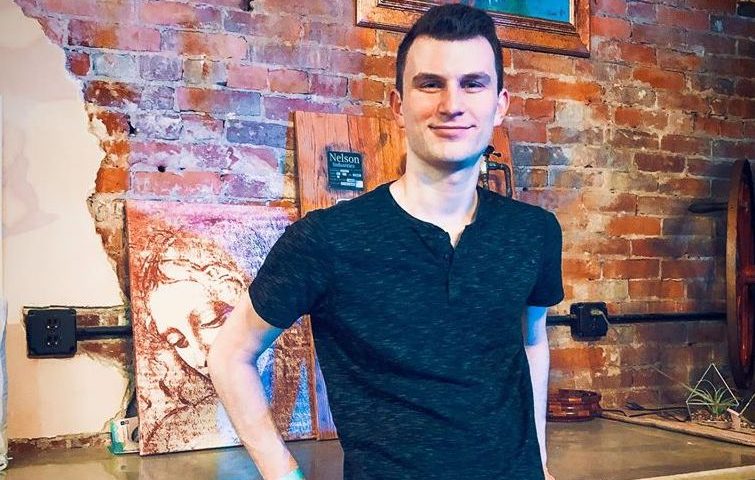 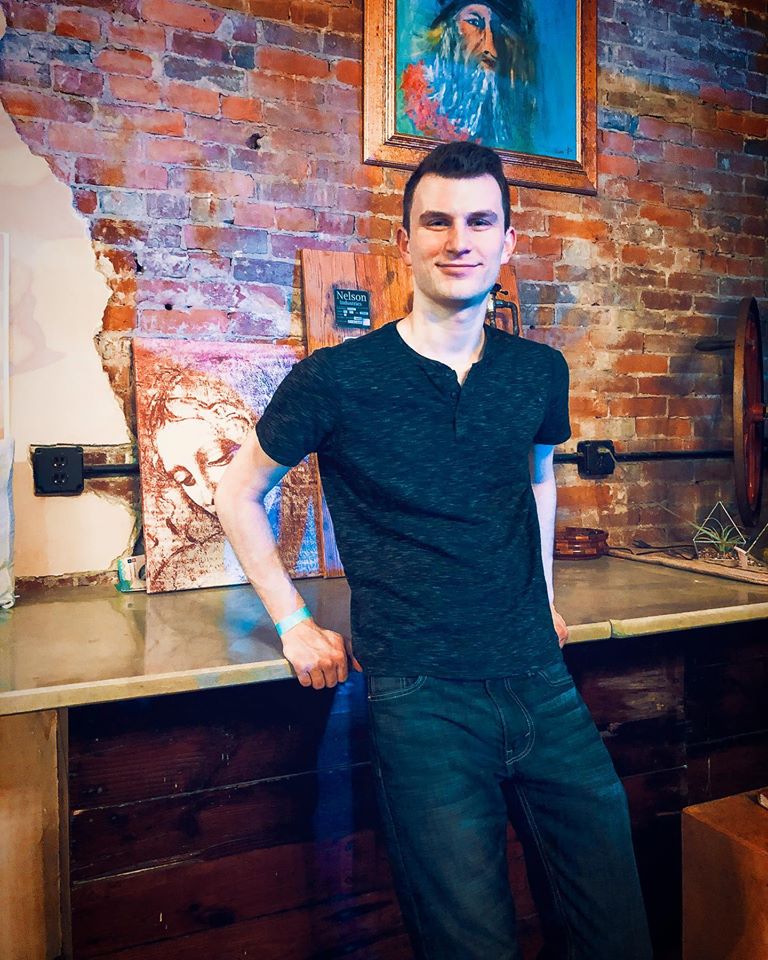 Lane Schlicher is the associate production manager for Evolution Theatre Company. An Ohio native, Lane moved to Columbus shortly after he graduated from college in 2017. He has acted in two productions for Evolution Theatre Company and for other companies in the city. Lane will be one of two directors for Rainbow Wave, Local Playwrights Festival running Apr. 15-25 at the Van Fleet Theatre in the Columbus Performing Arts Center on Franklin Ave. in the Discovery District near downtown Columbus.

Mark: Tell us a little about yourself. How did you come to Evolution Theatre Company?
Lane: I graduated from Wittenberg University in the spring of 2017 and moved to Columbus shortly after. I wanted to get more experience in theater, but knew I needed to work a day job to support myself. Columbus, for me, is the best mix between theater and work life. I saw a job listing for an assistant stage manager for the Evolution Theatre Company production of The Most Fabulous Story Ever Told, and I’ve been with the company ever since.

Mark: And now you are one of the directors for Rainbow Wave, Local Playwrights Festival.  What got you interested in a play festival?
Lane: I’ve directed for a local playwrights festival before with Madlab Theatre. The experience was amazing to me because you’re creating something that has never been done before. I loved being able to receive input from the playwright and communicate my vision one-on-one. So, when I was offered the opportunity to direct two original works in the festival, I jumped at the chance. Of course, I am slightly nervous since this will be the first time I directed Equity actors in an Equity theater company.

Mark: What do you think makes you uniquely qualified to direct two short plays with very different stories?
Lane: Every production I’m a part of, I want it to feel unique. I try to find symbolism in the pieces I’m working on, and showcase aspects of the play that create a deeper meaning to the words spoken. Having a clear vision also allows the actors to do even more with their characters. A director’s job is to direct, not tell — and I feel that my experience and my passion to create something from the ground up makes me a perfect choice to direct new works. 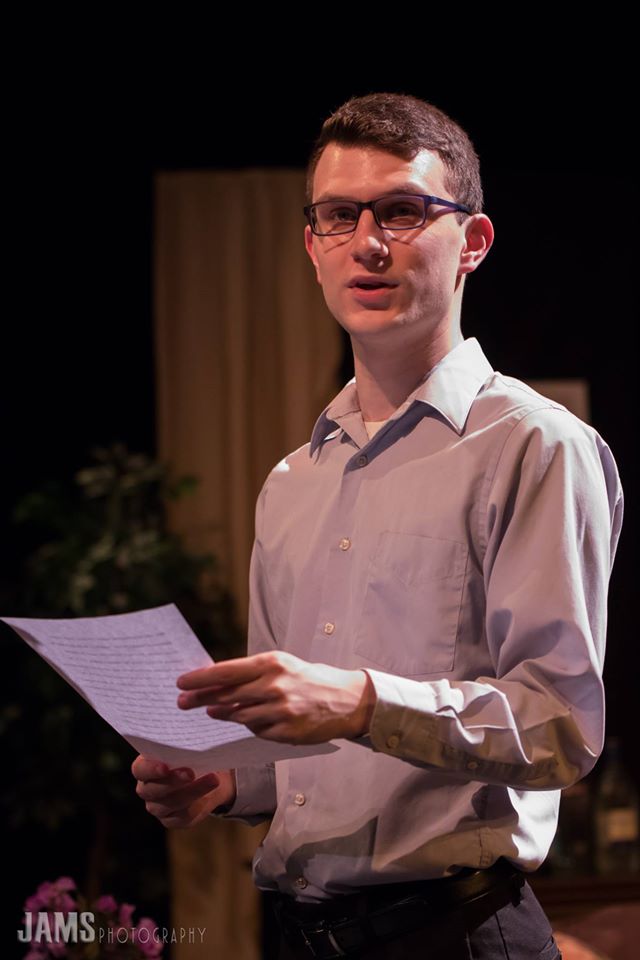 Mark: Who are the main influences in your life that got you interested in theater, and why?
Lane: The sole person who helped elevate my passion for theater was definitely my high school drama teacher: Mrs. Bodey. I was never any good at the core subjects in school, and wasn’t exactly sure what I wanted to do with my life. With just one class, she helped me realize my purpose. Which is why I’m an advocate for keeping the arts in public education.

Mark: Do you see yourself making a career in theater? If so, what is your main focus, acting or directing? If not, what do you see as your career goals?
Lane: The end goal for me is to become a full-time actor. I love being able to showcase the deepest intimacies of another person. Directing is also one of my passions.

Mark: Do you see a future with Evolution Theatre Company? What do you think you bring to the progression of the company and its mission?
Lane: Evolution Theatre Company is going to grow as a professional theater company in ways I can’t even imagine. Last year was proof of that, with it being our most successful year since I’ve been working here. I only anticipate the show quality getting better and better, and the best part is being able to showcase the local talent of every person in the Columbus theater community. By working closely with the artistic director, I also bring an extra set of eyes to the productions as well as a younger, more contemporary aspect to the company. I am also a firm believer in the unique mission of the company.

Mark: Aside from Evolution Theatre Company, what’s the best thing about the Columbus theater community?
Lane: The Columbus theater community has completely blown me away. Everyone is so professional and takes their craft so seriously, but is also able to have a little fun while doing it. Aside from working in productions, I just love being able to hang out outside of the theater either at the Little Palace bar, or just having dinner at someone’s home.

Lane Schlicher will be directing The President’s Son by Lucien Munroe and The Body Politic by Cory Skurdal in Rainbow Wave, Local Playwrights Festival. It is a festival of plays about LGBTQ+ in politics and government. Performances begin Apr. 15 and run through Apr. 25 at the Van Fleet Theatre. Tickets and information available at www.evolutiontheatre.org.