Life After Cancer: Lauren Mandell on Breast Cancer at 29 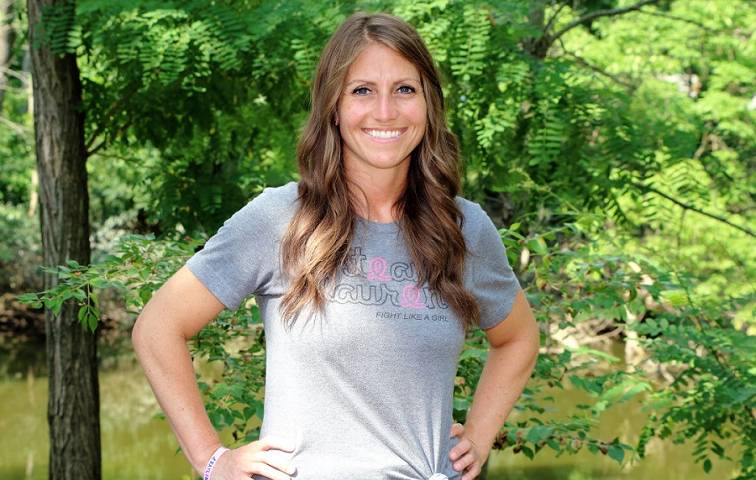 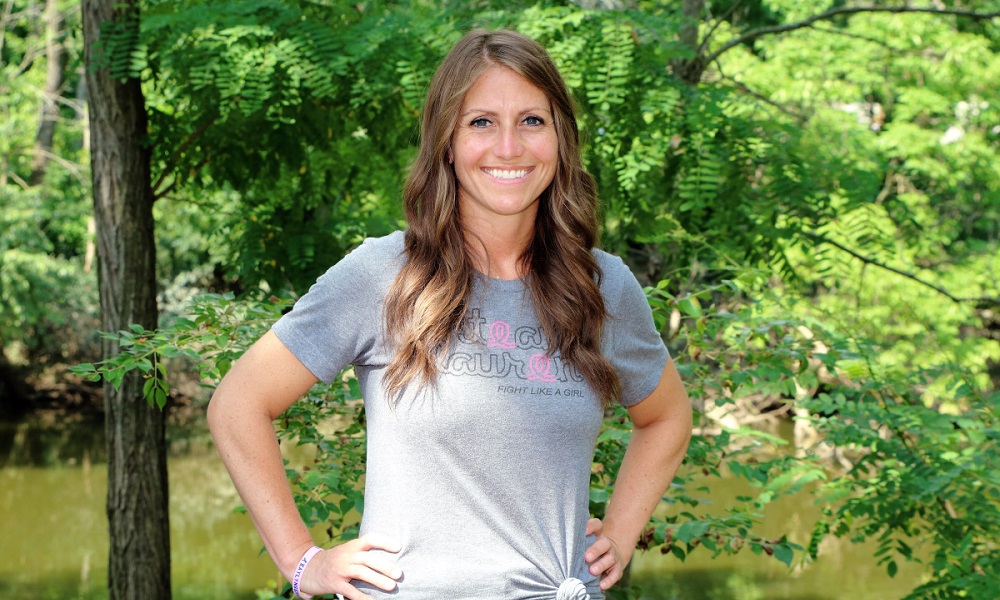 At just 29 years old, Lauren Mandell discovered a lump on her breast and was soon diagnosed with Stage 3 breast cancer, facing a long road of chemotherapy, surgeries and rounds and rounds of radiation, among other treatments. With “Team Lauren” by her side, Mandell embraced her cancer diagnosis, frequently posting candid and honest moments throughout her sometimes excruciating journey. Though some might find it surprising, Mandell considers her cancer diagnosis a blessing in disguise, and now serves with an organization helping others fighting their own battles. On fighting cancer, Mandell says, “Let yourself have bad days and cry it out if you need to, but pick yourself up, keep fighting, and don’t ever give up.”

How did this journey start for you? I randomly found a lump in my breast in October 2013 at 29 years old. I somewhat panicked but at the same time told myself, “No way it’s cancer. 29 year olds don’t get breast cancer.” I called my gynecologist the next day and she had me come in. She thought it was a cyst but still sent me to The Spielman to have an ultrasound. The radiologist thought it was fibrocystic changes and that I should come back in six months. She asked if I was going to be worried the next six months and I said, “If you aren’t worried then I am not.” I of course cried when I left but tried to stay positive.

What happened next? Five months later my lump felt bigger. It went from the size of a gum ball to a golf ball. I went back in and this time since I was now 30, they did a mammogram and another ultrasound. I will never forget the look on the radiologist’s face when she came in after the ultrasound. She said she was very concerned with how much it had grown in such a short period of time and wanted to do a biopsy that day.

You were probably so scared. When did the results come back? 2 days later, March 6, 2014, I got that dreaded phone call. Thankfully I was visiting my sister at her new job when they called. All I heard on the other end of the phone was, “I know this isn’t easy but it’s malignant.” I didn’t hear a word after that. I hung up the phone, my sister crying asking me what they said and I just lost it. She called the doctor back and asked all the questions for me as I was sitting there trying to process everything. How am I 30 years old with stage 3 breast cancer? Having to make the phone calls to tell my family and friends the terrible news was probably one of the hardest things. Seeing my Dad cry just broke me. I had to reassure everyone I was going to be okay even though I wasn’t sure how I would be. My niece Grace was 6 months old at the time and all I could think of was, “Am I going to get to see her grow up and be around for that?” She was and is my world!

That must have been awful. It sounds like you have a strong support system though. What did that mean to you when you were going through treatments? I have to say everyone rallied and came together to support me once word got out and it was AMAZING. I couldn’t ask for a better support group…Team Lauren. I went through egg harvesting in case I had trouble conceiving down the road. (Chemo can have a negative effect on getting pregnant.) I then got my port, went through six long rounds of chemo, a left mastectomy and lymph node removal, 25 rounds of radiation, a latissumis dorsi flap and mastectomy on the right side, surgery for my implants and a revision surgery. 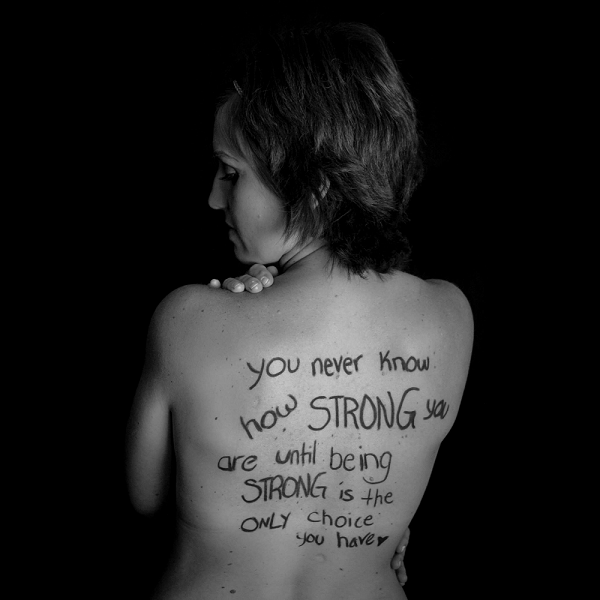 Wow! That’s quite a lot you went through! It was a long almost two-and-a-half year journey but I made it. I fought hard and I won. But just before I hit my five year survivor anniversary, cancer struck again. I finally went to the dermatologist after five years of not going and had a few moles biopsied. I knew she was concerned for basal cell carcinoma which I knew was pretty common, so I left not too worried. A week later I got the phone call that not only did I have basal cell carcinoma but melanoma as well. Ironically I was leaving the Spielman center when I received that phone call.

What was the plan of care this time? Immediately my mind went to, “Do I have to go through chemo again?” Thankfully it was caught early enough that I just needed to have surgery to remove it and I was good to go. One more battle scar to add to my back. A reminder of what I have overcome. I now see my dermatologist every four months to get checked, as well as my surgeon and medical oncologists every six months.

Five and a half years have gone by since your initial diagnosis. How does that feel? Do I fear my cancer coming back? Absolutely! Do I think every new ache or pain could be cancer…Yes! I would be lying if I said no. However, I try not to worry daily and just continue to live life. I couldn’t have gotten through everything without my family, friends, and 15 “Breasties” I met along the way. Sharing my story and being very open on social media has been beyond helpful, and it has allowed me to help others going through the same thing. It’s crazy to say but cancer has been a blessing in disguise. Although it’s not something I would have ever wished for, it’s made me the person I am today and I am thankful for that. 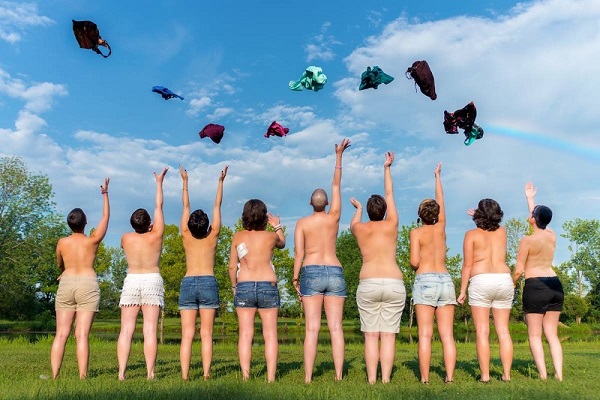 What advice do you have for young women in their 20’s and 30’s? Pay attention to your body! Do self breast exams and be aware of the moles and freckles on your body. Anything that seems abnormal make an appointment with your doctor. If you are still concerned get a second opinion. Ask questions. Stay out of the tanning bed. I am very guilty of using the tanning bed and learned the hard way what it can cause. Use sunscreen! 30 SPF or higher. Anything abnormal you notice with your breasts, call your doctor. You are never too young to get breast cancer unfortunately.

What is some advice or words of wisdom that has helped you get through your cancer journey, that you’d like to pass along to others who might just be getting started with theirs? Make the most of everyday. Staying positive will help you beat any battle you face. Let yourself have bad days and cry it out if you need to, but pick yourself up, keep fighting, and don’t ever give up.

Who is the one person or people who helped you get through? I could not have gotten through my cancer journey without my Mom. She was at every single appointment, surgery, treatment, took care of me when I was beyond sick from chemo, held me when I would sit on the bathroom floor crying wondering why at the age of 30 I had to lose both my breasts and hair and fight this hard battle all while she held it together for me. If it weren’t for her I’m not sure how I could have made it.

My brother Ryan was also amazing through the whole thing and continues to be. He was at every chemo, dressed up in whatever theme we had. He wears my Team Lauren bracelet to this day along with all the other breasties’ bracelets. He delivers treatment bags to people for me if I’m not available to even if he has never met them. He wears a tutu to every Race for the Cure. As much of a goofball he is, he has a heart of gold and it sure showed throughout my journey.

You mentioned delivering treatment bags to cancer patients. Tell us more about that. It’s through The Nicole Wilcox Foundation. I became a member 2 years ago of this amazing foundation that carries on Nicole’s legacy. She passed away from breast cancer 18 years ago and her surviving husband Randy has continued to keep her memory alive. My main role is sending out treatment bags to anyone one going through cancer that request bags. We also do events throughout the year to raise money and help cancer patients and their caregivers. I feel like this is my way of giving back. It’s very therapeutic for me.

Lauren Mandell lives in Grandview and works at The Ohio State Wexner Medical Center. She enjoys early morning workouts, afternoon naps, hanging out at coffee shops, and spending as much time as she can with her nieces. For more on her journey, follow her on Instagram