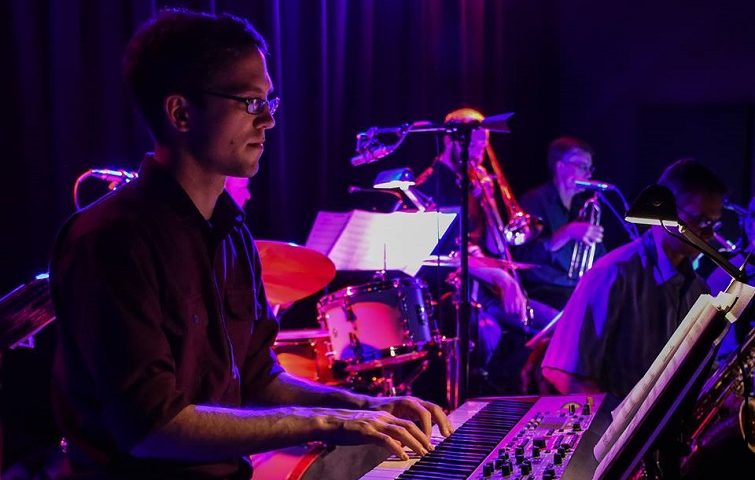 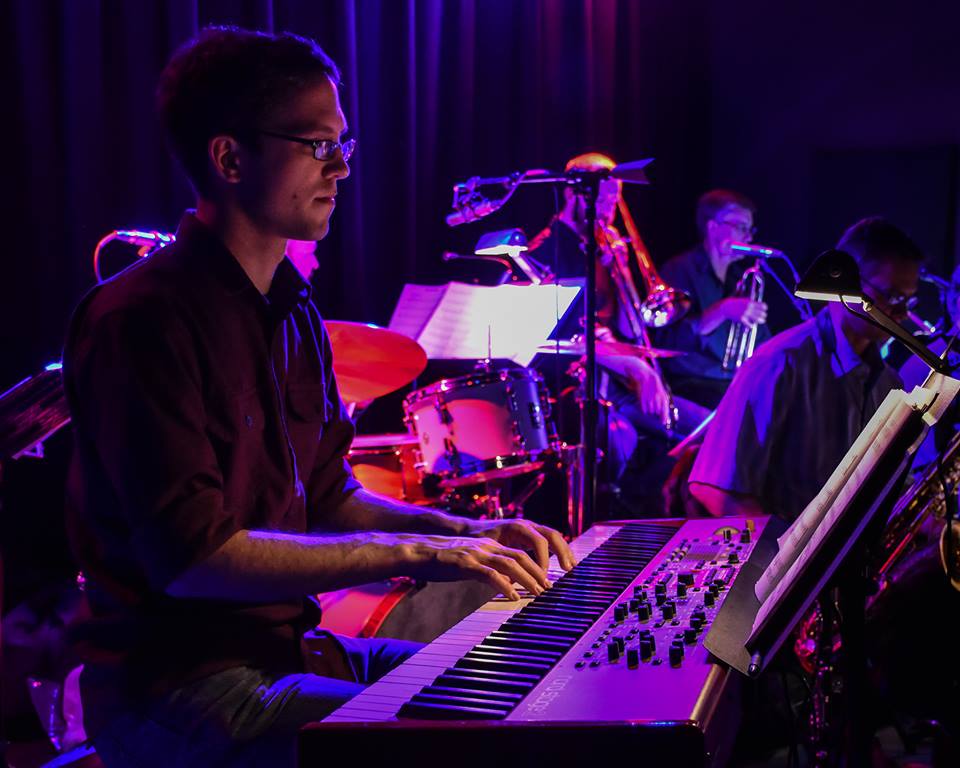 Luke Holmes is a freelance musician and the Music Director at Momentum, where he’ll be performance with the Harlem Renaissance showcase on July 26 at the Columbus Commons. He also plays keyboard in adventure folk band Hebdo, as well as Popgun, a 60s, 70s and 80s cover band of seasoned musicians. We sat down with him to chat about putting his artistic skills to work and how music became a career for him.

Molly: When did you know that you wanted to be a professional musician?
Luke: I did all sorts of high school ensembles like jazz band, marching band and pit orchestra, but it wasn’t until I started to improvise and figure out songs on my own that I thought I might want to make a career out of music. I was in denial for a while, but my mom actually really pushed me to go this route.

Molly: How did you make a career out of being a musician?
Luke: It helps to play the piano, which shows up in pretty much every style of music. Other than that, it takes piecing together accompanying, playing in bands, playing for corporate events and weddings, and teaching. At the beginning I said yes to pretty much everything, but over time I’ve been able to find a niche. I am lucky to serve as music director for Momentum, a dance outreach program for children in Central Ohio, which has become my primary focus. 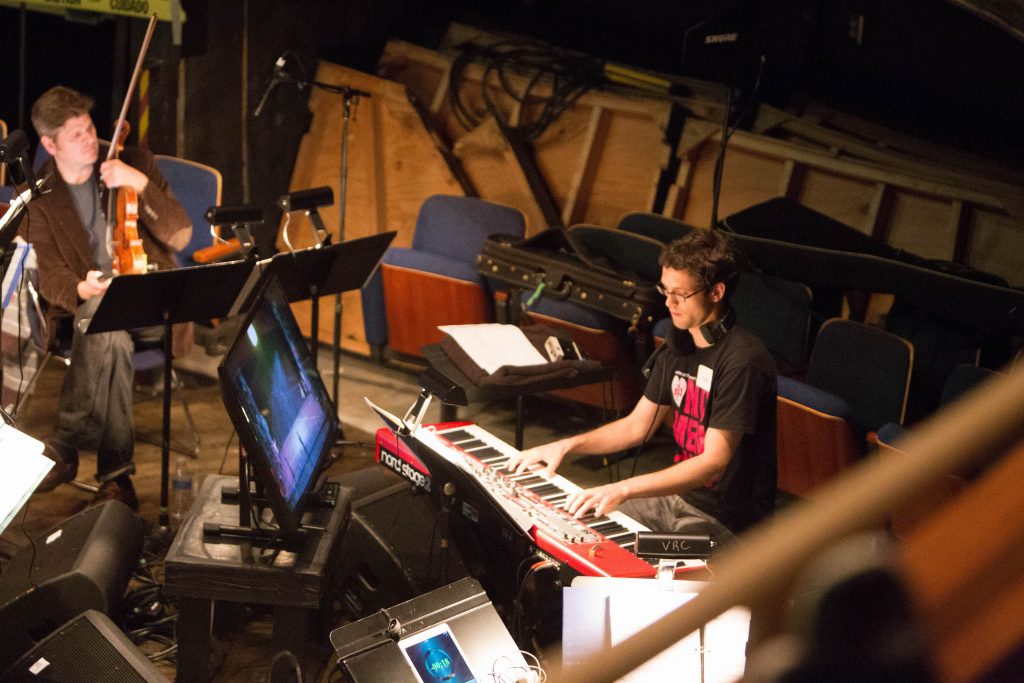 Molly: Tell us more about Momentum and your role there.
Luke: Momentum is an in-school dance program that teaches life skills to nearly 1,600 kids annually. A pianist accompanies every class, playing written and improvised music tailored to each classroom and teaching artist. During the school year I play for over a dozen classes a week, help plan for our shows in May and July, arrange the music for our live band and supervise the other talented piano accompanists. 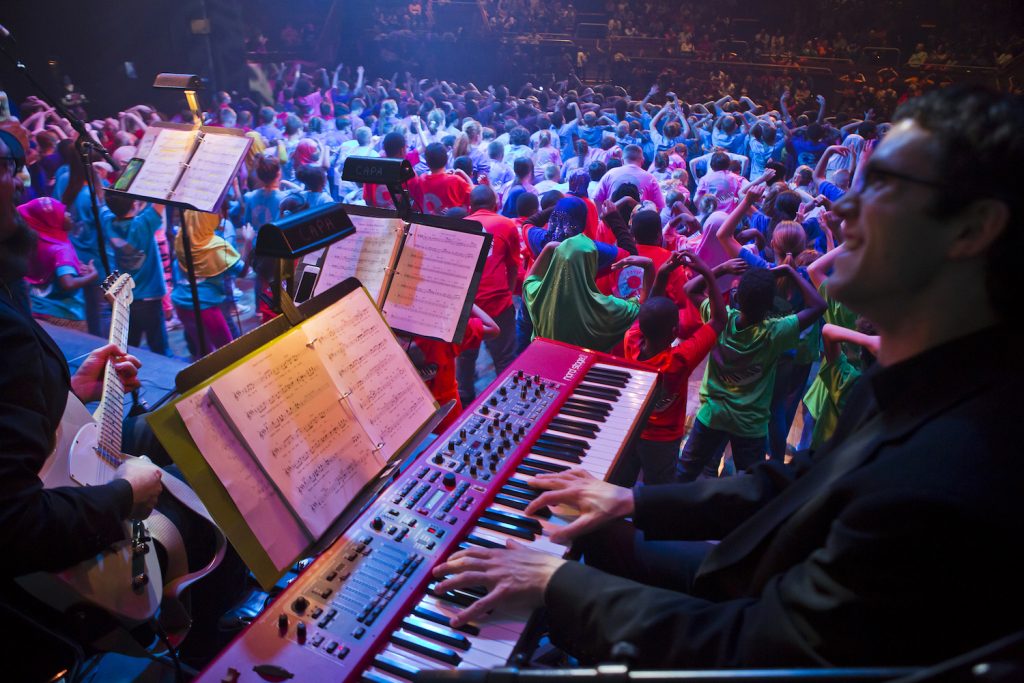 Molly: Who/what influences you?
Luke: Some of my biggest jazz influences are Keith Jarrett and Wynton Kelly. I like music from a lot of genres, though, and Paul McCartney and Stevie Wonder are right up there. In Momentum, I play some of my favorite pop and rock songs as well as improvise. The theme for this year’s Momentum programming is the Harlem Renaissance, so I’m especially excited to work with the artistic staff and kids to put on a show heavy on jazz.

Molly: What’s the best thing about the Columbus Art Scene right now?
Luke: There is such a variety of talented musicians in Columbus. You can find great musicians playing all genres of music, from conventional to experimental.

Luke will be playing at Momentum’s Summer Performance of the Harlem Renaissance at the Columbus Commons on Thursday, July 26 at 5:30 p.m. The concert is free and open to the public. More information is available at momentum-excellence.org. You can also catch Luke playing keyboard in Hebdo, performing next at Rumba Cafe on June 28 at 6:30 p.m., as well as Popgun on June 29 at King Avenue 5 ($15 at the door).