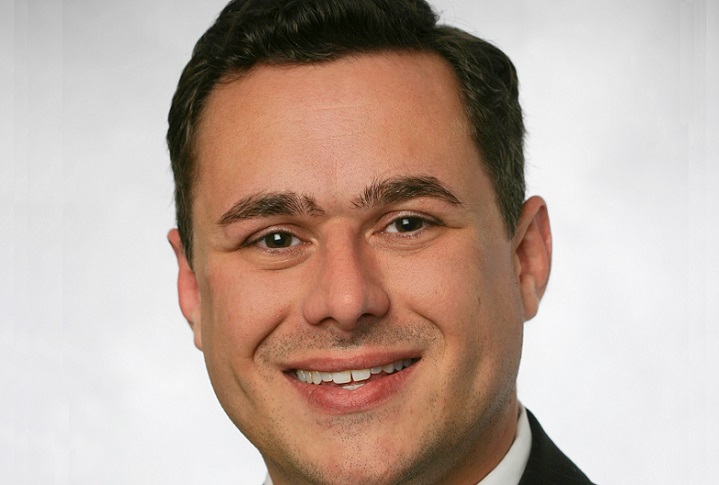 “If you are a young professional in Columbus, go get involved,” he said. “This town is ready to pop, but only if people go out and aggressively pursue their passions in work and play.”

Brown maintains “the conviction that ‘Columbus’ is a story that isn’t finished and we are writing the next chapter.”

“This is an exciting time to work in civic leadership in one of America’s great cities,” he said. “You can see things coming together all over the city, but we have to open up and show our personality, authenticity and have fun with this process.”

Harrison West is where Brown hangs his hat.

“I bought a home a few years ago and am slowly fixing it up,” he said. “Harrison West is economically and socially diverse, filled with interesting people from all walks of life.”

He described it as “a great location that lets me easily walk or bike to most of the places I want to go, including the Short North, Campus, downtown and the Arena District – where I work.”

“It is also a foodie neighborhood, and it is very rewarding to live around people who are passionate about finding or making the best,” he added.

He described the Short North as “the epicenter of Columbus’ sexy, funky soul.”

“It is a lot fancier than when I arrive in Columbus in 1997, but it’s still the best place to wander around,” he said. “Take a cab to the north or south end and just walk, stopping in at shops, bars and restaurants. You will never have the same experience twice.”

“It is remarkable because almost everything is local, not franchised or of corporate design,” he added. “It is a truly authentically odd and awesome place.”

Asked about his favorite events in town, he offered up three highlights:

1. “Festival season from May through October is wonderful. My favorite festival is Independents’ Day, which is in late September, featuring the best independent artists, crafters, bands and creativity.”

2. “I love ComFest, Arts Fest, Festival Latino and all the sports… I don’t do much sporting myself aside from cheering in a bar, but I love living in a really active, competitive community.”

3. ” 2012’s idUS was a really rewarding week for the smart set and I look forward to seeing what comes of that series of events, including Design Week, Innovate Columbus and TEDxColumbus.”

“Columbus needs to be brasher and take some risks to reach its potential,” he said, following up on the original question. “The city is growing in a lot of smart ways, but there needs to be boldness applied to the arts, transportation, economic development, and the way we all talk about our town.”

“This is an awesome place and we need to celebrate that reality while we are building the city we want to live in,” he added.