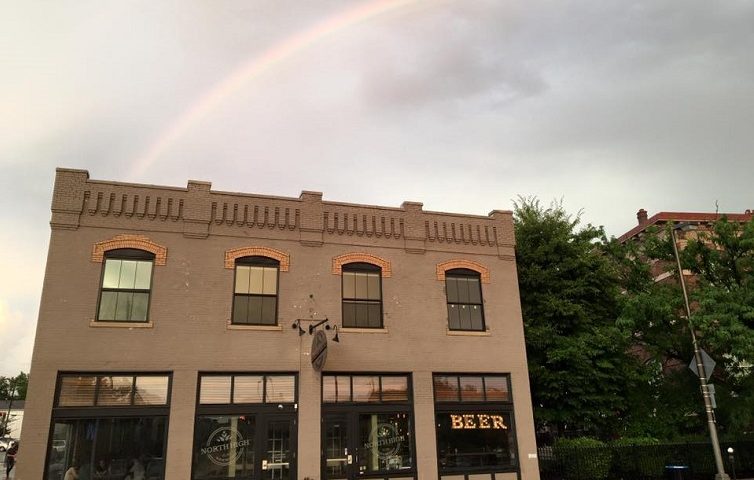 Gavin Meyers and Tim Ward met in graduate school at Ohio State’s Fisher College of Business, and recognized an opportunity to bring a new kind of brewery to Columbus: one that focuses on the EXPERIENCE of brewing. So in 2011, North High Brewing was born as Columbus’ first and only Brew on Premises establishment, where the customer is the brewmaster. In addition to customers brewing their own beer, North High Brewing creates small-batch, high-quality craft beer that they serve in their taproom as well as on tap at dozens of area restaurants and bars.

The demand for their beer has been so high that they recently underwent a brewery expansion that has taken them from being one the smallest breweries in Columbus to being one of the largest. In order to help with the new production brewing facility, North High Brewing recently brought on Jason McKibben as Brewmaster and partner. Jason has been a professional brewer for 15 years, including as senior Brewmaster at Anheuser-Busch, and most recently as head of production at Anchor Brewing in San Francisco.

The building that now houses North High Brewing was originally a Ford dealership in 1917, and the founders set out to restore the building to its original historical glory. Visitors will find numerous salvaged and repurposed architectural elements from throughout Ohio and the nation, including windows and doors from historic OSU buildings, old post offices, and even an 1870’s distillery.