Ollie Worden on Acting, Auditioning and the Best Advice They’ve Been Given 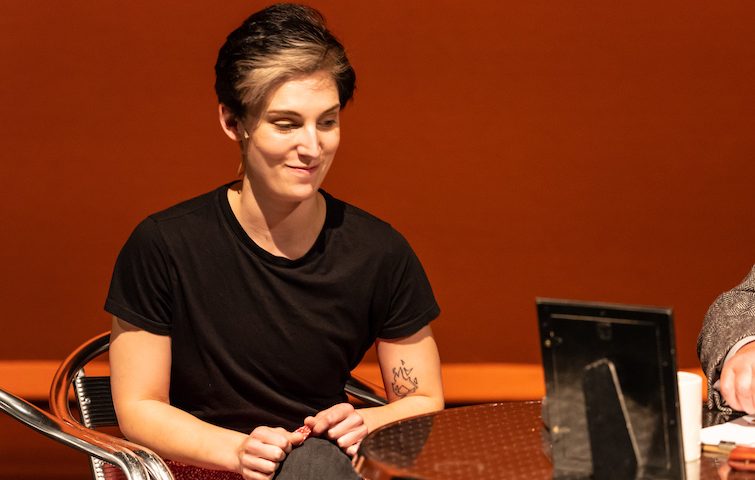 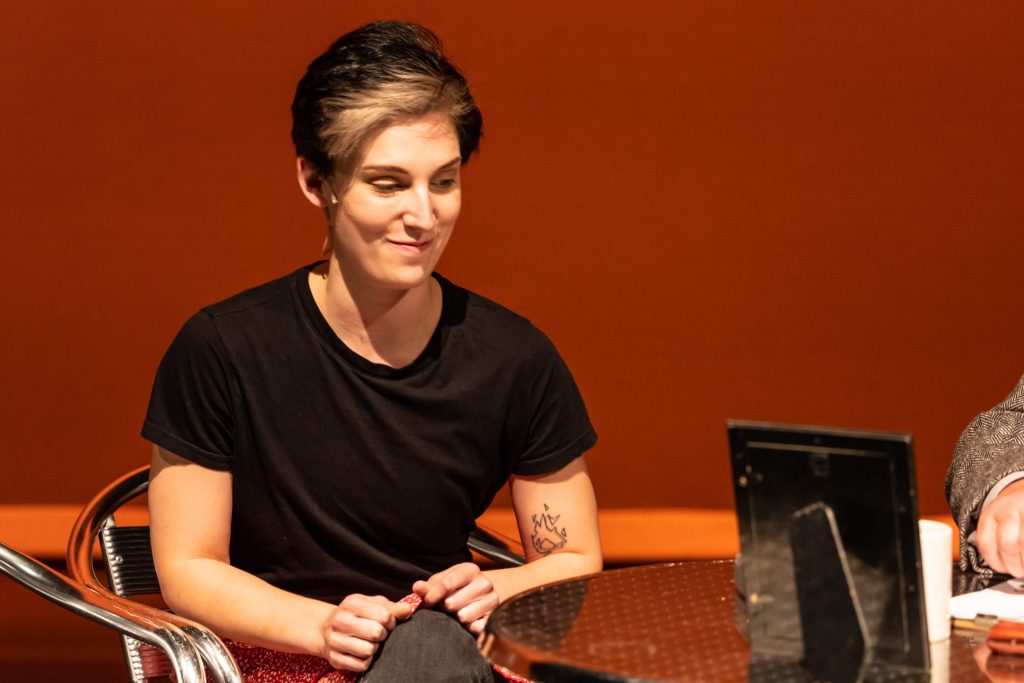 Mark: Ollie, briefly describe your art and your creative process.
Ollie: I’m an actor! I’m also a former stage manager and educator, which I consider to be other artistic hats I’ve worn. From a performance standpoint, I would say my creative process always starts with figuring out relationships – I use how I relate to and feel about other characters in a story to help find my own place in the narrative.

Mark: Ollie, how do you refine / expand your artistic process?
Ollie: I studied creative writing in college, so I always look at the big picture of a play as a whole, and think about what the playwright could have been intending and how the audience will experience the story. So, while my end goal is always to develop believable, empathetic and tangibly real characters, the path I take to get there is thinking about, “What tropes did the author connect to this character?” and, “What role do I play in the overall message the playwright wants to convey?” 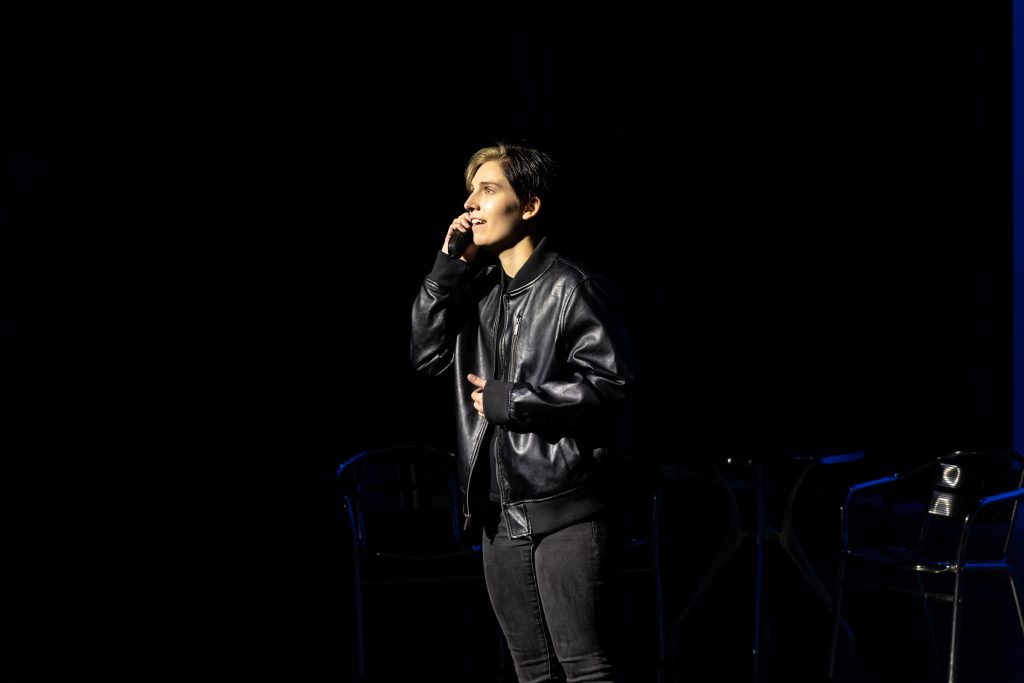 Mark: How long have you been creating your art and what is the most important thing you’ve learned about yourself along the way?
Ollie: I’ve been doing this since high school – so about 15 years – which both feels like so long and like no time at all. I think the thing that I am most grateful to have learned about myself is that I don’t have to put myself in boxes and “market” myself as any one type of character. I’ve gone into auditions with the idea that my age, gender, body type and other factors mean that I HAVE to target certain roles that I believe suit those things, but the times I’ve been happiest onstage are roles that directors completely surprised me with, that defied my expectations.  Maybe that’s the complete opposite of what they want you to do in New York or L.A., where the ponds are a lot bigger and maybe you need to clearly define what you’re “selling” in order to stand out, but I’m so thankful that I don’t feel any of those constraints here.

Mark: What production / performance or role are you most proud of?
Ollie: Ooo that’s a tough question, but I think I would have to say when I performed Ken Ludwig’s Baskerville with my fellow Boy castmates, Ralph and Scott! This was a farcical mystery where I played 15 different characters, all with wildly different accents, ages and personalities, with sometimes only seconds to switch between them. That’s the show my parents still say they’re most impressed by, and I’m very fond of those memories. Being reunited with Ralph and Scott in this production has been such a gift, I always learn from their brilliance as actors and they are such giving and thoughtful scene partners. 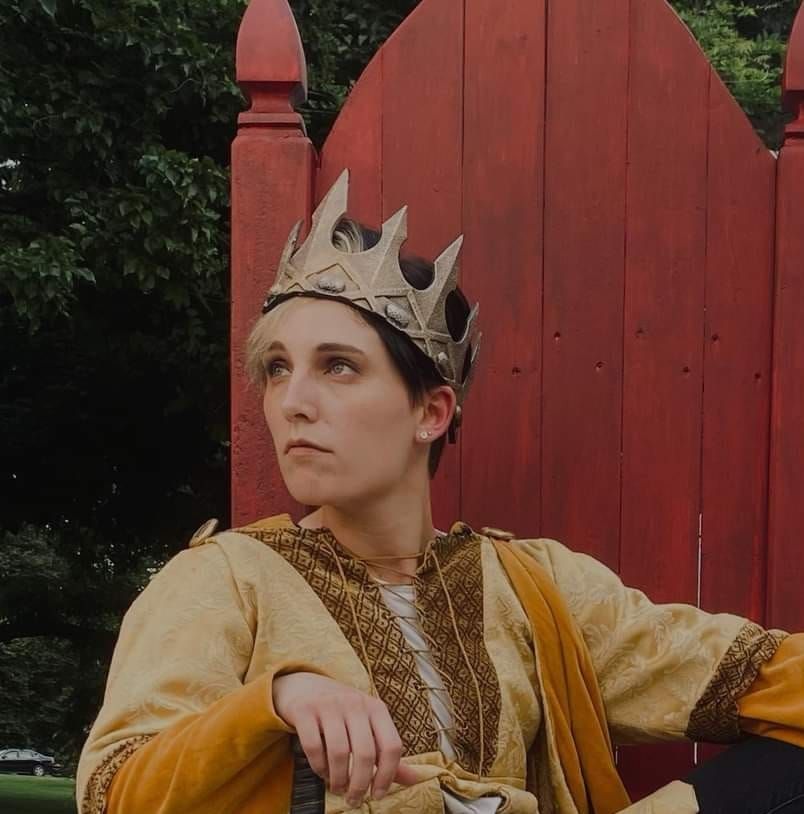 Mark: What’s the best advice you’ve been given?
Ollie: Auditions are to show a director/casting team that you are a collaborator that they would enjoy working with. CALLBACKS are when you consider how you can target and perform for specific characters. No advice is universally true for all situations, but keeping this in mind – that I’m auditioning to get to a callback, not auditioning to directly secure a role – has really freed me up when I’m considering what monologue I want to present, and when I’m trying to develop a calm, confident mindset for the audition room.

Mark: What’s the best advice you feel you can give?
Ollie: Spend the most time on the lines and moments that you hate. I feel like I can always tell when another actor is performing a moment that they don’t like or don’t believe in, and I know I really stumble in those instances as well. Ask, why do you hate this dialogue, or this action? How can you revise your mindset to connect to it? Who can you ask for help? I’ve made some of my biggest leaps in character development and understanding by digging into the moments I hate performing, and figuring out why they’re in the story and what they could mean if I turn them upside down and inside out until I find a way to perform them that feels honest – and most importantly, FUN.

Mark: What’s the best thing about the Central Ohio art scene right now?
Ollie: In the last year and a half, I have seen so much effort towards welcoming and celebrating gender-diverse and gender-non-conforming artists here. I’ve seen roles that were never initially considered to be transgender narratives given a new spin – performed inventively, and with pride; and I’ve seen roles explicitly written for trans bodies appearing onstage with greater and greater frequency. I feel like sharing and respecting pronouns in the audition room, on both sides of the table, has become the norm. Maybe some people scoff at that, or even chafe against it, but if they do exist I don’t know who they are, and I don’t believe they reflect the warm, vibrant, growing energy of Central Ohio theater as a whole.

Catch Ollie with Evolution Theatre Company in Boy by Anna Ziegler (Sept. 15-24 at The Abbey Theatre of Dublin), the area premiere inspired by a true story and explores the tricky terrain of finding love and acceptance amidst the confusion of sexual identity. Full show information available at evolutiontheatre.org.