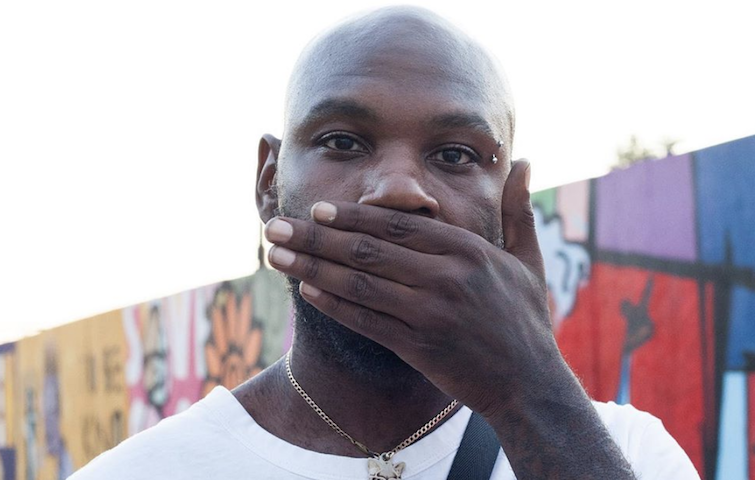 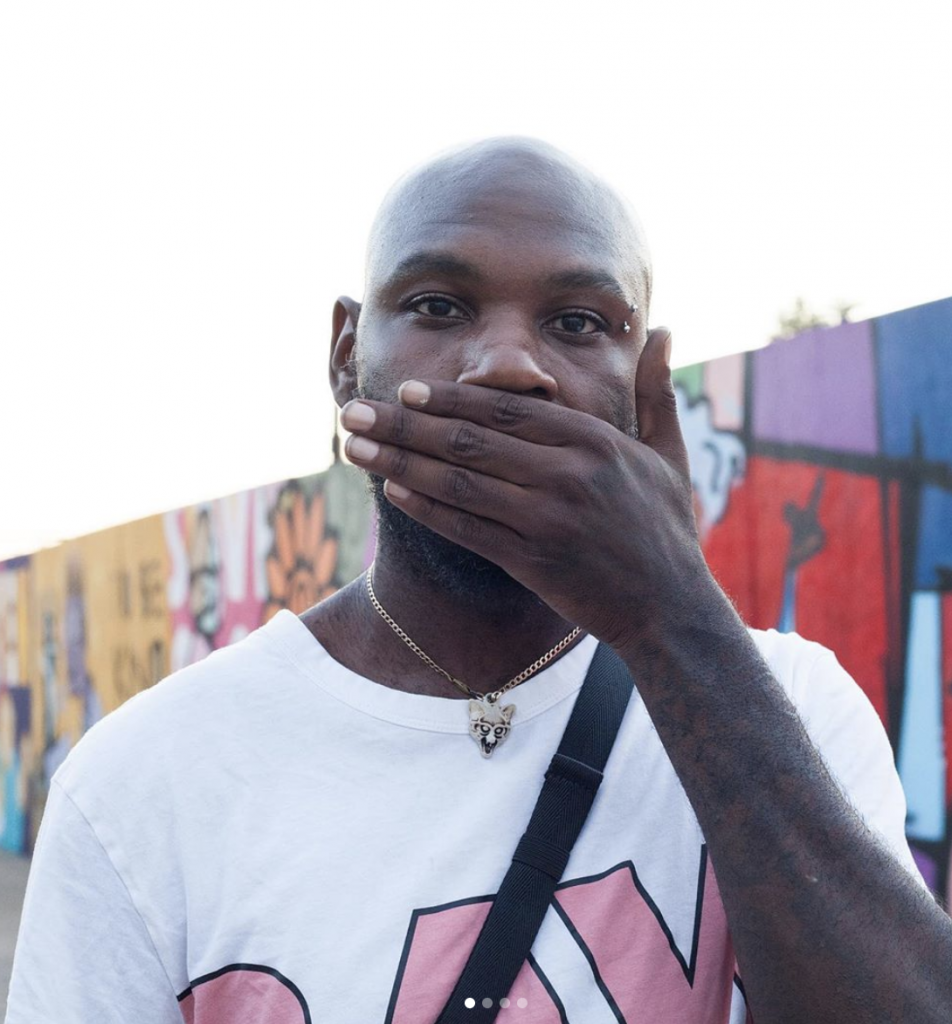 By Margaret Wunderlich, board member and head of curation at Wild Goose Creative 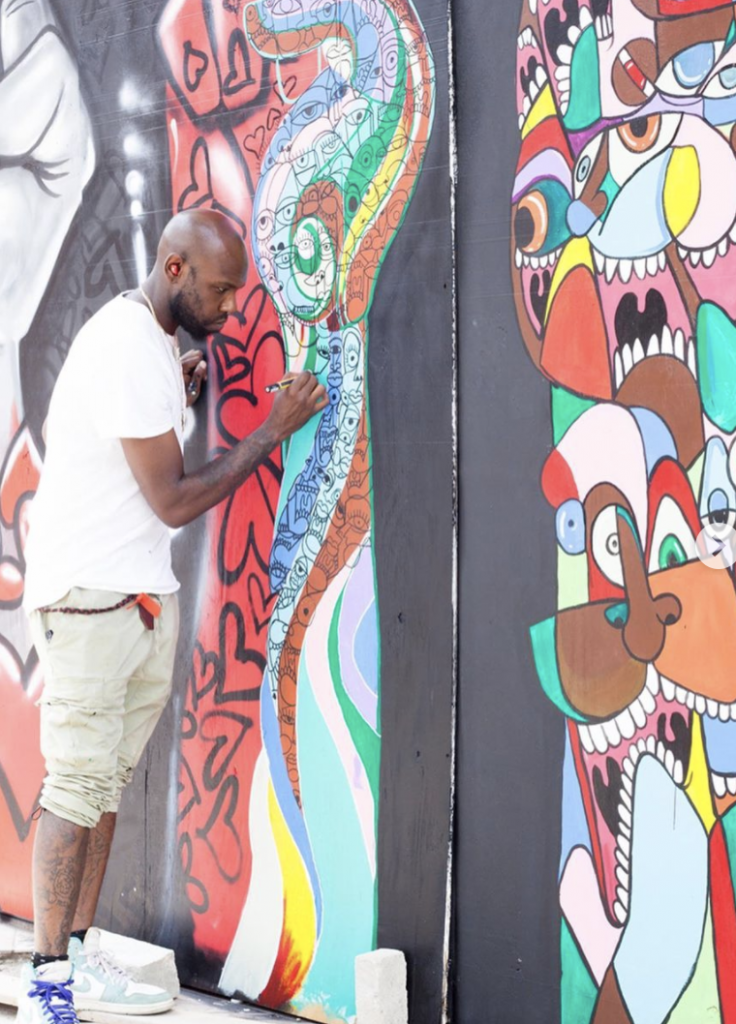 Margaret: You have been living and working creatively on the East Side of Columbus your whole life. How has your community been a part of your journey as an artist?
Rob: Growing up where I grew up, on the East Side of Columbus, there was predominantly a lot of gang stuff going on. It did kind of a reverse influence. I was always an artist and throwing paint, and the people around me really pushed me towards what I was already doing, which was my art. And that was a really big influence, those people I looked up to respecting what I was doing. So it ended up being a blessing being around that.

Margaret: Who are your biggest artistic influences?
Rob: One would be Keith Haring, his freedom and the way he carried himself. He was really free, and his style was dope. The way he took stick figures and made them come to life in his art work, he brought people to life, he brought all kinds of people together. Also Rembrandt, because his style of painting is very beautiful and gritty. What he does in his work is purposeful. The darkness, not like morbid, but dark as in it makes people sit down and think about things, think about their life. He put that into his art, it was there in a gritty, grainy picture. It’s the gritty, grainy stories that we tell that make us more human, more beautiful. And Takashi Marikami, he brought his characters to life in a world full of color. His characters smile, cry, show their feelings. That idea of creating a character and giving it a story has really influenced my work. 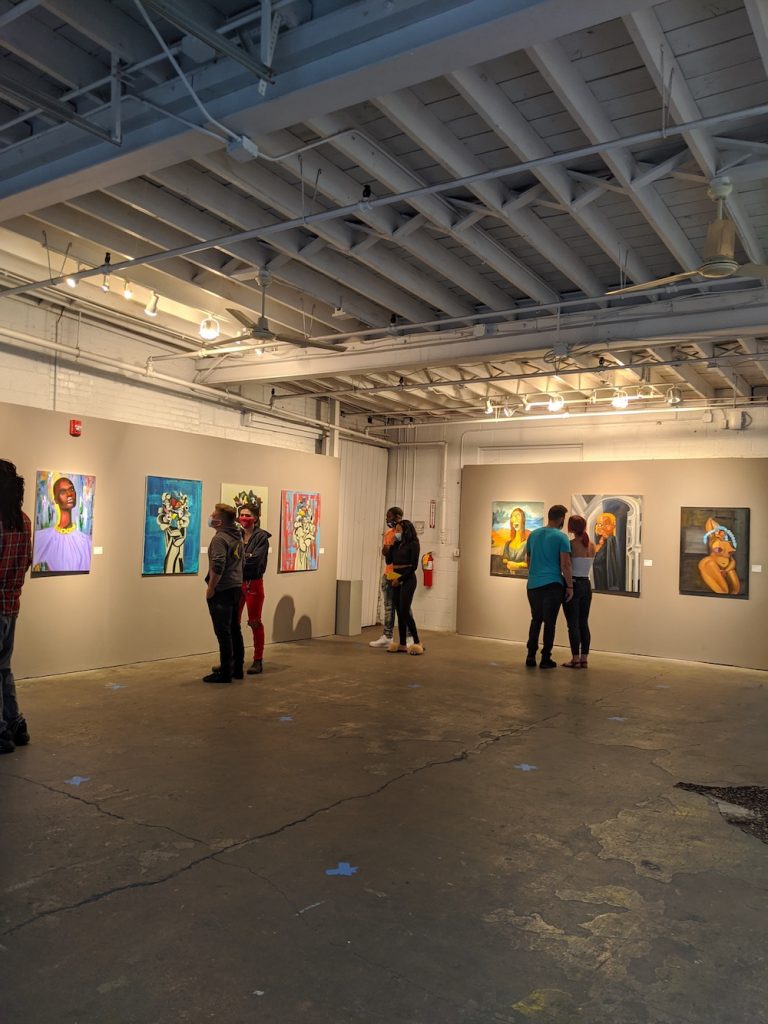 Margaret: What subjects or concepts do you explore in your work?
Rob: I would say natural selection, and natural selection in the way that the sun shines on the trees and the trees provide shade for the birds. Every day I wake up, I look outside and see the trees. They are doing what they’re supposed to be doing. They don’t think about doing it, they’re just doing what they’re supposed to. Nobody asks the tree to do those things, it’s just natural.

That natural energy you can feel in my work. When I look at somebody and talk to them it’s just them, they’re just doing what they do in their natural space, their natural habitat. Just like a bird is meant to fly and a fish is meant to swim. My art focuses on that part, the natural essence of ideas, thoughts, the natural way of things. The energy I see in people gets transferred to me, and I’m able to transfer that to a canvas, creating portraits, sometimes of multiple people at once. That comes from sitting down and talking with people while I do tattoos. I really put that into my art.

Margaret: How have the global, political and social events of 2020 impacted you and your art?
Rob: The social injustice and economic crisis, everybody is starting to see that now, but I wasn’t just aware of this in 2020. This is something I’ve been putting in my artwork for a while. People screaming inside, people having a sense of anxiety about what’s going on and what’s going to happen. I started feeling that a long time ago. The stuff that’s going on in my own community, that’s the stuff that really impacts me and that’s the stuff that I create from. Now globally, people are seeing. People are starting to feel exactly how my art looks, their mouths are wide open, their eyes are big. I feel like my art is speaking to what the times is, my art is having a moment with the things that are going on, it just fits for right now. 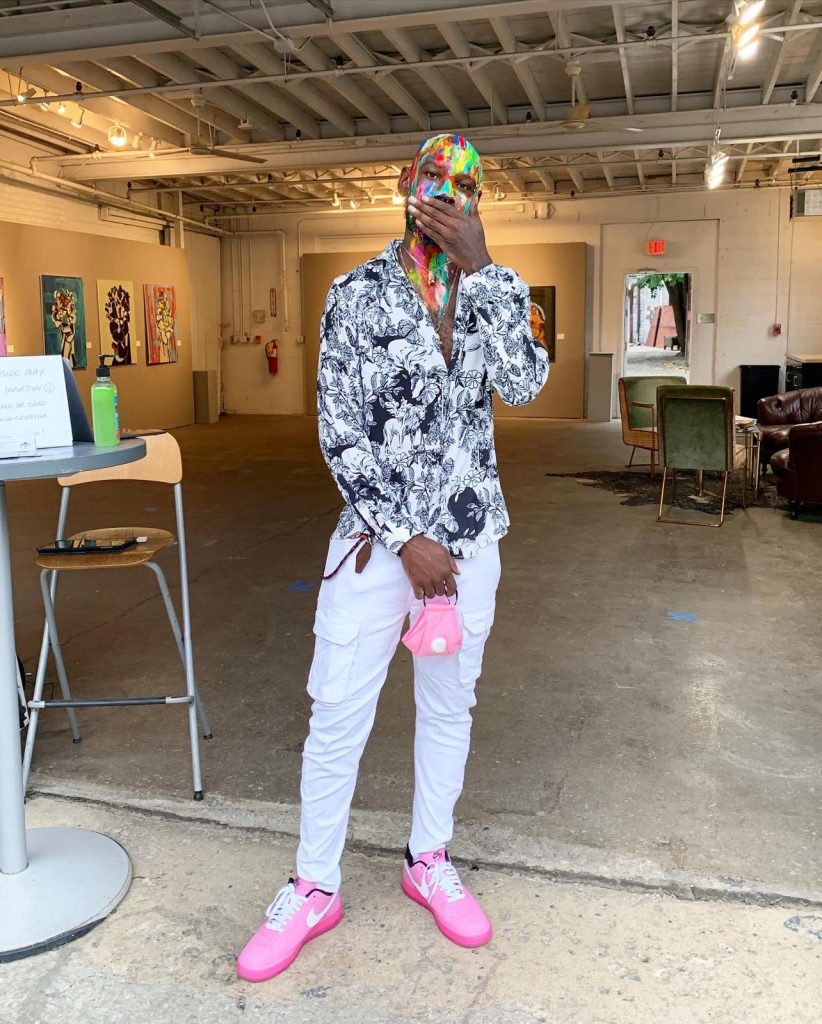 Margaret: In your opinion, what is the best thing about the Columbus art scene right now?
Rob: The art community where I come from used to kind of keep to itself. I’m happy that things are starting to spread out now and people are starting to take notice. It’s not just our community appreciating our work, it’s everyone in the greater arts community starting to notice and give us recognition. It’s a great time in Columbus, a lot of projects happening and a lot of artists coming together, meeting each other, talking, seeing each other’s differences and each other’s likenesses. That’s a great thing. It’s uniting us. It’s been a bridge from one area to another.

Margaret: What albums/artists do you listen to while painting?
Rob: I like to start off with turnt up music, trap music. Travis Scott, Kanye West, 2 Chainz, Big Sean, Rick Ross. Then I like catching a nice mellow vibe with Sade. I like her music, it always feels like she’s talking directly to me. I also listen to a lot of classical music, Bach is super dope. I like Yo-Yo Ma’s renditions of Bach, there are a lot of classical guys that I like. Sometimes it’s no music, I listen to podcasts, too. Joe Budden podcast, podcasts about spirituality, peace and sneakers, I love listening to the latest fly kicks that are coming out.

Rob Williams’ solo exhibition I’m Just a F*ckin Artst is on view at Wild Goose Creative’s temporary location in 400 West Rich’s Bridge Gallery through Oct. 1. Viewing appointments are available by request, and you can view the show online here.