Roger Williams is Leaving a Legacy with Public Art Murals 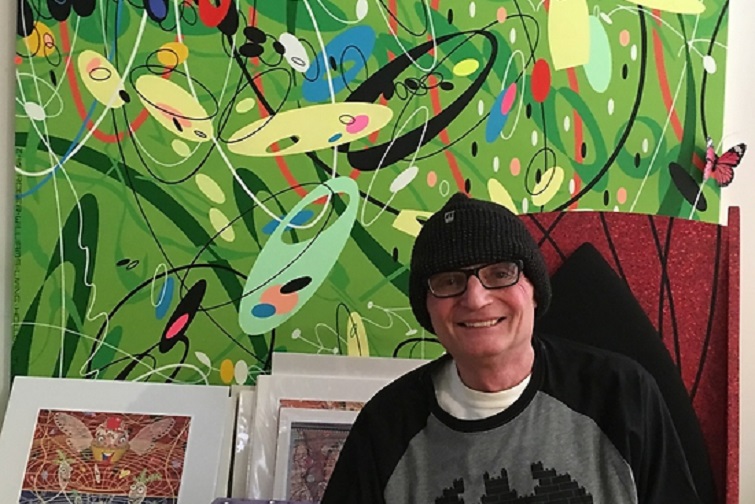 Summer Jam West Executive Director Patti Von Niessen chats up Roger Williams in his mind-blowing studio in Olde Towne East. Roger has murals installed all over Columbus, but his most epic mural (a 90-foot achievement) will be painted in June alongside the Camp Chase Trail on the Hilltop. The mural is part of Summer Jam West’s “Movin’ & Groovin” theme for their festival on July 8, 2017. Roger’s work is eye-popping, full of details, joy and hidden pop culture icons.

Patti: We know you used to live in New York City and work in the studios of Andy Warhol, Sol Lewitt and Jean Michel Basquiat. What did you do, whose studio did you enjoy the most and why?

Roger: It was more or less framing, sweeping up, restoration, delivery and monkey business. The most exciting studio was Jean Michel Basquiat. A lot of surprises, lots of mystery, always entertaining. He was generous. He’d give the shirt right off his back.

Patti: We think everyone should have a glimpse of the inside of your studio. It’s wall to wall energy in here. Can you tell us about it?

Roger: I came back from New York, I had glitter left over, a lot of experience and the eye on the prize. I designed my studio after the John Weber gallery and the Pace Gallery. It’s just the idea and not the money spent. Handmade furniture because you can’t afford the good stuff. From New York: Lighting is Everything. This is New York spirit. I call my art “Full Bore Chroma.” It’s very expensive paint, very bright. I used a lot of phosphorescent paint a lot of years ago and still do. This isn’t studio grade paint.

Patti: We can’t help but notice that your art is just a wee bit wild and crazy. How does that happen?

Roger: Everything is done in layers. I make my own French curves, I use tape and paint in layers to get the crispness of the lines. I project smaller images onto large canvases using my Epson. I’ve done a lot of lamps, built chairs, tables, even some kinetic art.

Patti: What inspired you to paint a 90-foot mural for Summer Jam West on the Hilltop?

Roger: I’m doing it for the same reason that Keith Haring put all the graffiti around Brooklyn and New York. He went outside the New York art system and politics to make his art public. I kind of want the notoriety. I guess I’m hoping for some trickle-down or trickle-up effect. I want to leave a legacy. Let’s make the Hilltop great again.

Roger will be painting his mural along the Camp Chase Trail on the Hilltop in June. It will be completed and visible for Summer Jam West, which takes place at Westgate Park on Saturday, July 8 from 11 a.m. to 7 p.m. Learn more about Roger and his art here. 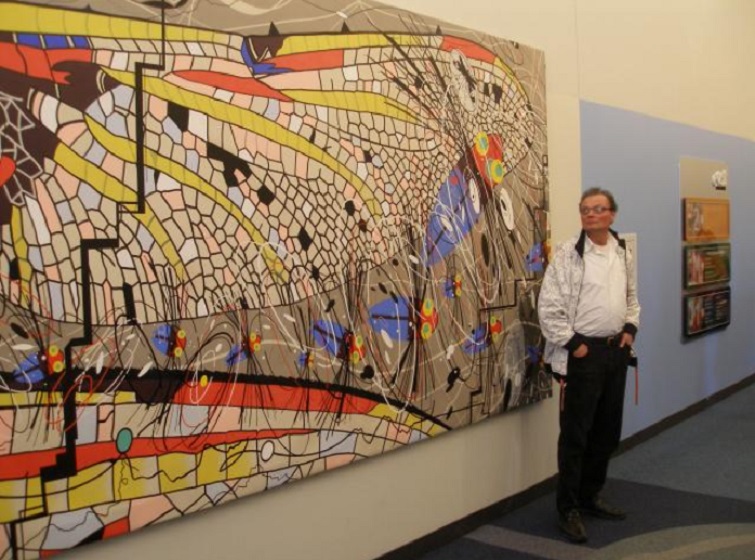 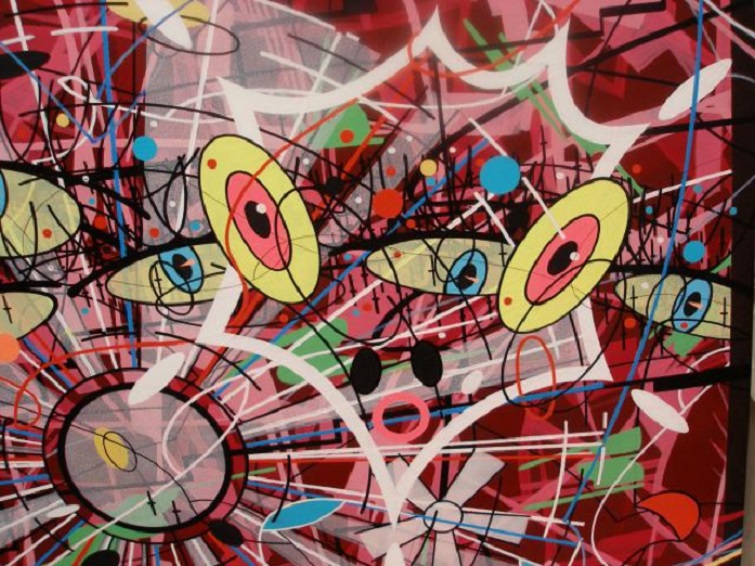 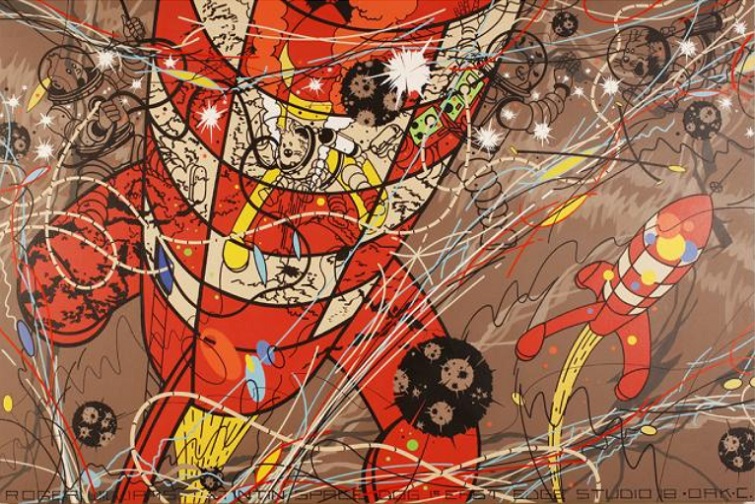 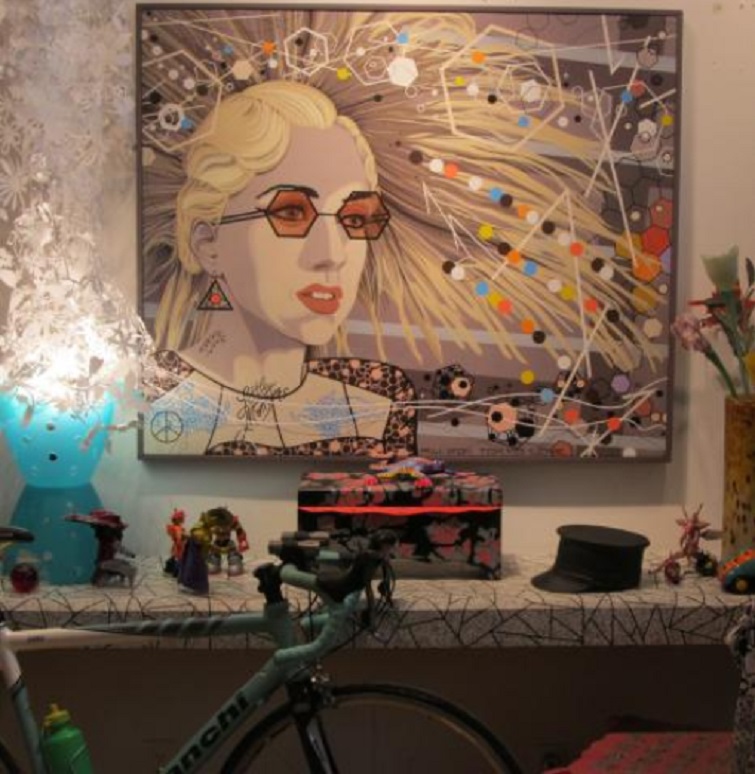