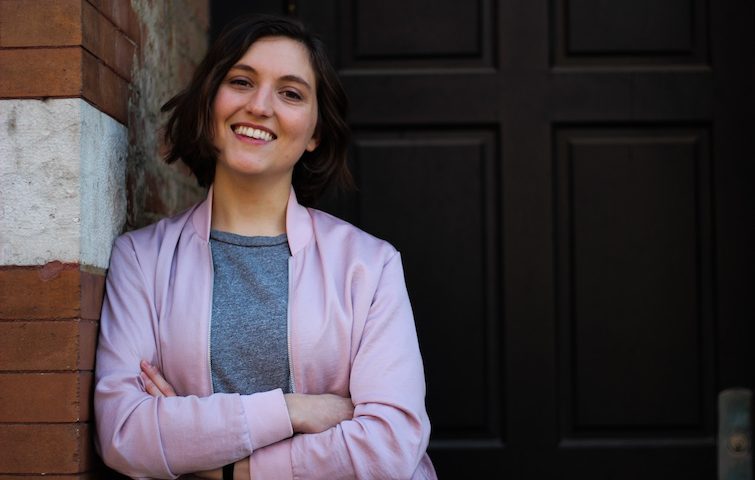 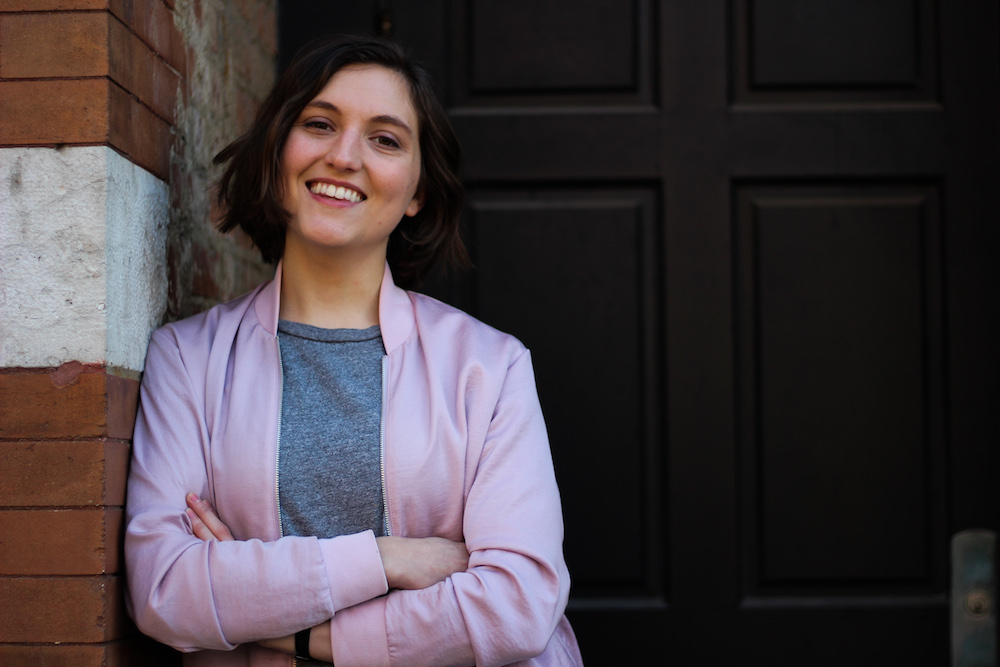 By Scott Vezdos, Director of Marketing & Development for Actors’ Theatre of Columbus

Actors’ Theatre of Columbus kicks off its 2020 season with OR, by American playwright Liz Duffy Adams. In this door-slamming Restoration-Era-style farce, former spy Aphra Behn tries to pen her first play — but with interruptions from a flirty actress, the king himself and a mysterious associate from her past, Aphra finds herself torn between love for her paramours, her country and her craft.

We sat down with director Rowan Winterwood in anticipation of the opening of ATC’s expanded season “Royals.” Rowan is a designer, technician, stage manager, director and occasional actor.

Scott: Describe your art and your creative process.
Rowan: When it comes to directing, I see my role as primarily collaborative. Everything starts with the text, but from there, it’s the actors’ expertise and interpretations that drive the process. We go line by line through every scene and make sure each person understands what they are saying and why; is the intention behind that kind or belittling? Honest or dishonest? What does it look like to lie kindly or tell the truth cruelly?

I also incorporate movement work into my rehearsals, pulling from the Laban method, which breaks down movement into categories — a character can move in a “sudden” or a “sustained” manner, and so on. I provide this tool to the actors and teach them the language for expressing movement in this way, then lead them to make appropriate choices for their characters.

Scott: How do you recharge and/or refine your artistic process?
Rowan: Each show I work on is so wildly different that it’s easy to stay engaged and make new discoveries every time. Because theater is so collaborative, the energy of each person in the cast and crew affects the whole process. As a director, I am always adapting my work based on input from the actors — so if an actor has particular movement training, I’ll lean on that and encourage them to work from that strength; or if an actor is having trouble making sense of a scene, I’ll ask questions or work in exercises that drive them closer to understanding. The unique background each actor brings informs how I lead the process.

Scott: How long have you been directing and what is the most important thing you’ve learned about yourself along the way?
Rowan: The first show I directed was in 2015 during my junior year at Wellesley College, and was the culmination of an independent study where I co-wrote a script with another student. It started out as a series of funny ideas and inside jokes that rapidly became a reality. It was very difficult for me at the time to feel anything other than anxious or embarrassed about my work, but because I was only half of the writing team and there was an excited cast waiting to be directed, I had to put aside my own insecurities and take pride in my work. If I couldn’t stand behind the script as writer and director, then I could never expect a cast to believe it, let alone expect an audience to sit through it. I was incredibly lucky that I had a cast who loved the script and who trusted me as a director, and when I came out the other side of the process I had gained a real confidence in myself and in my work — and an ability to fake it when needed.

Scott: Describe the difference between acting and directing, and do you have a preference?
Rowan: As an actor, you’re focused in on your own role (or roles), and your job is to make the story come alive through the way you control your body and voice. As a director, you need to see the whole picture and understand how everything fits together, then anticipate how an audience will absorb everything that happens on stage, and guide the actors in making the choices that best serve the production. But I do think every director approaches the job very differently, and you’ll get some who are primarily actors and bring that into their work, and others who rarely or never act. In a conversation with playwright Sarah Ruhl, director Les Waters compares directing to archaeology: “I think it’s about finding out the invisible, buried structure of a thing. And if you are me, after you find the structure, you erase it.”

Scott: What production or role are you most proud of?
Rowan: This is the production I’m most proud of. It’s been a while since I last directed, and it’s exciting to be back at the helm with other experience under my belt —  stage managing for Actors’ Theatre, designing lights at Columbus Performing Arts Center, and talking to theater professionals throughout the city, which have all given me an enormous amount of perspective and confidence, and enabled me to trust myself more than I have before.

Scott: What’s the best advice you’ve been given?
Rowan: When I directed in college, a friend recommended Frank Hauser and Russell Reich’s Notes on Directing, which is a book of brief observations and lessons and has been crucial in building my style of directing. I think the most valuable bit of advice I pulled from it this time is #15: You are the obstetrician. “You are not the parent of this child we call the play. You are present at its birth for clinical reasons, like a doctor or a midwife. Your job most of the time is simply to do no harm. When something does go wrong, however, your awareness that something is awry — and your clinical intervention to correct it — can determine whether the child will thrive or suffer, live or die.”

Scott: What’s the best advice you feel you can give?
Rowan: Embrace what you know and admit what you don’t. It’s taken me a long time to build confidence in myself and my art, and I often have to remind myself that I have earned the respect of my colleagues for a reason. But I also know where my experience is lacking, and it’s much easier to readily admit ignorance and ask for help than to try to pretend I know something I don’t.

Scott: Describe one of your favorite moments working with Actors’ Theatre.
Rowan: I first started working with Actors’ Theatre in 2015, running the sound board while home from college over the summer. After graduation, I lived in Boston for a couple of years and then moved back to Columbus in the summer of 2018 and reached out to the company, thinking I could maybe help on crew for a night or two to fill my time while job searching. I was welcomed back immediately and enthusiastically, and within weeks was offered opportunities to stage manage readings for The Shakespeare Underground, then direct a staged reading, then join the ensemble and then stage manage a mainstage show. I was absolutely floored by the encouragement I received. Hearing that I had been missed and then being given chances to prove myself and build my skills rapidly built my confidence, and in conjunction with other opportunities that arose meant that I was able to make theater my primary, full-time job.