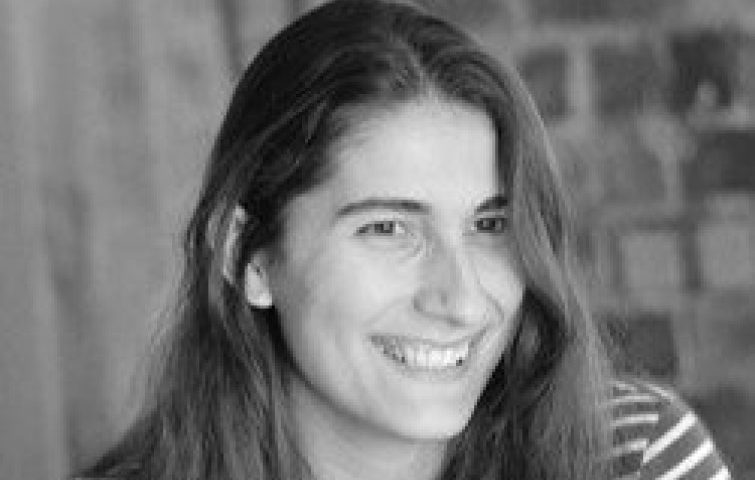 by Scott Vezdos, Director of Marketing & Development for Actors’ Theatre of Columbus

Actors’ Theatre’s newest Shakespeare Underground production, The Drunken Underground, is a time to make merry and tackle some of the Bard’s greatest works with a little liquid courage. Actors and audience can enjoy the alchemy of Shakespeare and Pretentious Barrel House’s craft beers in a bit of a live radio environment. TDU is just the thing to lift the spirit(s) as a handful of actors perform a live reading of Shakespeare’s classic plays while imbibing some of Columbus’s best brew. It’s a fun, unpredictable way to make Shakespeare saucy again!

We sat down with director Sara Bodde in anticipation of The Drunken Underground series debut of Hamlet. Sara is a stage manager, director, producer and actor and is starting her third season working with Actors’ Theatre of Columbus. Through the company she has been able to challenge her creativity including stage managing for The Tempest in 2017, acting as production assistant during the 2018 summer season and trying her hand at directing a recent Shakespeare Underground staged reading of Ram-Alley: Or Merry Tricks.

Scott: Describe your art and your creative process.
Sara: I am a theater junkie. I have worn many hats including stage manager, board operator, director, producer and even actor. I thrive behind the scenes trying to manage the chaos that is live theater. Whenever I asked to be a part of a show, whether as an actor or behind the scenes, the first thing I do is listen to a read-through of the script. Listening to the show not only helps me understand the lines but also how the actors need to interact with each other and the emotional feel of the scene. It gives me a foundation for what the show can become. From there I begin building the character or the story into my own.

Scott: How do you recharge and/or refine your artistic process?
Sara: I like crafting to recharge. It keeps my hands busy while requiring little mental workload. Sewing is a big outlet for me. Cutting and piecing fabric is very relaxing.

Scott: How long have you been acting and what is the most important thing you’ve learned about yourself along the way?
Sara: I started acting since I could walk and talk at the same time. My sister and I entertained the family with our numerous shows during every holiday and they have the home videos to prove it. It was not until college that I really got into the technical side of theater, which I fell in love with the moment I had the chance to call my first show.

I have always been drawn to the challenge of live theater. There are so many moving parts and so many people that have to work together to make a show work and look effortless to the audience. With so many moving parts something is bound to go wrong. I had to learn to let go of mistakes made in the past in order to stay in the moment. If you are fixated on the past you are more likely to make more mistakes in the present. Learn from it, let it go and move on.

Scott: What role are you most proud of?
Sara: I had the chance to play Van’s Sister in Dog Sees God. It was my first show back on stage after years of being behind the scenes. The character is only in one scene, but that allowed me to really focus on my character and make every moment she was onstage count. It was a unique challenge that I was glad to have had the chance to take on.

Scott: What’s the best advice you’ve been given?
Sara: “We may want to crawl, but we’ve been taught how to fly. So I shall spread my wings and say goodbye.” I actually found this quote written on the back wall of a theater I was working in and it stuck with me. Even when you have all the tools to be successful, it is easy to stay on the ground in your comfort zone. It is up to you to choose to step out of that comfort zone and make that leap.

Scott: What’s the best advice you feel you can give?
Sara: You are the only person you are stuck with for your whole life. Who would you rather be stuck with – your harshest critic or your loudest cheerleader? We are trained not to be selfish and to put other needs before our own, but I think sometimes it’s okay to think of yourself first. It is healthy to make decisions that help your own physical, mental and emotional health. By being a better person to yourself you can be a better person for others.

Bonus piece of advice for those actors out there: be nice to your technicians. They are there before you and will be there when you leave, they have the ear of the director and producer, and they control the lights and sound. Don’t piss them off.

Scott: Describe one of your favorite moments working with Actors’ Theatre.
Sara: The very first show I ever worked with Actors’ Theatre was stage managing their first Shakespeare 24 show and it was madness. Everyone was running in a thousand different directions. We were at least an hour behind schedule at all times. However, somehow through the chaos, we all had so much fun. That’s when I knew I had found a great group of people who loved theater.

Catch Sara in the director’s chair for a drunken adaptation of William Shakespeare’s Hamlet, Jan. 10 at Pretentious Barrel House (745 Taylor Ave.). Hamlet, a tale filled with death, vengeance and a decent into madness, is one of Shakespeare’s most popular tragedies. After returning to Denmark to discover his father has been murdered, Hamlet seeks revenge on the murderer, the new king of Denmark, his uncle Claudius. The Tragedy of Hamlet, Prince of Denmarkis still one of Shakespeare’s most influential works and regularly performed even today, although usually sober. Full show information available at www.theactorstheatre.org.