Sara Mitchell Empowers Women in the City She Loves 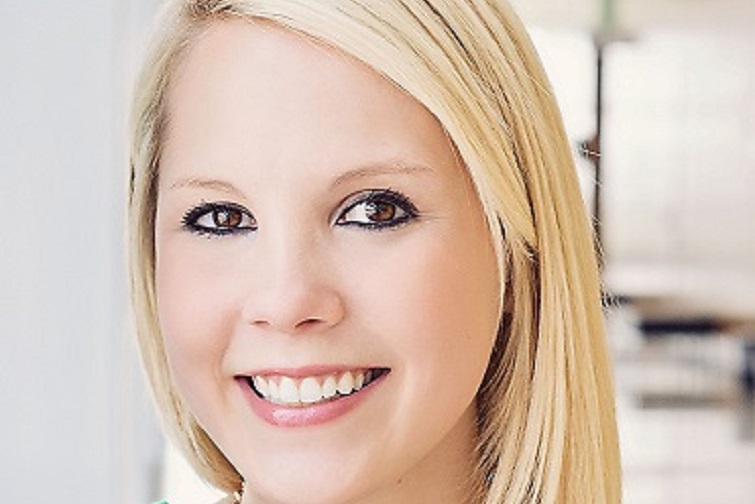 Sara Mitchell is the Communications and Engagement Manager for The Women’s Fund of Central Ohio. Mitchell got her start attending events hosted by the women’s club and becoming invested in their message. “While I was in the audience it really connected with me and I thought ‘I want to work for them.'” She reached out to the CEO, Nichole Dunn, who quickly became her mentor. Through her work with the Women’s Fund, Mitchell has seen the impact women can have and the opportunity they have in the community. “Women pay into the family which affects families which affects children, so there’s a huge ripple effect.” Working from inside the organization is a method of support and communication that is key to their success as a nonprofit. “Celebrating instead of competing makes all the difference.”

What would you say about your neighborhood? What makes it stand out for you?
I am currently in Grandview, but have lived all around Columbus – Clintonville, Short North, Upper Arlington, and German Village. Growing up in this city, I started to take Columbus for granted until I moved away for school and came back with new perspective. This is a thriving community with so much to offer. Grandview in particular has an immense feeling of being connected. Whether it’s a work night or a weekend there are always people out and something to do. It’s a great bubble to be in. For my coffee dependency I am within walking distance of Grandview Grind and Stauf’s which always offer good caffeine and people watching. I joke about it (and it’s true), with all the food options you never have to leave Grandview! Of course beyond coffee and food, Grandview has amazing local businesses to check out. Objects for the Home is definitely my happy place. Simply put, whether I am going out or just walking the dog this neighborhood always feels welcoming and comfortable to me.

What other neighborhoods do you frequent and what would you say about them?
It’s hard to capture the feeling of the Short North. No matter how often you’re there it’s an adventure. There’s literally something going on every day – whether it’s a festival, Gallery Hop, or street artist. I could spend every Saturday just window shopping and exploring. I would start at Goodale Park and just wander until I landed at one of my favorite restaurants or stores. How can you not love a place that has a Board Game themed bar, Big Fun toy shop, and endless patios all on the same street? And German Village! I fell in love with German Village for two reasons – The Book Loft and Katzinger’s Deli. I was probably four years old the first time at each and I have been going back ever since. My family goes to Katzinger’s every Christmas Eve for my father’s birthday. And a trip to German Village isn’t complete without getting lost in the Book Loft (which has happened to me more times than I can count).

Favorite event in Columbus:
There are so many to choose from, I almost feel like I should go by season… I will just do 2! Keyholder – Yes this is the Women’s Fund’s big event each year so it may sound bias, but this event is the reason I fell back in love with Columbus in 2010. As a guest I attended the Goldie Hawn Keyholder event and was hooked. I knew I had to get more involved, learn more, and that’s exactly what I did. Now, working for the Women’s Fund, I continue to become more captivated with every Keyholder. I know if/ when I work elsewhere this will be an event I always mark on my calendar. It represents a lot for me personally and never fails to reinvigorate passion in me. In the winter I would say Columbus Zoo Wildlights. They make everyone feel like a kid again. Even when it’s freezing and slushy everywhere it’s the best escape back to childhood. I don’t think it feels like the holidays until I go there.

If you could have been the inventor of something, what would it be?
I would like to invent something that helps us all connect to each other more. And I don’t mean through status updates or emails. I want a device that helps all us hear each other, listen, and communicate. Perhaps it would be as simple as an app that forces people to unplug. Just for an hour… or five minutes. I think a lot gets missed when you don’t sit with those around you and honestly hear them. Turn off your phone, don’t send the e-mail, pause for second and go to the person instead. A lot gets done when we go back to basics and speak directly. I would probably call it – “Reality!” Such a crazy invention!

What inspires you?
People. There’s a quote that says you are the average of the 5 people you spend the most time with, I really believe this and try to be around the people I feel the most encouraged and motivated by. I feel the best when I am being pushed to be a better person, which happens when you surround yourself with people that inspire you. The people that I have looked up to and want to emulate are those I spend my time with, and I feel fortunate to have those individuals in my life.

Pastimes:
– Spending time with friends and family- especially in the summer outside just talking and enjoying their company.
– Walking my dog, Pru (Prudence). She’s a springer with a lot of energy so any walk feels more like a mix of a jog and a run.
– Reading.
– Writing. While I do this in my daily work I also try to make time to blog and write when I can.
– Volunteering. I love to connect with people who share similar passions and I think the best way to do this is by also giving back. Through my work at The Women’s Fund I have been able to get to know some amazing organizations throughout Columbus like Amethyst and Girls on the Run. All of our Grant Partners are doing phenomenal work for women and girls, and getting to o to their events never feels like work. Nellie’s Catwalk 4 Kids has a special place in my heart. Nellie is a friend, and so much to this community, what she has created is uplifting and life changing to the families she works with.