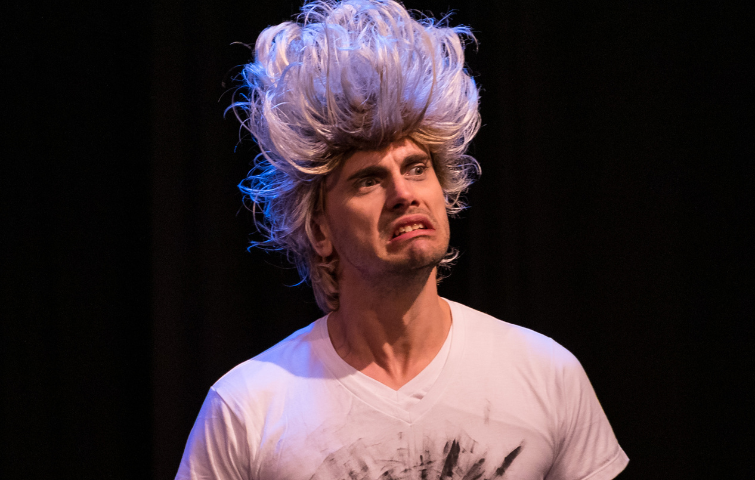 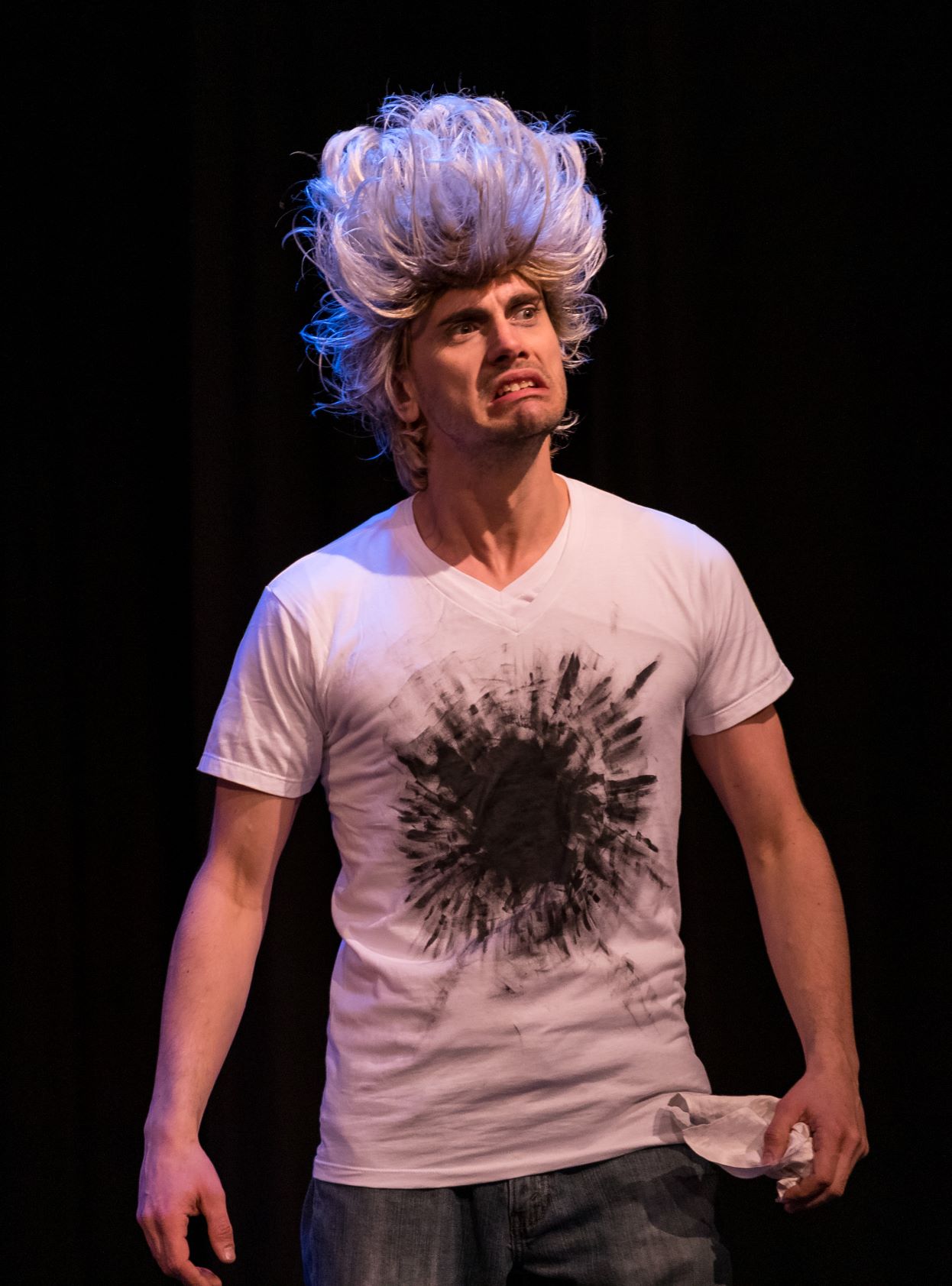 Jamie Barrow is a metaperformer at the Columbus performing arts company Shadowbox Live, where he also works in the kitchen, helps in the box office and serves as a member of the writing team. Jamie began his tenure at Shadowbox as soon as he graduated high school and has been with the company for nearly 17 years. You can see Jamie as Clyde Barrow in No Return: The Deadly Dance of Bonnie and Clyde at Shadowbox Live Jan. 19 through Feb. 26.

Lydia: How did you get started in the arts?
Jamie: When I was in high school, I took a theater class and whoever was part of the current school production would rehearse at the back of the room. One day, I started to mockingly sing a song my classmate was rehearsing making fun of him. My teacher caught me and punished me by making me take vocal and acting classes—he realized I had talent before I did. It changed everything. After that, there were no other subjects that interested me.

Lydia: What led you to Shadowbox Live?
Jamie: I was in my career center class for theater at Fort Hayes and they decided to do a student-funded field trip to Shadowbox back when it was at Easton. I had never heard of Shadowbox—I had no idea what it was—but I remember everything from that first show I saw. I graduated three months later and just kept calling them until they gave me an audition. Now I’m coming up on 17 years with the company. 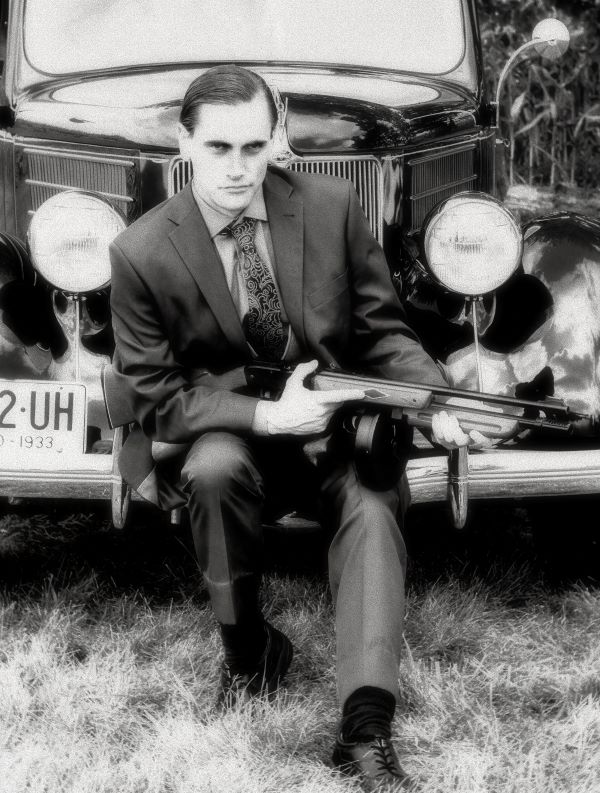 Lydia: What is something you wish you knew as a performer just starting out?
Jamie: I wish I would have known that it’s okay to make a mistake. When I first started out, I was so hard on myself, but I slowly learned that it was the mistakes that actually made me better.

Lydia: What has been your most meaningful artistic accomplishment?
Jamie: Comedy writing. I have always enjoyed writing, but Shadowbox has allowed me to level up. Whenever I’m rehearsing, I am always throwing lines out there when things aren’t meshing well. If you never shut up, you’re bound to eventually say something good. It took years of doing that, but now enhancing moments and lines has become second nature.

Lydia: If you could only watch one movie for the rest of your life, what would it be?
Jamie: “Who Framed Rodger Rabbit.” I watched it almost every day until I was five or six years old. It has everything—comedy, real sadness, touching moments, and of course, Christopher Lloyd. 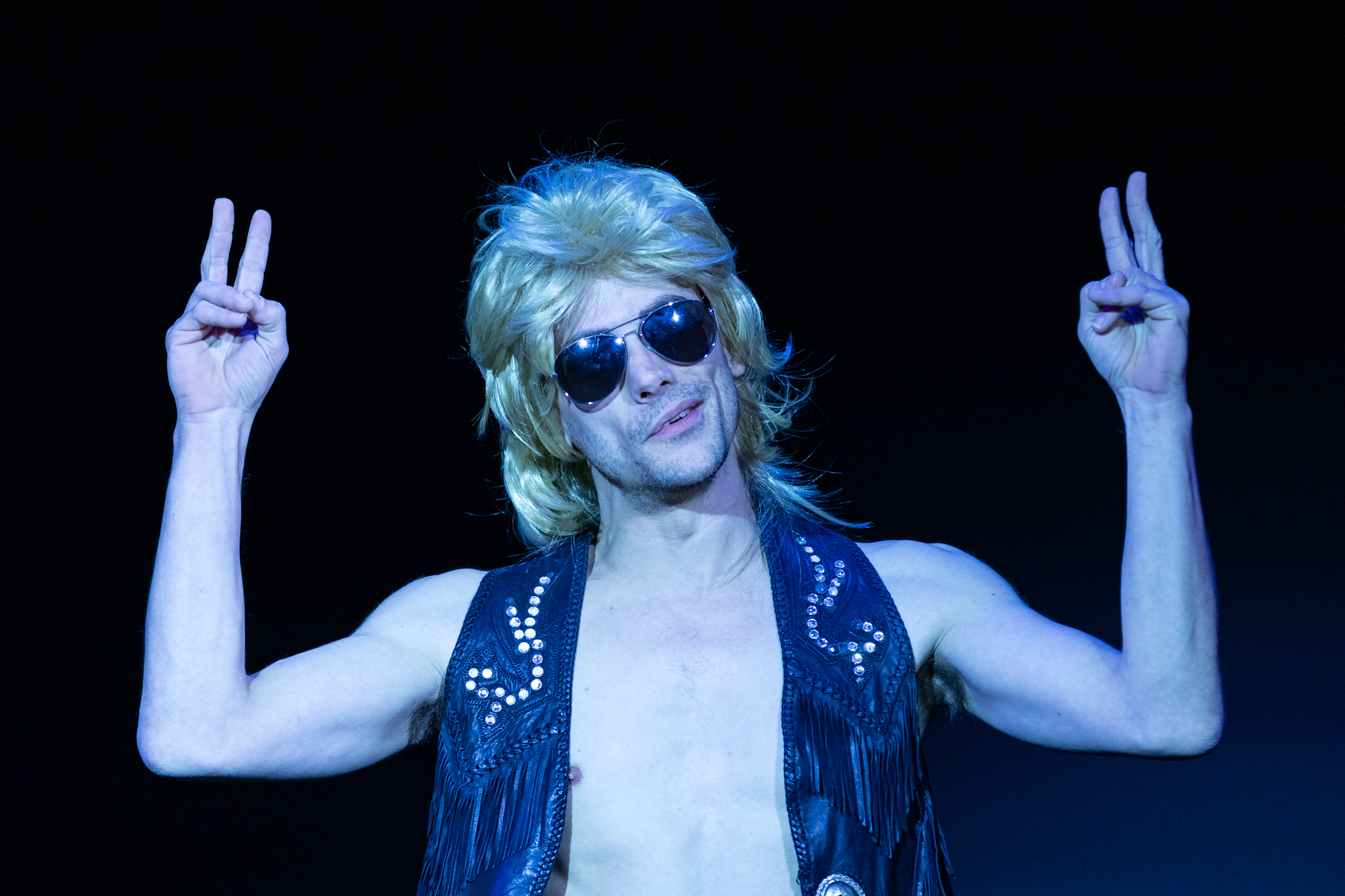 Lydia: Your upcoming production is No Return: The Deadly Dance of Bonnie and Clyde. What does this show mean to you?
Jamie: In 1999, at my father’s funeral, I learned that I am related to Clyde Barrow. A lot of my family passed away and growing up I didn’t know much about my family. Playing the role of Clyde Barrow in this production has allowed me to learn more about my family than I ever knew before. It feels like I can take ownership of them now and recognize my family history.

Lydia: What’s the best thing about the Columbus art scene right now?
Jamie: In some instances, it almost feels as if there wasn’t a pandemic. A lot of the art I am seeing in town is thriving, and after everything we went through, it didn’t look like that was going to happen again. Our community has really pulled together and hasn’t allowed the last couple of years to completely derail us.

See Jamie as Clyde Barrow in No Return: The Deadly Dance of Bonnie and Clyde at Shadowbox Live in the Brewery District, Jan. 19 through Feb. 26. Tickets can be purchased at shadowboxlive.org.