Sherri Palmer Works to Improve the Beauty of Columbus Communities 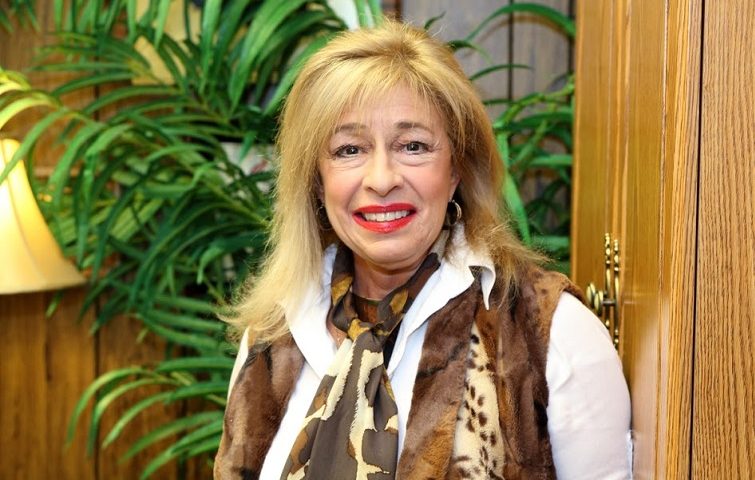 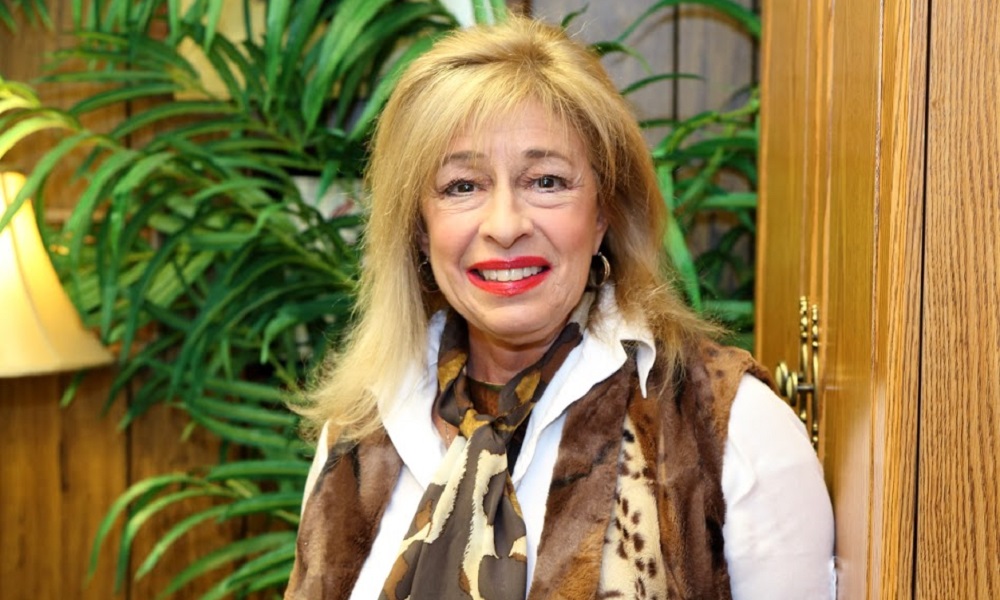 For the past 38 years, Sherri Palmer’s drive and motivation to improve the communities of Columbus have shaped her passion for everything beautiful. Many public sector jobs are strict, offering few areas for creativity. Sherri, however, has found one that opens new doors everyday to change the behavior and perception within Columbus for the better. This year marks the tenth anniversary of KickButt Columbus, a citywide clean-up program that she and her team at Keep Columbus Beautiful created and have worked tirelessly to perfect – with the help of 500 volunteers – to help beautify city highway ramps and surrounding areas while bringing people closer together. As Sherri says, “KickButt is where you might pick up trash with a media anchor, a CEO, an elected official, or the OSU football coach’s wife!” Sherri’s programs fit perfectly into any community and they are always looking for the next problem to fix. Volunteers are welcome and encouraged, and it is one of the most direct ways to help clean-up city neighborhoods and communities. Beautiful never fades and has many definitions and meanings, but Sherri Palmer is constantly maintaining Columbus’ beauty.

Are you originally from Columbus?
I’ve been a resident of Columbus since 1980 – for 38 years! I’m originally from South Euclid, an eastern suburb of Cleveland. I moved to the state capital after BGSU’s Adult Literacy 3 county program “Right to Read” did not have federal funding renewed. Many of my college sorority sisters located in Columbus and suggested I seek a new life here. It has been a whirlwind journey.

Tell us about your role at Keep Columbus Beautiful:
This position has been a custom fit, utilizing my experiences with media, marketing event planning, fundraising and volunteers. It’s a hybrid program within government that falls also under a national not-for-profit and the added bonus of hitting two issues I personally care about: litter and beautification. Most of my professional experience did not have a substantial budget. So once again Keep Columbus Beautiful gave me the opportunity to become a visionary, building collaborative partnerships and locating funding to improve communities. I had never written a grant until this program and now am proficient after 11 years. Very much like Buy Ohio and the people who made the products, Keep Columbus Beautiful is about people and their neighborhoods. Every day in this job a new door opens to help change behavior and perception within our city. I also manage two award-winning programs: KickButt Columbus and Plant Pride on Parsons. KickButt Columbus is now in its tenth year, with a loyal following of people who come out to clean up highway ramps after winter thaw. Plant Pride on Parsons was able to play a role in the start of the revitalization of the South Side. And that program, and the wonderful people I worked with in the community, led me to buy my first home and move to the South Side.

Who else is on your team and how have they helped you through the years?
Our program has always been small. Jim Robinson, now deceased, was a guru at building relationships, bringing the Blue Jackets, the Clippers and the Columbus Crew to KCB. Stacy Law, Education Coordinator for 22 years (now retired) played every role at Keep Columbus Beautiful. And last but not least Robert “Bob” Seed is the community face. His ability to listen and work with every neighborhood person is beyond compare.

The planning committee of KickButt Columbus is a family of leaders who never waiver in their ability to plan and give to make this event both safe and successful. Pat Lynch of Peabody Landscape came to the city with the idea of this community clean-up. He brought out landscapers and their trucks to pick up the collected trash. Patrick Affourtit developed the Green Carpet, a team photo shoot, and produced promotional videos. Robbie Banks handles all social media. Conni Hale “Momma Green” brings in real estate groups. The amazing Scott Heimlich, Past President of CORA, helps feed 600 people and created our partnership with Papa John’s Pizza. The CYP Club keeps the event upbeat, making sure we have a diverse mix of young people involved as well. KickButt is where you might pick up trash with a media anchor, a CEO, an elected official, or the OSU football coach’s wife!

What is KickButt Columbus and how can someone get more involved?
KickButt is the city’s premier community clean up event and launches the litter abatement season by targeting highway ramps; the gateways into Columbus neighborhoods. Volunteers bring teams and adopt ramp sites to clean. We provide music, food, T-shirts and all the abatement equipment. The 2018 event – the 10th anniversary – still needs about 200 volunteers to fill all the ramp sites. The event is Saturday, March 24th from 9:00am-2:00pm beginning at Wolfe Park. Volunteers may register online for a ramp at www.kickbuttcolumbus.eventbrite.com!

Since this is the 10th anniversary of KickButt Columbus, what can we expect on March 24th?
Some fun music, special recognition of the planners, memorabilia items on display, commemorative T-shirts, the Golden AshTray Award, and CAKE!

Can you give us a few of your fondest memories of the clean-up over the past decade?
My favorite was seeing Mayor Michael Coleman lead elected officials in the electric slide! Second was having Shelley Meyer lead 600 volunteers in aerobics. And remembering TV anchor and friend Mike Bowersock and his two sons and daughter coming out every year. The most fun was seeing self-proclaimed litter queen JoAnn St. Clair come back covered in dirt after trekking, or rather, rolling down a hill to capture that last piece of litter!

What advice has helped guide you in your career?
A book from Warren Tyler, a friend who recently passed away, gave me, A Peacock in the Land of Penguins, reassured me that not fitting into a mold and being creative is a good thing! Gina Vild, author with Sanjiv Chopra of The Two Most Important Days, managed as if her employees were family. And Carla Hoke of Right to Read was an example of commitment to a cause.

What do you do or where do you go to unwind?
I love the beach and the mountains, but these days there is no place like home with my two cats and spending time in my gardens.

What inspires you?
The possibility of getting something done that others see as impossible. The process of a project, planning, and connecting people and pieces to create a whole picture that equals the original vision.

When you were a kid, what did you say you wanted to be when you grew up?
I am not sure. Probably something like I hope I can be as good of a cook as my mom!

If you could have a superpower, which would you choose?
I loved the TV show Bewitched! Samantha’s ability to magically transform any situation at any time was inspiring.

What might someone be surprised to know about you?
That I have (and hate) natural curly hair.

What would your autobiography be called?
An Unexpected Life.

What are among the top places you’d recommend to someone who is visiting or new to Columbus?
The Book Loft, dinner at Lindey’s or Barcelona for amazing food and a pulse on the community, the Franklin Park Conservatory, The Ohio Theatre, OSU Stadium, the Columbus Zoo, and our many Parks; Goodale, Park of Roses, Audubon.

What’s the coolest thing about Columbus right now?
Housing. The huge array of choices for living, especially in the city and in urban core neighborhoods being revitalized, is wonderful.

What is one thing that you think Columbus needs (or wish Columbus had)?
I wish we had a monorail or a transit/train system like other big cities – Chicago, Cleveland, or DC.

If someone were to ask you what the “pulse” of Columbus is, what would you tell them?
Columbus is young at heart. As a city it has a youthful vitality that is not related to age. I would say it is willing to grow and change with the times.  It is a city that embraces new ideas and where everyone can play a role. It is developing its brand through the arts and food.