Spirits of the City: 10 of Columbus’ Most Haunted Places 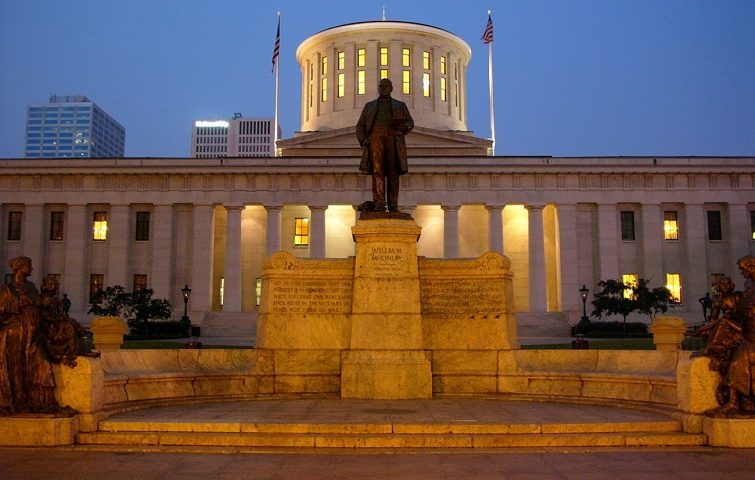 Whether you’re a believer or not, it’s always fun to hear a good ghost story this time of year, especially when they originate close to home. From historical houses to a cemetery, pub, and re-purposed military base, here are 10 of Columbus’ most notoriously haunted locations, and the ghost stories that have given them life for centuries. 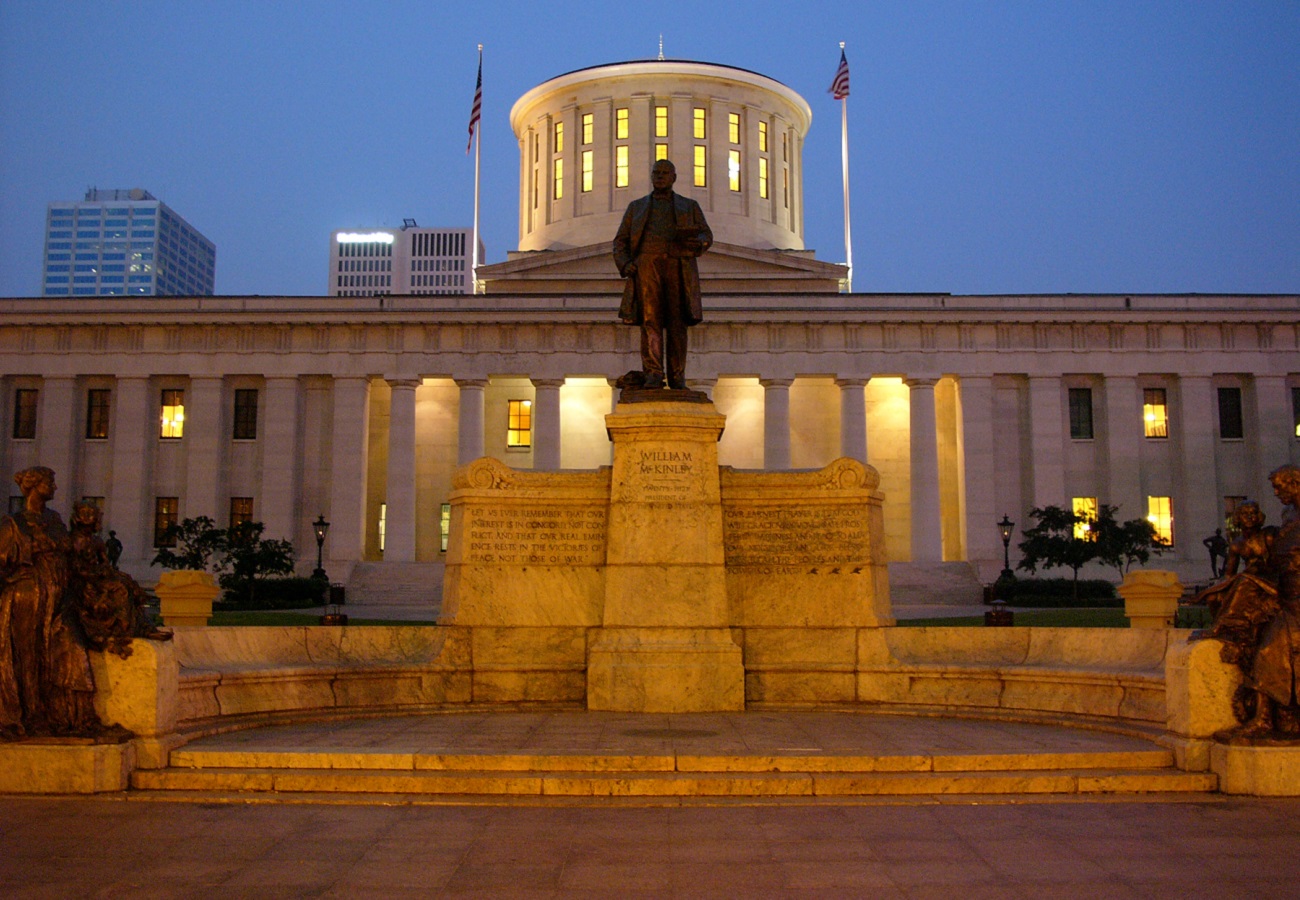 The historical Ohio Statehouse is so notorious for its haunts that it has its own ghost tours during Halloween season. Built in what was once a Civil War hospital using prison labor, its paranormal entities include passed soldiers, prisoners that died on-site during construction, a weeping “Lady in Grey,” and former lawmakers, including a Tom Bateman, who is said to cause flickering lights and cold air every day at 5pm in what was once his office. The most famous ghost of this site, however, is that of Abraham Lincoln, who has been reported in sightings for over 100 years, often in a dance with former governor Salmon Chase’s daughter, Kate. 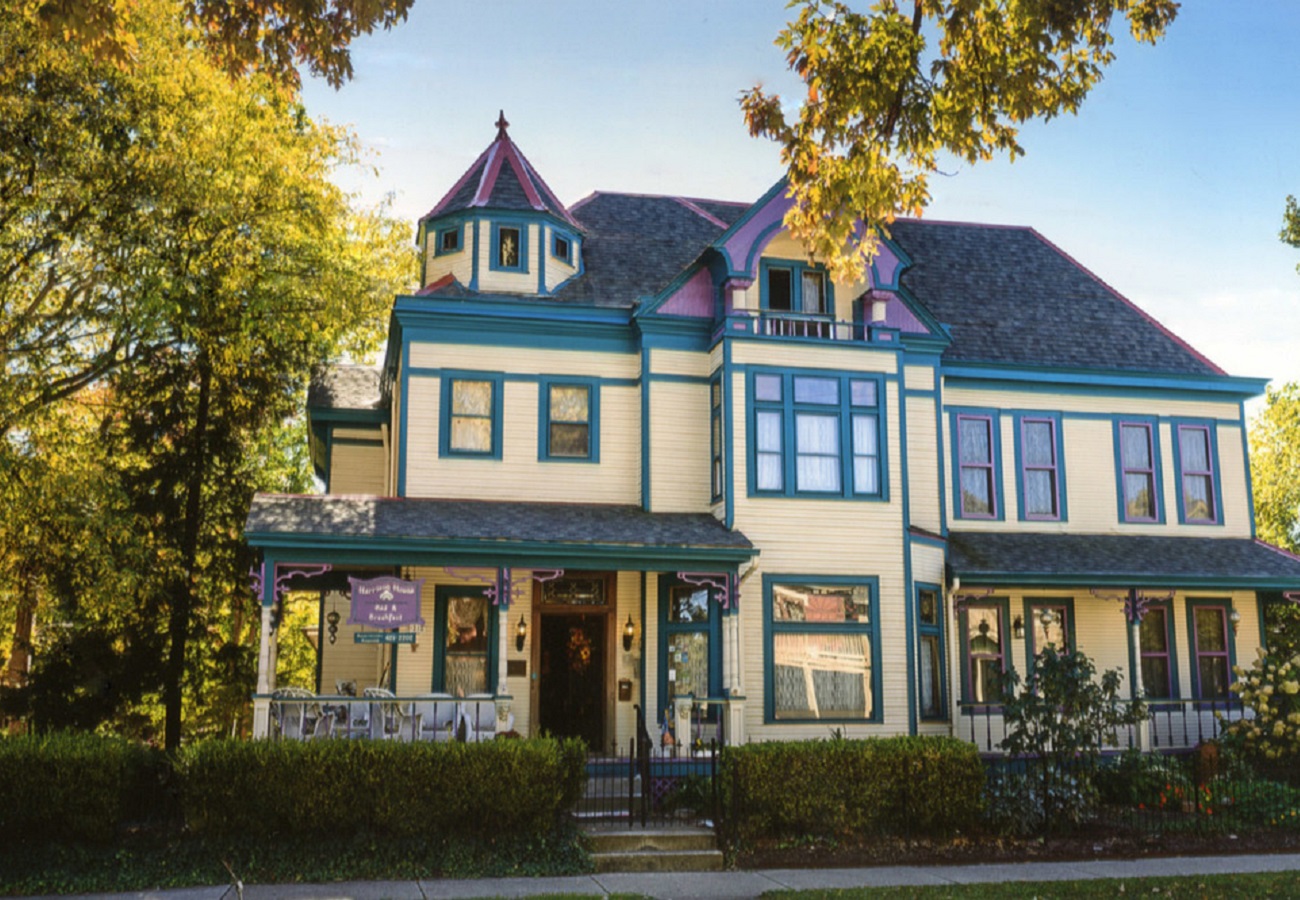 Located in the historical Victorian Village is the visually stunning 3-story Harrison House, which currently operates as a bed & breakfast. Throughout the history of the home, many residents have come and gone at a high turnover rate, possibly because of the home’s reported hauntings. In addition to disappearing items, unexplained sounds & smells, doors that open on their own, and body-shaped indentations on empty beds, encounters have also included regular apparition sightings. These include a young boy, a cigarette-smoking old man, a matriarchal figure, and more who seem to be “just visiting.” These sightings have led some to believe the home operates as some sort of “hub” or “portal” to the spiritual world. 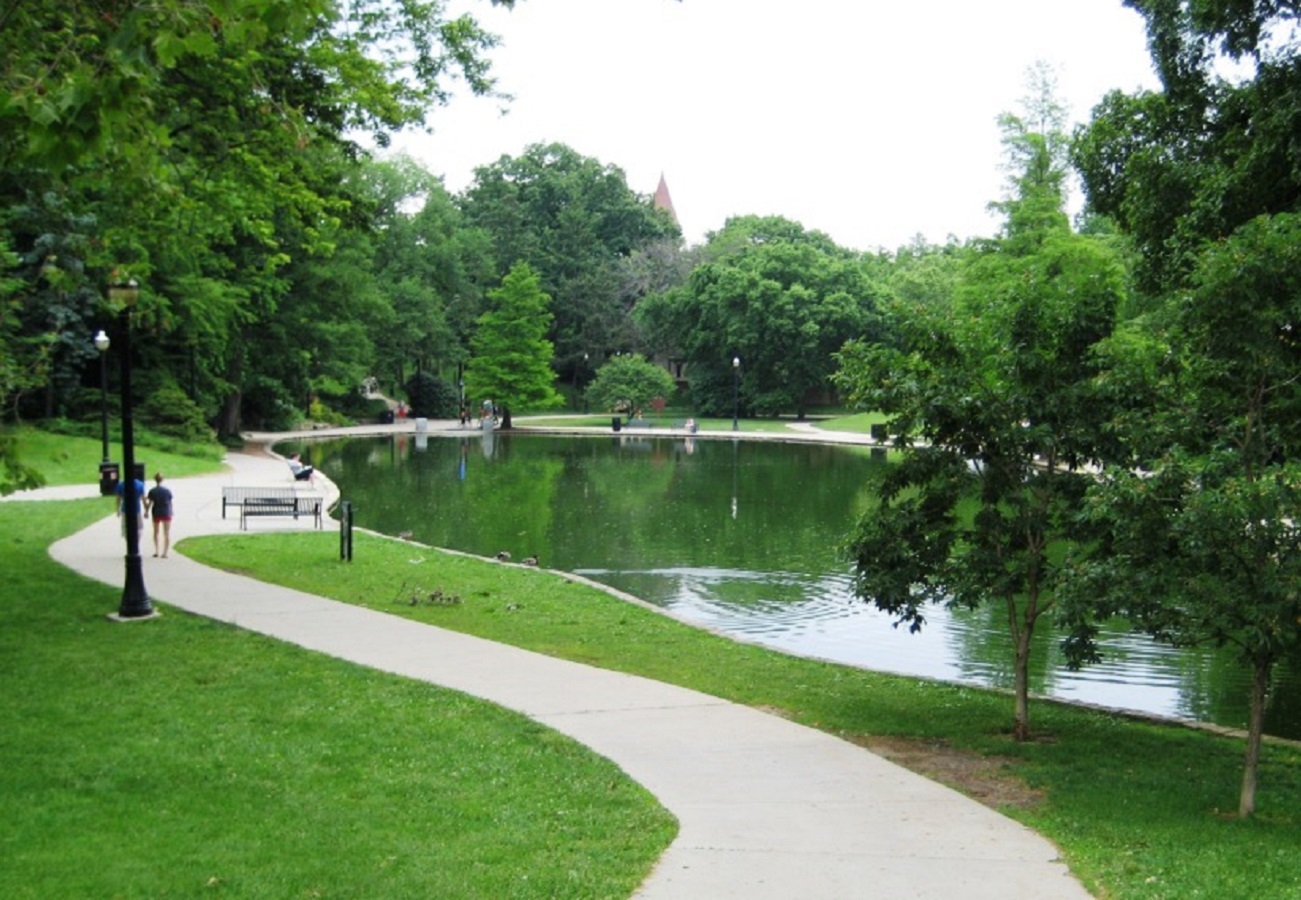 Nestled in the heart of the Ohio State University’s Oval, Mirror Lake is a popular haunt for both current students and a few spirits of those passed. There are several particular entities known to linger at the site, one known as the “Lady of the Lake,” the widowed wife an OSU professor who has been seen gliding across the water during late night and early morning hours. Other spirits include a student who drowned there in the 1960s and is said to still be heard screaming and splashing in the water, and a jogger who was killed near the area, and can reportedly still be seen running while looking over his shoulder and creating a cold breeze as he passes. 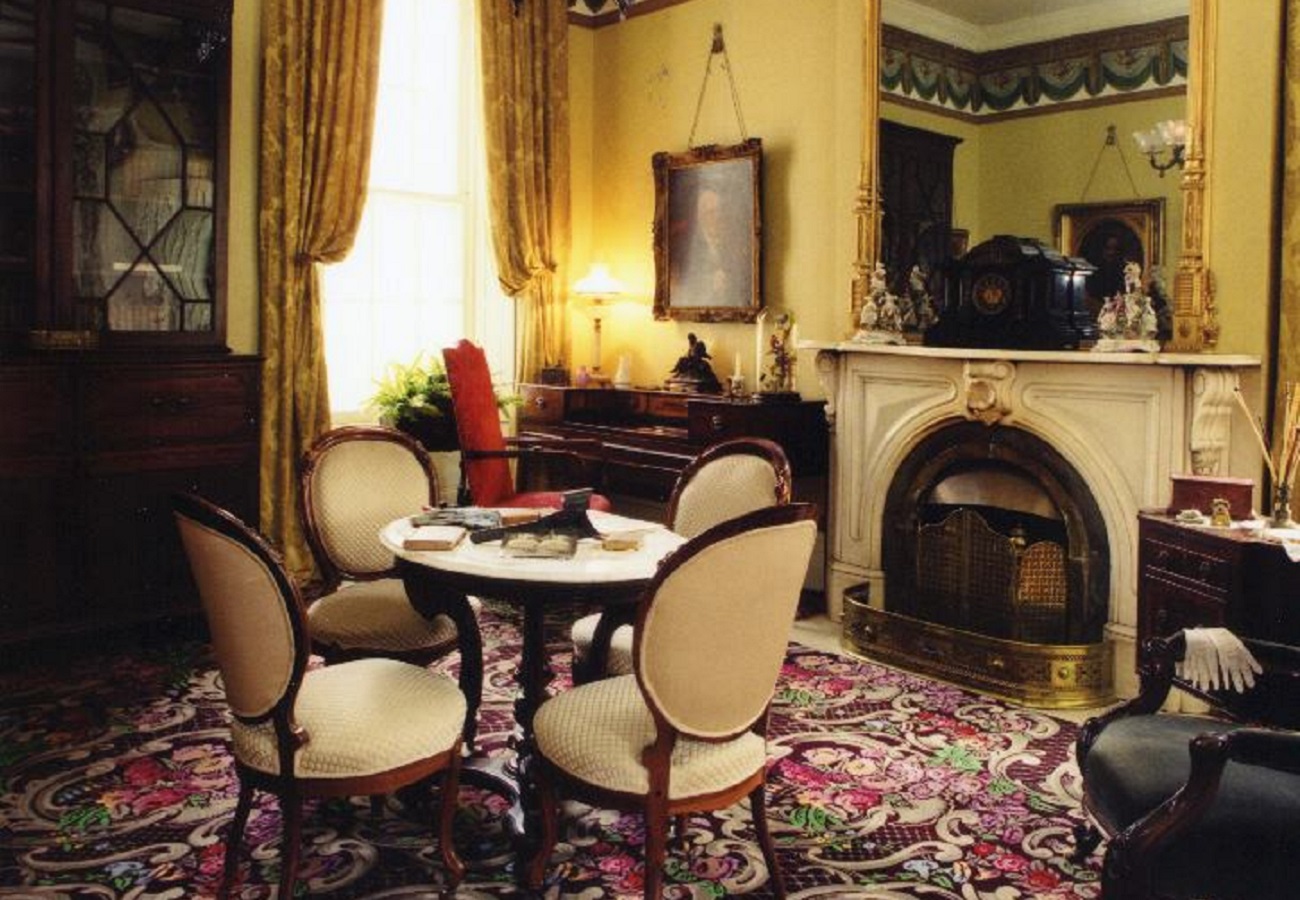 The Discovery District’s Kelton House Museum & Garden was once inhabited by the active abolitionist Kelton family, who made the home an Underground Railroad stop in the 1800s. It is said that several members of the Kelton family still haunt the home, with frequent reports of apparitions in the form of multiple family members, unexplained voices & whispers, disappearing items, and re-arranged furniture. 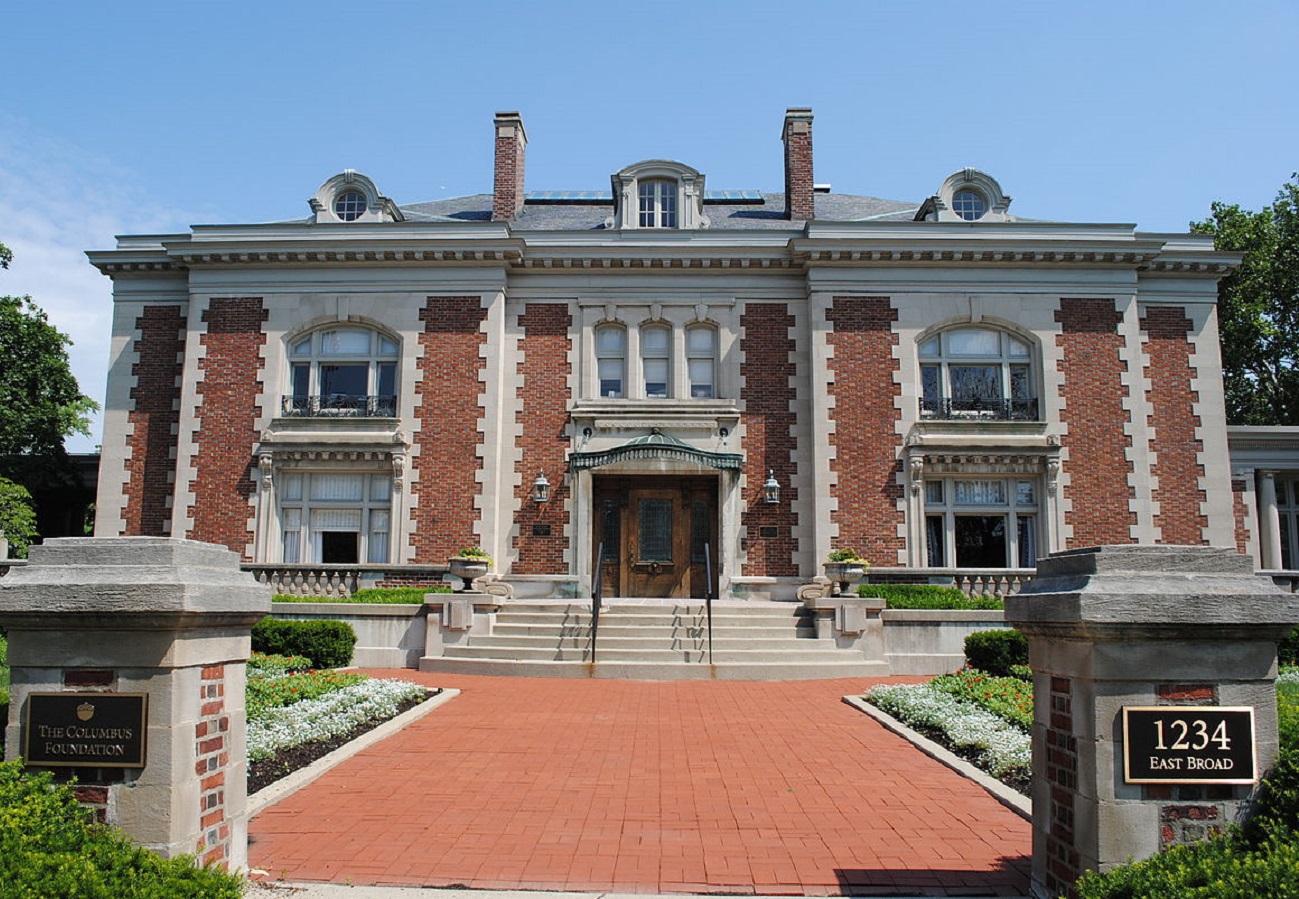 Built in the early 1900s, the Ohio Governor’s mansion is the official state residence for every state governor. The home has received a great deal of renovation in past years, yet through the changes, is still said to be home to the spirit of an African American woman thought to have been a servant of the home who had an unfortunate accident involving fire. Reports include the frequent scent of smoke & burning hair in the air, sightings of the woman in multiple rooms, and even instances where she’s spoken to staff members. 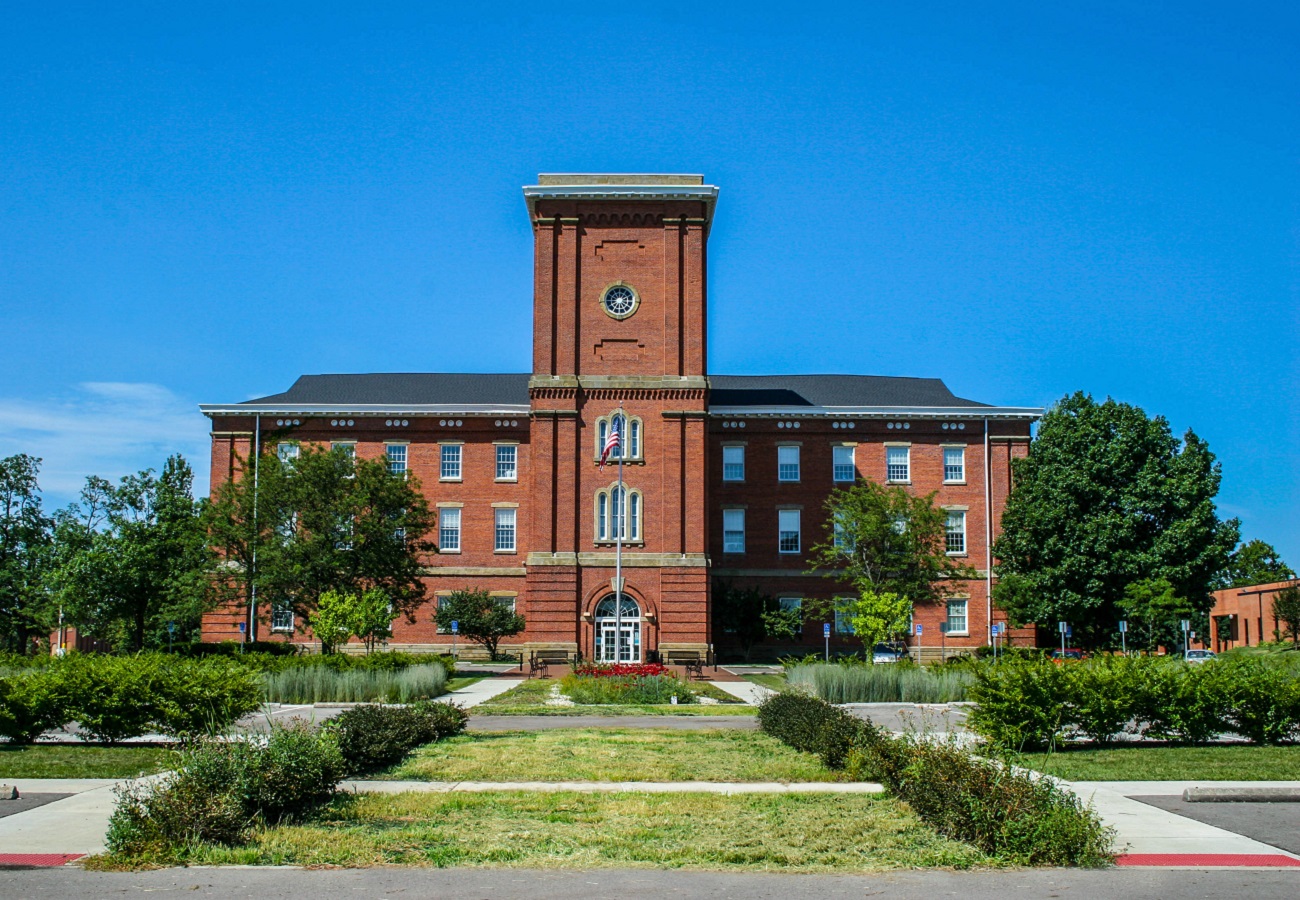 Now operating as an alternative high school for the arts, Fort Hayes was once a major military training post and arsenal during the Civil War and through the Vietnam War. Dozens of buildings remain on the site, some of which are said to host the spirits of former soldier residents. These include the Shot Tower, at which a private was killed by an overheated cannon fire in 1865, and the Drill Hall, which is frequented by a World War II soldier that is often seen nervously pacing outside the building. 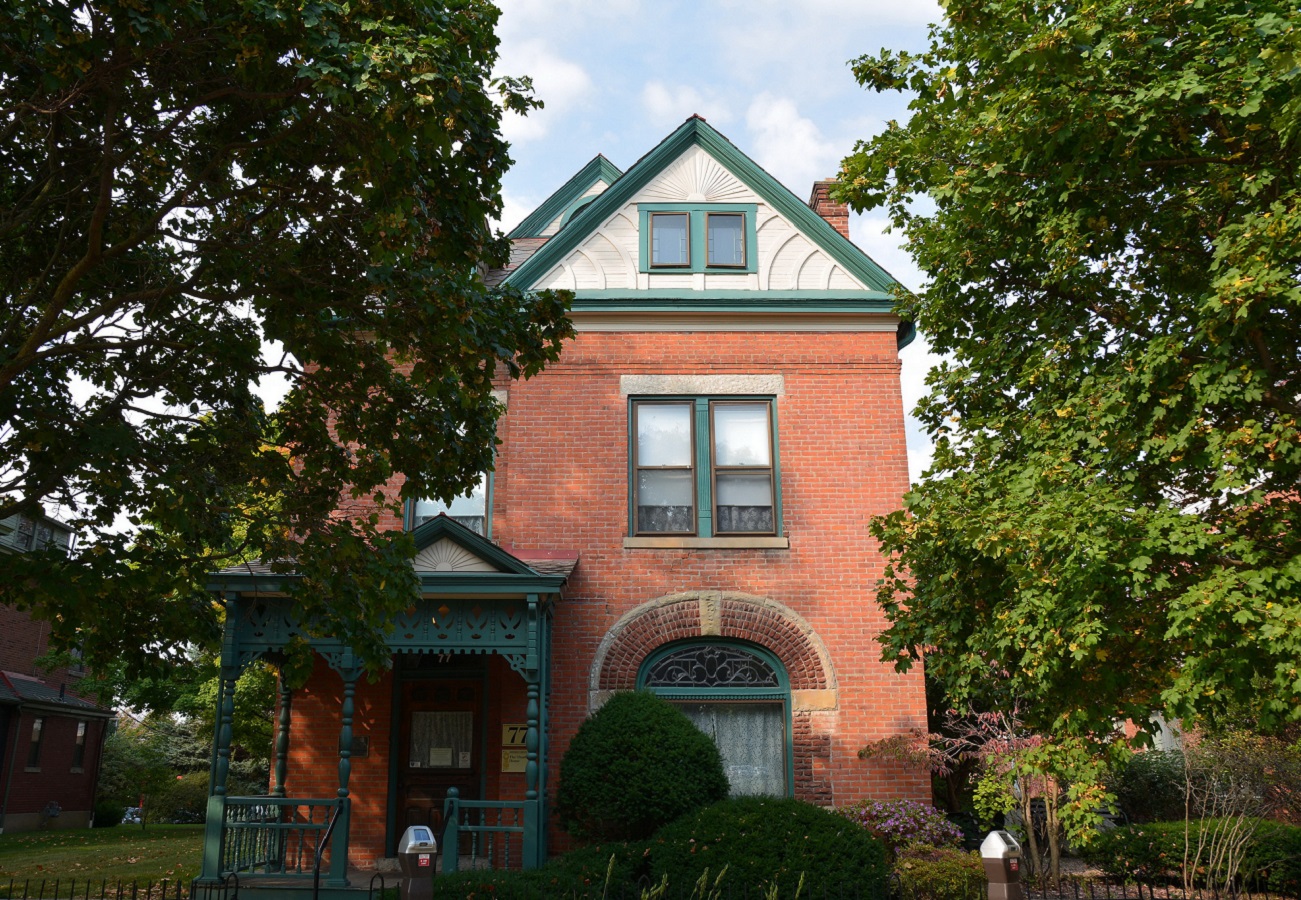 Now serving as a literary center, Downtown’s Thurber House was once home to writer and cartoonist, James Thurber in the early 1900s. During his residency, Thurber reported several paranormal encounters, even describing one in his humorous story, “The Night the Ghost Got In.” Still to this day, incidences of footsteps, shadowy figures, and flying books have been reported at the house. These are thought to be caused by the lingering spirit of a past resident who shot himself after catching his unfaithful wife, or possibly the souls of deceased patients from the nearby Central Ohio Lunatic Asylum, which burned down in 1868. 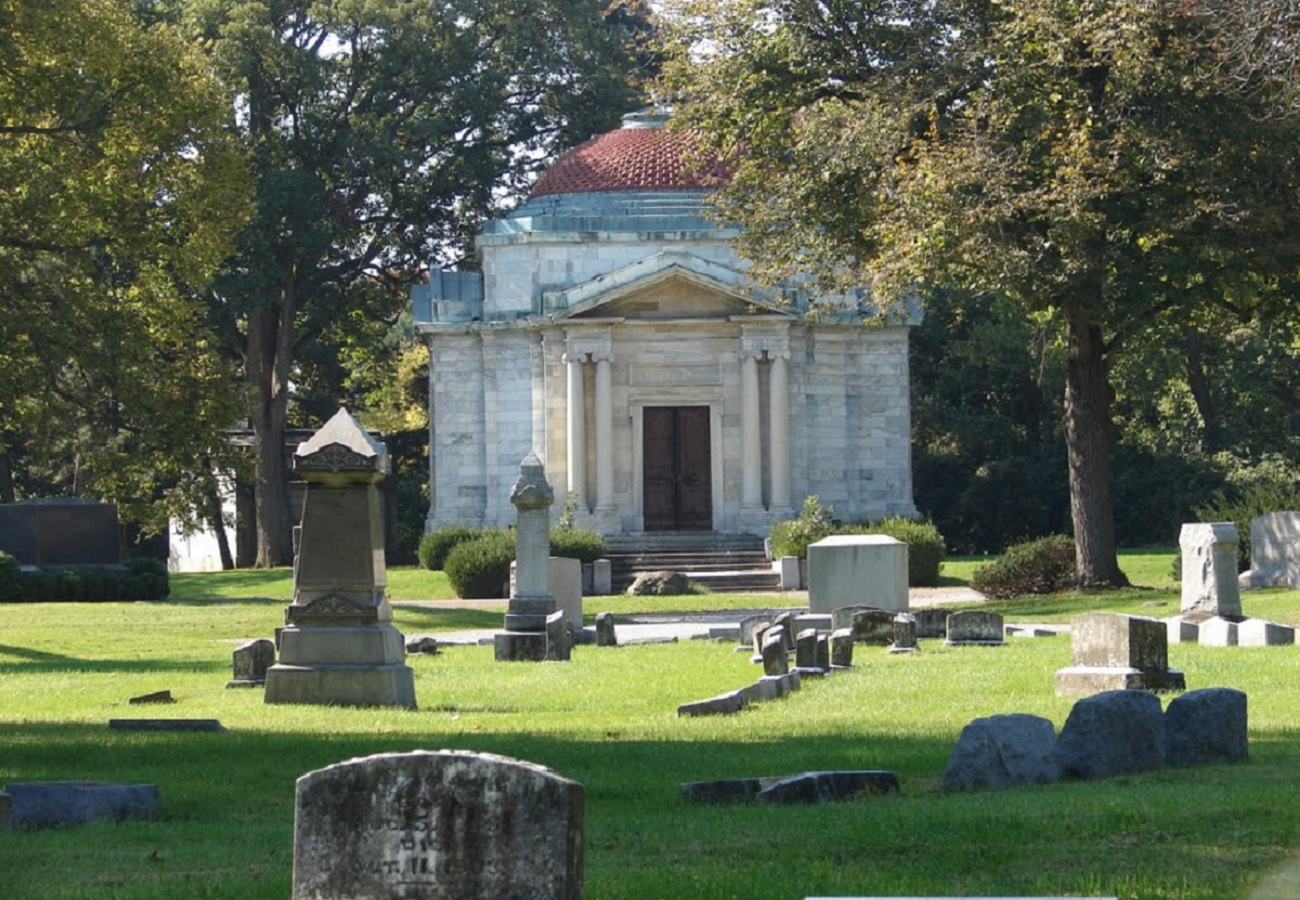 Home to over 150,000 burials across 360 acres, Green Lawn Cemetery is the second largest in Ohio, so it’s almost a given that spiritual activity has been reported here. Since 1848, it has served as final resting place to well-known Columbus names like Goodale, Battelle, Huntington, and Lazarus, plus past governors and politicians. Several graves are said to be haunted, including the Gay Mausoleum and the Hayden Mausoleum, at which you can reportedly knock on the door and receive a knock from inside in response. 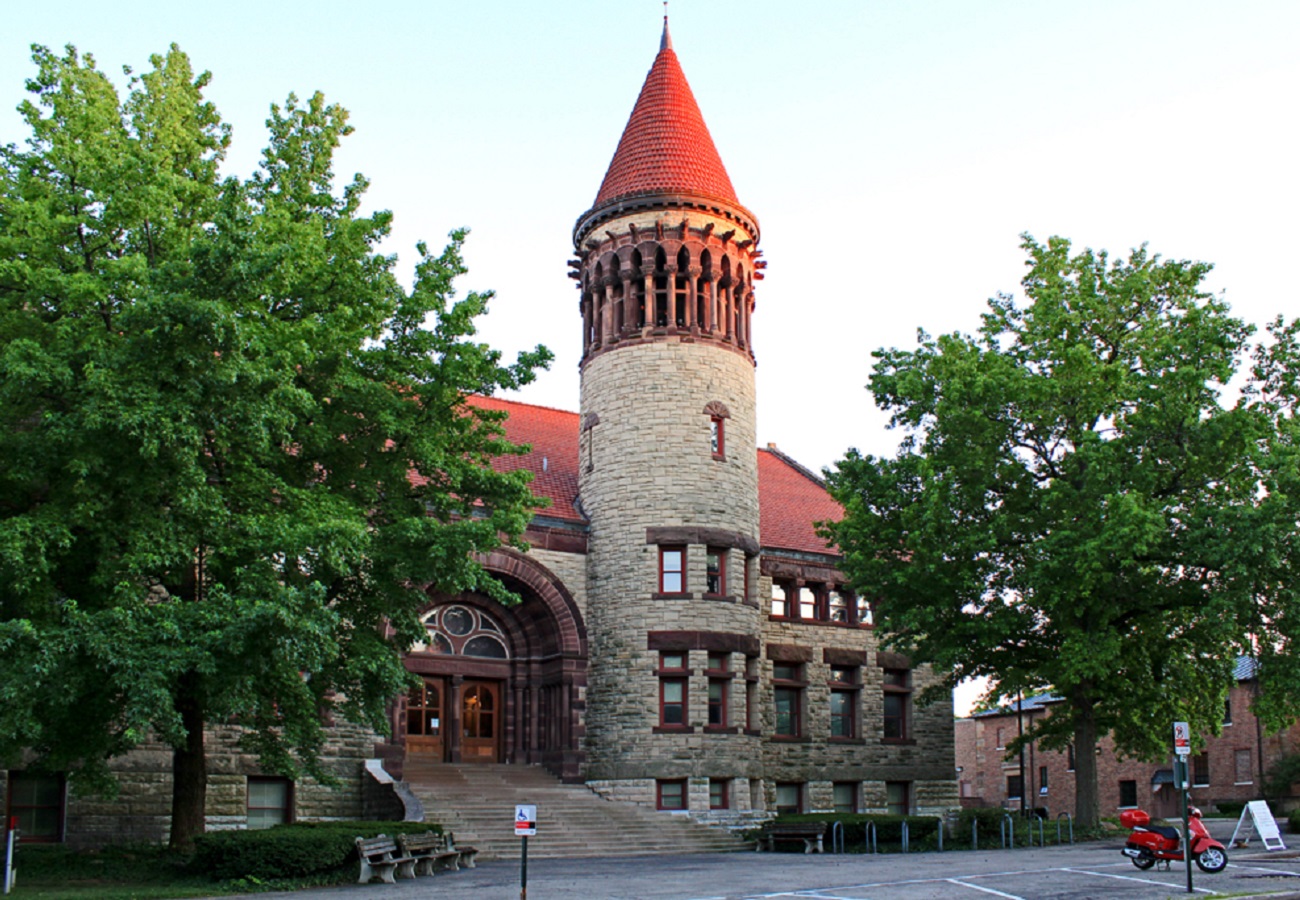 In addition to the Mirror Lake hauntings, OSU is also said to have spirits lingering in Orton Hall, one of the oldest buildings on campus, known for its spooky-looking tower & stone gargoyles. The site is said to host two spirits, one of which is Edward Orton, namesake of the building and the university’s first president, who can still be spotted reading by flickering candlelight in his study, and can be felt with cold bursts of air. The other not-so-typical entity is said to be a prehistoric man with a protruding brow, a hunchback, and thick hair, who is said to slam doors and bang on surfaces. Many believe his spirit has some connection to the Geological Museum that inhabits the building. 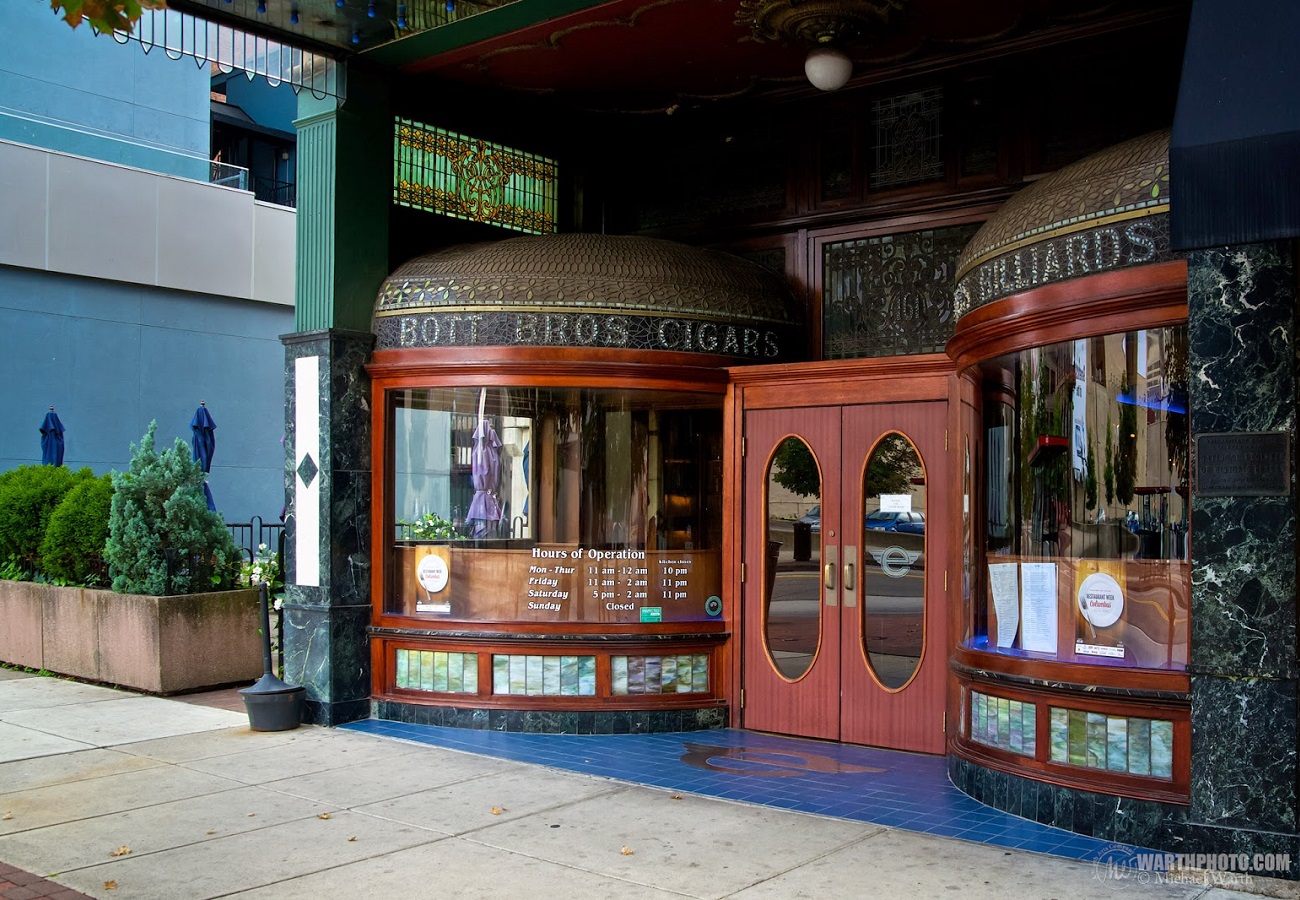 Michael Warth via The Thirsty Muse

Downtown’s Elevator Brewery has had several different names over the years, but one ghostly spirit has remained through the changes. The haunt’s story originates with a notorious womanizing colonel who was stabbed outside the pub by an ex-lover one wintry night in the early 1900s. Until it was recently replaced, the bar’s giant outdoor clock had since been stuck at 10:05pm, the exact time of the incident. Patrons have also reported sightings of the colonel in the building, and mysterious footprints appearing outside the bar during fresh snowfalls.