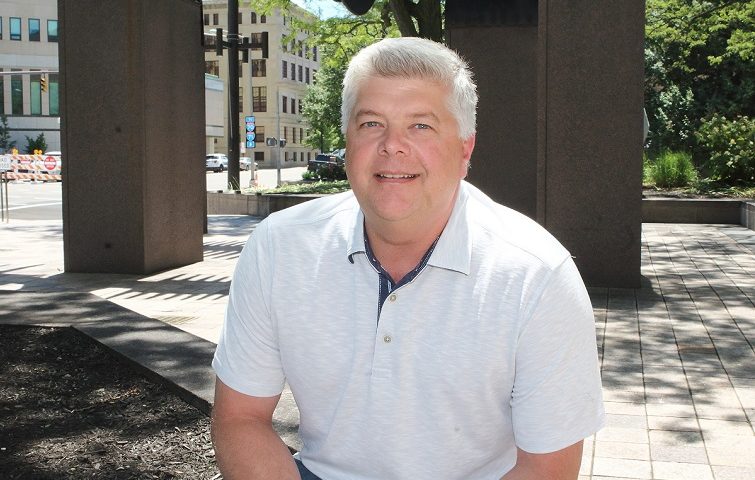 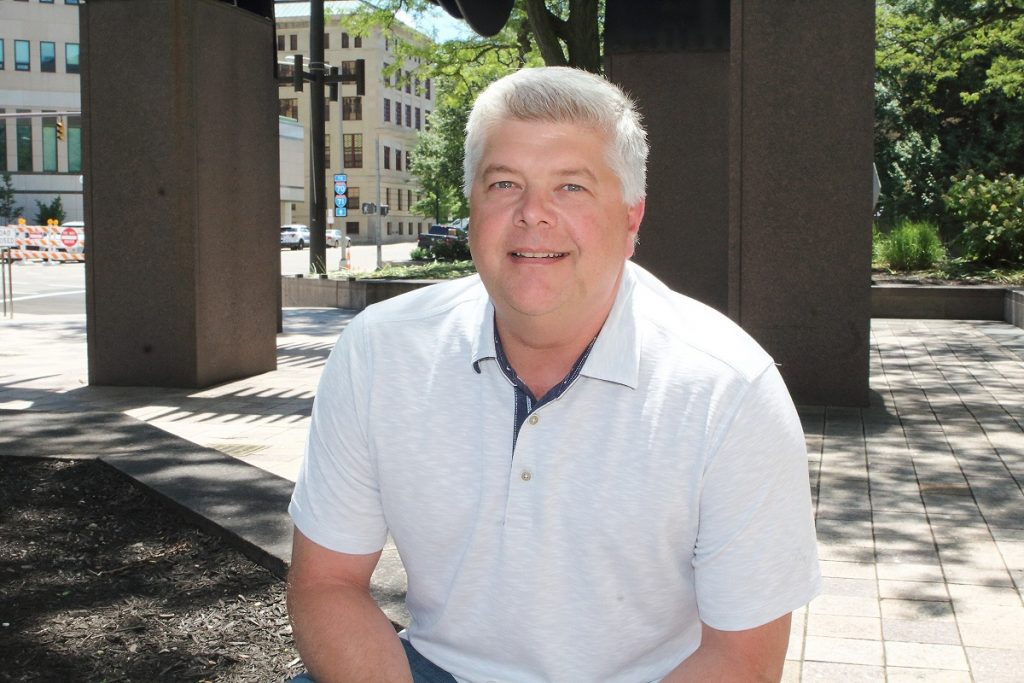 Stephen McKee serves as a KidCoach with Future Possibilities, something he initially started as a way to inspire his own sons to give back and volunteer in the community. McKee has grown to love the one hour a week he spends coaching, saying, “What I didn’t expect was how life changing it would be for me. The hope, optimism, creativity and excitement of the kids is infectious. After the hour I spend coaching my kid I always feel as though I have a more appropriate perspective of life and what is important.” McKee served in the Navy before landing in Columbus, and now works as a Market Analyst for AEP.

Give us a snapshot of your career path: I joined the Navy after high school. It was a 2 year enlistment program called “Sea College” that provided money for college upon completion. After my enlistment I was hired at Riverside Hospital here in Columbus and was employed there for 10 years as I intermittently took classes to gain my degree at OSU. In 2001 I accepted a position at American Electric Power on the hourly trading desk and have been here in a number of positions since.

What led you to become involved with Future Possibilities? How long have you been involved & what does the organization mean to you? A co-worker of mine had spoken to me about Future Possibilities and asked if I had interest. At about the same time I was encouraging my two sons to get involved in some kind of volunteer activity. It occurred to me that my own participation and example would be a much more productive incentive for them to pursue their own volunteer opportunities. I’ve completed two years with Future Possibilities. I find the hour a week I get to spend coaching is a great opportunity to disconnect from my normal responsibilities and totally focus.

What do you want everyone to know about Future Possibilities? I hope my time with the children I coach is life changing for them and that was my motive for joining. What I didn’t expect was how life changing it would be for me. The hope, optimism, creativity and excitement of the kids is infectious. After the hour I spend coaching my kid I always feel as though I have a more appropriate perspective of life and what is important.

What is the one thing you are most passionate about? I never recognized how little I had as a child until I was a young adult. As a young adult I didn’t worry about how little I had because I knew that hard work and personal responsibility were traits that would be rewarded because of a few influential adults who took an interest in me. I am passionate about being that influential adult that changes the course of someone else’s life.

What gets you up in the morning? And what gets you through the workweek? Setting an example for my two sons.

Who inspires you? I witness something inspirational every day and it often comes from a complete stranger. The kids I coach always inspire me.

How is Future Possibilities making an impact in Columbus? How can people get involved with the organization? Empowering kids and providing them the tools to achieve success is the most impactful thing that can be done for any community. Reach out to anyone currently acting as a kid coach.

What’s the most exciting thing about Columbus right now? I am a huge music fan and appreciate that on any night live music can be found somewhere in the city.

What are three things that you wish Columbus had?
• More dedicated bike routes for commuting
• More locally owned goods and services with patrons to sustain them
• Better weather (year-round)

If someone were to ask you what the “pulse” of Columbus is, what would you tell them? Vibrant.