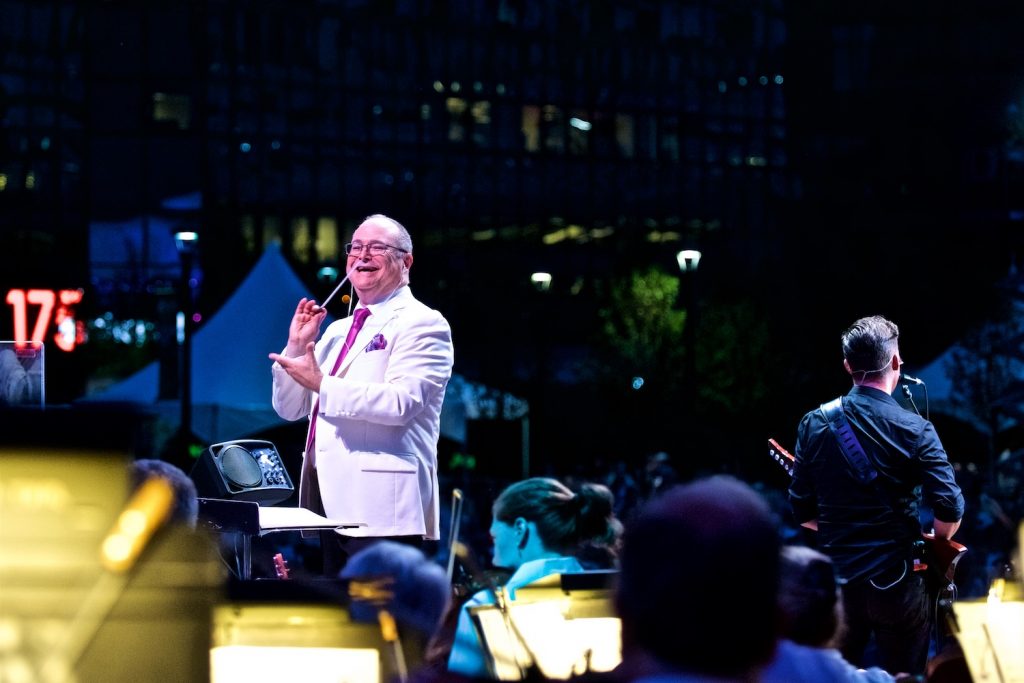 By Holly Wiencek, marketing manager for the Columbus Symphony

Stuart Chafetz returns for a second year to conduct the Columbus Symphony’s ever-popular Picnic with the Pops series. Performed throughout June and July in the Columbus Commons, the series kicks off with Kool and the Gang on June 14 and Jefferson Starship on June 15. We checked in with Chafetz to learn about his life-long love of music and what he’s planning this season.

Holly: Around when did you discover your love for music?
Stuart: Oh boy! I was a young kid. I loved to play the drums, so my mom gave me two drumsticks and Pappagallo shoeboxes, and I would be jamming on shoeboxes on the bed. I was always groovin’ and listening to the music of top 40 radio.

Holly: Are you still playing drums professionally as well?
Stuart: Yes! I am going to be playing on Tuesdays and Thursdays at Chautauqua this summer and driving to Columbus on Saturdays… and repeat that for seven weeks.

Holly: And our Maestro Rossen Milanov is conducting at Chautauqua again this summer, correct?
Stuart: Yes. We both do, actually! I’m going to be conducting 4th of July for a Star Wars film live in concert at Chautauqua, and I also do the Opera Pops there. Chautauqua is how I got connected with Rossen, and I got to know him as his timpanist in the summer. 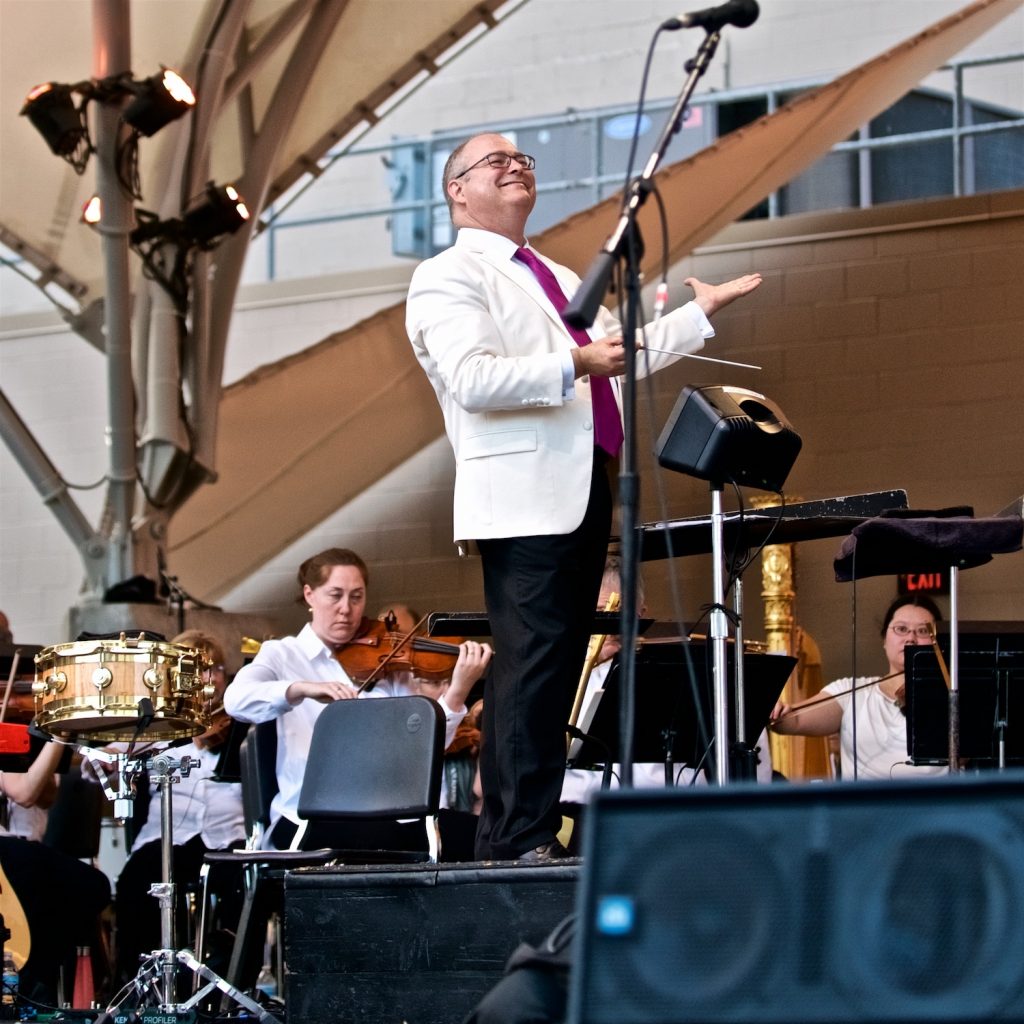 Holly: Standing at the podium, I’m sure that’s an incredible experience! Do you ever find yourself missing the timpani when you’re conducting?
Stuart: Oh, I love it! I know when all the good timpani parts are coming, so I’m anticipating the big parts, but I have fun incorporating the timpani into some of my conducting. If you remember the “Spaced Out” concert from last season, I actually played in Also Sprach Zarathustra, the timpani on the theme from 2001: A Space Odyssey, so it’s fun to kind of incorporate percussion.

Holly: With all of your experience in working with orchestras, what is it that draws you to the Pops?
Stuart: I love symphony pops music mostly because of the crowd reaction. A lot of the time it’s their first time hearing a symphony orchestra, or when they come back they know what to expect and it’s a party and a good time! People usually feel like they can open up and have fun, especially with Picnic with the Pops, it’s about dancing and partying and having a good time. The musical offerings that we have this summer are pretty incredible! We have a huge variety of wonderful tunes. I’m excited for Jefferson Starship! Dennis DeYoung from Styx is going to be incredible. The reaction of the crowd is great. I feel like we’re resonating with the people in Columbus. My draw was the reaction of the audience and how the community feels inspired and comfortable having a good time. To me that’s the draw. 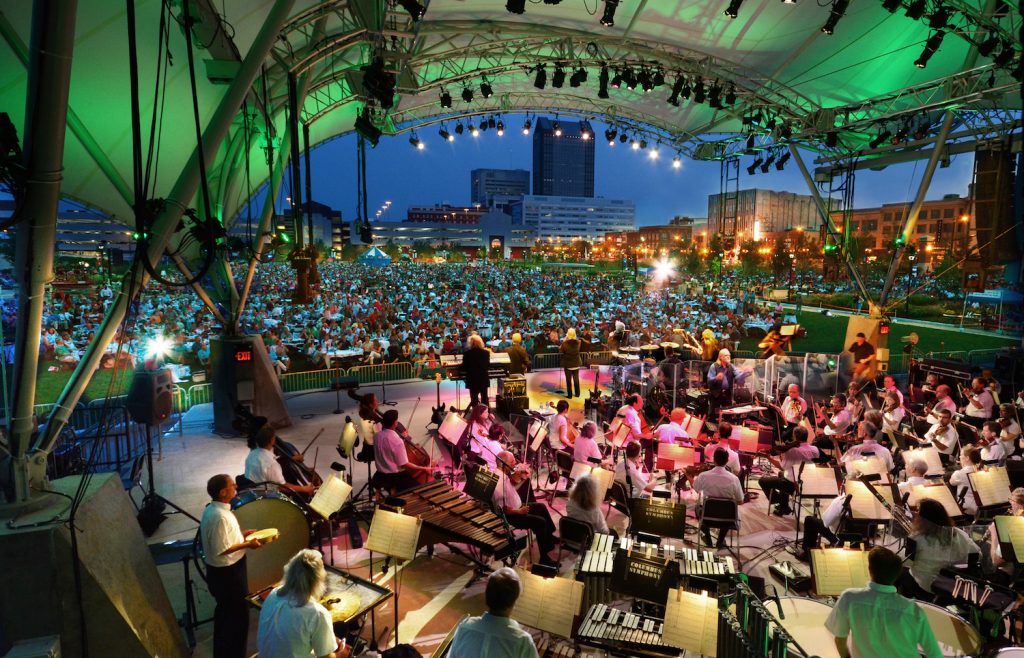 Picnic with the Pops at the Columbus Commons

Holly: Last summer was your first summer with us full time. What was the overall experience of Picnic with the Pops like for you?
Stuart: I was really impressed with the venue. I think it’s a beautiful space to make music. Looking out from the stage is a fantastic view and having the opportunity to go out into the lawn and listen to some concerts. It is such a gift from Columbus to have such a wonderful venue to perform with the Symphony. We are so lucky, because there are many orchestras who do not have a summer home. It a wonderful experience to have this all in one beautiful place. With the renaissance of downtown, I think that anyone who doesn’t give Picnic with the Pops a try is missing out.

Holly: We have some video of you from last year, especially from the Ohio State Marching Band concert, and you were dancing up there and having a lot of fun. Are you looking forward to any concerts in particular to let loose on stage?
Stuart: I like to disarm the audience right away. I say, “Here are the rules. There are no rules. If you want to dance, if you want to sing, we encourage it!” So I must be willing to do that, too. Some of this music, especially with Tito Puente Jr. and Jon Secada, that’s going to be fun and we’ll be grooving all night. And with the OSU Marching Band, that was my first time last year, and I’ve never quite seen anything like it before in my life. It’s jaw dropping how good the band is, the baton twirler – I’ve never seen that and got really excited about it. I feel important to be a part of this for a second year now.

You can see Chafetz and the Columbus Symphony at work in the Nationwide Picnic with the Pops series, running from June 14-July 27 at the Columbus Commons. It kicks off with Kool and the Gang on June 14 and Jefferson Starship on June 15. Lawn tickets are $30 in advance and $35 at the door. Table seats start at $50. For the full lineup and tickets visit PicnicWithThePops.com.